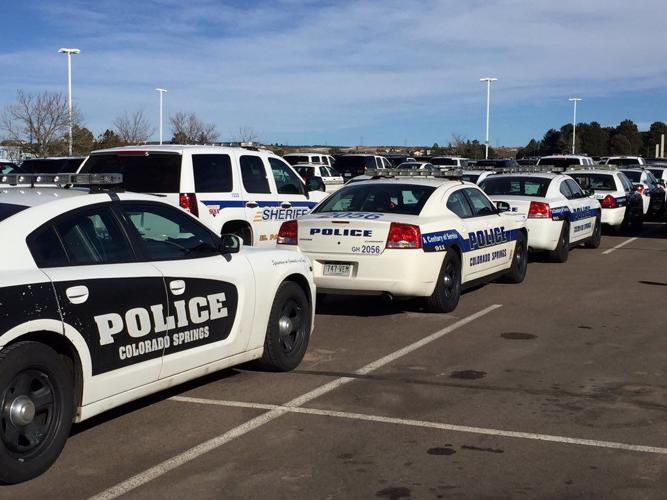 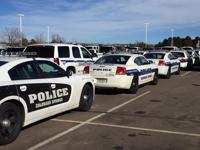 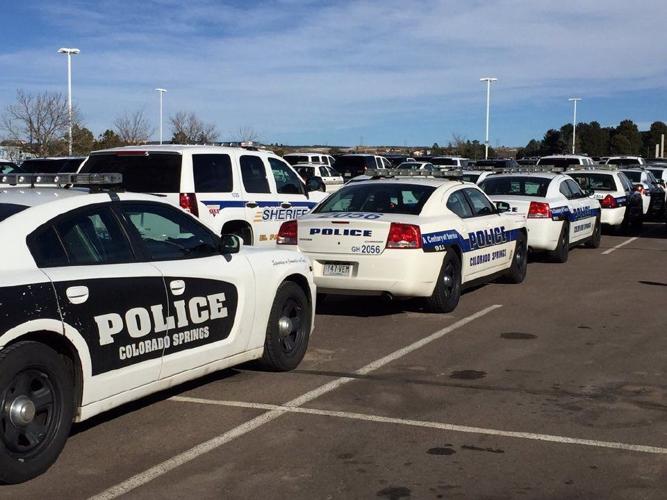 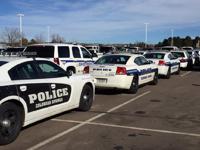 Policies are in place to monitor what information is conveyed to the public by local law enforcement agencies, but a deluge of leaks is leaving rules and regulations awash.

Officers purporting to be from both the El Paso County Sheriff's Office and the Colorado Springs Police Department have written anonymous letters, posted on a public website and contacted reporters from local media to voice accusations about corruption, safety issues and a lack of transparency within their respective agencies.

The letters are signed by "The men and women of the El Paso County Sheriff's Office" or "a veteran officer and supervisor" at CSPD, but authorship has never been verified, nor have all of the accusations.

Persons known to be officers or deputies have vouched for the anonymous complaints, but only on the condition that they, too, remain anonymous.

Recently, Sheriff Bill Elder denied claims made in one anonymous letter that said he showed favoritism and nepotism when hiring and promoting. Police Chief Pete Carey said he would not comment on any anonymous letters written about his department when officers have multiple forums to voice their concerns.

Carey meets regularly with groups that support officers, like the Colorado Springs Police Protective Agency and the Officers Advisory Committee. He talks to officers during line-ups. He holds a supervisor's conferences once a year, as well as a staff retreat for ranks lieutenant and higher, Carey argued in an interview Thursday.

"My door is open to every police officer and civilian employee in this police department," Carey said, a hint of frustration in his voice. "If they have a question to ask they ought to ask it. Not in an anonymous way but in a way that we can sit down and explain what's going on. And there's plenty of ways to do it if they don't want to ask me."

One current police officer, who asked not to be named, said it's because those methods aren't working that officers are leaking internal information to the public. Particularly, the officer supported the release of a recent anonymous letter that raised concerns about the department's policies and questioned Carey's leadership.

These leaks, the officer said, are "what happens when people don't feel like they have a voice."

According to Edin Mujkic, assistant professor specializing in national and homeland security at the University of Colorado at Colorado Springs School of Public Affairs, there are three primary reasons employees leak:

- There is a problem in leadership structure and members are concerned with the direction the organization is heading;

- Employees vying for positions in a changing organization use negative information to weed out their competition.

- There are external concerns, like a lack of funding, that employees hope will change if brought to the public's attention.

Leaks coming out the CSPD last year appeared to fall under the last category.

In the fall, officers secretly told The Gazette they didn't feel safe on the job because of a staffing shortage they attributed to low pay, and later they turned over a survey by the CSPPA that supported their claims.

Soon after, Carey announced a reorganization that collapsed specialized units in order to put more officers on patrol to cover each other and to reduce response times which had crept close to 14 minutes on priority one emergencies. That's yielded positive results, Carey said.

Officers are reporting better cover on the road and priority one response times were down to 11 minutes and 16 seconds by the end of February, Carey said.

Officers got better pay, too.

Carey said salaries still aren't quite on par with market values, contributing to a rising turnover rate of about 4.7 officers a month, but it's something he and Mayor John Suthers continue to work on. First, he plans to hire more officers.

"Right now, frankly, I'm hiring officers as fast as I can but they're not staying around as long as they used to."

But now, Carey's leadership, specifically, has come under fire via an anonymous letter written by a purported CSPD supervisor. The letter outlined "alarming" grievances with Carey's administration that, according to the writer, have led to a culture of distrust and low morale.

None of the complaints are new, Carey said, but he bristled at accusations of low morale. He questioned how it is being measured.

The CSPPA, which is comprised of sworn officers and represents their interests, attempted to answer the question with their member survey last summer. Responses from nearly 450 officers revealed that morale ranked third on a list of five grievances, behind pay and low staffing.

A number of factors can play into morale, like pay and a shrinking staff, but officers also hinted at mistrust in management.

When it came to direct supervisors, like their sergeant or equivalent, 45 percent of officers said they felt supported "all of the time," but support dwindled as ranking increased.

Respondents gave similar numbers to command staff, the survey showed. It was leaked to The Gazette after the CSPPA initially declined to release it.

CSPPA Vice President Derek Graham declined to comment on the survey results, saying, "We're not getting bombarded with morale issues," and "We just stand by what the survey said."

The CSPPA said the anonymous complaint letter "serves the needs of the author only, who to the best of our knowledge, has not come forward to the CSPPA with any grievances."

Carey wasn't convinced the survey showed alarming trends within in his department, but was sure that he'll never please every person in an organization of a thousand.

Statistics show officers are responding to more than 400,000 calls for service a year, and those calls are becoming more dangerous, leading officers to use deadly force "every six or seven weeks," Carey said. Officers are "feeling the stress of that," he said.

"I'm not telling you it's the Wild West here, but I'm telling you that both what I'm reading in police reports and what I'm hearing from our officers, it is getting more violent and more dangerous and it seems people are more prone to engaging our police officers not only verbally but violently."

Pay is a known issue, especially when the El Paso County Sheriff's Office "a mile down the road" pays new officers about $10,000 more.

"That does nothing to help with the morale," Carey said.

Officers didn't like it when he decided not to spend an estimated $120,000 to switch the uniforms from light blue to navy, Carey said.

And they pushed back against new policies last year that now require officers to report every time they point their weapon at a person and to wear a body camera when interacting with the public.

"If you think that 700 police officers were thrilled about getting a body camera strapped to them for 10 hours of the day, that's not the case," Carey said. "Do you think that helps morale? It's a new standard of doing your job that we didn't use to have and it's tough."

Carey admits some of his decisions may have ruffled feathers, but says it's part of the chief's job.

"There has to be an operational reason (for changes) that either benefits the community or our police officers, and to be honest with you, it's got to be in that order," Carey said. "I'm not operating a police department that solely is trying to improve the work conditions for our police officers."

Still, locally some leaked complaints have proven true in the past.

Most famously, rumors floated from the sheriff's office in 2014 led to the resignation of disgraced Sheriff Terry Maketa. Ultimately, Maketa was indicted on six charges, alongside two employees. His trial is set for May.

Leaks also brought to light a sheriff lieutenant who quietly retired after using racial slurs to describe then President Barack Obama at a time when law enforcement across the country was under scrutiny for racial profiling.

Concerns about jail food and meal portions that caused a five-hour standoff between inmates and deputies earlier this year have raised questions about the new food vendor.

And most recently, officers revealed errors with CSPD's reporting system that led to potentially thousands of documents being inadvertently withheld from attorneys. Days later, the department officially announced the error and said it is reviewing those reports to see what impact, if any, the glitch had on the outcome of cases.

Other leaks across county agencies have fallen flat.

For example, the El Paso County Board of Commissioners recently looked into accusations of "cover ups" and poor hiring practices by Elder and found things were "sound." They gave the sheriff their full support.

The Gazette also determined that the complaints against the sheriff couldn't be substantiated.

Without speaking directly to the anonymous complaint letter, Carey admitted that some of the concerns waged against him and the department were true, at least in part.

The department, as a rule, also doesn't disclose information about those investigations. But Carey acknowledged the investigations are taking "too long."

A new reporting system implemented last year is expected to speed up the process, he said.

Carey also agreed that he mishandled accusations that four of his officers used racial profiling and excessive force when they arrested Matthew Talley in 2015. They didn't, an investigation later revealed, but Carey was silent on the issue until a Feb. 1 guest column in The Gazette.

Some officers interpreted Carey's silence as a lack of support, and said it needlessly damaged the department's image in the community. They called for him to release the video exonerating those officers; he declined in interest of preserving the ability for people to make complaints without fearing public ridicule.

Carey said he expected the American Civil Liberties Union to correct the record since they waged the public complaint on Talley's behalf.

"I don't always get it right. I don't think I got it right with the Talley deal," Carey said. "I expected the ACLU to take the high road and say 'You know what, you're right, that's not what happened.' And I thought they were going to do that and I regret that.

"I wish I had came out and said 'shenanigans,'" Carey said.

The ACLU declined to comment, citing pending settlement negotiations concerning CSPD's treatment of another black individual, Ryan Brown. Brown and his brother were pulled from their vehicle and arrested in 2015 during what the ACLU alleged was a questionable traffic stop.

Whether complaints have been verifiable or not, the leakers show no sign of stopping. The anonymous penmen scrutinizing Elder have created a website where their accusations are placed directly before the public's eye without media filtering. Carey's critics are finding more aggressive ways to be heard and indicate they'll keep fighting until they see results.