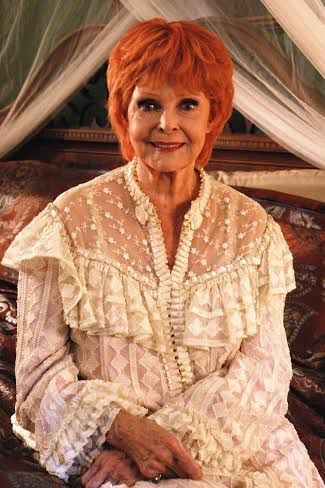 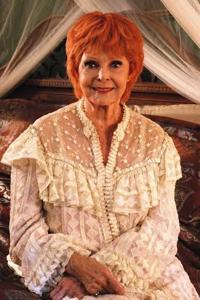 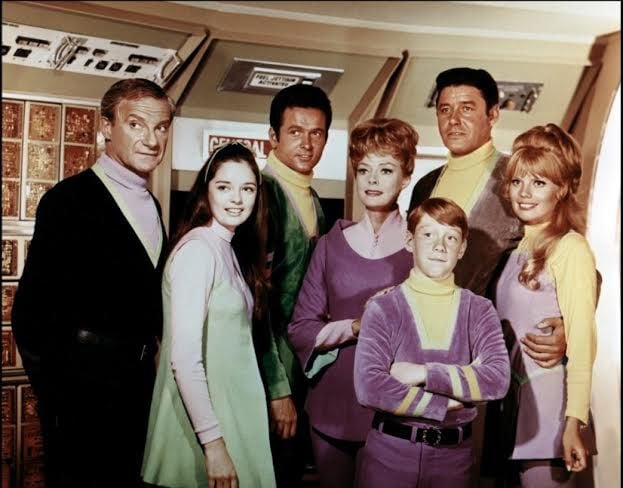 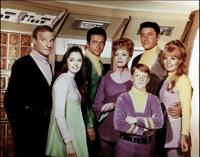 In show business since she was 8, Lockhart scored a place in pop culture history with several TV shows, including "Lassie," and "Lost in Space," seen here.

In show business since she was 8, Lockhart scored a place in pop culture history with several TV shows, including "Lassie," and "Lost in Space," seen here.

Best remembered by sci-fi fans for her role of TV space mom Maureen Robinson in the '60s series "Lost in Space," June Lockhart was honored by NASA in October. It was a recognition she says was a highlight of her long career, which includes a Tony Award, an Emmy nomination and a couple of stars on the Hollywood Walk of Fame.

"I was presented with the Exceptional Public Achievement Medal for my work with the space agency," explained the 88-year-old actress. "I've been to two space shuttle launches and worked with NASA since the 1970s, addressing their employees and traveling on NASA's behalf to promote the agency. So I'm absolutely thrilled by this recognition. No other actress has received this honor."

One of her memorable experiences occurred during a Space Shuttle mission in 1992. She suggested NASA use "The World is Waiting for the Sunrise," a catchy '50s hit by Les Paul and Mary Ford, as wake-up music for the astronauts. The song held special significance because the lyrics were written by her father, character actor Gene Lockhart.

said. "Then a voice from space came over the speaker: 'Some of us up here want to know what Lassie's mother is doing in Mission Control at 2 o'clock in the morning!'"

"Lassie," one of the TV's longest-running shows (1954-1973), was Lockhart's other big hit in which she dispensed maternal wisdom, this time for six seasons as a farm mom. Later, she morphed from matriarch to medic as Dr. Janet Craig for three seasons on "Petticoat Junction."

"Petticoat Junction was a delight to do with wonderful scripts," she said. "It was great playing comedy after 'Lost in Space,' which was more dramatic, and 'Lassie,' which didn't have many laughs."

On the big screen, 12-year-old June made her debut in the 1938 holiday classic, "A Christmas Carol," alongside both her parents, Gene and Kathleen Lockhart, who played the Cratchit parents. While she went on to costar with greats such as Gary Cooper in "Sergeant York" and Judy Garland in "Meet Me in St. Louis," "A Christmas Carol" is special since it was the only time she appeared with her parents in a motion picture.

In addition to being an advocate for NASA and many other causes, Lockhart continues to work and costarred in the comedy spoof "Zombie Hamlet," which had its world premiere at the 2012 Palm Beach International Film Festival. It was released on DVD last month.

"In December, I also celebrated my 80th year as a paid performer in the business!' said Lockhart. "I made my debut at the age of eight in 'Peter Ibbetson' at the Metropolitan Opera House."

While actors are used to receiving accolades for career milestones, Lockhart admits to still being overwhelmed by the NASA recognition and is, she says, "over the moon about it!"

Nick Thomas is the author of "Raised by the Stars: Interviews with 29 Children of Hollywood Actors."