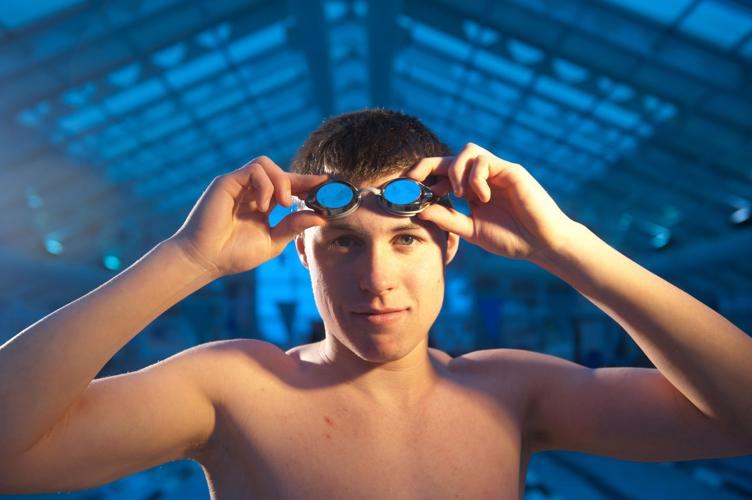 Lewis-Palmer swimmer Hunter Bains is The Gazette's Peak Performer of the Week. He was photographed at the Monument Hill Country Club on Monday. Photo by MARK REIS, THE GAZETTE 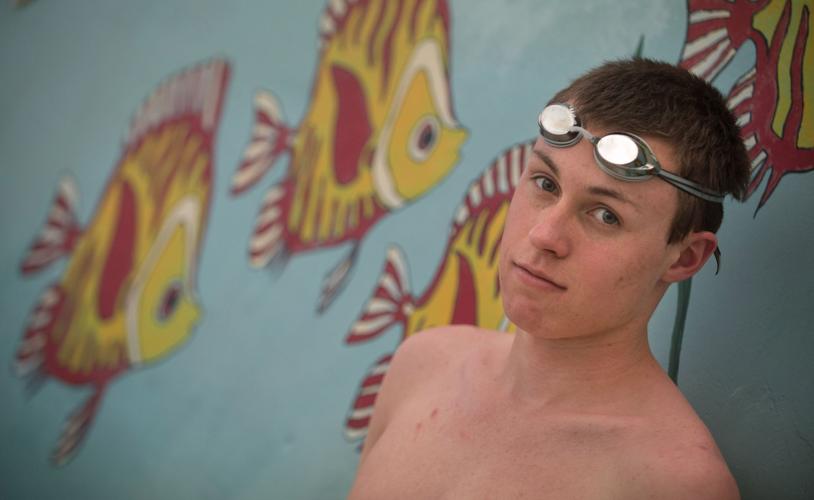 Lewis-Palmer swimmer Hunter Bains is The Gazette's Peak Performer of the Week. Photo by MARK REIS, THE GAZETTE

Lewis-Palmer swimmer Hunter Bains is The Gazette's Peak Performer of the Week. He was photographed at the Monument Hill Country Club on Monday. Photo by MARK REIS, THE GAZETTE

Lewis-Palmer swimmer Hunter Bains is The Gazette's Peak Performer of the Week. Photo by MARK REIS, THE GAZETTE

After the week Hunter Bains had, it wouldn’t have been surprising if the Lewis-Palmer swimmer just wanted to crawl into bed for a long nap.

The junior led the Rangers to a tie with 4A defending state champ Air Academy on Wednesday and then was a key contributor to L-P defeating 5A powerhouse Arapahoe on Saturday, 100-88.

“His versatility is one of his main things that makes him so good; he’s not even really a breaststroker, but he just won it twice against great competition,” said Lewis-Palmer coach Alan Arata. “We can put him where we really need to have him. It’s tough to go against Air Academy and then Arapahoe in the same week.”

Against the Kadets, Bains had to swim all four events in the second half of the meet, leaving little time for rest and recovery. He even swam back-to-back events at the end of the meet, going against Air Academy star Devon Davis in the relay.

“I’ve been swimming for a long time, and I know how much energy I needed to put into the races to beat the guys who were going against me and still have something left for the last relay,” Bains said. “That was a rough week for everyone because we were pumped up for Air Academy and then had to reset our minds on Arapahoe.”

Instead of taking that well-deserved nap, Bains was back in the pool on Sunday – for fun. But when you come from a family of swimmers, being submerged is the norm.

Bains has five siblings – all swimmers – including his brother Cade, who is a sophomore on the team. The pair have been giving opposing teams headaches since they were little.

“I’ve been swimming with my brother as long as I can remember, and it’s really nice having someone to race against, and it’s great to have someone to push me through,” Hunter said. "We come from a swimming family and we’ve all been doing it since we were 4. My mom swam for Cherry Creek in high school and we’ve been surrounded by water our whole lives.”

Bains says he can beat his little brother in the freestyle events, but when it comes to any other event, it’s a coin flip.

Arata expects his junior star to be at the state meet in both the 100 and 200 freestyle, as well as the relays, but knows how difficult it will be to win it all this season. The veteran coach is pleased with the role Bains has taken on the team.

“We have seniors on the team who are the captains, but I think anybody on the team can be a leader,” Arata said, "and I think Hunter has certainly done that the last few meets for us with his production."