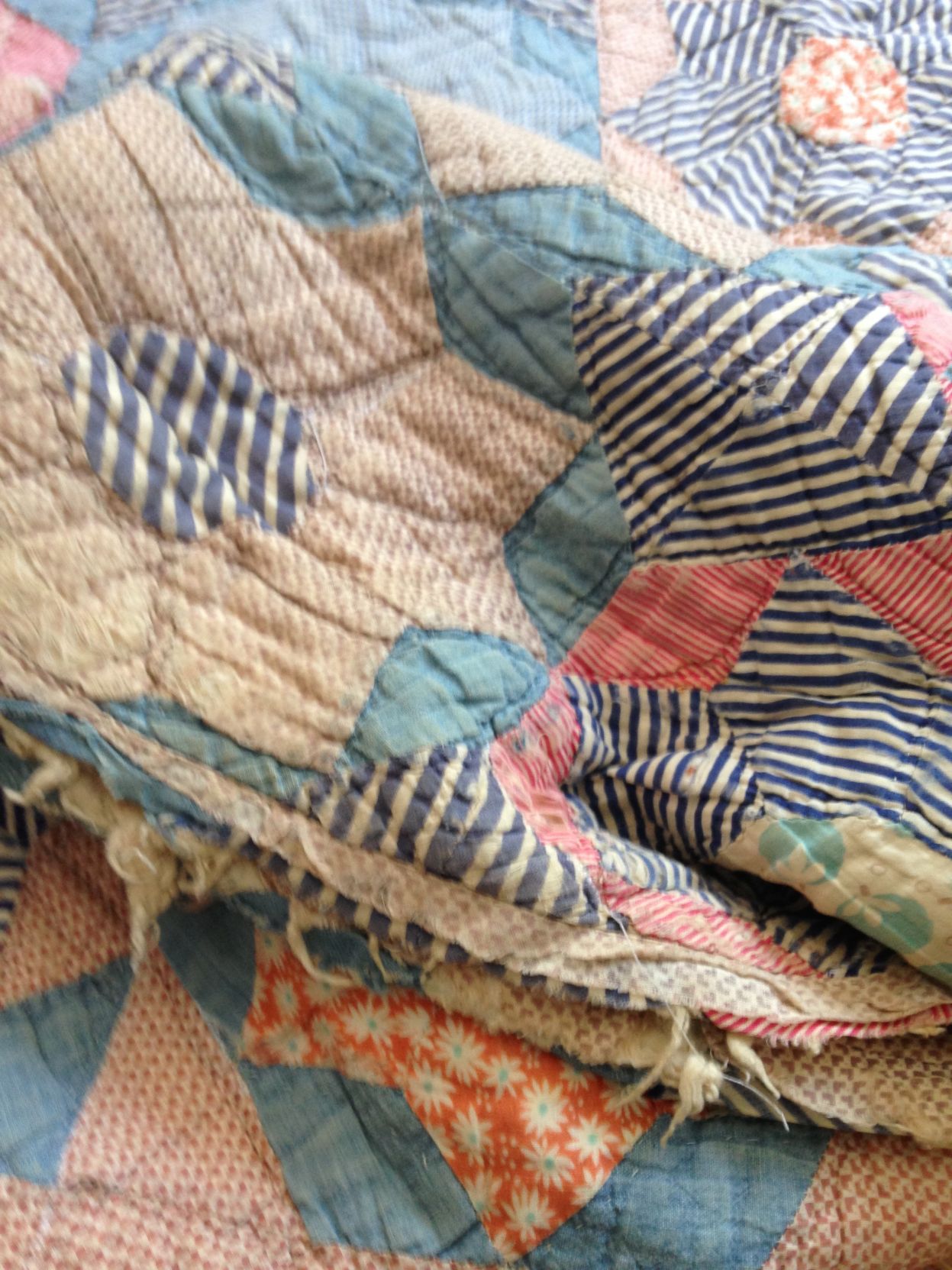 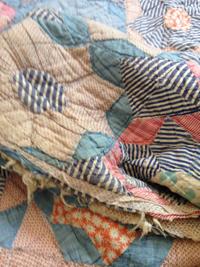 Shizuko quilt, given to her by a Quaker woman in 1942. (Photo courtesy Satsuki Ina.) 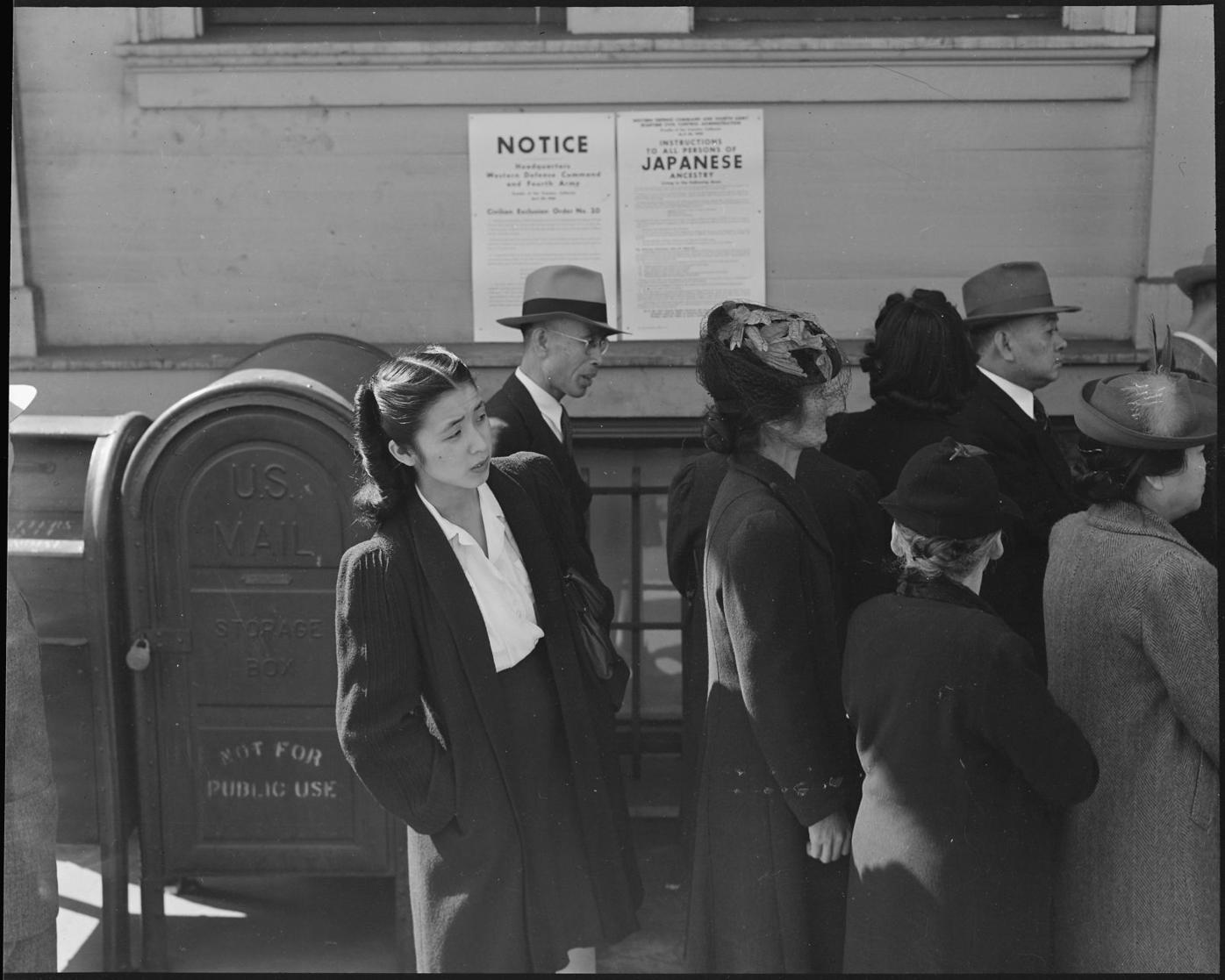 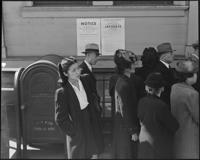 Shizuko quilt, given to her by a Quaker woman in 1942. (Photo courtesy Satsuki Ina.)

Shizuko Ina was ill, near the end of her life when daughter Satsuki saw a tattered quilt on her bed and suggested a fresh replacement.

“Let’s get you a new blanket,” Satsuki said, taking hold of the quilt. “This is kind of raggedy.”

“No,” she told her daughter.

It was a quiet afternoon in a San Francisco apartment, but soon Shizuko returned with her daughter to a dark day of injustice in American history. With her hand on the precious, tattered quilt that never could be replaced, Shizuko told this story:

In the spring of 1942, a pregnant Shizuko and her husband, Itaru, were forcibly removed from their home in San Francisco after the Japanese bombing of Pearl Harbor. Both were American citizens, born in the United States. After President Franklin D. Roosevelt issued Executive Order 9606, the couple was removed anyway.

Shizuko spent her first years in rural Washington state but after her mother’s death was sent to Japan so her grandmother could care for her. She returned to Washington at 16 with virtually no English skills and was placed in a first-grade class. Embracing determination, she rapidly learned to speak and write English and graduated from high school two years later.

After being removed from their home, Shizuko and Itaru were sent to the Tanforan Racetrack, where, in better days, Seabiscuit sprinted to celebrity-horse status. Shizuko and Itaru slept in smelly stables recently used for horses. More than 8,000 Japanese-American prisoners slept at the racetrack. Some in stables. Some in the grandstands. All bewildered and uncomfortable.

It was a trying pregnancy for Shizuko, made more difficult by the betrayal of the American government and the silence of the American people. Shizuko could see crowds, living their normal lives, walking past the racetrack. She wondered if anyone cared.

A Quaker woman noticed Shizuko and could tell she was pregnant. She tossed an intricately woven quilt, dominated by red, black and gold patterns, over the fence.

“I hope this helps,” the Quaker woman said.

For decades, Shizuko and Itaru talked little of their imprisonment. Satsuki said she, as a college student, heard her mother tell the origin of the quilt, but the story didn’t sink into her mind.

“It didn’t have that much impact on me,” she said. “I didn’t understand. I knew they were in camp. I knew there were some hardships. I knew it was a difficult time for my parents. But I was raised not to ask too many questions.”

As her mother told the quilt story, Satsuki understood the despair and horror. She finally grasped the power of the quilt.

“Why is this so important to you,” Satsuki asked her mother as they held the quilt.

Her mother spoke slowly, wanting her daughter to understand.

“This blanket always helped me remember that somebody outside cared,” Shizuko said.

Satsuki told the quilt story in February during a Day of Remembrance at Denver’s Colorado History Museum. When she finished talking about Shizuko and the precious, tattered quilt, the audience of 300 gasped.

The story inspires Satsuki, too. She’s retired after earning a Ph.D. and serving as professor at Cal State-Sacramento. She plans to lead a march March 30 to Dilley, Texas to protest the incarceration of Central American refugees. She will first visit Crystal City, where she was held while separated from her father, and then join dozens on a 50-mile bus ride to the South Texas Detention Center. There, she will protest injustice. Racism and hysteria, she said, have not departed American life.

She often thinks of the quilt and what it meant to her mother.

“It’s a reminder of what I can do today,” she says. “I can stand up today for people who are being targeted.”

The Veterans of Foreign Wars Post 4051 is the epicenter of the struggle against bike lanes in Colorado Springs.