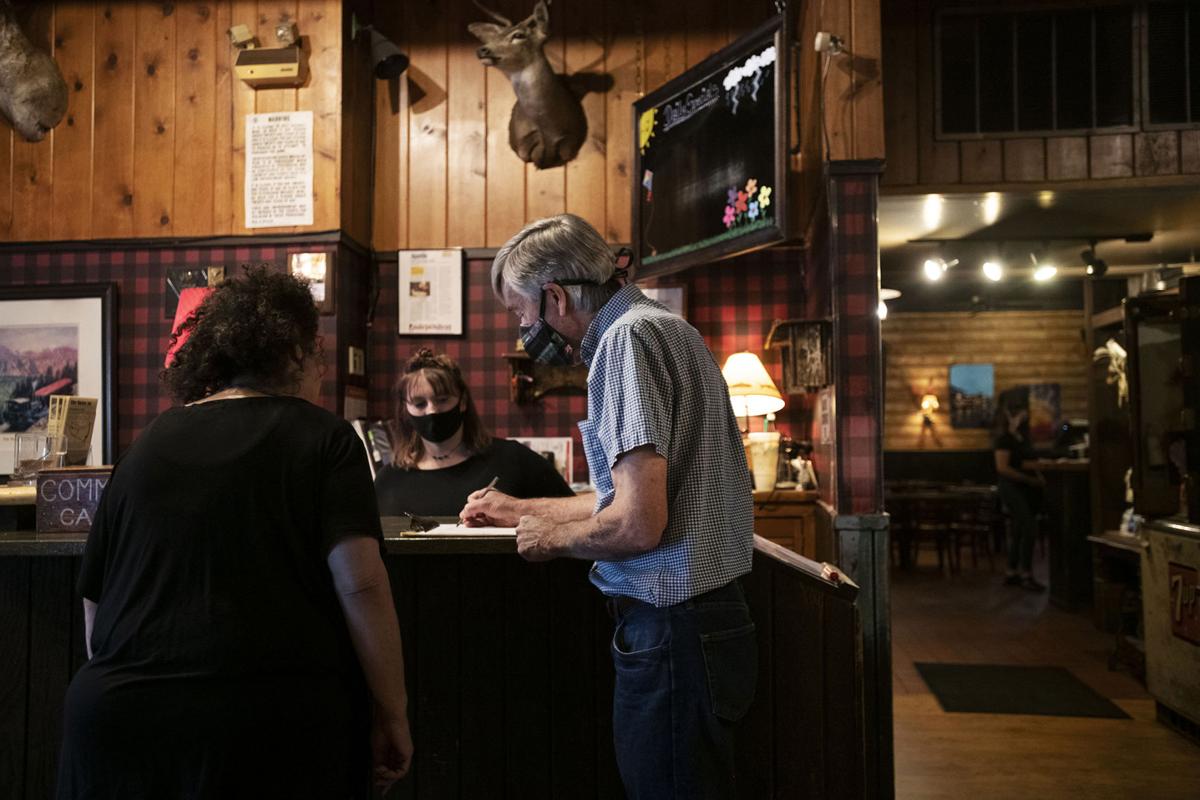 Tim Payne, owner of the Mason Jar at 2925 W. Colorado Ave, signs in a customer's information at his restaurant in Old Colorado City on Thursday, May 28, 2020. (Chancey Bush/ The Gazette) 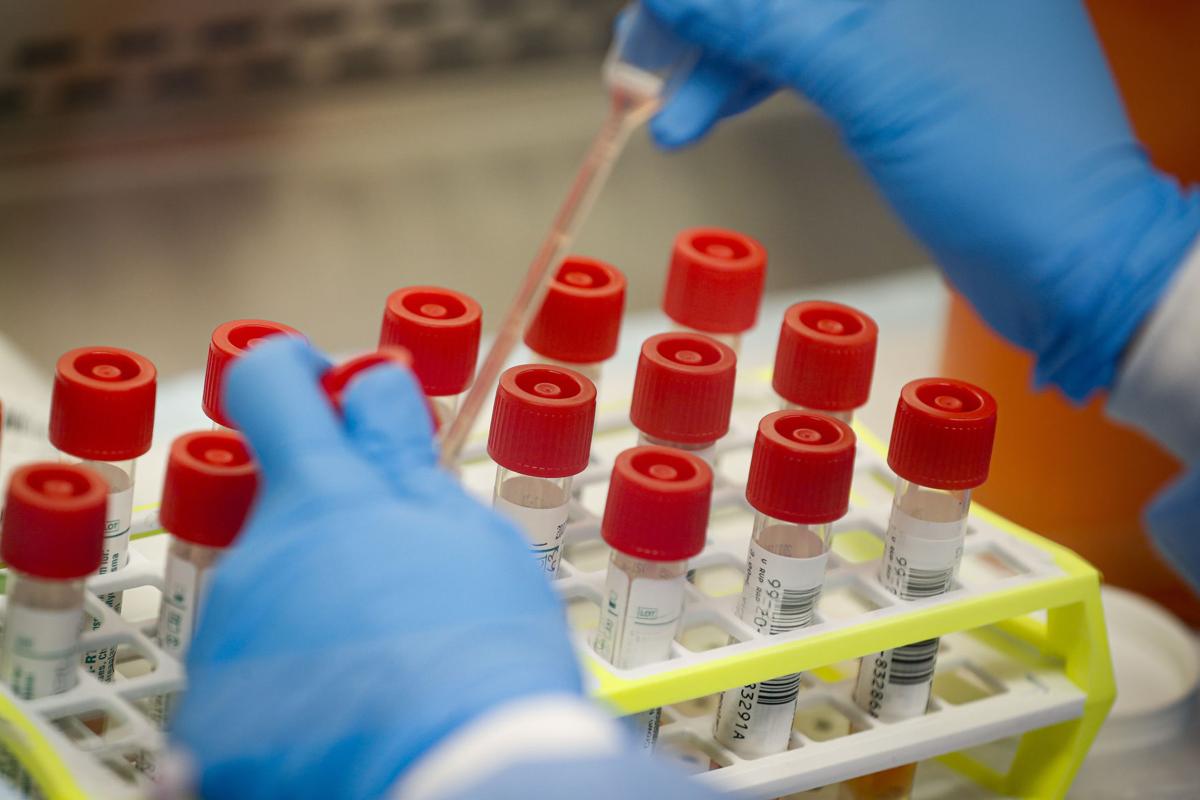 Tim Payne, owner of the Mason Jar at 2925 W. Colorado Ave, signs in a customer's information at his restaurant in Old Colorado City on Thursday, May 28, 2020. (Chancey Bush/ The Gazette)

As coronavirus transmission rates in El Paso County march ever higher, the state health department will not require new coronavirus restrictions in the community, despite a missed deadline Monday for the county to show improvements.

"Their case numbers are dropping, which shows some of their mitigation efforts have been successful," a statement from the state health department said.

While a recent three-day average of cases in El Paso County is down slightly, other indicators the state uses to measure the spread of coronavirus are trending up.

The state defines a high-level of COVID-19 spread within a community as more than 100 new cases per 100,000 residents on average over two weeks.

The percentage of residents testing positive, the average number of new cases per 100,000 over two weeks and coronavirus hospitalizations are all used to measure the level of coronavirus transmission in a community and determine the level of gatherings that should be allowed, according to the state's website.

The state's decision not to take action comes despite comments from a state spokesman to The Gazette saying the county would face consequences if it failed to show progress. The state said July 6 in a statement the number of people allowed to gather could be automatically reduced if the county did not reduce virus transmissions to levels reported when variances were approved. When the state granted the county's second variance request, the two-week average of residents testing positive was 3.41%, which is considered a low level of transmission.

If the number of people allowed to gather had been reduced it could have hurt businesses in the community and could have forced some of them to close.

The state did not answer questions asking why it is relying on a three-day average to judge the rate of transmission in the county or if holding the largest gatherings allowed in the county is still safe. The state allows up to 175 people to gather indoors in El Paso County.

El Paso County Public Health spokeswoman Michelle Hewitt said the agency is concerned about the spread of virus, even though the lower three-day average is encouraging.

"Our aim is to see a sustained decrease in cases over time," said Dr. Robin Johnson, El Paso County Public Health medical director.  The agency is more concerned about trends over weeks, rather than days, Johnson said.

The state's inaction gives the county more time to see if prevention measures, such as the governor's mask mandate, will slow disease transmission, Hewitt said. The effect of prevention efforts tend can be delayed weeks.

When asked about limits on large gatherings, Johnson said the focus should be on proper prevention measures, such as masks and social distancing to ensure safety rather than the number of people gathered.

Enforcement of the mask mandate: Who's doing it, who isn't

"In general, smaller gatherings may help lower disease transmission risk, so we ask that our community make informed decisions to keep our residents healthy," she said.

Gov. Jared Polis addressed a rising number of COVID-19 cases throughout the state Tuesday. He said 15 counties, including El Paso County, have a high level of disease transmission and could lose their variances if they are unable to slow the rate of spread in two weeks.

The county was granted variances that allowed the Cheyenne Mountain Zoo to reopen and churches, restaurants, gyms and other venues to operate at higher capacity than would otherwise be permitted under state health orders.

El Paso County reached the deadline Monday for reducing the spread of the coronavirus or facing new limits on large gatherings in restaurants,…

The latest numbers for conronavirus in Colorado