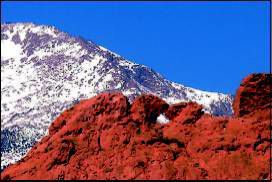 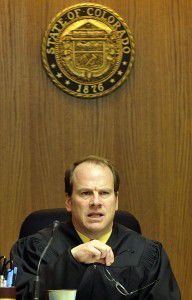 A judge has smacked down one of the most affluent homeowners groups in Colorado Springs in a decision that affects any HOA thinking of trying to absorb a smaller, neighboring association.

It was a big victory for the 49 members of the townhome HOA, which stood up to the 597-member Kissing Camels Estates in the face of punishment, threats and a lawsuit.

This drama started in 2008 when the larger POA invited the townhome owners, as well as four other small HOAs within Kissing Camels, to join the larger group. For the privilege of joining, they would have to pay $170 per month, apiece.

Historically, townhome owners have each paid about $58 a month for community security guards and to maintain the private roads they share.

The townhome owners were not happy at the idea of paying nearly triple for no change in the services they receive.

And they didn’t like the way they were treated by the larger POA.

“We’re the peons of Kissing Camels,” said Janie Rose-Nichols, president of the townhome HOA. “They act like bullies. They are the big people who think they can push the little people around. They came down on us like Goliath.”

So the townhome owners voted 41-8 to reject the invitation.

“We stood up and said ‘No!’ ” she said, adding that her group tried to negotiate, offering to increase individual monthly payments to $85.

First, the townhome owners lost their remote-control access to the gated community.

Instead of breezing through the main gate and two remote gates, they were limited to using the main Mesa Road entrance. And they had to stop and submit to security checks each and every trip.

“They wanted to punish us,” Rose-Nichols said.

Then, in March 2010, the townhome owners received a summons.

Chuck Jordan, president of the larger association, said his group had no choice but to sue.

“We live in a unique community,” Jordan said. “There are a lot of benefits to living in the community. And people have to pay for the benefits they receive. We provide security and general maintenance to 13 miles of roads and streetlights, landscaping and many other things.”

He said four smaller HOAs within Kissing Camels accepted the POA's invitation. So it was only fair to force the townhome HOA to join and pay up, as well.

“We made a series of offers to them,” Jordan said. “They chose not to pay. We looked at it as unfair. We have a fiduciary obligation to our residents. So we filed suit. We were forced into it.”

The trial in April ended with a victory for the townhomes.

“The townhomes are not now, and never have been, subject to the (Kissing Camels POA) covenants,” Schutz wrote in his May 27 ruling. “Thus, the (KCPOA) covenants do not authorize the plaintiff to impose or collect assessments from the townhome property owners.”

Schutz said it’s fair for the larger group to be paid by the townhome HOA for use of 7/10ths-of-a-mile of roadway they use getting to and from Mesa Road. And he ordered the KCPOA to restore the townhome owners’ remote access to the main gate.

But this one isn’t over. The two sides can’t agree on a fair rate for road access and security.

I’m thinking this could turn into a reality show: The Housewives of Kissing Camels.