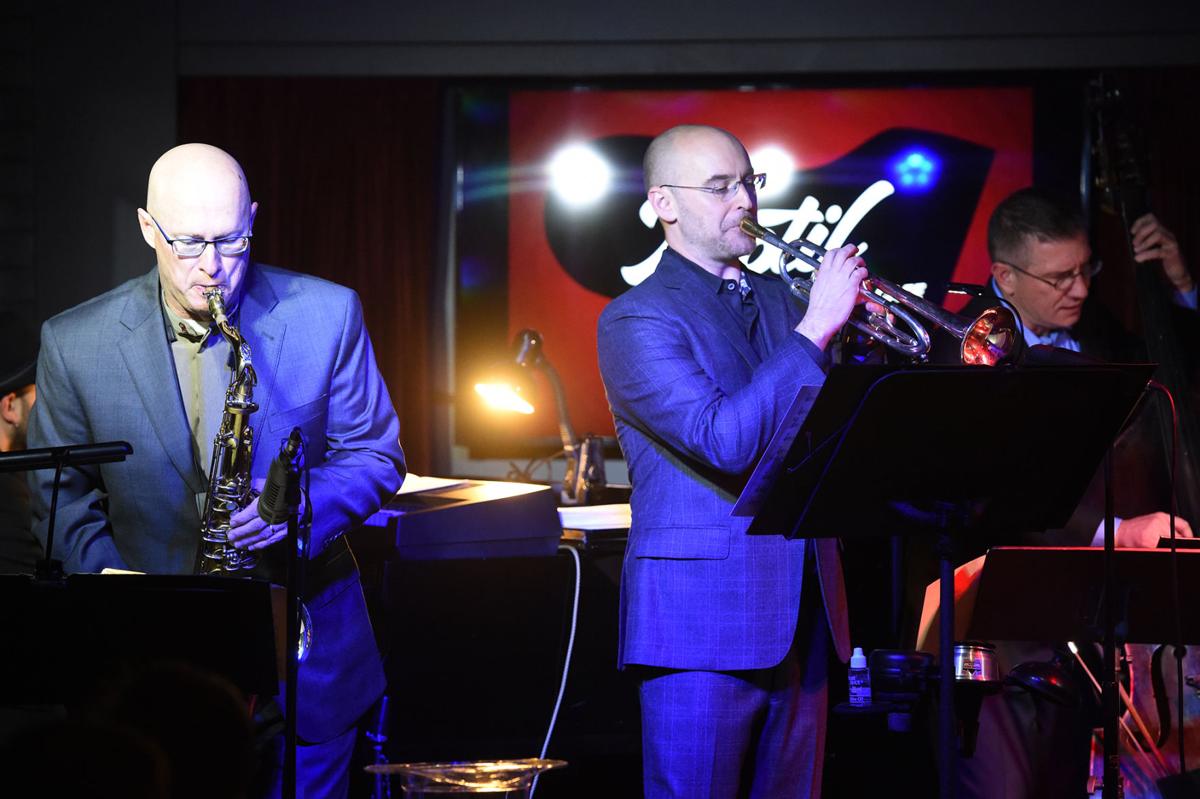 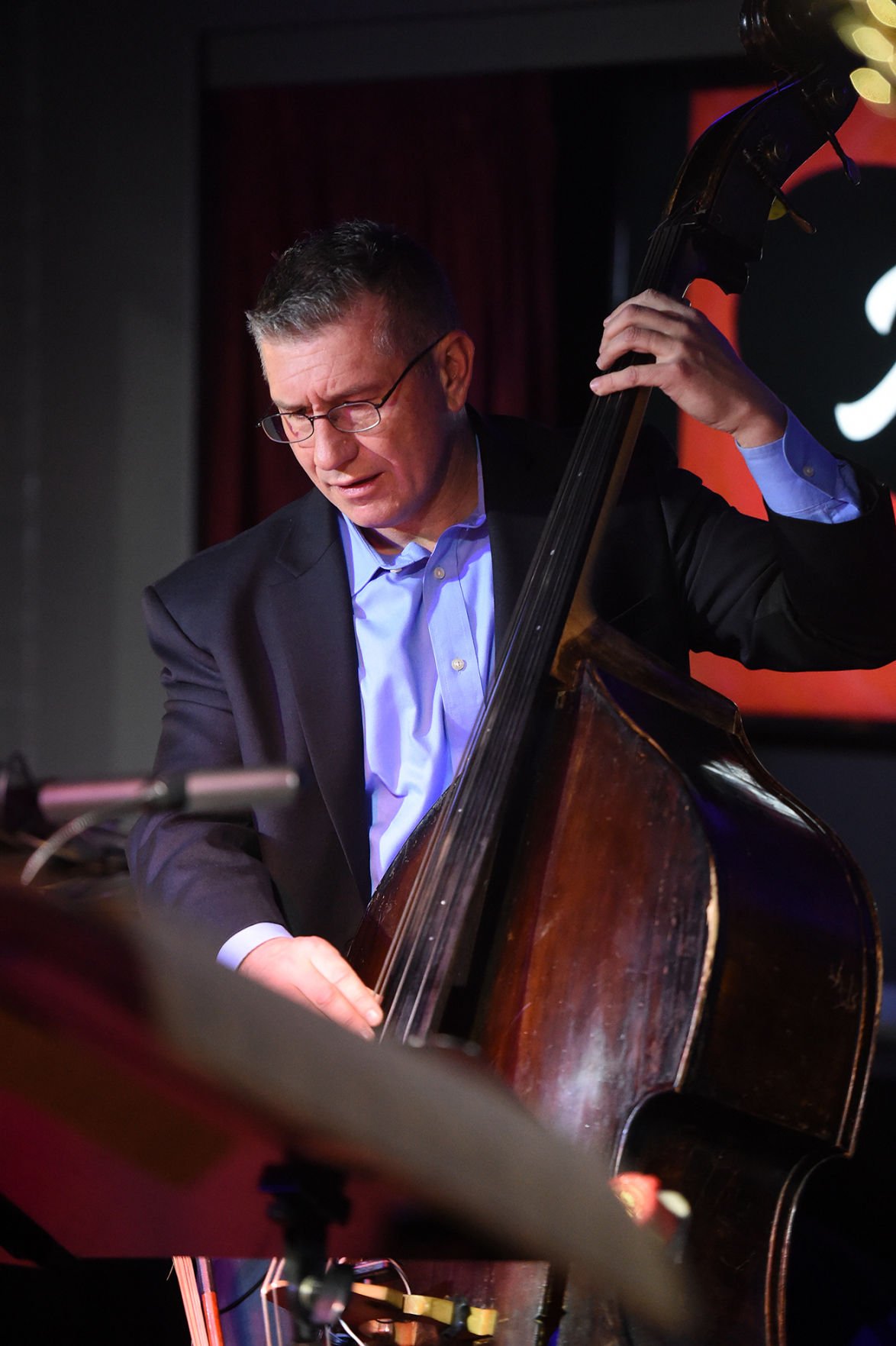 Bassist Jason Crowe performs at part of the Hennessy 6 at Motif Jazz Club in Colorado Springs on Saturday, April 14, 2018. Photo by Jeff Kearney. 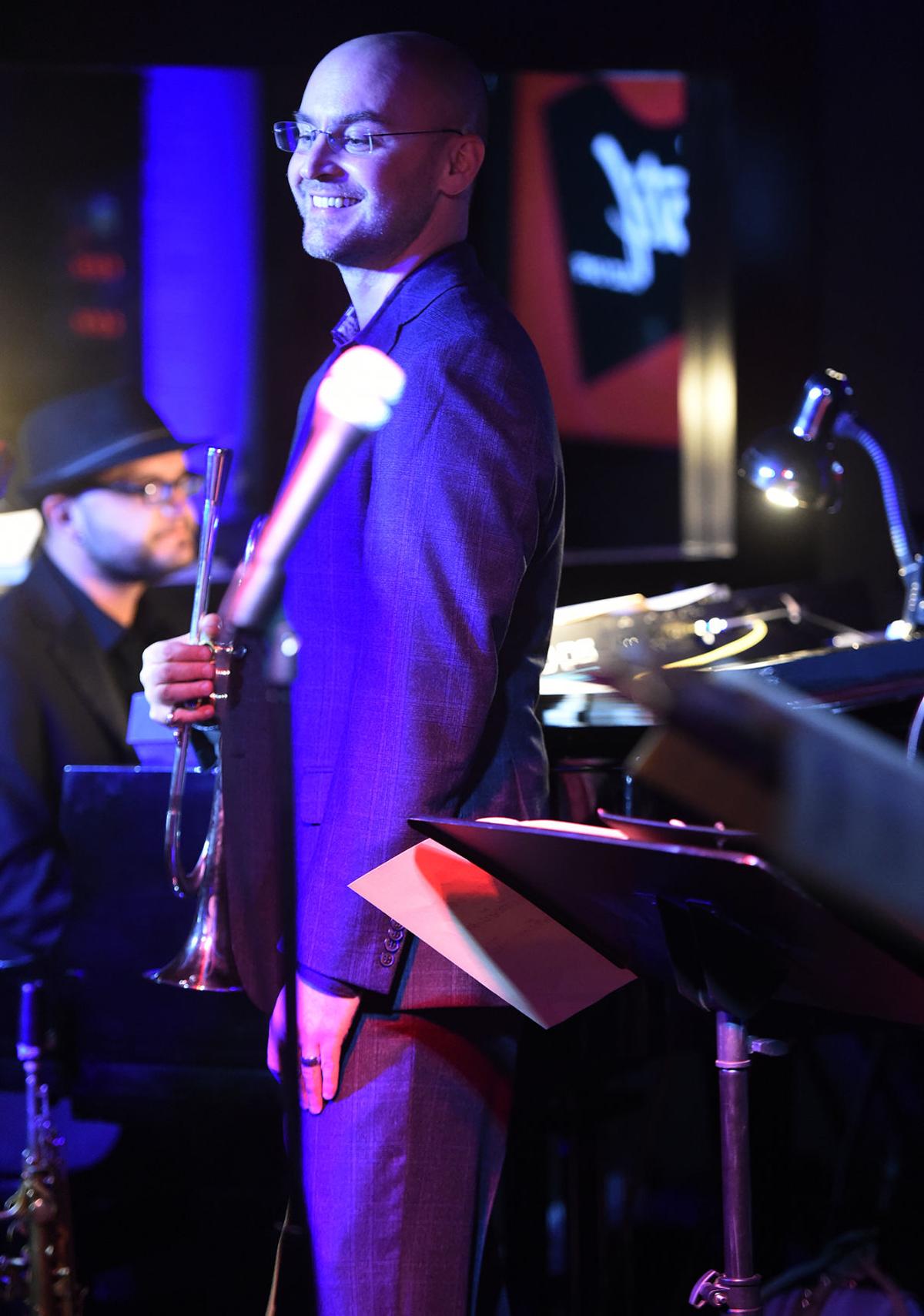 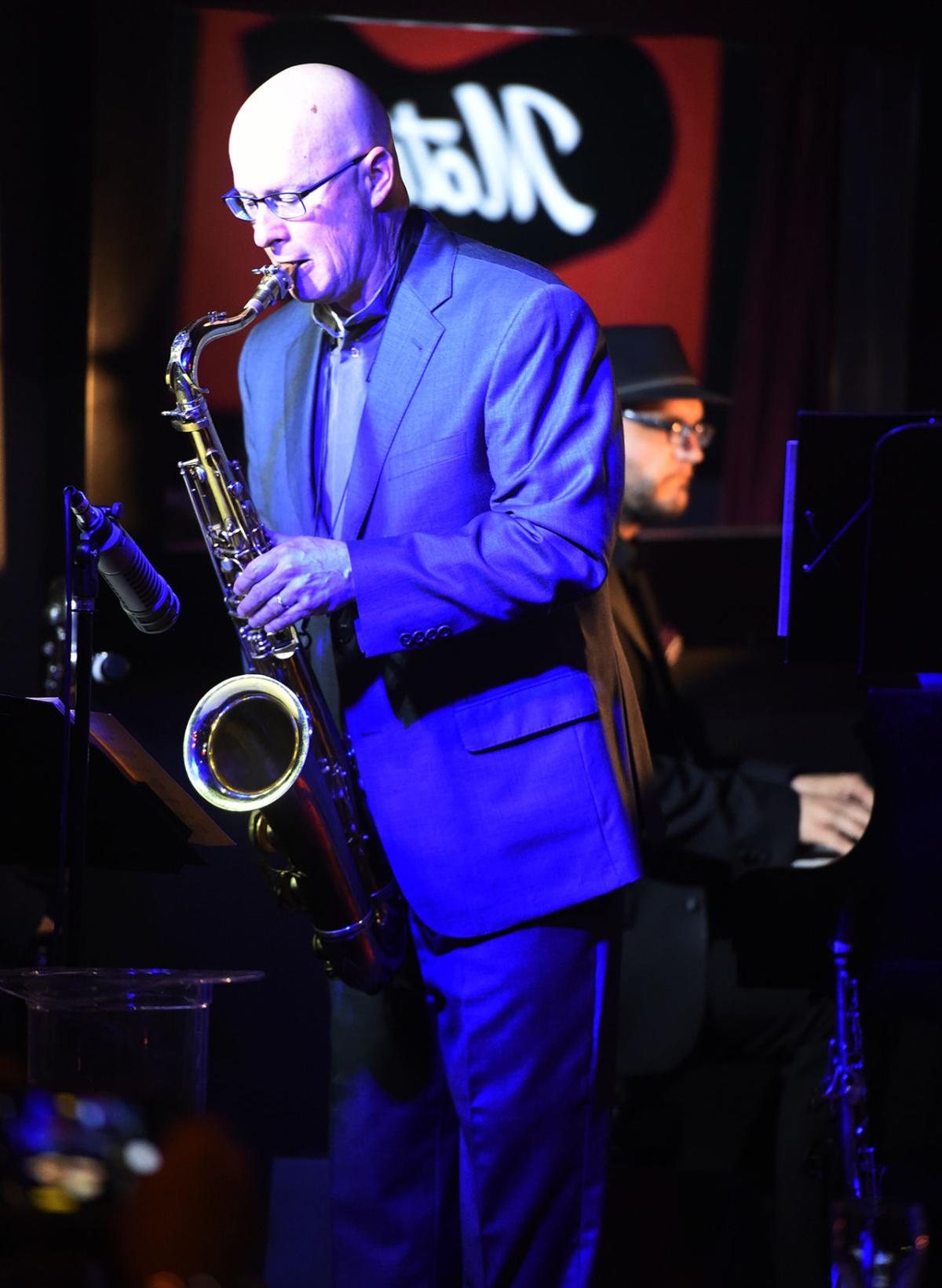 Cully Joyce performs with the Hennessy 6 at Motif Jazz Club in Colorado Springs on Saturday April 14, 2018. Photo by Jeff Kearney. 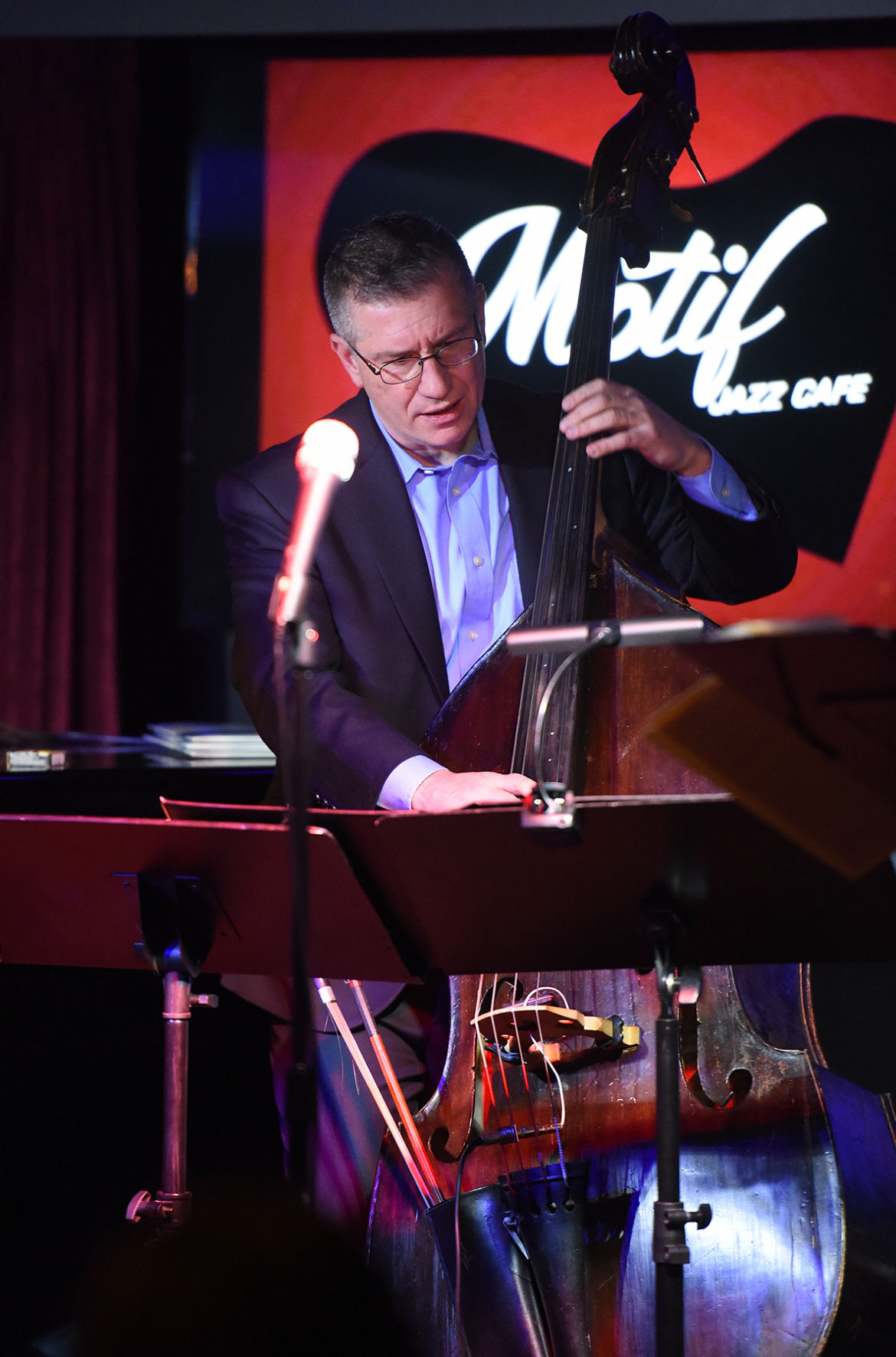 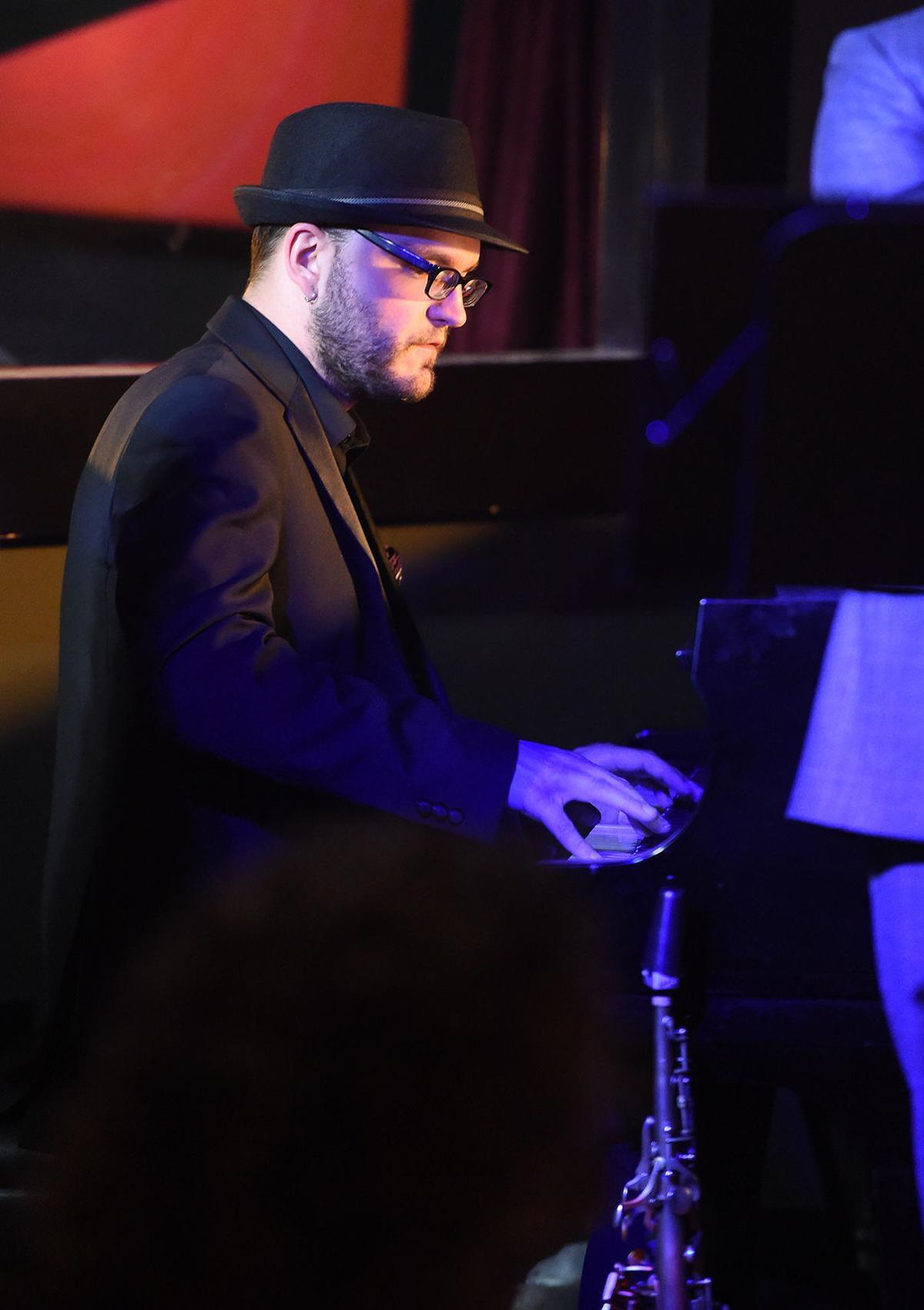 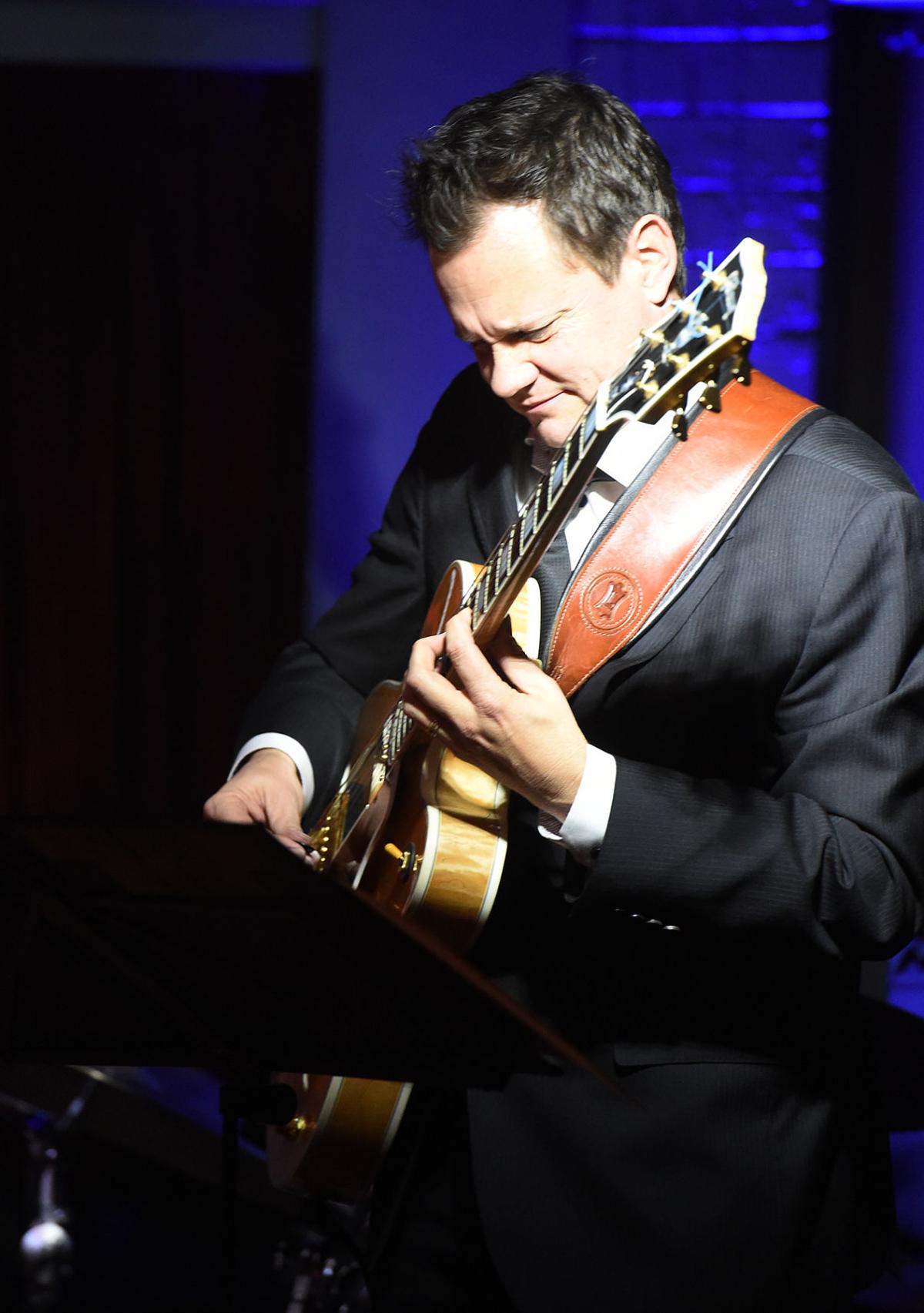 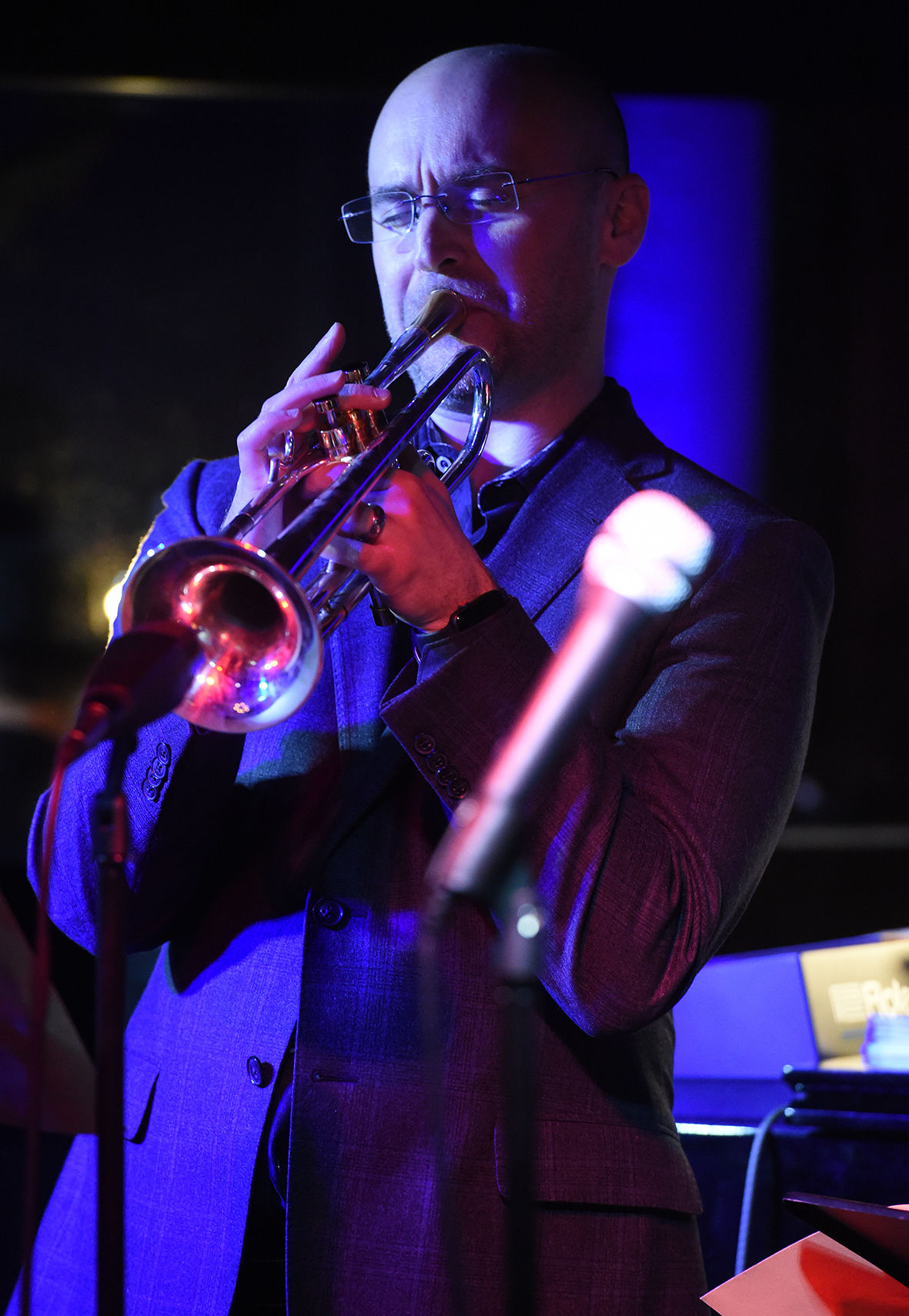 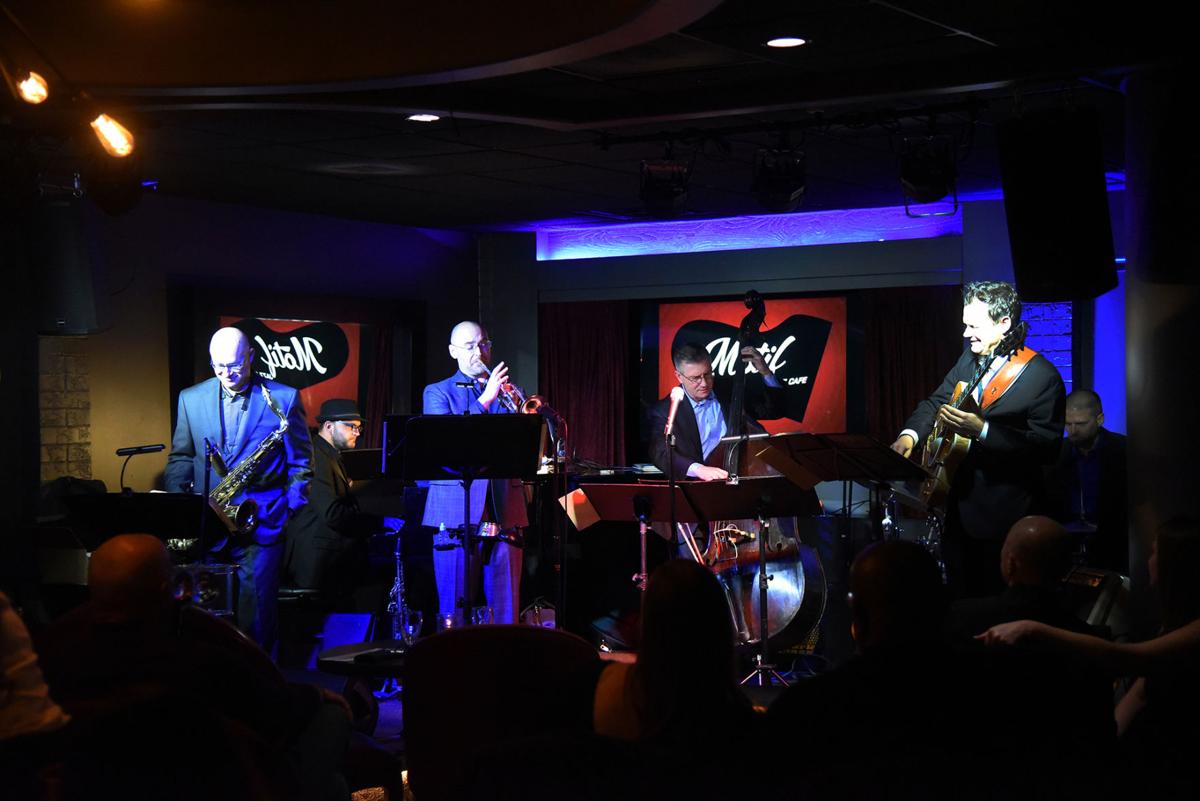 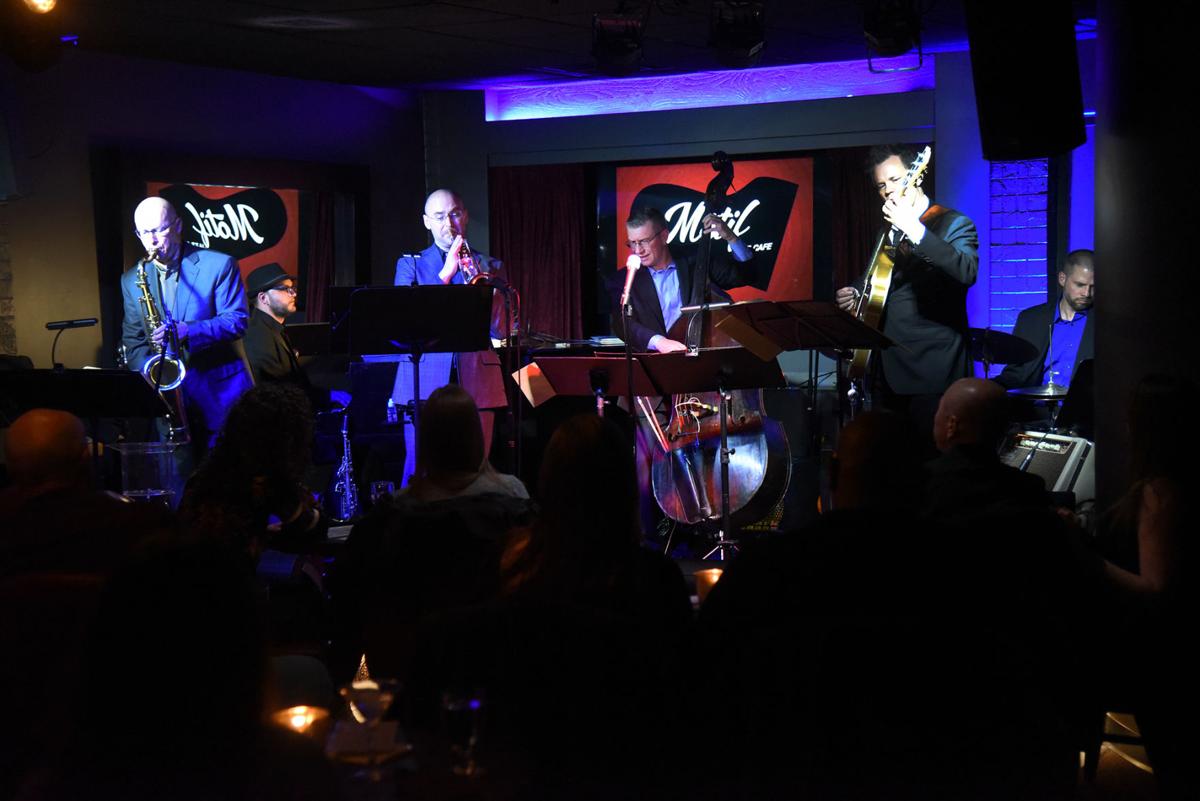 Bassist Jason Crowe performs at part of the Hennessy 6 at Motif Jazz Club in Colorado Springs on Saturday, April 14, 2018. Photo by Jeff Kearney.

Cully Joyce performs with the Hennessy 6 at Motif Jazz Club in Colorado Springs on Saturday April 14, 2018. Photo by Jeff Kearney.

In the summer of 2015, six musicians who didn't know each other well got together to play Jazz in the Garden, a public outdoor concert at Grace and St. Stephen's Episcopal Church in Colorado Springs.

"We all looked at each other and thought, 'This is a great group.' There was that sense that we needed to put this group together," recalled trumpet player and now band leader Sean Schafer Hennessy.

The six jazz musicians did get together again and gelled so well that they decided to form a jazz sextet. The name the Hennessy 6 was chosen because it worked for that first gig.

"We have so many writers in the group, and we're all inspired by so many different, random things. Since we got together, we've amassed 50 to 60 pieces of original music. We bring out a few at each gig," Hennessy said. "We rehearse this new music, and it becomes about, as the writer can talk more upper level about this stuff, what do you want the piece to mean?"

When they play, they exude a sense of cohesion, professionalism and joy - as simply a bunch of guys who really like to play music together.

"I've learned so much from these guys. It's so true if you surround yourself with people you are better than you, you get better," said Hennessy, who has been a protege of famed trumpet player Wynton Marsalis since childhood. When not performing, which is his first love, he composes scores for motion pictures.

The Hennessy 6 has an unparalleled musical pedigree. Several members have toured with top Air Force bands: pianist Reggie Berg with the Falconaires, drummer Chris Gaona retired from the Air Force Academy Band and has played with the Falconaires, bassist Jason Crowe is a member of the Air Force Academy Band and Falconaires, and tenor sax player James "Cully" Joyce is retired from the Air Force, where he performed in and directed numerous music ensembles. Colin McAllister, who plays guitar, is music program director for the University of Colorado at Colorado Springs.

With the Hennessy 6, you get a new show every time, as they bring out new pieces and change and perfect others.

They are working on their first album, "The Road Less Traveled," recorded with the Colorado Springs Youth Symphony. It includes a lot of jazz, of course, but also funk and rock, Hennessy said.

"We're doing it a little differently, making our first album with an orchestra," he said. "As a musician, it inspired me, being able to inspire the next generation of performers."

The album will be released this summer. Watch their website, hennessy6.com, for a possible sneak preview.

"Our goal is to take the album across the country with other youth symphonies," Hennessey said. As a former member of the Colorado Springs Youth Symphony, he is cognizant of the opportunities that sprang from it for him, and he wants to be a part of that for young musicians. Hennessy won a concerto contest for the Youth Symphony when he was 13, performing with the Colorado Symphony.

"As an artist, you see all these things going on in the world. If you can get people to go to a great concert and forget what's going on for a while, well, it warms our hearts to be able to do that for people," he said.

The band will add more gigs to its website as they're scheduled. Look for them in local venues, at jazz fests, playing gigs in Pueblo and Denver, and back at Grace and St. Stephens in August.

"We have a mission of trying to bring people together. We just love sharing music," Hennessy said. "We all love music for music's sake."

Colorado Springs native Austin Young has been making music since he was 13. The latest installment of the Gazette's Set List series on local bands focuses on his blues-and-rock group, the Austin Young Band.

Set list : Profiles of bands in the Pikes Peak region