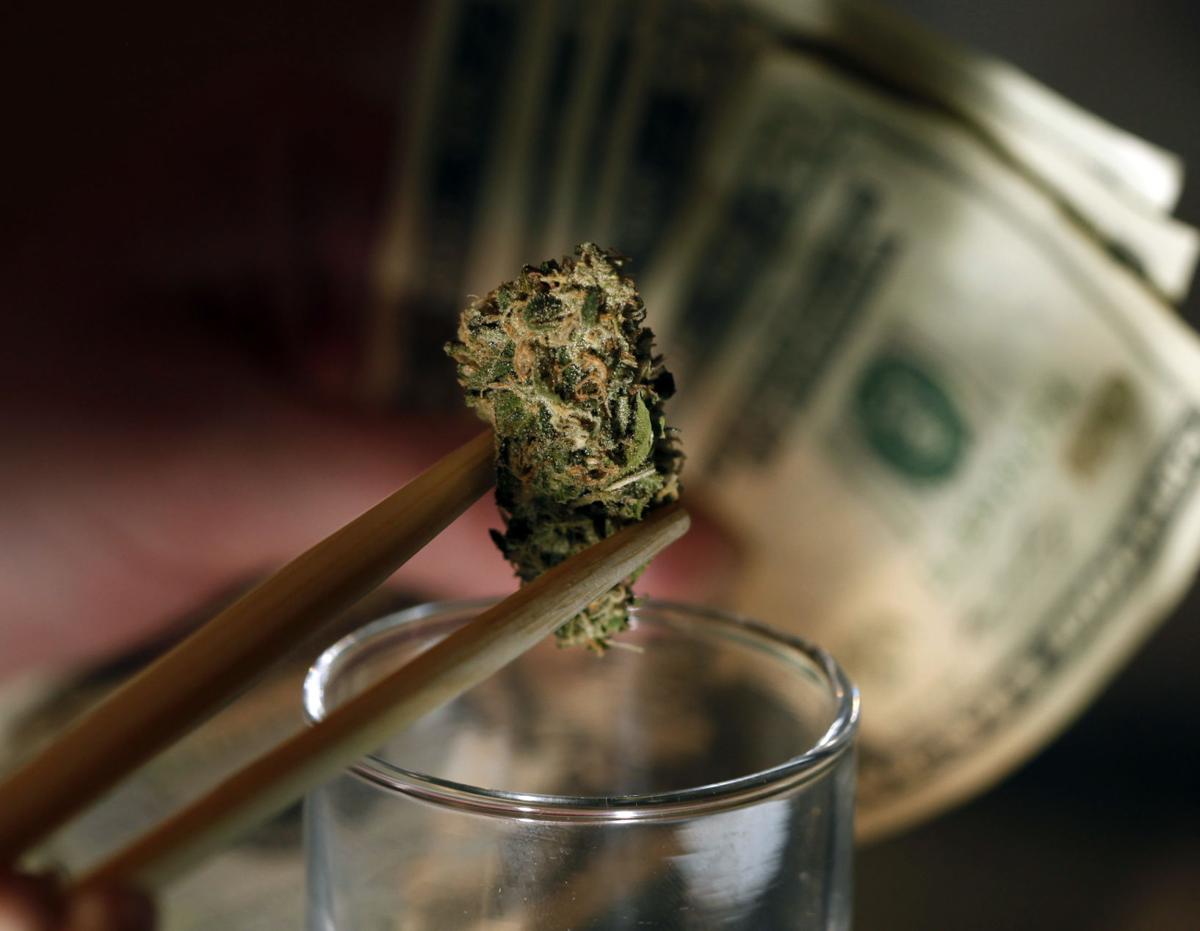 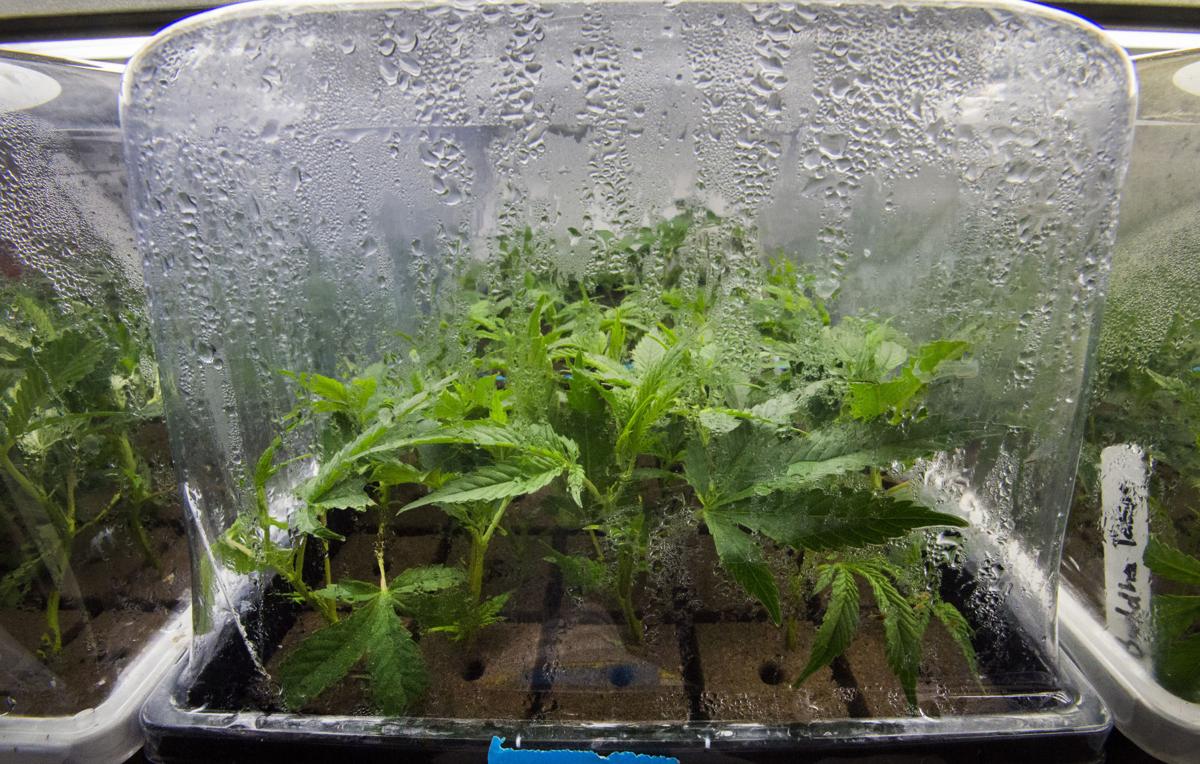 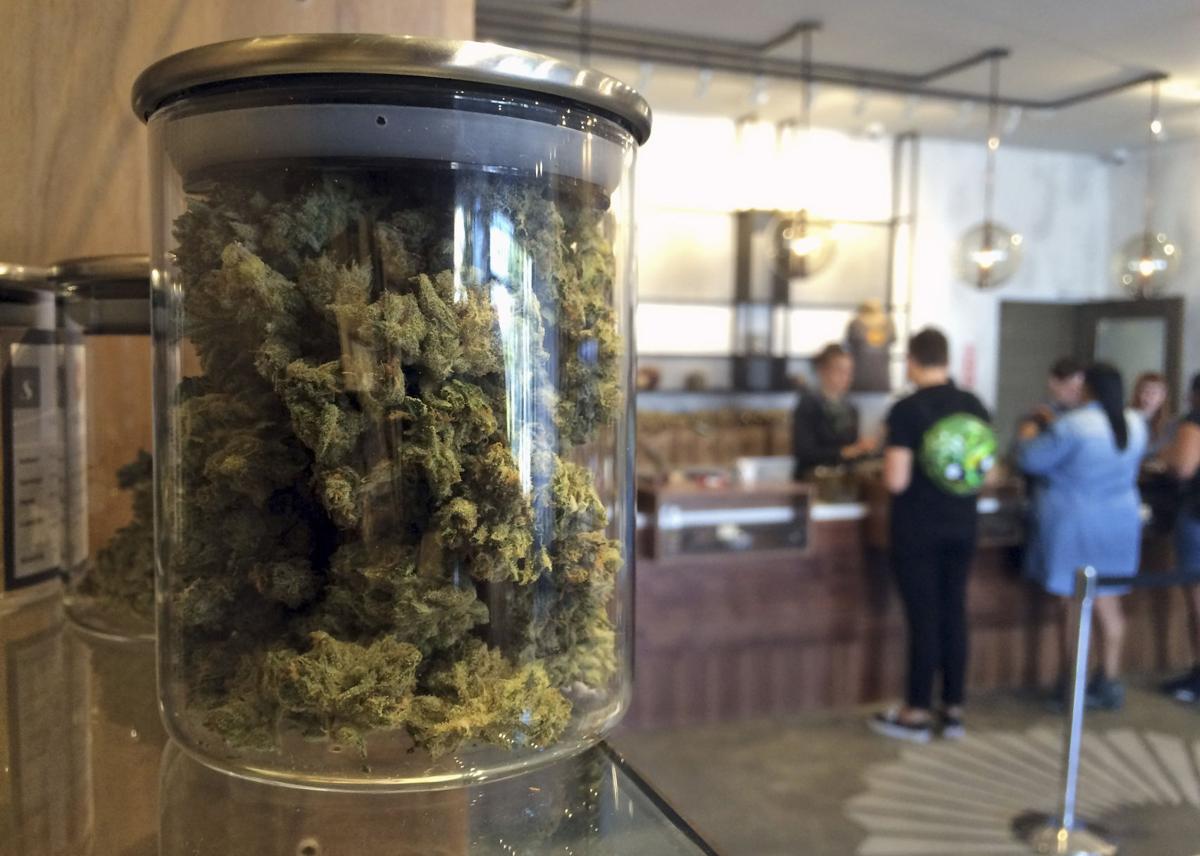 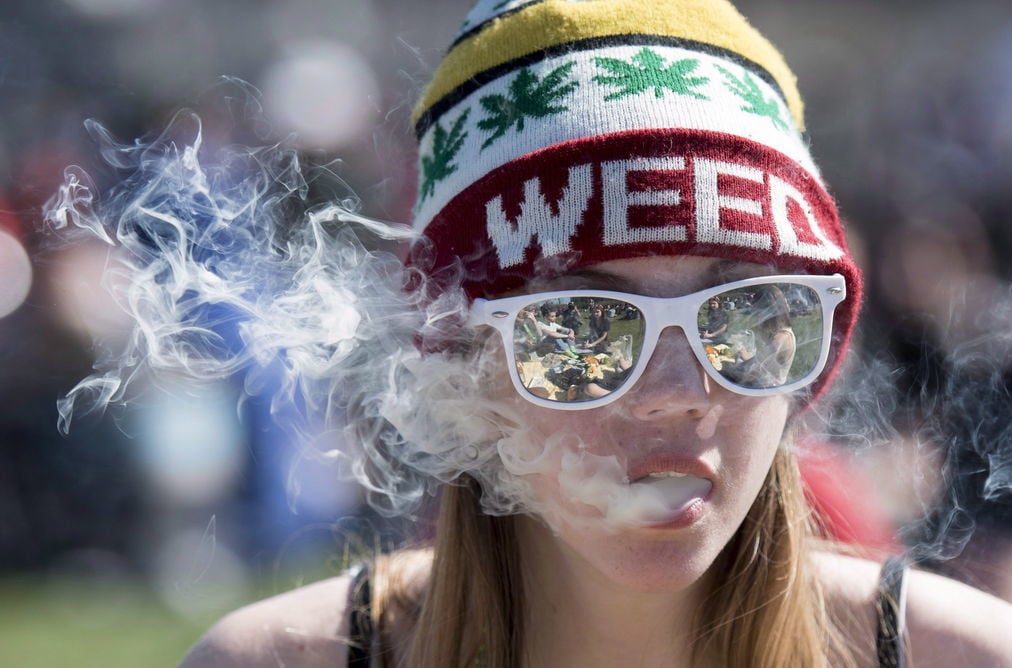 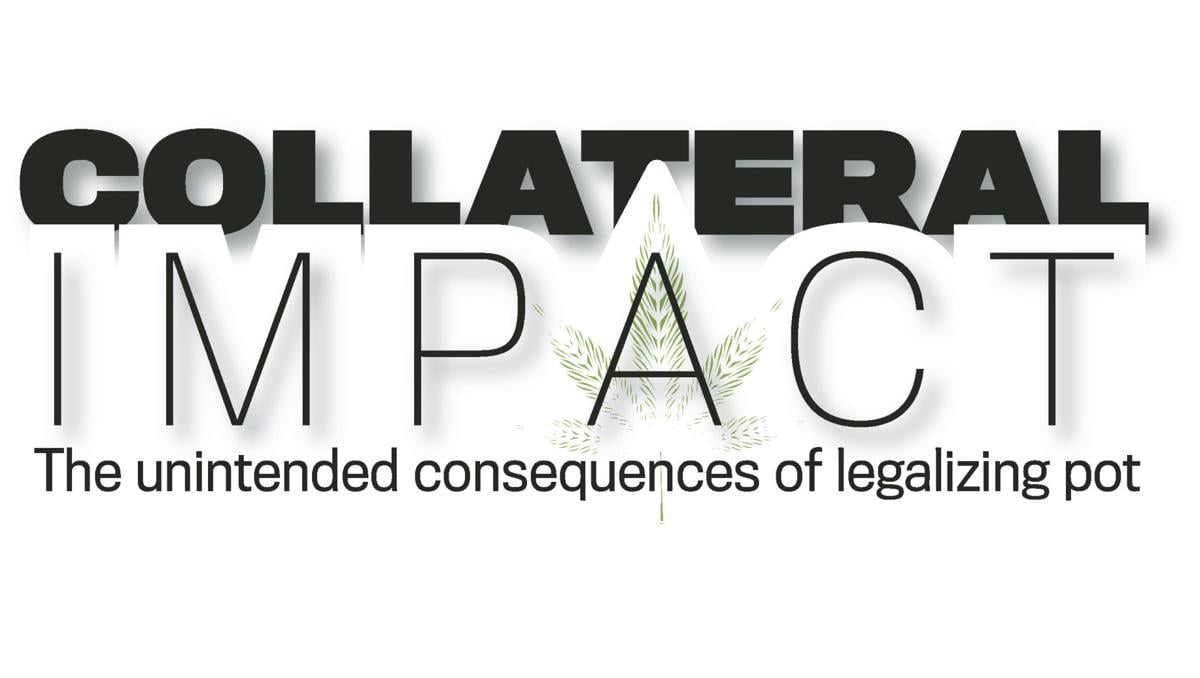 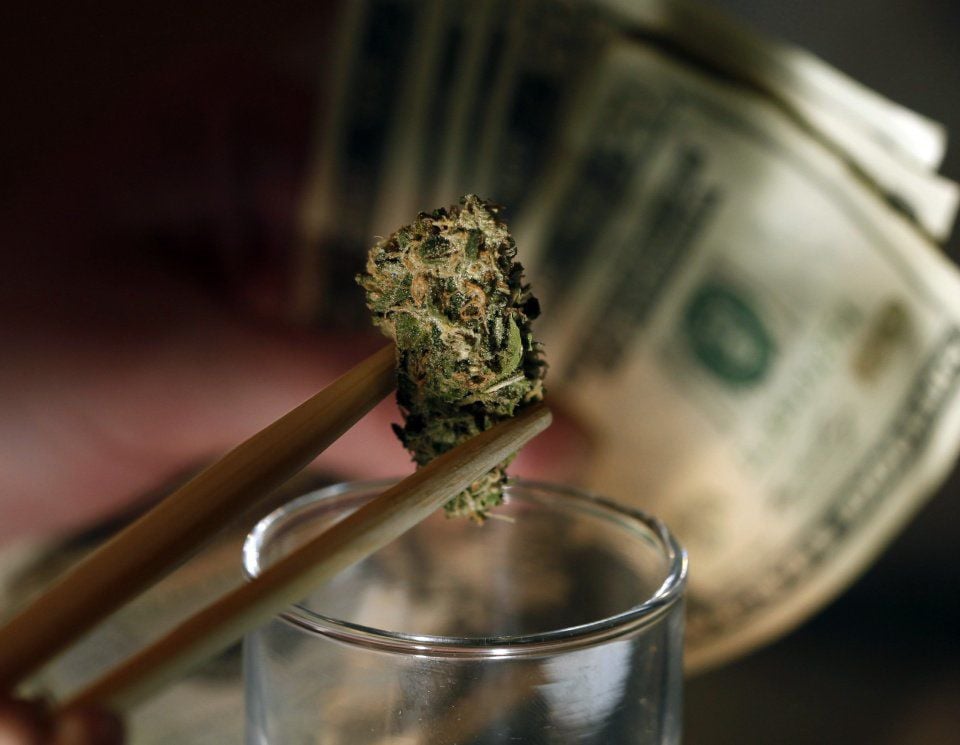 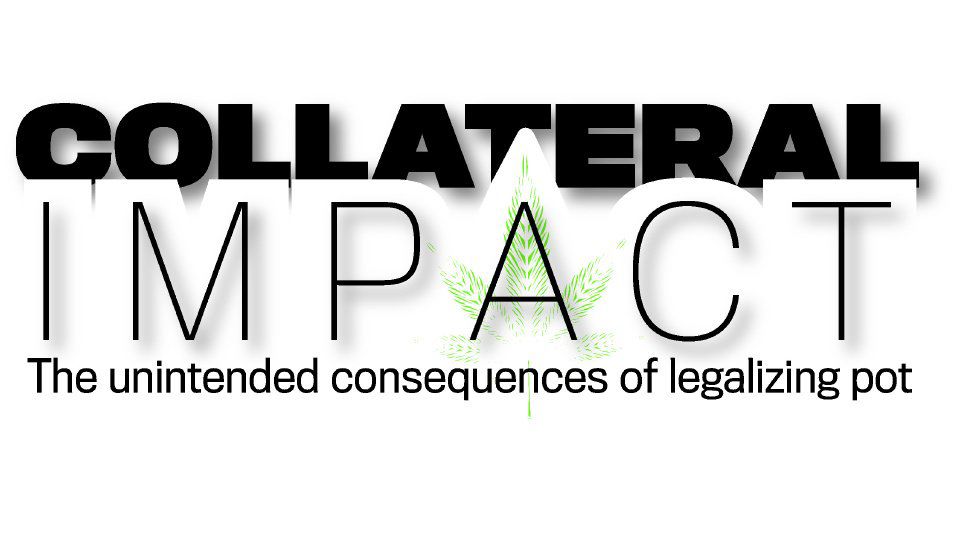 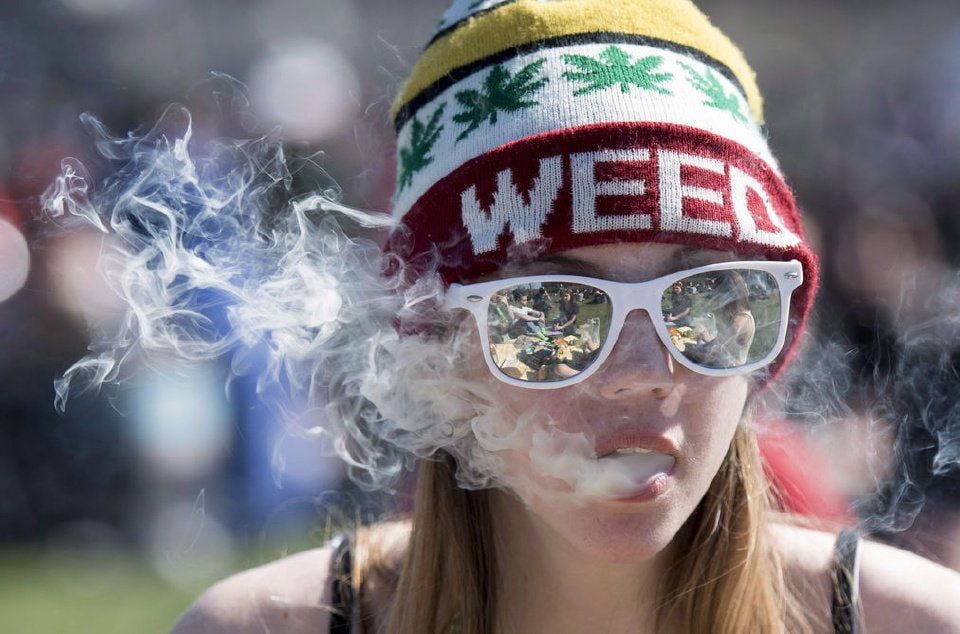 A billboard went up recently above the 16th Street Mall in Denver asking: "Are you better off than you were five years ago?"

Twenty-nine states and the District of Columbia have legalized medical and/or recreational marijuana. But Colorado is still the canary in the coal mine that other states look to as they decide whether and how to legalize, how to enforce their laws, what the trip wires and downsides are, and what the unintended consequences might be.

So are we better off?

The question has gained even more relevance in the last few weeks after U.S. Attorney General Jeff Sessions told the nation's U.S. attorneys they are free to prosecute those selling pot in states even where it is legal - a reversal of the policy under President Obama.

Financially, marijuana has been a boon to Colorado. Recreational and medical marijuana sales hit a record $1.51 billion in 2017, generating more economic output than 90 percent of all other industries in the state.

But what are the costs?

Today, the Gazette is launching a series of stories that will take a hard look over the next few months at legalization's lessons, exploring what the unintended consequences and unexpected complications have been of this national experiment.

In this series, we're focused on the promises made when pot was legalized, and whether those promises have been met. It's journalism's job to be a watchdog on big new initiatives like this. So this series has as its primary mission accountability: what were we promised and what have we gotten?

After five years, enough data has been collected to begin to truly measure pot's impact on our state. Our data expert Burt Hubbard has been crunching all sorts of fresh data on marijuana, much of which has not been reported on yet. Burt is one of the state's premier data journalists who has worked in the past for the Rocky Mountain News, Denver Post and Rocky Mountain PBS on special projects. He is also an adjunct professor at the University of Colorado at Boulder teaching journalism.

Investigative reporter David Olinger is working on the series as well, using his investigative skill set to mine that data, humanize it and tell us what it means. Olinger has worked for 40 years as a reporter specializing in investigative projects in Colorado, Florida and New Hampshire. He has won national awards for his work on foreclosure fraud and redeployment of wounded soldiers to war.

Kaitlin Durbin covers public safety for the Gazette, and has written about the introduction of marijuana and law enforcement's efforts to grapple with it for three years. She's tapping her wide network of law enforcement sources to give us a clearer picture of what they're dealing with, the size of the black market, and health and resource issues.

Senior reporter and editor Tom Roeder will be exploring the impact on other states, and the other national implications of Colorado's legalization of pot. Other Gazette reporters will join the reporting as we go .

One of the central promises proponents made five years ago was that legalizing pot in Colorado would take the trade out of the hands of criminals by creating a tightly regulated, state-supervised market.

Instead, in our first story today, we report that new statistics show Colorado law enforcement agencies are battling an out-of-control black market, with arrests for illegal pot manufacturing growing rather than going away.

"You create a lower risk of enforcement and consequences and criminals have come there to operate with less risk," former drug czar John Walters told me.

"There is perceived to be less risk ... you could blend it in, you could expect there to be less public support for enforcement. It happened in the Netherlands ... and now it's happening in Colorado."

So a thriving black market is one unintended consequence of this experiment that Colorado is still very much grappling with.

What are the others?

Pot has created a new set of problems and costs for law enforcement around the state. Most law enforcement officials we talked to so far believe the experiment has gone off the tracks. Some in Denver are telling us they've been told to keep their views to themselves because the official narrative is that pot has been good to Colorado.

We'll look closely at the impact of our experiment not just on us, but on bordering states and the amount of marijuana Colorado is exporting, and the crime and violence it's spawning for our neighbors. This isn't just Colorado's experiment.

We'll be looking closely at the impact on drivers and traffic accidents, and the challenges of enforcing laws that regulate driving under the influence of marijuana.

We'll be diving into the impact on health and hospitals, especially as it concerns children. The state Legislature has instructed the Colorado Department of Public Safety and Division of Criminal Justice to assess the impact of retail marijuana legalization in a wide variety of areas, so there is finally data available on hospitalizations and emergency room visits related to the use of marijuana.

We'll also be looking closely at unintended impacts on schools. In 2012, we were told funds from marijuana taxes would greatly benefit schools. But many school officials we're hearing from are not so sure. Harry Bull, the Superintendent of Cherry Creek Schools, said, "So far, the only thing that the legalization of marijuana has brought to our schools has been marijuana."

How much of Colorado's limited resources are grow houses using? Reports and anecdotes coming out now indicate the marijuana industry is using power and water resources at unsustainable rates, especially considering the state's population boom.

Follow the money is an age-old mantra of journalists. We'll be looking into which politicians are receiving money from the marijuana industry, the power of the state's marijuana lobbying machine and its ability to shape the narrative around pot, and the who's who of people who control this growing business.

When Colorado legalized marijuana, the federal government issued eight guidelines that states with legal marijuana had to follow to avoid federal intervention.

- Preventing distribution of marijuana to minors

- Preventing the diversion of marijuana from states where it is legal under state law in some form to other states.

By the end of this series, we hope to present a clear answer to the question of whether or not the state is doing enough in each of these areas to forestall federal intervention.

And to answer that question on the billboard as honestly as possible: Are we better off?

Collateral Impact is a continuing Gazette series that explores the unintended consequences of pot legalization in Colorado.