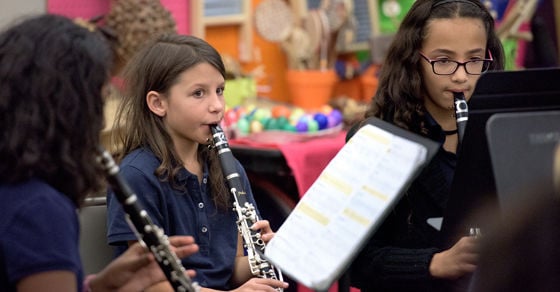 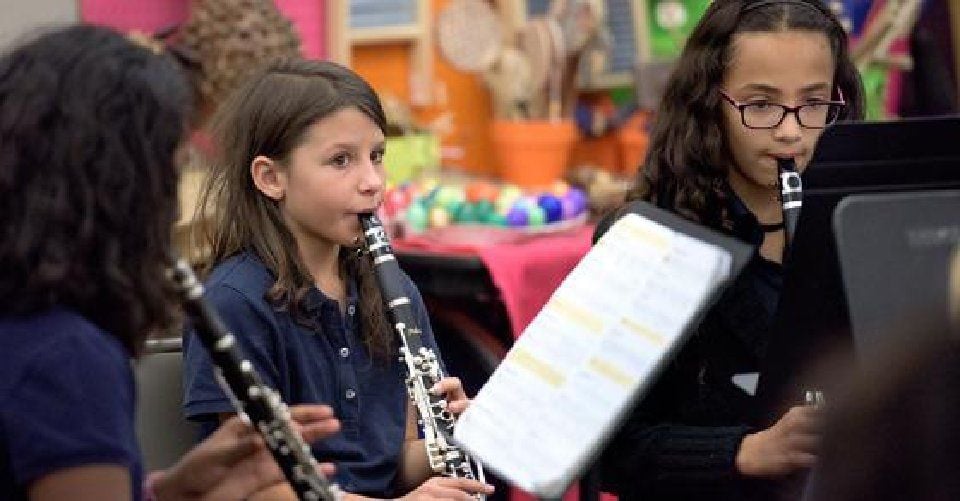 Charter public schools currently enroll 115,000 students in 238 schools across the state. They have been an integral component to the Colorado public education system for nearly 25 years, and are held to the same accountability standards as other public academic institutions. “Charter schools are public schools – not everyone understands that,” said Stacy Rader, Director of Communications for the Colorado League of Charter Schools. “They are tuition-free and receive per-pupil operating revenue from the state, just like traditional public schools.” She explains that the word “charter” comes from the contract between the school and the local school district, which establishes a very strong agreement that holds the charter school accountable for specific performance standards. So while the charter school has its own board of directors allowing for greater autonomy related to items such as budgeting, hiring and curriculum decisions, they must still follow the same laws such as the Colorado Public School Financial Transparency Act, which monitors how they handle money; and must still track and reach certain benchmarks for student performance and achievement. If they do not reach these standards, they can be closed.

Despite their enormous popularity and success in Colorado, the typical charter public school student is down 20 percent compared to the traditional public school student as far as funding is concerned. “One of the biggest drivers of that difference is unequal access to local tax revenue – specifically the mill levy overrides (MLOs), which are tax initiatives that local school districts can bring to their communities for operational needs for their schools,” said Dan Schaller, Director of Governmental Affairs for the Colorado League of Charter Schools. Because of this unequal access and because certain school districts across the state have not chosen to share that revenue equitably with their charter schools, there’s a disparity of approximately 20 million dollars between charter and traditional public schools. On top of that, around 15,000 kids attend charter schools that are authorized by the Charter School Institute instead of a school district. Because the Charter School Institute is a state-level entity, those schools have absolutely no access to local tax revenue and MLOs, resulting in an additional 15 million dollar disparity. Senate Bill 61 seeks to make the distribution of operational funding among charter and traditional public schools equal.

As outlined on the Colorado League of Charter Schools website, here are some things that SB61 does:

Also outlined by the Colorado League of Charter Schools, here are some things that the bill does not do:

“Some districts – like Denver Public Schools, Douglas County School District and Boulder Valley School District have fully embraced and equally fund their charter schools with the local tax revenues; but the majority of districts have not taken this approach,” said Schaller. Currently only about 12 school districts in Colorado equally share MLO dollars with their charter public school students. The lack of funding to charter schools results in a slew of issues – from lack of technological resources and curriculum materials to low teacher salaries. The most recent Colorado Department of Education report shows that the typical charter school teacher makes an average of 15,000 dollars less than the traditional public school teacher.

“It’s important to note that charter public school parents generally live in the community and are taxpayers – yet they don’t necessarily know that when they go to the ballot to vote yes on a mill levy that their child may not be receiving any of those dollars,” said Rader. “It’s not fair to these parents who are taxpayers.” James Irwin Charter Schools in Harrison School District Two is one such school, among several, that receives no MLO funding. “It’s a question of equity and putting an end to discrimination of parents who choose charter public schools for their child’s education,” said Jonathan Berg, Chief Executive Officer of James Irwin Charter Schools. “Charter public schools are set up as centers for innovation, with different programs and curriculum – so a parent may look at that and feel that it is a better fit for their child’s needs.” He describes that the heavily restricted revenue stream results in lower teacher salaries, a higher turnover rate and increased training costs, which creates budgeting limitations on much-needed improvements, technologies and transportation.

There is a strand of opposition that is attempting to tie SB61 to the current federal administration. “This bill is in no way connected to the federal agenda related to education. This is a home-grown piece of legislation that has been in the works for a long time,” said Schaller. Rader adds, “We’re always willing to have intelligent debates about the pros and cons of any bill, but the opposition is trying to say that this bill is somehow connected to Betsy DeVos and the Koch Brothers – using very politically charged language to scare away legislators. We think that’s very unfair to the 115,000 public school children who attend charter schools in our state; and it’s simply false.”

In terms of quality and accountability, Colorado charter schools have consistently ranked among the top five for charter school laws across the country. SB61 recently made it through the Senate with a very strong 22-13 bipartisan vote, and has been with the Speaker of the House for the last few weeks. “We feel strongly that with the significant bipartisan support it had coming out of the senate, and the reasonable ways it has been modified, that the bill deserves a fair hearing in its House committee of reference,” said Schaller Among these modifications is a four-year phase-in that will allow districts to make the necessary changes for equitable funding to charters by the 2020-21 school year.

The Colorado League of Charter Schools’ vision is for every child to have access to a high-quality public school. “Charter schools are part of the public school family – all of these students are public school students. Just because a child goes to a charter school it does not mean they are worth less,” said Rader.

To get involved, call 719-888-4441 and ask your House representative to vote yes on Senate Bill 61. Get the facts about SB61 at www.charterpublic.org/senate-bill-61.