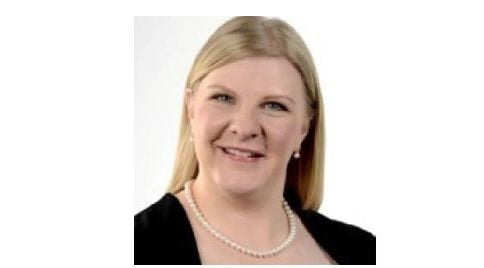 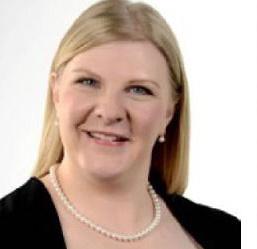 Calef, now free on $2,500 bail, is due in Douglas County’s 18th Judicial District on Wednesday, where she is expected to enter a plea to the charge.

Colorado troopers arrested Calef on April 10 after the marshal, who was off duty at the time, reported that a woman in a van “had flashed a handgun at him,” says a probable cause affidavit filed in the 18th Judicial District.

Calef is a prominent advocate for limited government, conservative funding approaches and Second Amendment rights. She failed to win the Republican nomination last year for Colorado’s House District 14, and she lost a 2015 bid for the Colorado Springs City Council to incumbent Larry Bagley.

Before 11 a.m. April 10, the marshal and Calef were northbound on I-25 near Larkspur when she pulled out the pistol, the affidavit says.

Calef declined to comment for this story. Her attorney, Drew Eddy, said only: “My client is innocent of these charges; they’re allegations at this point.”

The marshal said Calef “did not point the gun directly at him, but flashed it in a way to ensure he could see it,” the affidavit says.

It did not elaborate why Calef allegedly brandished the gun.

The responding trooper caught up with Calef about 12 miles north on the interstate. She accelerated to about 90 mph and changed lanes multiple times.

“My emergency equipment had not been activated at all at this time, but it appeared to me that the driver was going to try to elude me,” the trooper said.

Soon after the trooper turned on his lights, Calef pulled over, and he used his vehicle’s microphone to tell her to roll down her windows and keep her hands visible. A second trooper arrived for backup, with weapon unholstered, until after Calef stepped out of her van.

Calef told the trooper she was carrying a revolver and had a concealed carry permit for it. He confiscated the pistol, a Smith & Wesson .38 Special.

Although the marshal said Calef did not point the gun at him, “he did feel endangered by it.”

The troopers arrested Calef without further incident, had her van towed and booked the revolver in as evidence.

Calef opposed the controversial ‘red-flag’ bill that the legislature passed and Gov. Jared Polis signed this year. It allows a judge to order the seizure of guns from a person whom evidence proves poses a threat to himself or others.

“I wholeheartedly oppose it!” Calef wrote of the bill in June 2018. “This bill takes away the right to keep and bear arms from Coloradans without due process. It presumes to predict crime and curtail individual liberties based on potential feelings and conjecture. This is dangerous to all citizens in a free society.”

If convicted of the felony charge, Calef would not be allowed to own firearms.

Calef is also one of 10 appointed members of the 4th Judicial District Commission, which evaluates judicial performance in El Paso and Teller counties.

If Colorado Springs residents needed another sign that traffic in their city is becoming more like Denver, it’ll soon be visible at the end of…