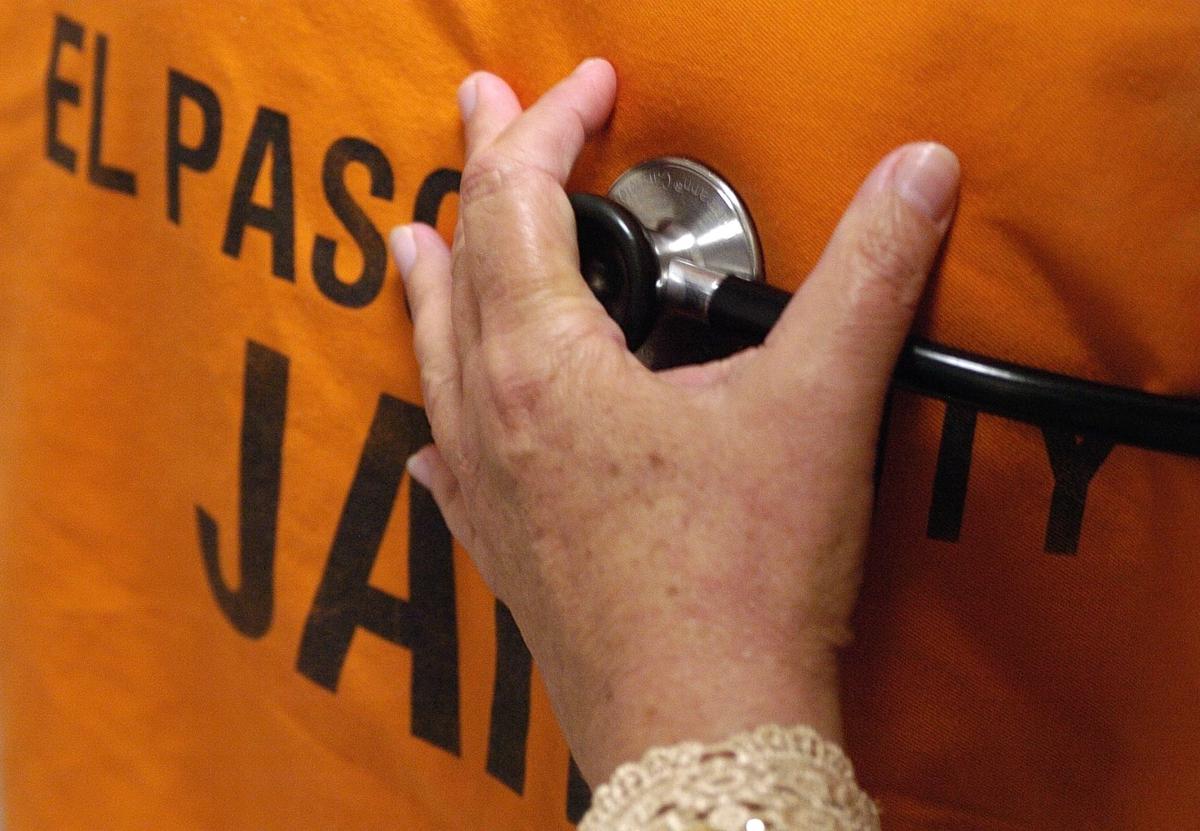 A doctor conducts a health assessment on an inmate at the El Paso County Jail. 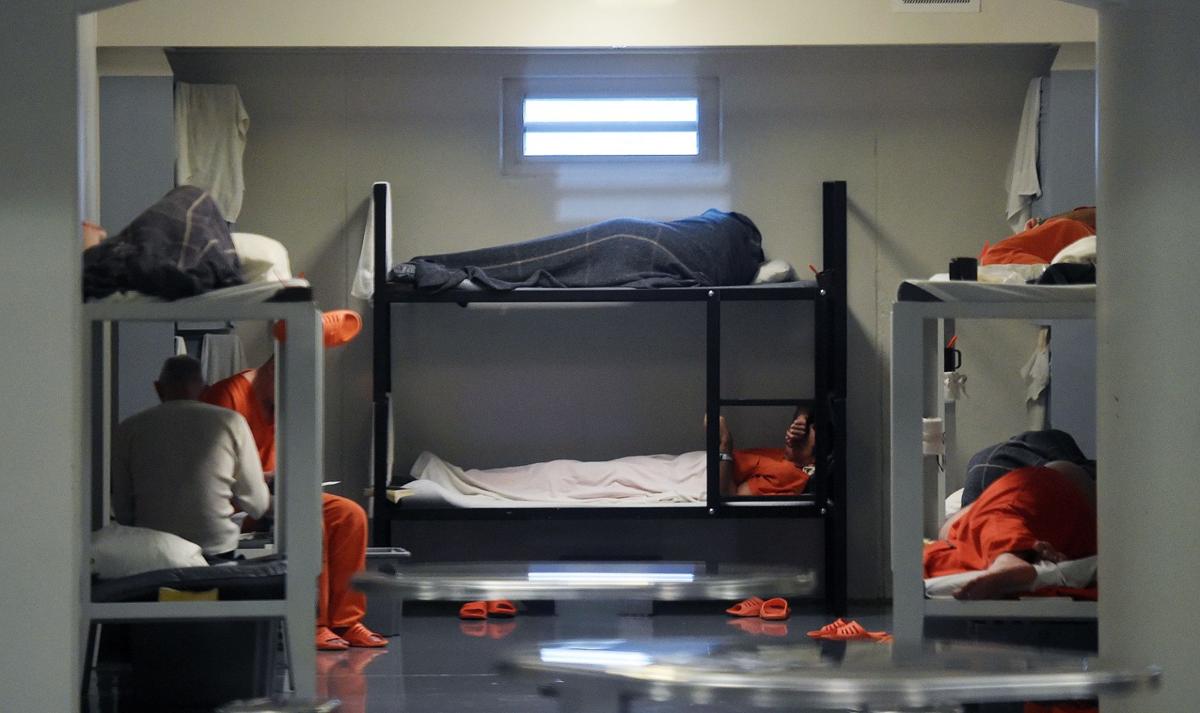 A doctor conducts a health assessment on an inmate at the El Paso County Jail.

Shortfalls of the El Paso County jail's departing health care contractor have left the facility "in a crisis that must be resolved as soon as possible," a consultant recently reported to the Sheriff's Office.

During the past year, inmate complaints and infectious disease protocols have fallen by the wayside as key staffing positions have turned over, according to an assessment by Health Management Associates, finalized late last month.

Health care staff have had to beg outside providers to see inmates and go without information about what treatment they received during emergency room visits.

And as the community has grappled with a shortage of psychiatric beds outside the jail's walls, people on the inside have been left with "no real mental health treatment programming" — save the jailers who watch them to make sure they don't hurt or kill themselves, the consulting firm concluded.

In response to an email from The Gazette outlining the report's allegations, Armor Correctional Health Services spokeswoman Georgia Gibbons said some of the points were "completely false and inaccurate." The company has gone "above and beyond to meet the needs and goals of the El Paso County jail," Gibbons said.

The firm's findings have spurred Sheriff Bill Elder's plans for a systematic overhaul that will replace for-profit correctional health care contractors, such as Miami-based Armor, with community providers.

But it will be least a year before that vision becomes a reality.

On Thursday, county commissioners approved a nearly $8.7 million, one-year contract with Wellpath, a Tennessee-based company that's reportedly the nation's largest correctional health care provider. A company that was later acquired by Wellpath served the jail until 2017, when the Sheriff's Office switched to Armor in pursuit of better care.

"This is not the end of our discussion of a community-based project," Elder said Thursday. "I'm disappointed that we couldn't put it together in time. But we've got to move forward. We've got to get a medical contractor in there to take care of the facility. "

The Sheriff's Office plans to hire a new director to oversee medical care and monitor Wellpath's performance when it takes over at the jail at the beginning of 2020.

Armor's CEO informed the sheriff in May that it wouldn't seek a contract renewal with the county, saying the relationship had been soured beyond repair.

Elder has said he would have ended the multimillion-dollar deal anyway. By that time, he'd already hired Michigan-based Health Management Associates to assess problems with the jail's medical system and possible solutions.

The county has charged that Armor's missteps have delayed critical care for inmates, led to a spate of hepatitis A infections and left at least one inmate without vital medications. Months after the company's contract began in 2017, the county threatened a $100,000 fine for contract violations.

But Armor has asserted that it's made substantial efforts to cure deficiencies with the jail's health care system. When the company took over in 2017, it inherited a system that was out of compliance with national standards and a “serious backlog of critical task” — including more than 1,500 medical requests — leftover from the past vendor, CEO Otto Campo told Elder in a May letter.

Armor has also addressed staffing shortages by bringing in additional personnel at its own expense, offering recruiting bonuses for nurses and taking other steps, Campo said.

Flaws in the system

Health Management Associates' findings illustrate, in a new level of detail, the challenges that inmates face getting health care at the overcrowded, understaffed jail.

The firm visited the jail and interviewed Sheriff's Office leaders and Armor staff for the assessment, says the 11-page document, which Elder provided to The Gazette. The report is dated July 18, although a Sheriff's Office spokeswoman later asserted that date was wrong due to a clerical error and that the firm did not provide the final draft until Nov. 26.

Inmates that Armor identifies as at-risk for suicide or self-harm are classified based on mental health history and severity, monitored accordingly and dressed in safety smocks — garments commonly used in the corrections industry that can't be fashioned into a noose. But that's largely the extent of the mental health treatment at the jail, the firm reported.

Like other correctional institutions across the country, the jail has become a repository for people with mental illness. While the Sheriff's Office doesn't know how many people in its custody suffer from mental illness, data show that nearly 6,300 of the roughly 22,500 people booked into the jail in 2018 were flagged for suicide risk or mental health problems.

The report also found that inmates with mental health issues at the jail "decompensate" due to "extensive" wait times for beds at the state mental hospital in Pueblo, where defendants from across Colorado are court-ordered to go for competency restoration services until they are deemed mentally fit to stand trial.

A lack of treatment can lead to dire circumstances for those behind bars.

An woman who suffered from bipolar disorder took her life at the jail in June, and another inmate died after jailers found him trying to hang himself in a cell last month.

Armor previously told The Gazette that its mental health staff includes six full-time behavioral health professionals who are counselors or social workers, and that inmates can ask for therapeutic services by submitting an electronic request.

Health Management Associates reported other issues at the jail, too, in addition to gaps in the area of behavioral health.

A single staff member at the jail is responsible for scheduling off-site medical appointments, arranging transport to those visits and paying the claims. There are no contracts with specialty providers, making referrals a challenge, the report says. The firm also cited issues with inconsistent payment practices and record-keeping.

When an inmate returns from an emergency department, the jail gets discharge instructions but isn't provided with other notes on what medications or procedures the inmate got while away, the report says. Health Management Associates called the practice "unacceptable," adding that such information is key to jail health care staff who follow up with that inmate.

Gibbons, the Armor spokeswoman, said it's the responsibility of local hospitals to provide patient information.

The assessment cited low morale among Armor's employees, but noted that nurses and other staff members who were interviewed appeared dedicated to inmate care.

Gibbons, the company spokeswoman, said the report "was prepared months after Armor terminated the contract" and "without the interviewing or questioning or any involvement whatsoever by Armor's team."

Armor hasn't seen the report and that management wasn't informed of it, Gibbons said.

"To present us with information from a report that we have not seen and were never asked to provide information for and saying that you’re reporting on said report and giving us only a day to respond, is evidence of bad faith," she told a Gazette reporter in response to Thursday email highlighting the report's findings.

The future of health care at the jail

Armor and Wellpath are two major players in the correctional health care industry, dominated by a handful of companies that each serve scores of jails and prisons nationwide. Both face widespread claims of substandard care.

When the sheriff's plans to implement a community-based health care model by the new year didn't materialize, the county had few choices for the 2020 contract, sheriff's officials have said.

Three companies submitted proposals when the county elicited bids for a new contractor this fall. One only offered pharmaceutical services. The other only served one other, much smaller jail. The third was Wellpath.

The jail's previous health care provider was Correct Care Solutions, which merged with another correctional health care company in 2018 to become Wellpath.

When asked about the legal claims the company faces, Lilley said lawsuits "are not an accurate measure for quality patient care, as anyone can file a lawsuit and make unsubstantiated allegations. The vast majority of lawsuits against Wellpath are dismissed with no adverse findings or judgment against Wellpath," she said.

Elder has said he hopes to establish the new jail health care model by 2021. Peak Vista Community Health Centers, UCHealth Memorial Hospital and AspenPointe are interested in getting involved, he said.

In the meantime, the Sheriff's Office plans will establish a jail health care task force and work with its partners to develop a management structure for the new system and a behavioral health program, according to a memo from the agency.

Area providers could help the Sheriff's Office establish a better "continuum of care" for people who are leaving the jail and re-entering the community, sheriff's officials have said.

Local organizations also have "a vested interest in the county and its safety net population" and "are more directly accountable to the county," Health Management Associates noted in the report when outlining the benefits of such a model.