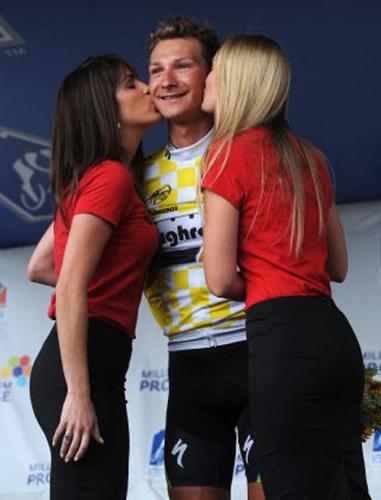 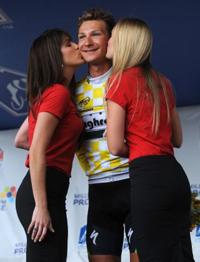 Matt Carpenter knows the joy and the terror of pushing himself to the limits of human endurance at high altitude. He’s won the Pikes Peak Marathon 12 times.

He’s wondering, along with thousands of other Colorado sports fans, how riders in the USA Pro Cycling Challenge will handle the mind-boggling rigors that await them between now and Sunday.

“The key to altitude is you have to respect and not get out too fast in it,” Carpenter said. “You can keep going if you never get in the hole, but if you get in the hole at altitude there’s no getting out.”

If you’re careful, Carpenter said, “you can have a really fun and great time” while passing those who have not been careful.

He offers this stern warning to cyclists who believe they can conquer altitude.

When the lack of oxygen hits you in the high places, it hits with a vicious unforgettable kick.  “It’s like somebody is basically doing a Darth Vader on your neck,” Carpenter said, “and turning off the air.”

On Monday afternoon, thousands of fans gathered along the 5.2-mile Prologue route, cheering and shouting while cyclists rode downhill from Garden of the Gods to the corner of Cascade and Colorado.

I stood at the finish line, watching the riders strain and clench their teeth and groan. While the crowd enjoyed the show, I felt extreme pity for the riders.

They are embarking on a savage, inhuman endeavor and many of them have no clue how much pain is in their near future. Anyone who has tried to hike above timber line has endured a taste – but only a taste – of the agony ahead.

The real fun begins Tuesday. Cyclists will seek to conquer 11,315-foot Monarch Pass. Let me make this prediction: The pass will win many of the battles.

On Wednesday, cyclists will face the unspeakably cruel task of riding a dirt road to the top of 12,126-foot Cottonwood Pass. After taking a quick, massive drop, they must climb 12,095-foot Independence Pass. This is part of a grueling 131-mile ride.

At 12,000 feet, the riders will partake of only 60 percent of the oxygen available at sea level. That spells a lot of misery.

Italy’s Ivan Basso, who finished eighth in the Tour de France, has taken a close look at the course map, and he sounds excited about the horrors that await him. “We go really, really high, almost to the sky,” Basso said.

There will be a touch of the poetic and the heroic as cyclists ride up and down mountains this week. They will climb to the heights, enduring unfathomable pain while hearing strange sounds in their brains, and a few minutes later will rip happily along downhill at astounding speeds. It should be fantastic sports theater.

Daryn Parker of Manitou Springs finished second behind Carpenter in Sunday’s marathon, and he’s an unabashed cycling fan. He took Monday off to watch the Prologue.

“The best riders in the world are playing around in our neighborhood,” Parker said. “I am so excited.”

“You go out too hard, and altitude will make you pay,” Parker said. “It is absolutely terrible. It feels like you’re powerless, and you’ve got to be very strategic about making moves at altitude.”

Parker will be watching the Challenge all week on television. He’s rooting for all the cyclists, but he has to admit he might find a touch of humor if altitude attacks a reckless rider.