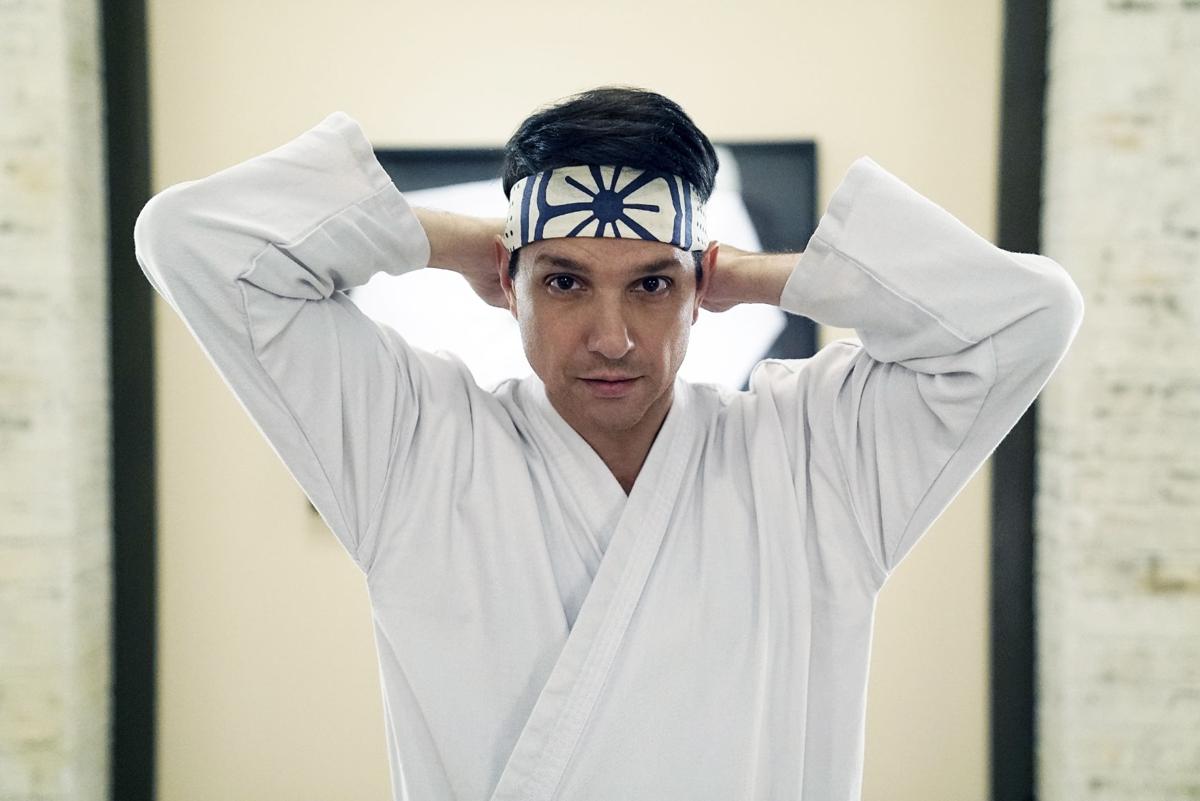 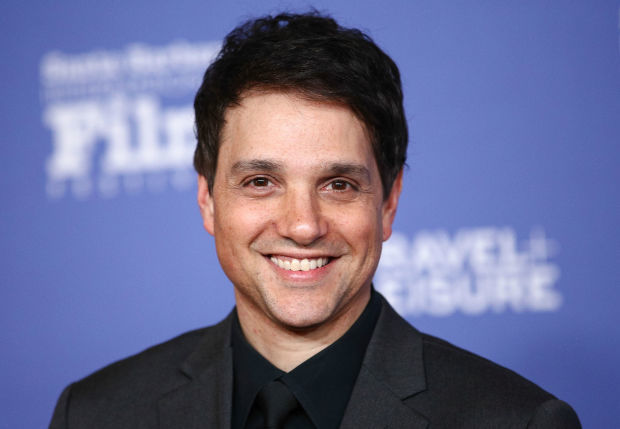 The Netflix series "Cobra Kai" is the hottest show on television. The third season of the series, which premiered on Jan. 1, is drawing rave reviews and is one of the streaming services most popular shows.

While an incredible success, in an interview that ran on June 13, 2016 in The Gazette before an appearance at Denver Comic Con, series star Ralph Macchio seemed less than enthusiastic about reprising one of his most famous roles. He also discussed why he would eventually embrace his most endearing characters after being initially reluctant.

Gazette: Have you been to Denver or Colorado before?

Macchio: Yes, I did a few weeks in 1996 in “How to Succeed in Business Without Really Trying,” the musical, at the Buell Theater. It was great. Except it took me about three performances for me to be able to breathe through it because of the altitude. It was a major adjustment. I went up to Vail for a bit on my day off but haven't been back since so I’m excited to get there.

Gazette: I noticed you were in Orlando and Phoenix for conventions in May and a Karate Kid screening in April. What do you enjoy about these pop culture events?

Macchio: The screenings are fun because its like “The Rocky Horror Picture Show,” everyone knows the lines to these movies. They yell out lines and dress like the characters and then when I come out for some Q&A, I cannot explain the enthusiasm. The same thing goes for these events (cons), you make people happy in a world where that’s not always the case.

It affords that opportunity for fans to connect. For me it’s an opportunity to hear stories about characters I’ve played that have effected people in a positive way. It’s a win-win for both sides. The fans are so excited. There’s a nostalgia to it because some of these films have molded peoples childhood in some way and that doesn’t happen too often.

Gazette: It used to be that actors hated being associated with a career defining character. You’ve had a great career and there are two particular characters from two distinctly different movies who seem to resonant with everyone. You seem to embrace this. Was it always that way for you?

Macchio: I think about 15 years ago I would have been like, “I don’t want to talk about this again.” You’re constantly trying to reinvent yourself on every level, whether as an actor, writer or director. Its part of the process but it’s not so easy to do and sometimes it’s not achieved. How I look at it at this point is that I’d cut out a number of opportunities if I didn't talk about “The Karate Kid.” That’s just kind of foolish. And it would send a message to the people who were inspired by that film. It’s a slap in the face to the people that took that role to heart. So to me, I take it as a responsibility and a privilege that I got to play a role that did this much for so many people.

Outside of all the fun pop culture stuff, the “wax on, wax off,” the “sweep the leg” the “get him a body bag” or the silly stuff that goes along with it, it’s still a movie where you cheer the protagonist at the end because you feel you relate to that guy. But 15 years ago, yeah, I’d of dragged my feet a bit more. And the truth is, yes, it does get wearing after a while but you try to balance it with other things and other work and you try and promote new stuff that you have going. But to turn your back on what got you there is silly.

Gazette: The cultural impact of the films you’ve been in has touched generations of audiences. For example, I was telling to my 16-year old daughter that I was going to interview you and the first words out of her mouth were, “Stay gold, Ponyboy.” What’s it like being associated with something so deeply embedded in pop culture?

Macchio: It’s wonderful. That book has been around way before my career ever started, it was written in 1967 and I read it when I was 12 years old and I was just lucky enough to get one of the best parts in it. It was a heck of a cast and I love talking about “The Outsiders.”

Gazette: I’m sure you’ve heard stories like this before but I have to share this with you. Just so you know, my wife and her friends, as freshmen in high school, loved “The Outsiders.” A film full of a bunch of good-looking guys appealed to teenage girls. Who knew? Anyway, they had this Outsiders Club and in order to get into it, you had to answer questions about the film to prove that you really knew your stuff. Want to see how well you’d do?

Macchio: I haven’t watched it in a while and haven’t read the book in years but let’s see how I do. This sounds fun.

Gazette: They have eight or ten questions but I’ll only give you three.

Macchio (laughing): That sounds about right.

Gazette: Okay, let’s get started. Are you tuff?

Macchio: Am I tough? Is Johnny tough? I remember saying Mustangs are tough. That was my line in the movie. I would think he says he’s not tough. Am I wrong?

Gazette: No, he does say he's tough.

Macchio: Shows you what I know. I was overanalyzing it. Give me another one. This is going to be an epic fail. Let’s go again. (Editors note: I owe Ralph an apology. Dallas says he’s tough, NOT Macchio’s Johnny Cade. And I had just watched the movie the weekend before I talked to him.)

Gazette: The quiz continues. Question two - Have you seen “The Outsiders” at least twice?

Macchio: Yes. From the first screening back in 1983, I don’t know how many times I’ve seen it. There was a director’s cut complete novel version. I’ve seen that twice. But I’ve seen the original film, in the 33 years since it came out, I’ve probably seen it about 8 times. It could be more than that.

Gazette: Last “Outsiders” quiz question. Keep in mind this last question was written by my wife when she was 14, not by me. Do you think Matt has a hot bod?

Macchio (laughing): Since he’s a friend of mine I’d have to say yes. I mean come on. He was like a young Paul Newman or Marlon Brando. He just had that charisma. He was a matinee idol that could deliver great performances and he’s been Oscar nominated at least once. I’ve known him a long time and he was Dallas Winston. He just killed it.

Gazette: Reboots and revisiting successful films from the past has never been more popular. Has anyone talked to you about doing a reboot of the “Karate Kid” franchise with you reprising your role as Daniel LaRusso in a mentor role, training a young protege?

Macchio: That’s been pitched to me for years from the guy who delivers my mail to the guy at the hardware store to the butcher. It all comes down to the script. Fifteen years ago I’d want to shoot myself but now, with Sylvester Stallone playing Rocky in “Creed” and they’re doing “Fuller House” and bringing back stuff from that time that’s attractive to audiences, but the script really would have to be great. And if it isn’t it just taints the legacy of what you’ve done to begin with.

That’s precisely why I didn’t want to be involved in the 2010 remake. I just said, “Let them make their own movie.” There’s too much risk for the reward of doing something, even a cameo, if it doesn’t turn out to be great. But if someone ever wrote the script, if Robert Kamen who wrote the original films and created these characters, wanted to back and figure out a way, sure we’d all look at it and embrace that. But I don’t know. Sometimes things are better left in the past.

Why hasn't there been a sequel to “E.T.”? Because Spielberg just feels that those kids and that story were the faces of that time. We don’t have Pat Morita so we can’t harken back to that. And no one necessarily wants to see Daniel LaRusso as a man. You don’t mind seeing me in other roles but how I looked with the headband and the whole thing is pop culture now. I would say unless the script is great, I would stay away from it, as I have.

Gazette: Let’s get back to the present. What are you up to now and what projects do you have on the horizon?

Macchio: I just finished a play entitled “A Room of My Own” in New York. It was a sold-out run and we’re looking to move it uptown and discussing it as a half-hour comedy for cable television. So I’m excited about the potential of that. I was just offered something, a recurring role on an HBO series. I’ll have more information on that very soon. I have a film called “Lost Cat Corona” coming out later this year (Ed. note - You can check out the trailer for that here.). And I have a couple of other things in my back pocket that I’m hoping will materialize.

Gazette: DCC occurs on Father’s Day weekend. Any messages for all the dads out there?

Macchio: I realized that after I committed. I’m away for Father’s Day! This year I’m getting a barbecue although it means more work for me (laughing).

I’ve always been a hands-on dad. Ironically for me my career slowed down a bit at the point where I had my kids so the good part about that is I got to be around. It’s a very fleeting time that your kids are in the house. I’m a quasi-empty nester so make sure you take those moments and enjoy them. Another thing about parenthood is that it’s not seasonal. You’re a parent forever. It only keeps going. It’s the greatest reward but also challenges you as well. It’s the toughest job in the world but as long as they keep coming back to the nest and know where home is, we can say we did a pretty good job. I have great relationships with both my kids and I’m blessed with that. And they are too.

Former Colorado resident Titus Makin is a star on the rise.