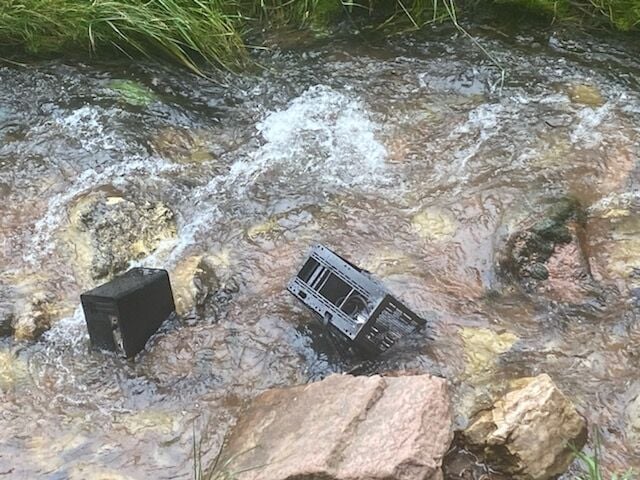 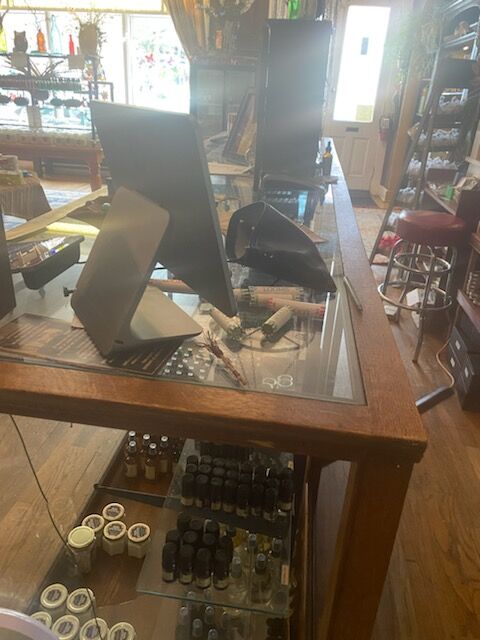 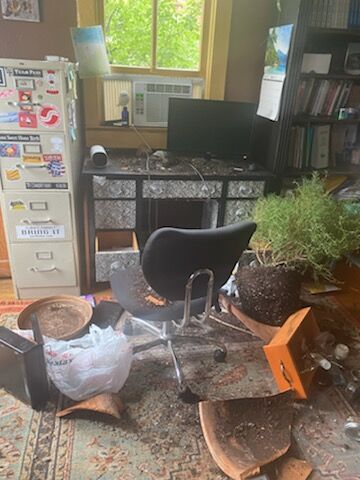 A burglar was caught on Anna's Apothecary's  security camera, ransacking the store, which is a popular haunt in downtown Manitou Springs that sells herbs, oils and teas.

Another burglary police said was related took place at a business nearby on Manitou Avenue at around 11 p.m., roughly thirty minutes after the one at Anna's.

Police said in a Thursday press release that they’re looking for a 5-foot-11 man with a thin build they believe is connected to the break-ins, which they believe were related.

In the release, police said that it was “disheartening to see such a senseless act take place” in a community where many small businesses have struggled over the past year.

One of the shop's co-owner's, Anna Papini, said her sister and co-owner, Sara Berry,  came into the store Wednesday morning to find approximately $5,000 to $6,000 worth of electronic equipment, property and cash damaged or missing.

"We're really disappointed that people would target a small business," Papini said. "We're just shocked somebody would do something so petty and horrible."

Papini said the damage included smashed glass counters, riffled files, and much of the store's valuable electronic equipment, as well as the store's safe, dumped in a nearby stream.

Papini said a case was opened with the Manitou Police Department and that the store would "beef up" its security.