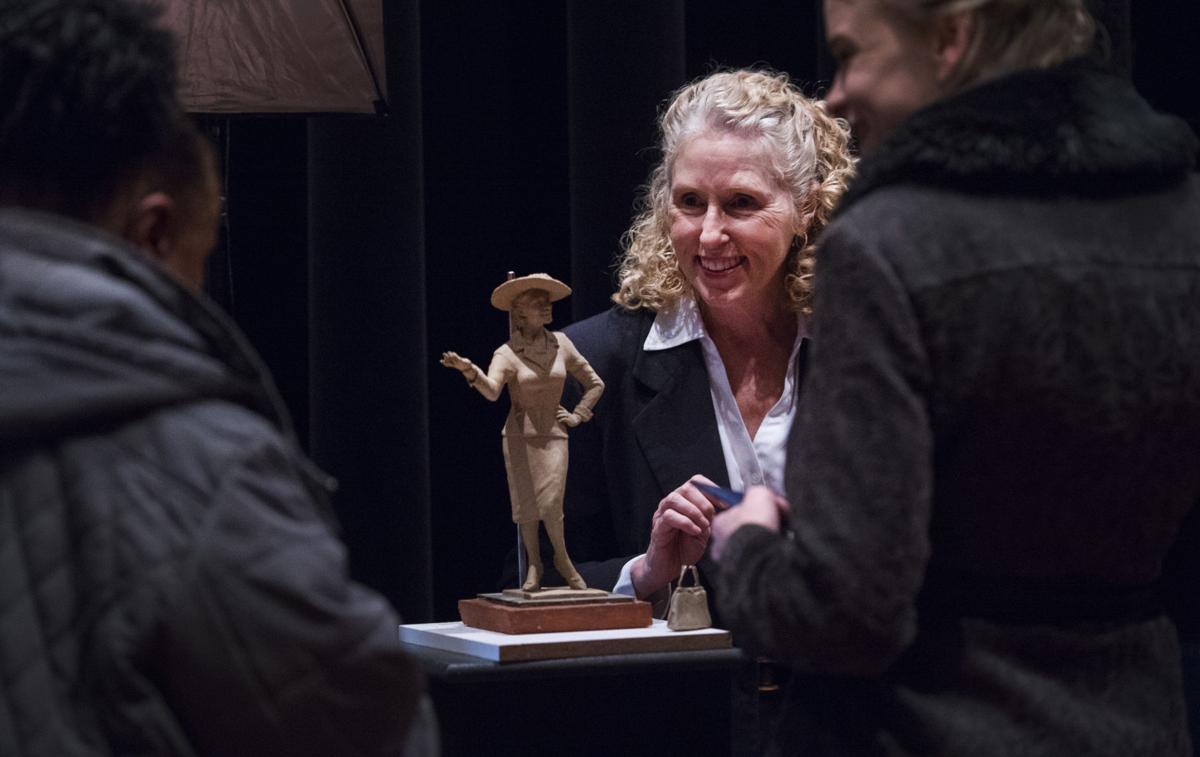 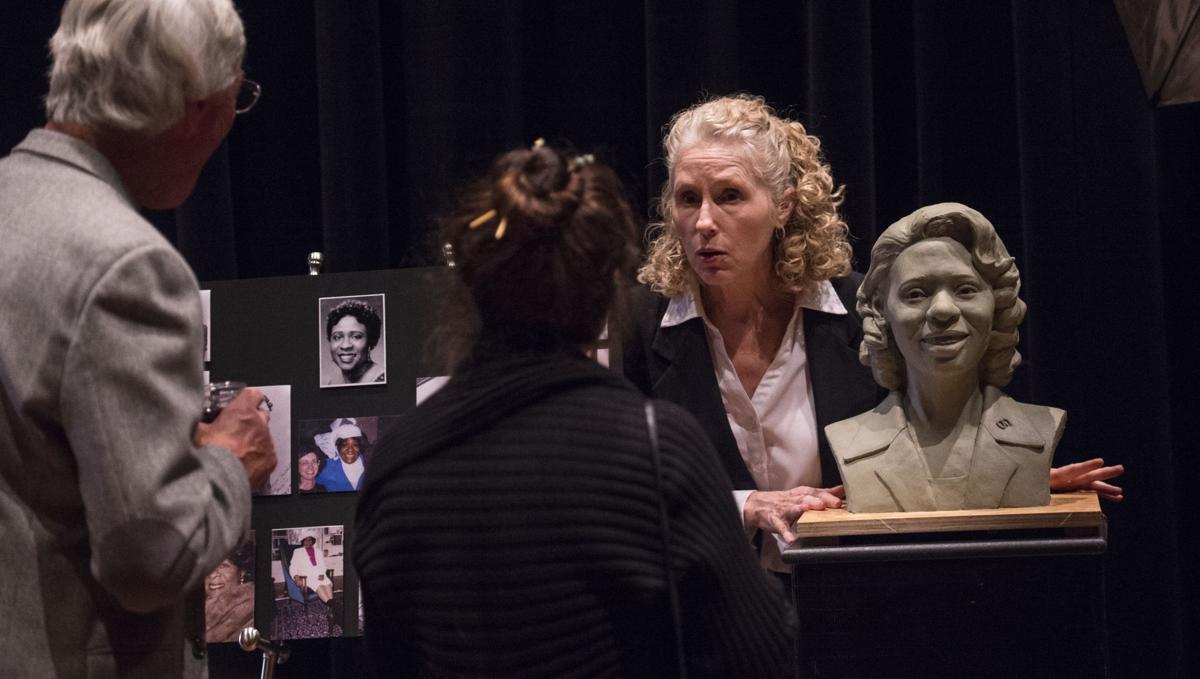 Sculptor Lori Kiplinger Pandy talks about her bust of local civil rights hero Fannie Mae Duncan on Wednesday during a reception at the Pikes Peak Center. 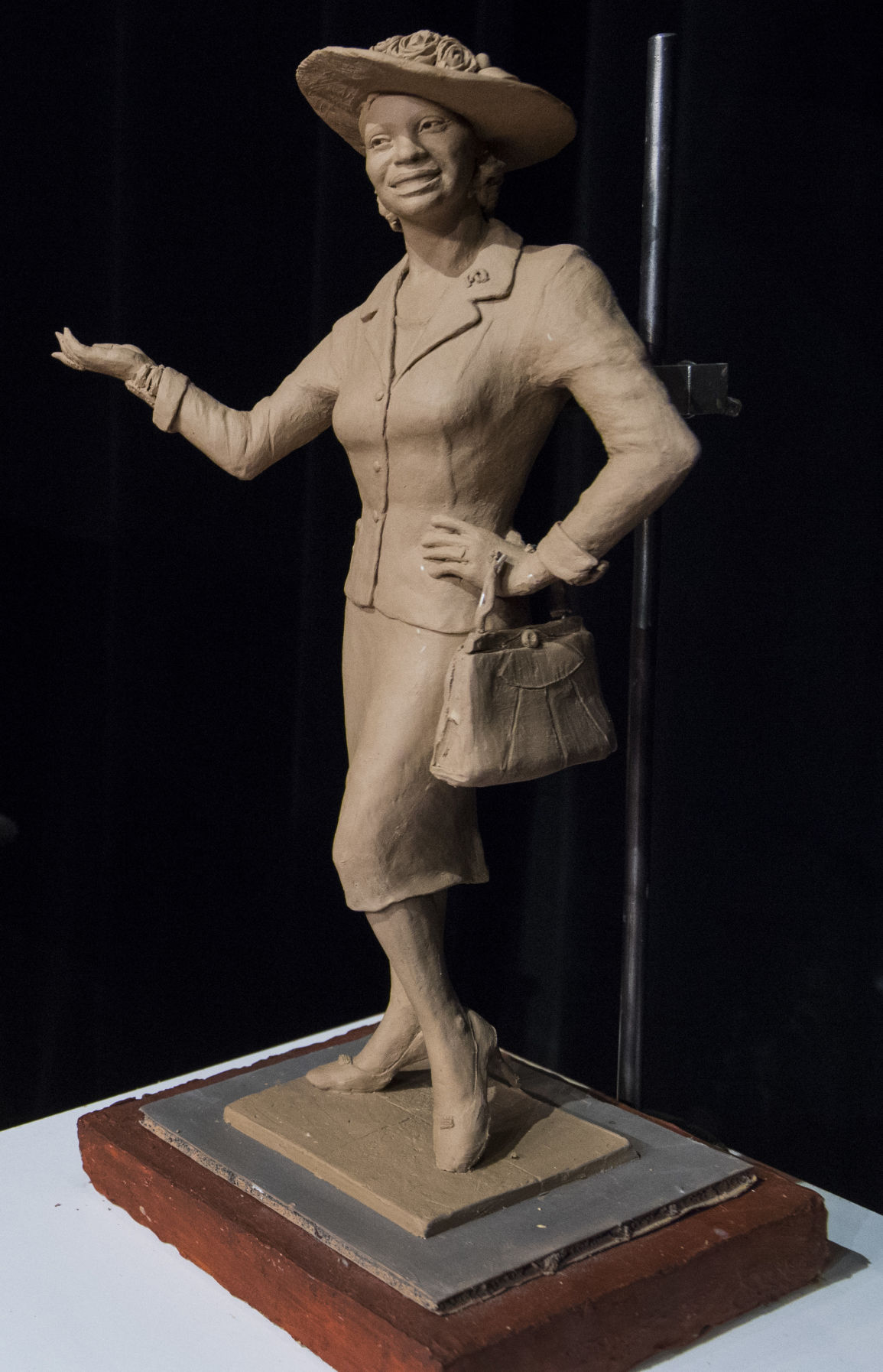 Sculptor Lori Kiplinger Pandy talks about her bust of local civil rights hero Fannie Mae Duncan on Wednesday during a reception at the Pikes Peak Center.

Local residents on Wednesday got a first look at an artist’s portrayal of a beloved local African-American businesswoman who will be recognized with a statue in downtown Colorado Springs next year. The statue of Fannie Mae Duncan will be the first of a black woman in Colorado Springs.

The bronze tribute to Duncan, whose renowned Cotton Club on West Colorado Avenue was the first business in the then-segregated city to permit patrons of all races, will be placed in front of the Pikes Peak Center late next summer.

The sculpture will show Duncan in her mid-30s — about the same age she would have been in the 1950s, when the club opened less than a block away from where the statue will stand.

Roughly 75 people gathered at the Pikes Peak Center to honor Duncan’s legacy and see the miniature statue and two other busts that Kiplinger had created of Duncan.

Located at the corner of Sahwatch Street and West Colorado Avenue, the club became a place where black soldiers, Colorado College students and wealthy white socialites could mingle during the divisive civil rights era. Duncan welcomed famous black musicians, such as Louis Armstrong, Duke Ellington, and B.B. King when The Broadmoor and The Antlers hotels only allowed white performers.

“Here in America, we have gone from the problems of segregation, to the mass incarceration, to the denial of immigration — all of which have at least two things in common, division of race and hatred. “ said Regina Lewis, a communications professor at Pikes Peak Community College who spoke at the event. “Now, more than ever, we need a new approach to an old idea: the rebirth of ‘Everybody welcome.’ ”

Duncan ran the Cotton Club for nearly 30 years until the 1970s, when the city took over the property and tore it down as part of an urban renewal effort. She died in 2005.

Kiplinger has spent more than four months researching Duncan’s past and working with a steering committee to develop a statue design. The miniature sculpture shows Duncan wearing a two-piece suit, with a flower-laden hat — typical of her wardrobe — tipped back on her head slightly so that the sun will hit her face, Kiplinger said. Some elements of the design may still be tweaked, Kiplinger said.

“It’s really nice to know that, together, we are putting a woman out there that a lot of people don’t know — that they are going to find out about,” Kiplinger said during the event.

The statue steering committee has raised about $70,000 for the project, said Kay Esmiol, who wrote Duncan’s biography and has spearheaded the effort to honor her with a statue. With transportation and installation, the cost of the project will likely exceed $100,000.

Esmiol hopes to celebrate the placement of the sculpture with a jazz festival next summer.

It was a who’s who in the arts community Tuesday night, as many gathered for the 50th anniversary of the Pikes Peak Arts Council Awards at the…