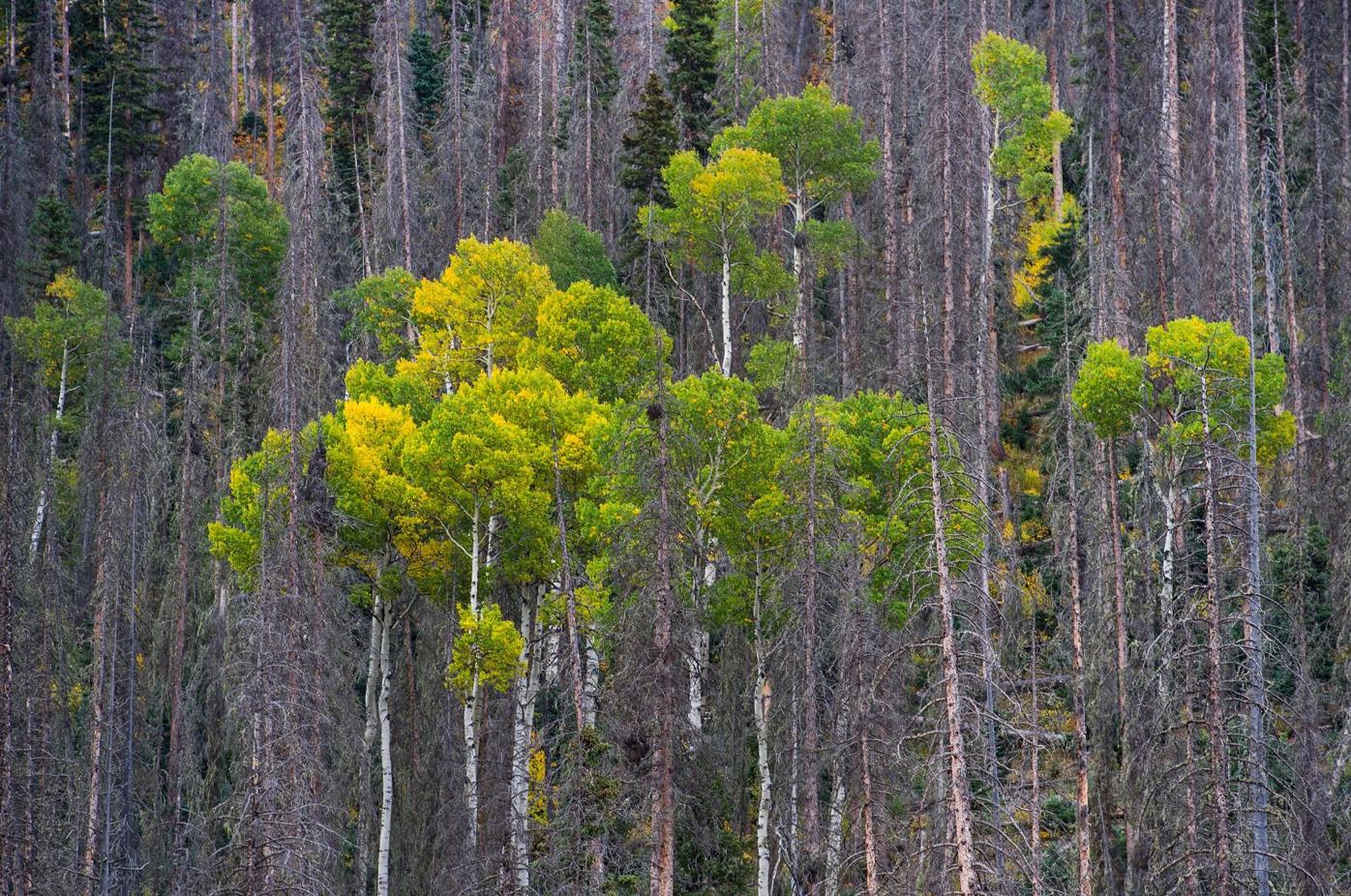 The turning aspens stand out among pine trees devastated by beetle kill in this Gazette file photo. Dead timber like this have greatly fuels Colorado wildfires this year. 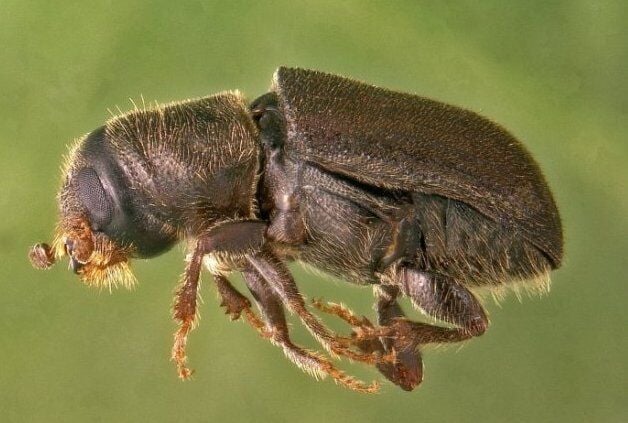 The turning aspens stand out among pine trees devastated by beetle kill in this Gazette file photo. Dead timber like this have greatly fuels Colorado wildfires this year.

This summer has seen the three largest wildfires in Colorado history, scorching more than 700 square miles of Colorado forests in just the past few months.

But the giant Cameron Peak fire, the state’s largest ever, and the East Troublesome blaze, which has become Colorado’s second-largest, owe their rapid spread to a tiny insect about the size of a grain of rice.

Mountain pine and spruce beetles live in Western North American forests and feed on several species of pine tree, including lodgepole and ponderosa pines, which occupy nearly 4 million acres of the state’s forested land, according to the Colorado State Forest Service.

Pine beetles lay their eggs in the tree bark, and when the eggs hatch, the larvae feed on the trees and produce a fungus that inhibits their ability to draw water and nutrients from the soil.

Lester, who heads up the Colorado State Forest Service, estimated that the ravenous pests have killed more than 5 million acres of trees in the past decade. As the trees die, they dry out, creating the perfect fuel for wildfires.

The dried-out terrain, unseasonably warm temperatures, and fierce winds have made life extremely difficult for the thousands of firefighters battling wildfires up and down the state.

"We've seen drier, hotter conditions in our state," said Gov. Jared Polis, who added that a statewide drought has exacerbated the explosion of wildfires.

Global warming has brought longer, warmer summers and milder winters, creating an environment that allows the beetles to thrive, according to Lester.

“We used to be able to count on long periods of subzero temperatures to control the beetles,” Lester said. “But now, the warm seasons are longer, the cold seasons are shorter and not as cold, and that has really allowed these beetles to increase their numbers.”

Lester pointed to the current wildfires as tangible evidence of global warming.

“We’ve got all these fires burning here, and it’s almost November,” he said, noting that the three biggest wildfires in Colorado history have all taken place this year. “That’s not something that we would have seen 20 years ago.”

Clearing away the dead trees isn't easy because much of the forest land is difficult to access with machinery. Also, Lester said, it's very expensive.

“A million dollars may sound like a lot of money,” he said. “But that would only clear a fraction of the dead trees in the Front Range.”

The East Troublesome fire more than lived up to its name, growing by more than 140,000 acres in the past two days to become the second largest…