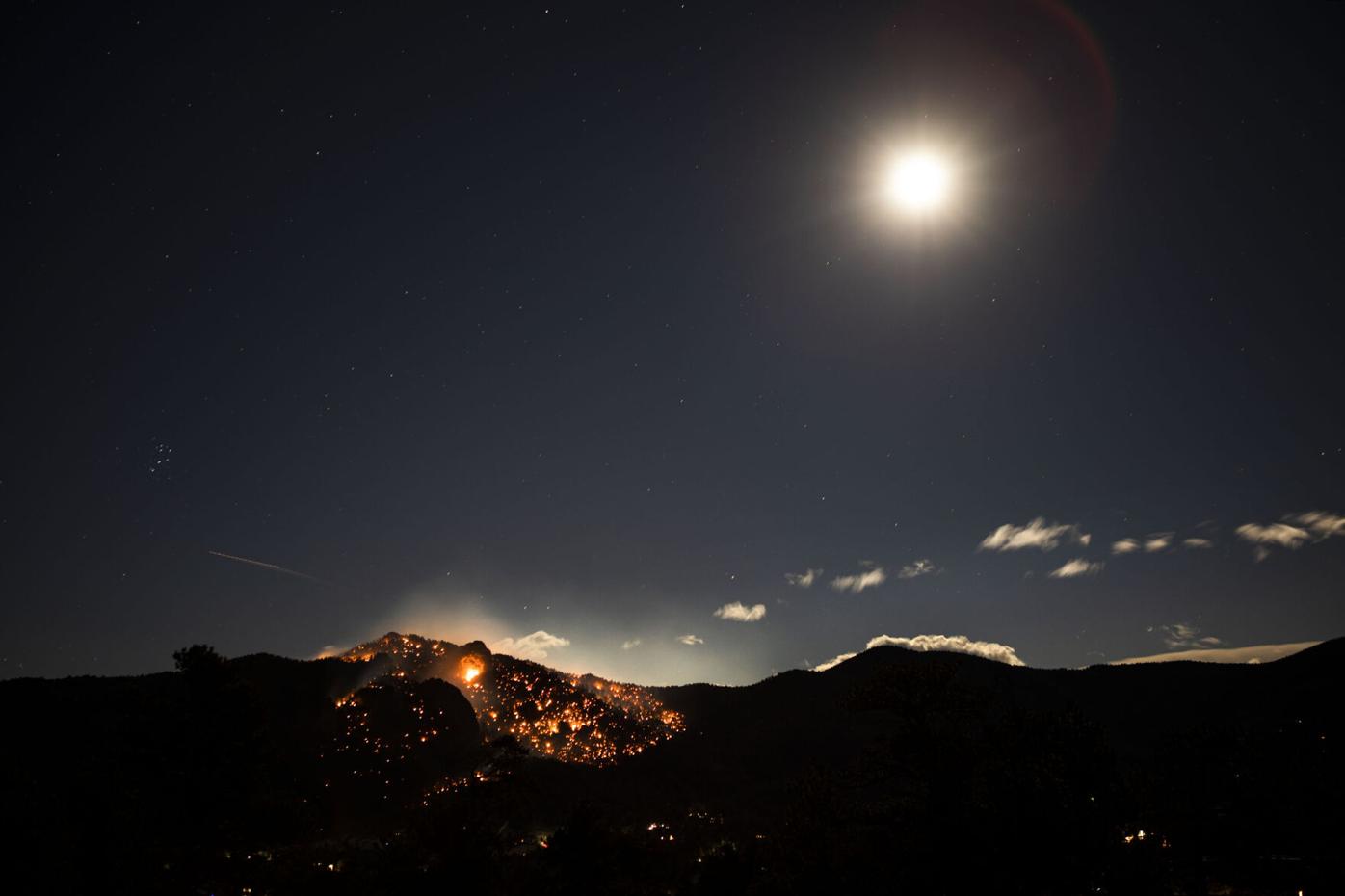 The Kruger Fire burns on a hillside after dusk on Tuesday, Nov. 16, 2021, in Estes Park, Colo. (Timothy Hurst/The Gazette) 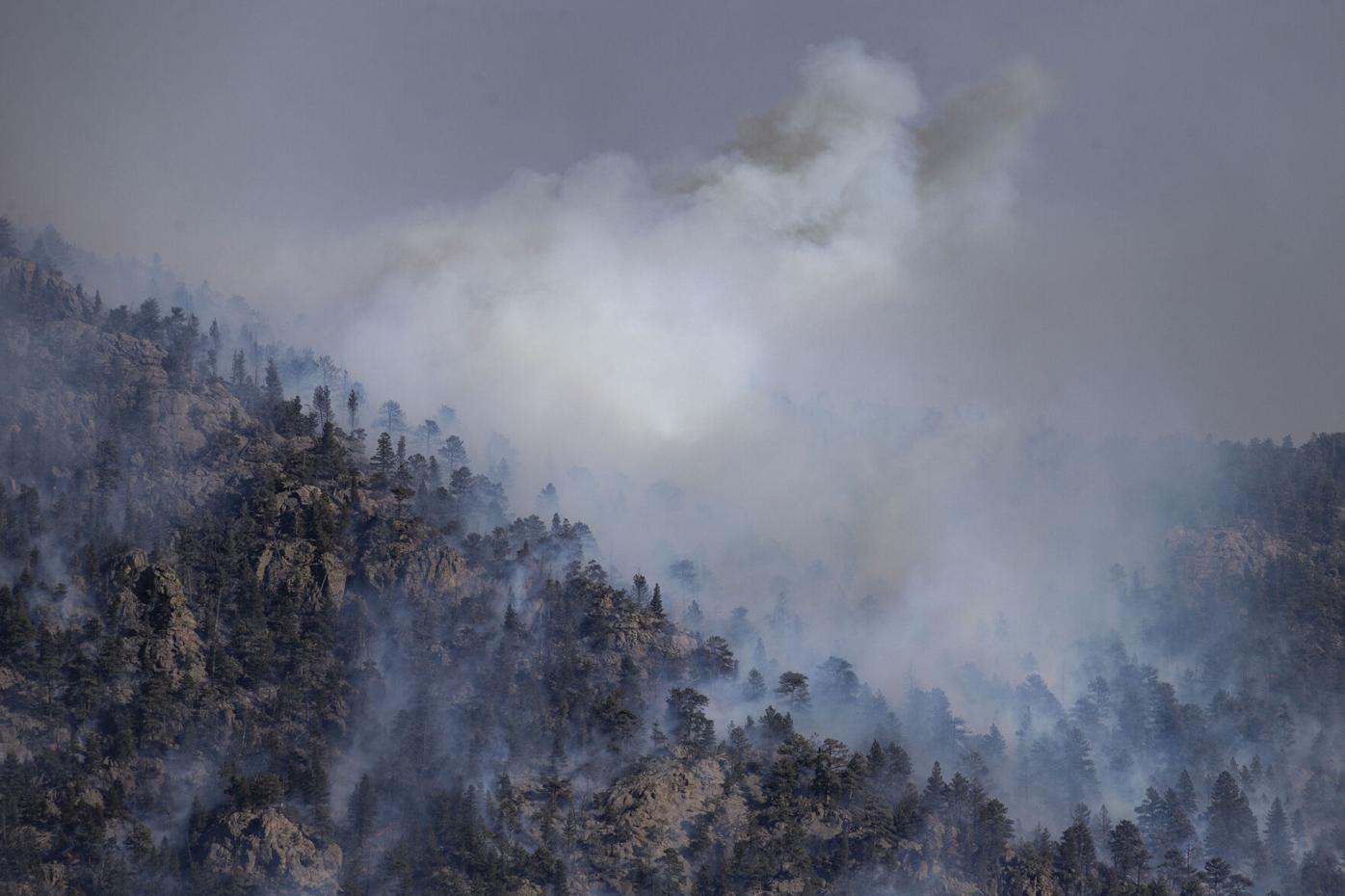 A plume of smoke flares up from the Kruger Fire on Tuesday, Nov. 16, 2021, in Estes Park, Colo. (Timothy Hurst/The Gazette) 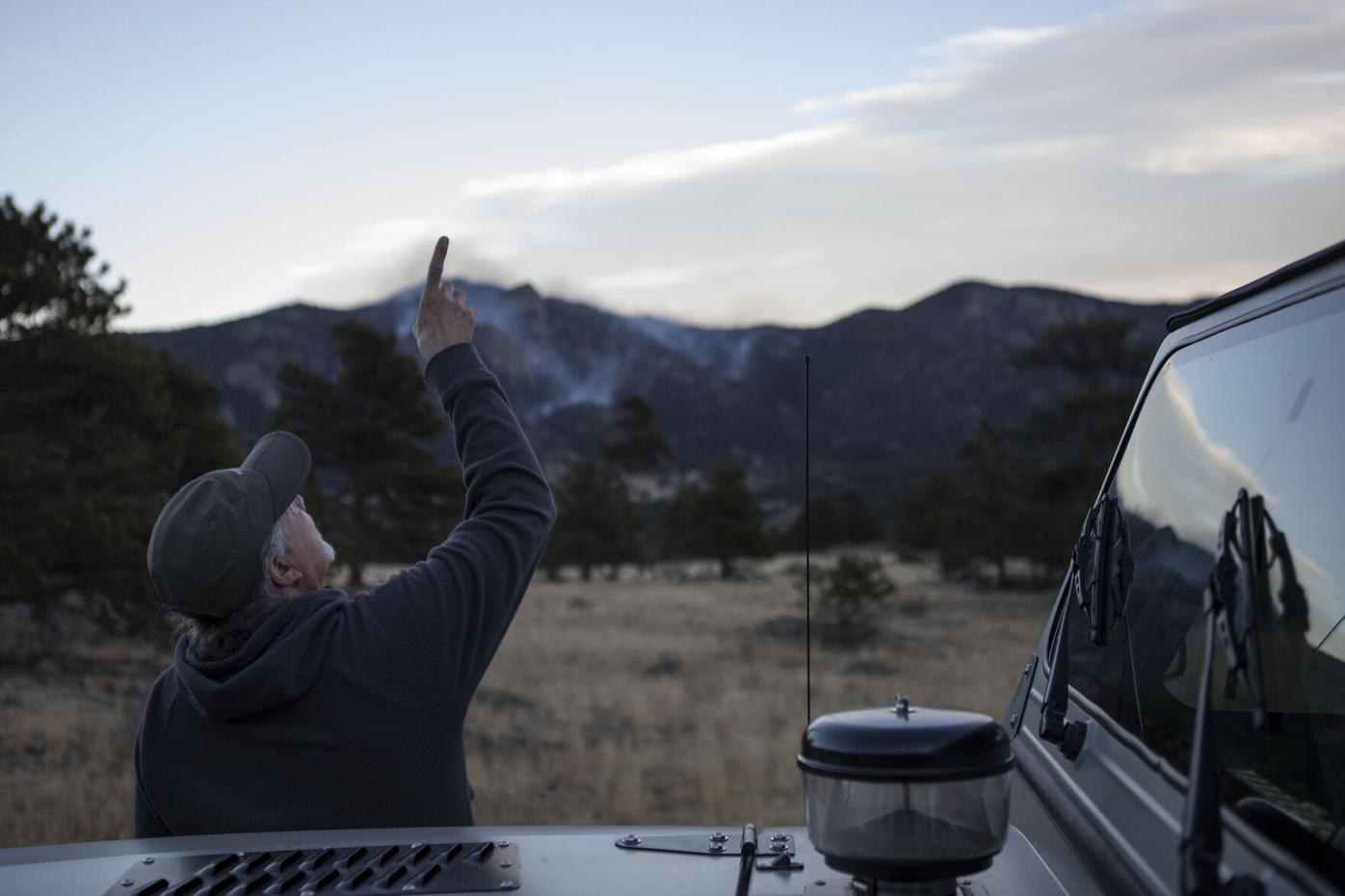 Estes resident Jim Zampino points out a spotter plane while watching the Kruger Fire from a side street on Tuesday, Nov. 16, 2021, in Estes Park, Colo. (Timothy Hurst/The Gazette) 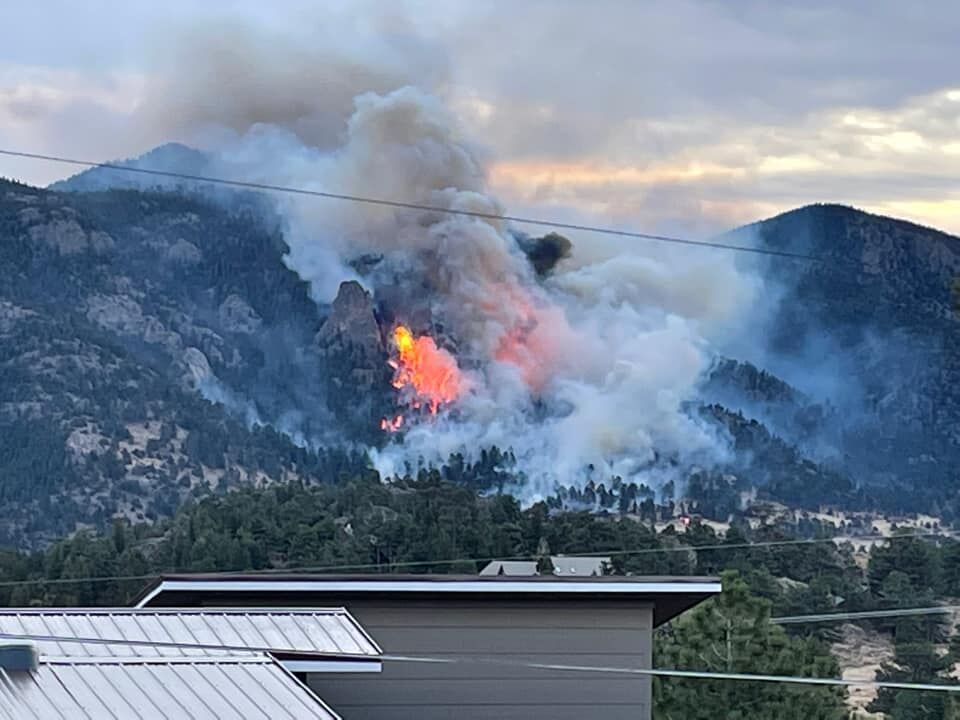 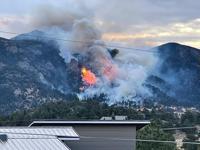 The Kruger Fire burns on a hillside after dusk on Tuesday, Nov. 16, 2021, in Estes Park, Colo. (Timothy Hurst/The Gazette)

A plume of smoke flares up from the Kruger Fire on Tuesday, Nov. 16, 2021, in Estes Park, Colo. (Timothy Hurst/The Gazette)

Estes resident Jim Zampino points out a spotter plane while watching the Kruger Fire from a side street on Tuesday, Nov. 16, 2021, in Estes Park, Colo. (Timothy Hurst/The Gazette)

Federal agencies have launched investigations into a crash that killed the pilot of a firefighting plane that was battling the Kruger Rock fire near Estes Park.

The plane, a single engine air tanker, was assisting with firefighting efforts before it went down in mountainous terrain in the firefighting zone before 6:30 p.m., said Larimer County sheriff's Deputy Chris Smith.

The plane was located just shy of 10 p.m. near the south end of Hermit Park. The plane had only one occupant, according to the Sheriff's Office, which released a statement late Tuesday night.

The Federal Aviation Administration and National Transportation Safety Board are investigating the crash.

The fire, which broke out Tuesday morning south of downtown Estes Park, had burned 133 acres of forest by Tuesday evening and was only 15% contained, according to the Sheriff's Office. Evacuations were ordered.

Firefighters were still battling the blaze after dark in order to save threatened homes and buildings at the time the plane is believed to have crashed.

The Gazette's partners at 9News reported that the plane is owned by CO Fire Aviation and that the pilot told the TV station before the flight that the fixed-engine plane would "make history" by fighting a fire at night.

Responders were sent to 17 Hermit Park Road at 6:46 p.m. after reports of the crash, The Estes Valley Fire Protection District reported on PulsePoint, a mobile app that allows user to view and receive alerts being responded to by enlisted agencies.

"Our prayers are with the pilot, their family, their aviation family and the firefighting community," said Conor Cahill, press secretary for Gov. Jared Polis, in an email statement.

Several residential areas had been evacuated because of the Kruger Peak fire.

"Homes are being threatened as of right now. We have not had any reports of damage to homes. Our fire crews are doing a really good job of structure protection and trying their best to ensure that those homes stay safe," David Moore, a spokesman for the Sheriff's Office, said midday Tuesday.

The fire was reported just before 7 a.m. The area's rugged terrain and winds that topped 40 mph made it more difficult for firefighters to contain the blaze, Moore said.

"It's very steep. It's very difficult to get firefighters to get in there to attack the fire, as well as the high winds," Moore said during an afternoon briefing. "If we can get air resources in there safely, [then] we will."

Winds leveled off in the afternoon, allowing 150 firefighters from six agencies to battle the blaze. A total of 17 agencies are assisting in emergency response efforts, according to the Sheriff's Office.

Weather forecasts called for wind gusts to top 20 mph overnight and into Wednesday, which could lower the chance of the blaze spreading. However, wind speeds are expected to rise on Wednesday into Thursday, said Russell Danielson, a meteorologist with the National Weather Service in Boulder.

Other areas that were under voluntary evacuations such as Meadowdale, Big Elk Meadows and Pinewood Springs west of U.S. 36 were upgraded to mandatory evacuations in the afternoon.

Jacqueline Beskid, who lives in the Little Valley subdivision, said she had just gotten back inside from taking her 12-year-old golden Labrador, Copper, on a walk when she saw flames.

"I looked out the window and there was a fire," she said. "I was concerned, but we've seen this kind of thing before, so we decided to get ready to leave."

Facebook posts from people in the area showed flames and smoke on a hillside above homes, but the protection district said no homes had been lost.

Residents can text the word LCEVAC to 888777 for updates on evacuations.

U.S. 36 is closed between Mall Road in Estes Park and Apple Valley Road west of Lyons.

The U.S. National Forest Service closed the lands south and east of Estes Park due to fire. The Twin Sisters area within Rocky Mountain National Park was also closed.

The cause of the fire is unknown, the Larimer County Sheriff's Office said.

Carol McKinley of The Denver Gazette contributed to this report.