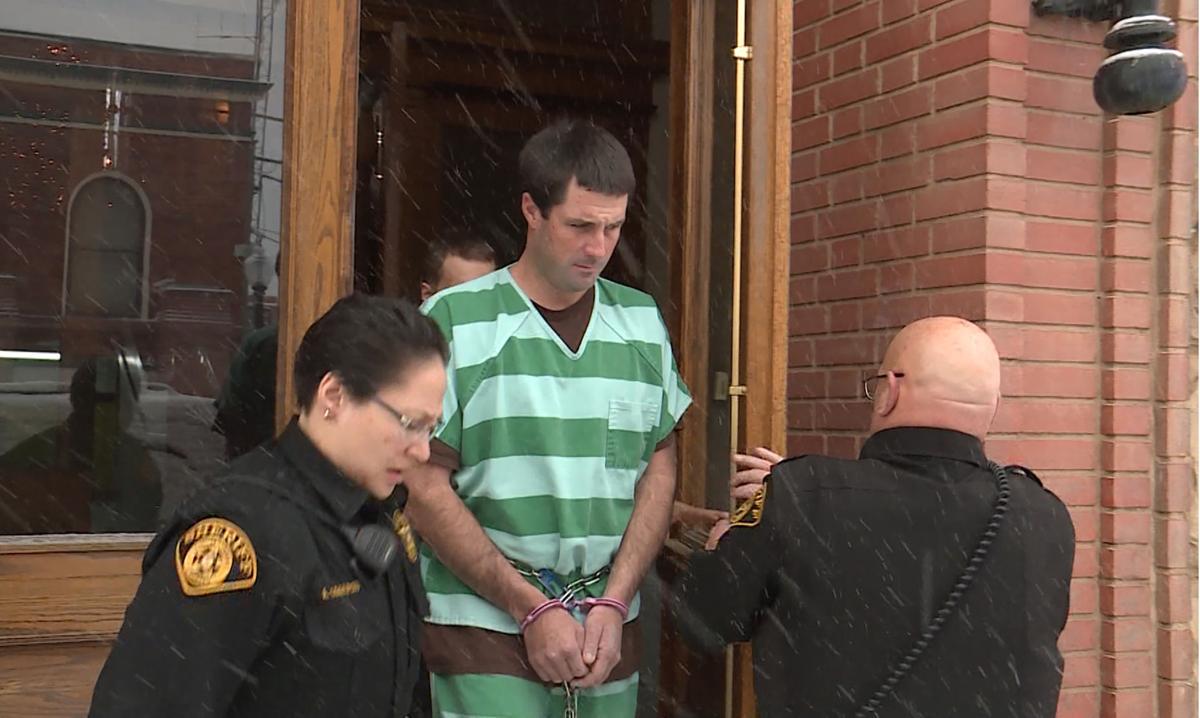 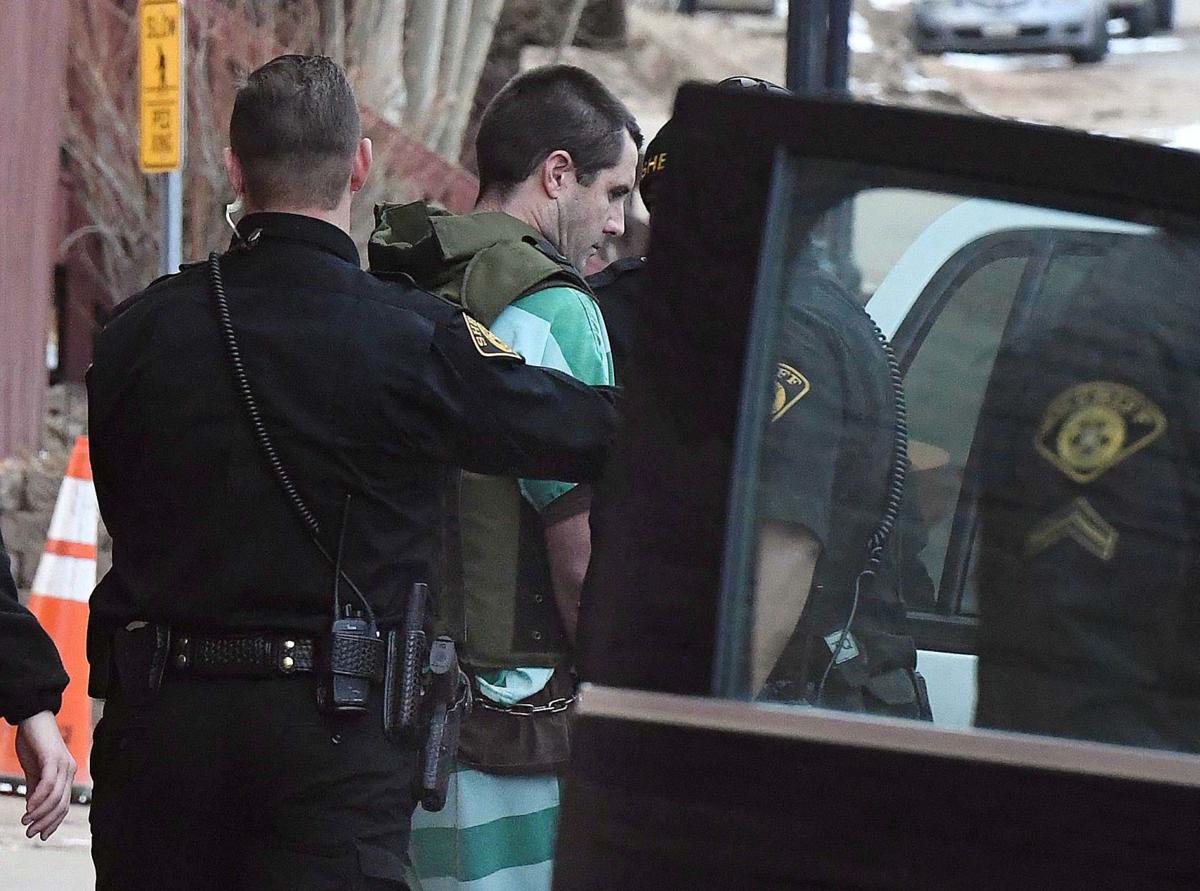 Patrick Frazee was escorted to an awaiting SUV after a day at the Teller County Courthouse in Cripple Creek in this Feb. 2019 file photo. Frazee has been charged with the murder of Kelsey Berreth, the mother of his daughter.

Patrick Frazee was escorted to an awaiting SUV after a day at the Teller County Courthouse in Cripple Creek in this Feb. 2019 file photo. Frazee has been charged with the murder of Kelsey Berreth, the mother of his daughter.

CRIPPLE CREEK -- A Teller County nurse told a jury Tuesday she exchanged flirtatious text messages with Florissant rancher Patrick Frazee one day before he allegedly beat his fiancée to death with a baseball bat.

In one instance, Frazee, 33, complained about “life” getting in his way, but he later told Savannah Greasby, also of Florissant, that a change was coming.

“Life is about to slow down,” Frazee wrote her on the day after Thanksgiving, even as authorities say he directed a different woman’s role in covering up his alleged killing of Kelsey Berreth.  “Get through tomorrow morning and I’ll be OK.”

Prosecutors displayed screen shots of their text message conversations on a large screen in court as they sought to paint Frazee as a schemer – or a “cold, calculating manipulator,” as they put it earlier this month during a dramatic opening statement at Frazee’s first-degree murder trial.

On the seventh day of testimony, four women who paid Frazee, a part-time farrier, to care for their horses or donkeys told the jury how he repeatedly disparaged the mother of his daughter, although never by name.

Greasby and the others said they didn’t know that Berreth considered herself Frazee’s fiancée and planned on marrying him. Cheryl Berreth said in earlier testimony that her daughter didn’t mention any plans to leave Frazee, or serious discord between them.

The night before Berreth disappeared, she was awake until 4 a.m. after driving to deliver Frazee medication for his stomach pains. An analysis of her computer revealed she searched more than a dozen times that morning how to soothe his symptoms, according to earlier testimony.

But in various exchanges before and after Berreth’s Nov. 22, 2018 disappearance, Frazee referred to Berreth as “absolutely crazy,” “bipolar” and “unstable,” and claimed she had no interest in claiming custody of their daughter, the women told the jury.

Greasby, who lives in Florissant and works at a Colorado Springs hospital, testified that Frazee told her Berreth had been “in rehab,” claiming she had a psychiatric disorder.

Another woman testified she had a sexual relationship with Frazee in 2016, four years after he started as her farrier.

Frazee seemingly lost interest, she told the jury. “He stopped communicating with me and at that point in time we just proceeded to communicate when I needed my horses shod.”

She also described how Frazee, in 2015, made a comment about Teller County being “big county”: “Anybody could disappear anywhere.” She said she agreed and told him: “Just put a body on a horse and take it where you know nobody ever goes.”

Katherine Donahue, who paid Frazee to care for her horses near Cañon City, called Frazee “personable” and private -- until the day he suddenly brought over an infant daughter, after previously claiming he didn’t have a girlfriend, wife or family.

She said Frazee claimed he had briefly “dated” the mother the previous summer. He told her the mother didn’t tell him about the pregnancy until she was “on her way to the hospital,” and that when their baby arrived, she was a disinterested mother.

Laurie Luce, of Park County, said she quizzed Frazee on how he was doing when she learned through news reports about his fiancee’s disappearance.

She testified that Frazee portrayed himself as a victim, describing how he and his daughter were left in the back of a squad car on a cold day, with the door open, as officers searched his Florissant home in the wake of her disappearance.

Luce said she sought to reassure him, telling him, “Well, Patrick, maybe she’ll come back.”

Investigators Tuesday also detailed the searches they conducted after Idaho nurse Krystal Lee confessed her role in an alleged coverup that she said was orchestrated by Frazee.

Working on tips from Lee, investigators returned to Berreth's townhouse, Frazee's ranch in Florissant and a barn outside Cripple Creek, where Lee claimed Berreth's body was stashed before it was burned.

The searches turned up new evidence: Blood spots on walls, the stone fireplace and a wooden baby gate, according to a Colorado Bureau of Investigation evidence technician. Investigators also found blood under the living room's wooden floorboards. And they found cleaning marks on couch cushions and a picture frame.

At Frazee’s ranch, a large pad of melted plastic was consistent with the plastic tote that Lee said was used to transport and burn Berreth’s body, according to arson investigator Jerry Means, chief fire investigator at Adams County Fire Rescue and retired CBI agent.

Means used a laser pointer to highlight a large oil stain depicted in a picture on a screen and offered a grisly explanation: that it was left by rendered fat from a human body.

He acknowledged under cross-examination that he couldn’t be certain, but Means said the stain was consistent with stains he had seen after other fatal fires.

Testimony is expected to continue at 8:30 a.m. Wednesday.