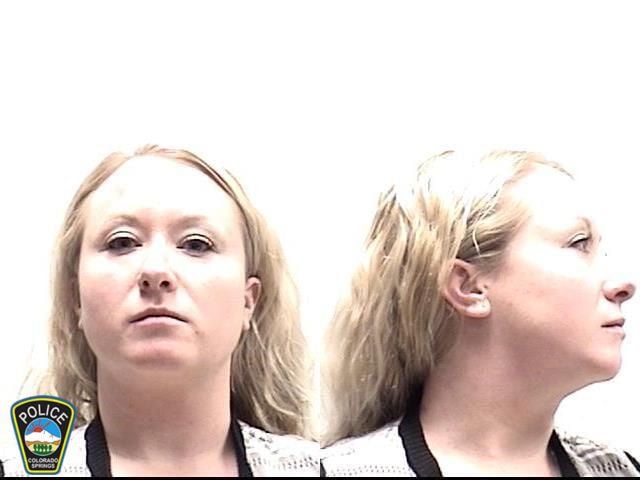 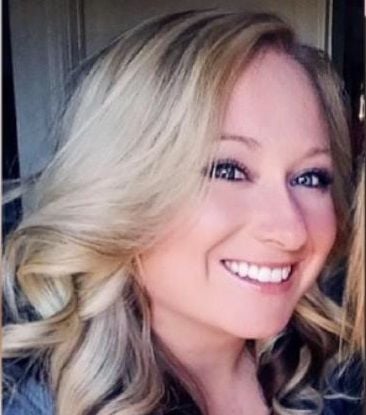 CRIPPLE CREEK • The key witness against a Florissant rancher accused of beating his fiancee to death and burning her body stood her ground Thursday under cross-examination by the defense.

“That’s the story that you had to tell those agents to get your plea deal, is that right?” asked Adam Steigerwald, a public defender.

“I had to tell them the truth,” Krystal Lee replied.

The dramatic exchange highlighted more than an hour of aggressive questioning by attorneys for Patrick Frazee, the man accused of bludgeoning Kelsey Berreth with a bat last year in her Woodland Park condo while the couple’s daughter was in another room.

It followed two days on the stand by Lee, the prosecution’s star witness, whose testimony has held this Cripple Creek courtroom in rapt attention.

Steigerwald, Frazee’s public defender, hammered her with rapid-fire questions, pressing her on why she decided to testify against the man she said she was infatuated with for more than a decade.

The interrogation forced Lee, who has previously gone by the name Kenney, to account for her actions — and failures to act — in what authorities say was a gruesome murder.

It began with Lee agreeing to poison Berreth with her favorite Starbucks coffee early last fall, only to back out at the last minute. In another instance, she drove 12 hours to Colorado, where she said she spent hours cleaning up Berreth’s blood. She testified that she helped burn Berreth’s remains and disposed of evidence, including bloodstained stuffed animals and children’s toys.

Steigerwald appeared intent on portraying Lee as a willing accomplice who only cooperated with investigators once they tracked her down across the country and offered her a plea deal to talk.

The attorney pointed out that the plea deal spared Lee from being charged with far more serious charges, including attempted murder and accessory to murder. Lee pleaded guilty in February to evidence tampering, and faces from three years in prison to just probation.

“So you were looking at essentially the rest of your life in prison, did you know that?” Steigerwald asked, his voice rising.

“I did not,” Lee replied quietly.

Steigerwald questioned why Lee made the 12-hour trip from Idaho to Colorado three times to try to kill Berreth, when she could have instead called police.

He pressed her why, on one of those occasions, she made that trip with a baseball bat in her car.

“You drove 750 miles with a baseball bat. The purpose of that baseball bat was to kill Kelsey Berreth?” Steigerwald asked.

“It was at Patrick’s request,” Lee said.

“No baseball bats in Teller County?” Steigerwald shot back.

Steigerwald asked why, if Lee was afraid if she hadn’t carried out Frazee’s orders he might hurt or kill her, she cleaned his house without being asked, took care of his baby and made him meals.

He sought to poke holes in Lee’s testimony that she purposefully left clues for investigators — not cleaning certain parts of Berreth’s house, allowing Berreth’s cellphone to be tracked across the country.

He wondered why she made the trip to Colorado to clean up Berreth’s condo, her car loaded with cleaning supplies, despite testifying that she didn’t believe Frazee had gone through with it and killed Berreth.

The cross-examination came after two days of damaging testimony that included more details Thursday about the grisly killing.

For two days, Lee wept, dabbed her tears with tissues and occasionally sobbed as she recounted the killing and its cover-up.

Through it all, she looked straight ahead — avoiding eye contact with Frazee, who sat at a table about 15 or 20 feet to her right, often furiously scribbling notes.

Until Thursday afternoon, when prosecutor Jennifer Viehman asked Lee to point out the man who beat Berreth to death with a baseball bat.

Rising slightly, Lee turned right and pointed straight at Frazee. He stared back at her, sitting expressionless with his defense team in a blue striped button-up shirt and khakis.

Moments earlier, prosecutors played a video from December of Lee leading investigators to the spot where she said Frazee burned his fiancee’s body on his ranch a few days after he allegedly killed her on Thanksgiving Day.

Standing in a clear patch of land on Frazee’s Florissant ranch, surrounded by pine trees and Frazee’s dog kennels, Lee recalled Frazee putting Berreth’s body in a dry metal horse water trough filled with pallets of wood soaked in gasoline. Then, she said, he lit it with a match.

At one point, Lee recalled, the flames were as high as the nearby trees, so Frazee covered the blaze with metal sheets.

Two teenagers later testified that they unwittingly helped cover up the burn area with dirt from near Frazee’s driveway, at Frazee’s request. They also said they helped dispose of the trough, and one of them helped load a trash can that apparently contained ashes from the fire.

Frazee never told them anything other than wood and deer or elk antlers were burned in the fire, the teens testified.

Lee said she left to drive back to Idaho while it was still burning.

Asked by prosecutors why she came forward to talk, Lee choked up.

“I couldn’t have lived with what I’d done,” Lee said. “And Kelsey’s family deserves to know what happened.”

Even as the onslaught of questions from Frazee’s attorney continued, Lee’s responses grew more confident — and at times, defiant.

Steigerwald asked: Is her story — her testimony over the last two days — going to keep her out of prison?

'Please stop': Kelsey Berreth's plea as she was beaten to death, says witness

CRIPPLE CREEK — "Please stop." That plea, according to an Idaho nurse who was having an affair with Patrick Frazee, marked Kelsey Berreth's final words as she was allegedly beaten to death by Frazee with a baseball bat.