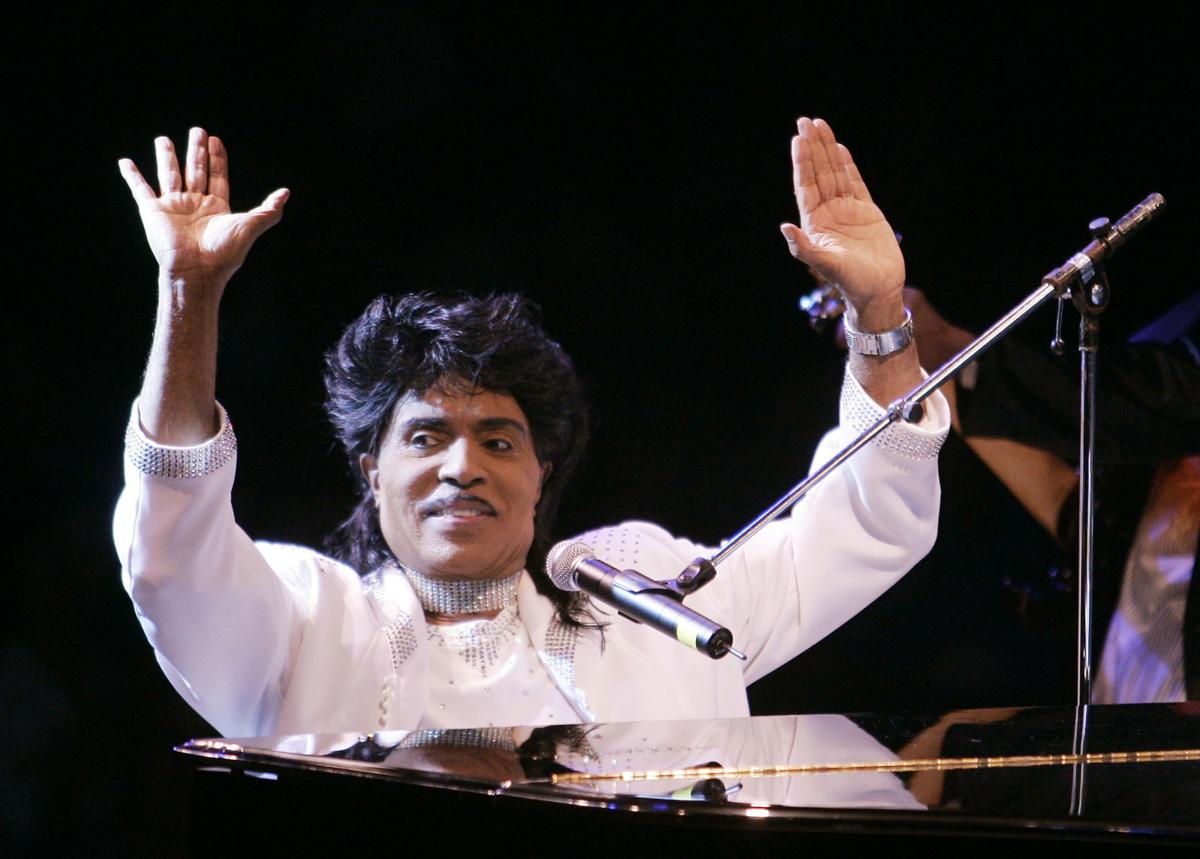 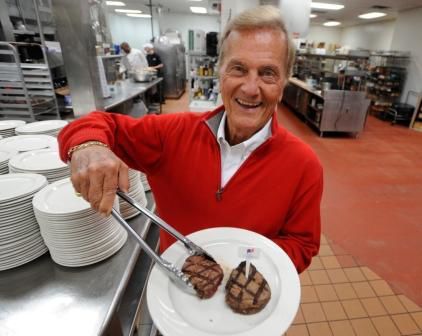 Pat Boone showed off steaks from his Pat Boone All-American Meats while in the Antlers Hilton’s kitchen during an appearance in Colorado Springs in March. Photo by GAZETTE FILE

Pat Boone showed off steaks from his Pat Boone All-American Meats while in the Antlers Hilton’s kitchen during an appearance in Colorado Springs in March. Photo by GAZETTE FILE

The rebels linger with us. They defy rules, stomp and shout, liberate their hair to soar to bizarre destinations and don’t much care if we like them.

But those who follow the rules tend to collect the cash. They understand the profit in appealing to the masses. They want you and your grandmother to like them.

Pat Boone, rule follower, is talking by phone while sitting beside his pool in Beverly Hills. His baritone voice that sold 45 million records and built a $50 million fortune remains strong and smooth.

Little Richard died May 9. He was 87. Somewhere, I suspect, he still howls with joy while celebrating the wonders of transgression. “Gonna have some fun tonight!” served as his anthem, and ours.

Wear a mask — yes, you! — when shopping in Colorado Springs | David Ramsey

In one of the strange and wonderful twists of American pop music, Boone recorded two Little Richard songs/anthems, “Tutti Fruiti” and “Long Tall Sally.” Both songs were filled with thinly veiled celebration of carnal freedom.

Before Boone recorded the songs in 1956, he listened to Little Richard “until I was blue in the ears.”

Both men were gifted. Boone excelled as a throwback, crooning in the soothing tradition of Bing Crosby and Perry Como. Little Richard delivered a jolting glimpse of the future and the defiant, rip-it-up, outlaw antics of Mick Jagger, Jimi Hendrix and Prince.

Boone, 86, has long been on the defensive over his recordings of Little Richard creations. He’s been accused of artistic robbery, and he’s well-prepared for his defense.

In Boone’s view, he honored Little Richard and Fats Domino when he recorded songs composed by those rhythm and blues legends. And, Boone says, because of record royalties, he placed big amounts of cash in their bank accounts.

“It was just a greeting and a happy talk,” Boone says of his talk with Little Richard. “It wasn’t a long chat or anything. He was very happy to meet me, very grateful. I was delighted to meet him and see the synergistic relationship that we had. It was great for me but also great for him.”

Boone and Little Richard were raised in vastly different realms. Boone grew up in the tight embrace of the Church of Christ among intense, devout believers. He graduated from Columbia University. He was married 66 years. His life has been as smooth as his voice.

Little Richard, banished from his home at 13, was forced to find his own way. He sang in traveling medicine shows and alongside strippers and drag queens in downtown Atlanta. He arrived in the national spotlight in a fragile state. At the height of his fame, which was considerable, he began to see visions. Strange colors emerging from airplane engines. An eerie red blaze streaking across the Australian night sky at one of his concerts. A terrifying dream that ended with a loud voice announcing, “Prepare for eternal life.”

In 1957, he escaped stardom to pursue preaching. Little Richard never became anonymous. He was too wild and talented to fade away, but was never again central to American culture.

A wealthy California businessman hired Boone and Little Richard to sing at his home in 2005. Finally, America’s Mr. Clean and Mr. Wild sat down for a long talk.

They didn’t talk of music. They talked of family and mutual musical friends, including Elvis Presley and Fats Domino. Mostly, they talked of faith. Both men believed the Holy Spirit powerfully touched them.

“He had very much calmed down personally,” Boone says. “It’s not that he hadn’t been there and done that, but he wanted to talk about the Lord and that’s all we talked about. We talked of a sense that God had given us our careers and that he wanted us to use us.”

Boone sits beside his pool, traveling back to the 1950s, when he was a huge star and so was Little Richard. They were vastly different, but they sang the same songs.

On a warm California night, Boone mourns the loss of an unlikely friend named Little Richard, who was nothing like him.

Steve Holt serves as founding minister for The Road @ Chapel Hills in Colorado Springs. He believes it is time to open his church for worship service, and that’s what he will do at 10:16 a.m. Sunday. He expects as many as 250 worshippers in the main sanctuary.