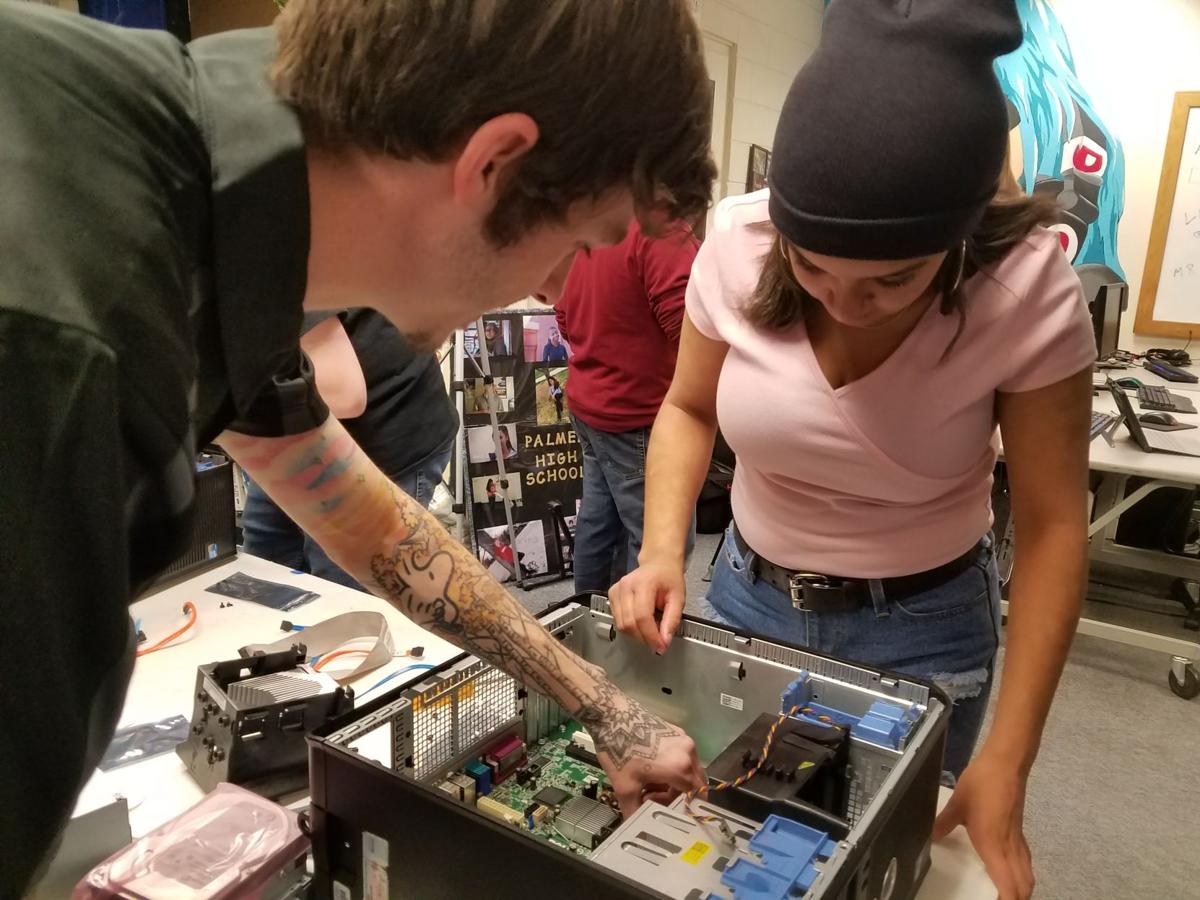 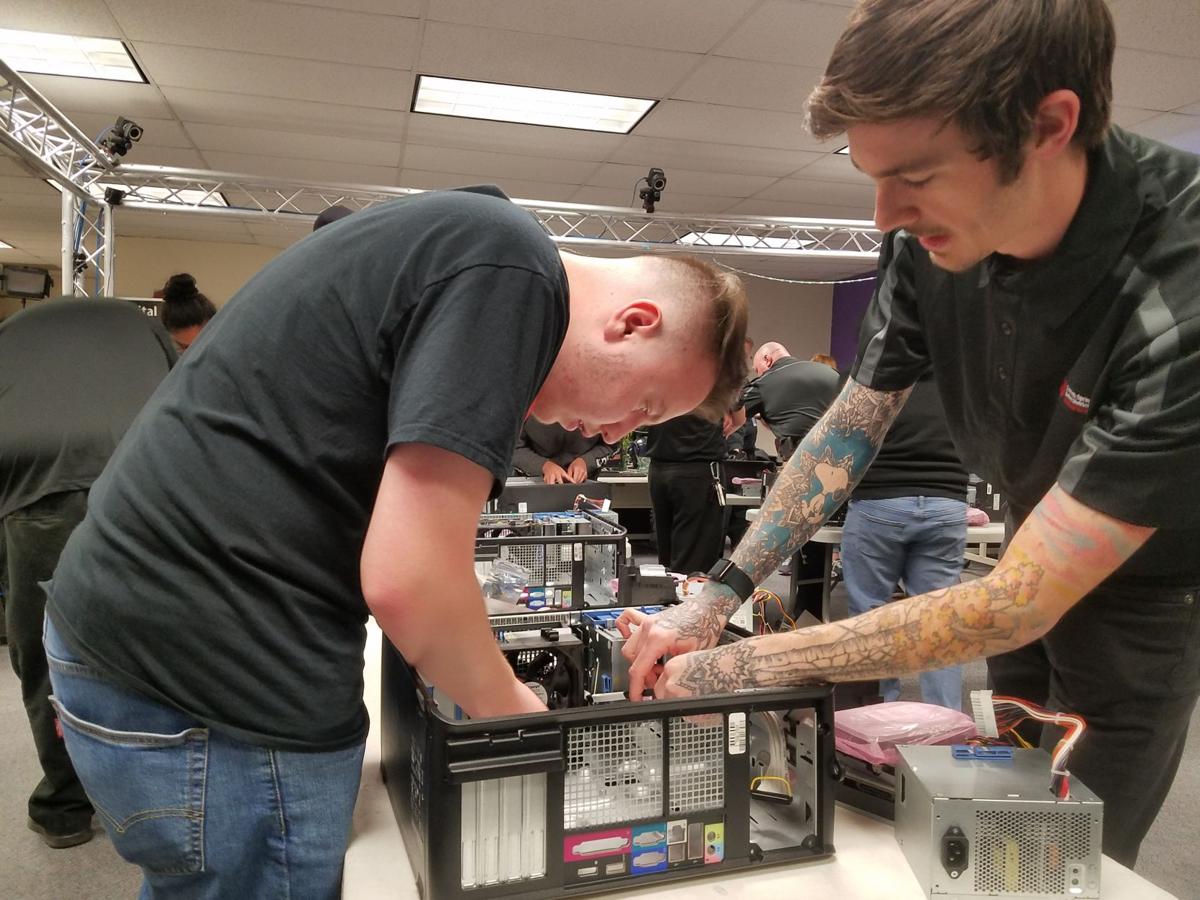 Fifteen-year-old Charlize Trujillo spent three hours of her first day back at school after winter break lining up a motherboard, affixing a central processing unit, installing a fan — assembling dismantled computer parts into a working unit.

“Computers are taking over everything and will be everywhere — more than humans,” said Charlize, a freshman at Palmer High School. “But there will still need to be people to work on them, so doing something like this is opening eyes to what the future is.”

Ten students learned Tuesday to identify computer components, how to properly handle the delicate guts and put the little bits and pieces together for full operation.

The assignment was similar to what Palmer junior Jaden Jackson has been doing at home — taking apart and fiddling with his computer.

“I like to see how it’s made,” he said, adding that he signed up for the special project because wanted to learn how to do it right.

The computers had been retired from active production, said Jeremiah Johnson, a field tech support analyst for D-11, who gave students instructions and demonstrated the steps, which appeared on a large whiteboard.

“This project is important because we’re giving students real-world application,” he said. “This is a foundation in a skill set.”

Tuesday’s project sought to teach the students how computers work from the ground up, Johnson said.

The hands-on undertaking helped students understand the basics of how technology functions, from dangers of electrostatic discharge to the operations of programming, coding, three-dimensional applications and video editing, he said.

“It’s fun to build your own computer instead of going to the store and buying one,” Johnson said.

It can be cheaper as well, said J.R. Deason, one of the helpers from the district’s technical services department.

“You can build a computer that’s three times more expensive or cheaper than store-bought,” he said. “It’s usually cheaper, and you can make it to suit your needs.”

After students finished rebuilding the old computers, they put their newfound knowledge to work building a brand-new high-end computer that technology teacher Sean Wybrant will use to demonstrate the work done by his students studying three-dimensional modeling and design.

“Last year students made a four-story museum for World War II, and we are making holographic experiences,” he said. To show what that looks like, “We need a good demonstration computer and work station.”

For most students, the computer is “a mysterious black box that does a lot of things,” said Wybrant, who won the state education department’s 2017 Teacher of the Year award.

Charlize, who describes herself as a “big dreamer” as she hopes to meld technology and science into a career, said she enjoyed the project because she learned where every part goes and how they all work together.

“It’s just like a household, how every family member does their job,” she said, “which I think is cool.”

St. Mary’s High School has been without a newspaper since 2013, a gap students Wyatt Barton and Paige Indovina thought was far too long.