Imagine, for a moment, you are the parent of a child who has suddenly been injured in a skiing accident. Imagine, then, it gets worse. The resulting infection is so severe, doctors say the leg must be amputated.

After the surgeries, hospitals and tears, and the shock of a new prosthetic leg, what do you do to persuade your child that somehow life will go on? That they are more than just their missing leg? That maybe even life will be normal again? Even great?

Beginning next spring, Chris Liedel and Peter Maiurro hope you’ll bring them to the Olympic and Paralympic Museum in Colorado Springs. “If we do this right,” said CEO Liedel, “it could be a very powerful experience for a select group of people.” It might even be life-changing.

Thanks to some very special virtual technology the museum will employ, paralympians like Matt Scott, wheelchair basketball superstar, will be there every day answering kids’ questions.

“It won’t be a hologram at first,” explains Liedel, whose experience includes gigs at National Geographic and the Smithsonian. It’ll be more like a high-def video “with depth of field so it’ll look like the athlete is sitting there and you’re talking to them,” he added. 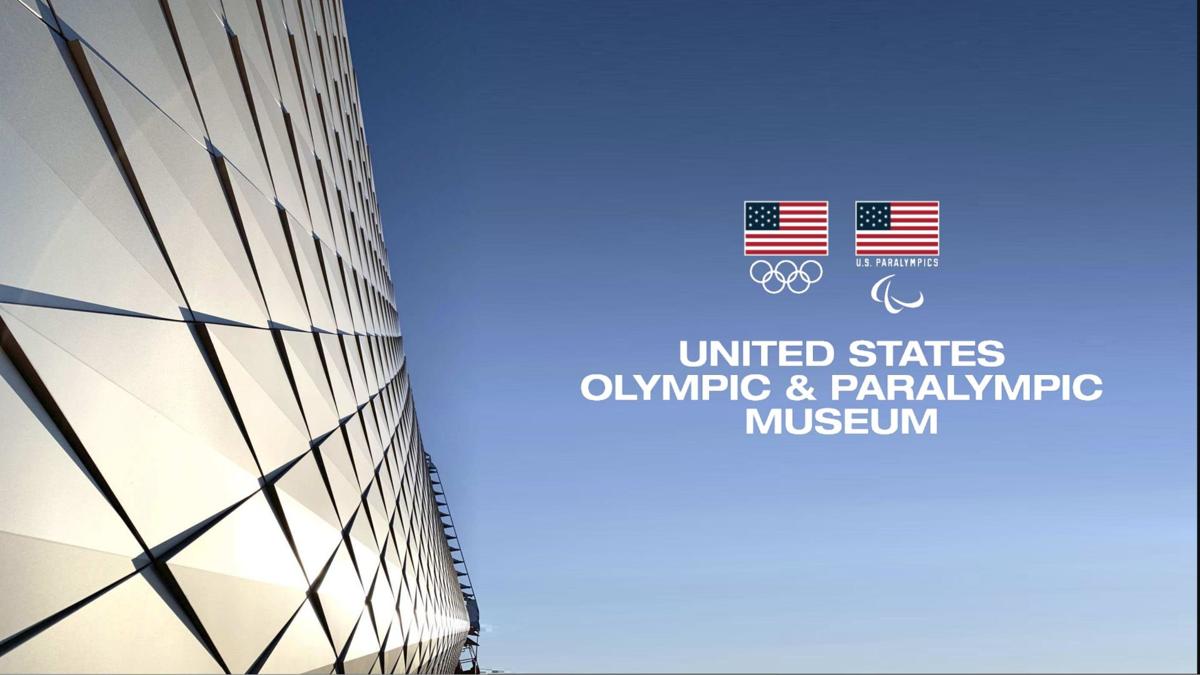 The museum staff is meeting with athletes like Scott and asking them 2,000 questions over two days of video interviews. The idea is that pretty much any question a visiting kid asks, the virtual Matt Scott will be able to answer.

“What inspires you Matt?”

“My coaches inspire me,” he might answer (based on earlier interviews). “They didn’t just teach me basketball. They taught me how to grow up. How to contribute to society, taught me how to give back to our sport.”

“I saw your Nike ad. Did you really make all those excuses?”

“You mean like: I’m too weak. I’m too slow. My dog is sick. I got the case of the Mondays. The Tuesdays. The Wednesdays. My mom won’t let me. My blister hurts. It’s not my thing. I don’t want to get sweaty. My feet hurt?”

“Sure I did, but you know what? Persistence rules everything. The more you’re not willing to give up, the better you’ll be.”

Liedel envisions a museum full of role models that speak directly to kids’ most intimate hopes and fears. “Even as a virtual human, a kid being able to ask paralympian Matt Scott questions about his disability, and what he’s dealing with ...,” Liedel tries to explain. “You can sit there and sort of empathize, but unless he can talk to somebody that’s been there, in a way that he won’t be embarrassed or get in trouble for asking the wrong questions,” it’s just not the same.

The creators of this museum want it to be many things. “We want it to be an art museum, history museum and a science museum,” said Maiurro, the museum’s chief communications and business affairs officer. They also want it to be a “narrative arc museum,” with a beginning, middle and end to the story it tells as you circle down through a Guggenheim-spiral of exhibits.

They also hope it will be the anchor of the New South End neighborhood and entertainment district. “This is the Coors Field of our Lodo,” adds Maiurro. And Vermijio Street, where the city is planning a six-block pedestrian zone that rolls up to the museum’s front door like a red carpet, will be “our Larimer Square.”

But the thing that gets me, the thing I think makes the museum uniquely Springsian, is its spiritual ambition to be a beacon to the disabled.

“We want this museum to be seen as a shining beacon of Olympic and Paralympic hopes, dreams, and values in Colorado Springs,” said Maiurro. The museum will go beyond being a museum of U.S. sports history and will focus on social progress and cultural evolution, he vows. It will be one of the most accessible museums in the world, with interactive exhibits designed to accommodate all levels of ability and disability, including visual impairments, hearing impairments, physical impairments, sensory impairments, and cognitive impairments.

USOC changes name in its search for a new identity; Colorado Springs will soon see the difference

I got a taste of that expanded mission statement on a tour of the unfinished hall. When Liedel took us into the future medals room, he asked a trick question: Who is the athlete with the most gold medals?

One of us answered Mark Spitz, another Michael Phelps. Yes, Phelps had 23 golds, and Spitz, 9, Liedel told us.

But swimmer Trischa Zorn won 41 gold medals during her career, he said. Blind from birth, she won 55 medals overall in the Paralympic Games, which are always held right after the Olympic ones. Nobody else comes close.

And that wasn’t really enough for her. Then she decided to be a teacher in Indianapolis inner city schools, because she wanted to be a beacon to disabled kids.

“I thought with what I have overcome with my disability that if I could just reach these children in the inner city … that I could be a good role model for them and that would satisfy me,” she told the Los Angeles Times in 1995.

That wasn’t enough, either. She went on to mentor and help military service members get involved in Paralympic sports through the Department of Veterans Affairs.

In 1994, she was named one of the nation’s top 10 female athletes of the year by the USOC. Eighteen years later, in 2012, she was inducted as the first American woman into the Paralympic Hall of Fame.

“I see people who come back (from military tours) with injuries and it really inspires me to make them appreciate what they have and to make them understand that whatever you set your mind to, you can do,” she said during her induction in London. “U.S. Paralympics and the IPC have really made that possible for everyone.”

Stories like Zorn’s are the real currency of the new museum. This will not be a museum of artifacts, or exhibits, or even athletes. It will be a museum of inspiring stories, stories of gods and angels among us.

What could be more Olympian than that?

More in Downtown development in Colorado Springs (10 of 19)