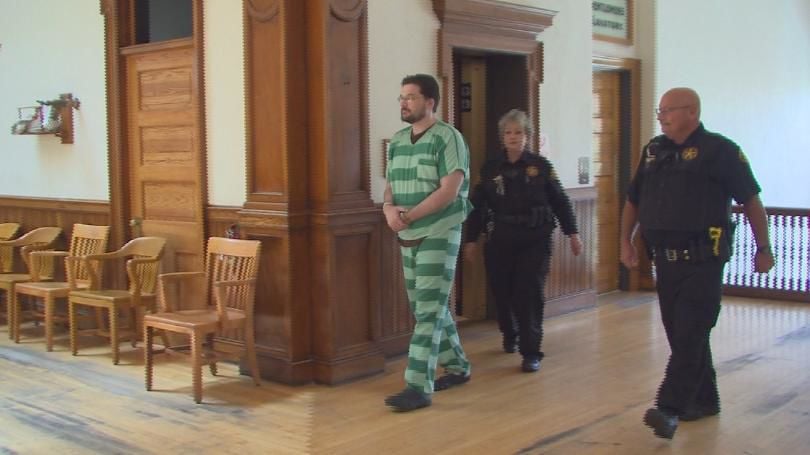 Jacob Ind is escorted through the Teller County Courthouse. Photo from a video by KKTV. 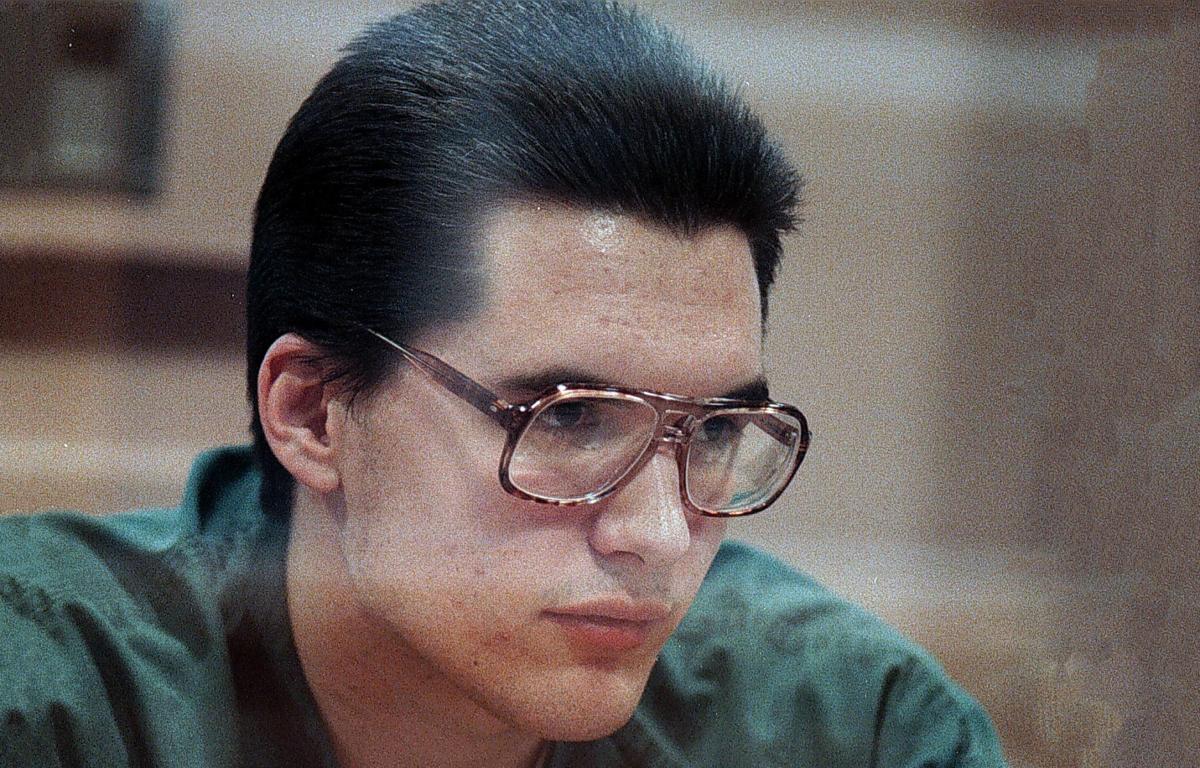 A 16-year-old Jacob Ind is shown during his murder trial in 1994. He is serving two life sentences for the murders, but recently won a retrial. Ind is from Woodland Park. File photoJacob Ind, seen in 1994, has been resentenced to 60 years in prison.

Jacob Ind is escorted through the Teller County Courthouse. Photo from a video by KKTV.

A 16-year-old Jacob Ind is shown during his murder trial in 1994. He is serving two life sentences for the murders, but recently won a retrial. Ind is from Woodland Park. File photoJacob Ind, seen in 1994, has been resentenced to 60 years in prison.

A Woodland Park man who admitted participating in the murders of his mother and stepfather when he was 15 has been resentenced to 60 years in prison, giving him hope for eventual release.

Now 41, Ind had faced 32 to 72 years in prison under a new plea agreement in the 1992 murders of Kermode and Pamela Jordan.

The new sentence means Ind will be eligible for parole in a matter of years, though a precise date is unclear. Under terms of his plea bargain, Ind will receive credit for more than 26 years he’s been in prison or jail, including time earned for good conduct as an inmate.

The remainder of Ind’s sentence and any parole eligibility date will be calculated by the Department of Corrections, District Attorney’s Office spokeswoman Lee Richards said in a statement.

A state Department of Corrections spokesman did not respond to an email requesting more information, and sentencing filings by attorneys in the case were “suppressed,” meaning they can be viewed only by parties to the case.

Tracey Eubanks, a veteran Colorado Springs attorney who isn’t involved in the case, said Ind is likely to serve at least 55 percent of his sentence after receiving credit for time served, good behavior and any other credit that may be available for not causing trouble in prison. That means he could be released within 10 years.

The judge’s ruling comes nearly two weeks after a Dec. 20 resentencing hearing that pitted Ind’s supporters, who say he acted after lifelong physical and sexual abuse, against those who call him a fabricator who killed in cold blood and spent years crafting excuses.

In her seven-page sentencing order, Billings Vela said she took Ind’s reports of abuse into account — but also the brutality of his crimes, which came after weeks of planning. The judge said she also weighed reports that Ind isn’t considered a continuing threat by prison officials.

The Jordans were beaten, stabbed, shot and sprayed in the face with bear mace in an attack lasting more than five minutes.

Initially convicted of two counts of first-degree murder and sentenced to life without parole, Ind’s new shot at freedom came in late 2017, when a judge ruled that Ind’s attorney improperly barred him from testifying at his 1992 trial.

Instead of taking his case before a new jury, Ind pleaded guilty in November to two counts of second-degree murder, conspiracy and sentence enhancers, under a deal that placed his fate in the judge’s hands.

Through the years, Ind became a symbol of Colorado’s severe treatment of youthful killers. His story was featured in a PBS “Frontline” documentary that explored the debate over whether he deserves leniency for the shocking murders because of his immaturity and reports of frequent abuse.

In pressing for mercy, Ind had the support of the daughter of Kermode Jordan and at least one of his mother’s sisters, among other relatives affected by his crimes.

A co-defendant, Gabriel Adams, then 18, was likewise convicted at trial after the killings and sentenced to life without parole. He committed suicide behind bars in 2014.

Jacob Patrick Ind, 41, who was sentenced to life in prison after the 1992 murders of his mother and stepfather in Woodland Park, could again walk free under a deal with prosecutors. Ind pleaded guilty Thursday to second-degree murder in the deaths of Frank and Pamela Kermode — averting a retrial in which he was expected to argue that he attacked the pair in self-defense after extensive abuse.