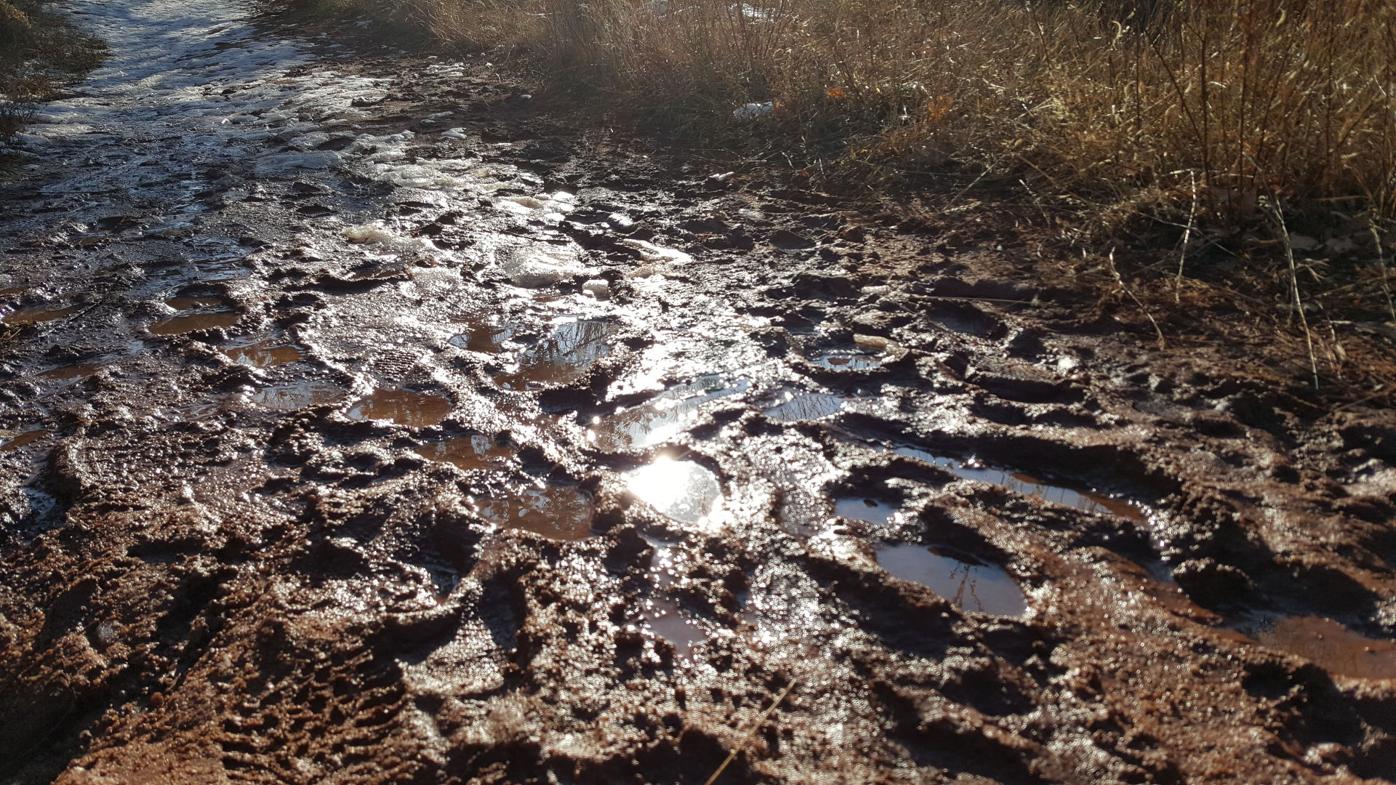 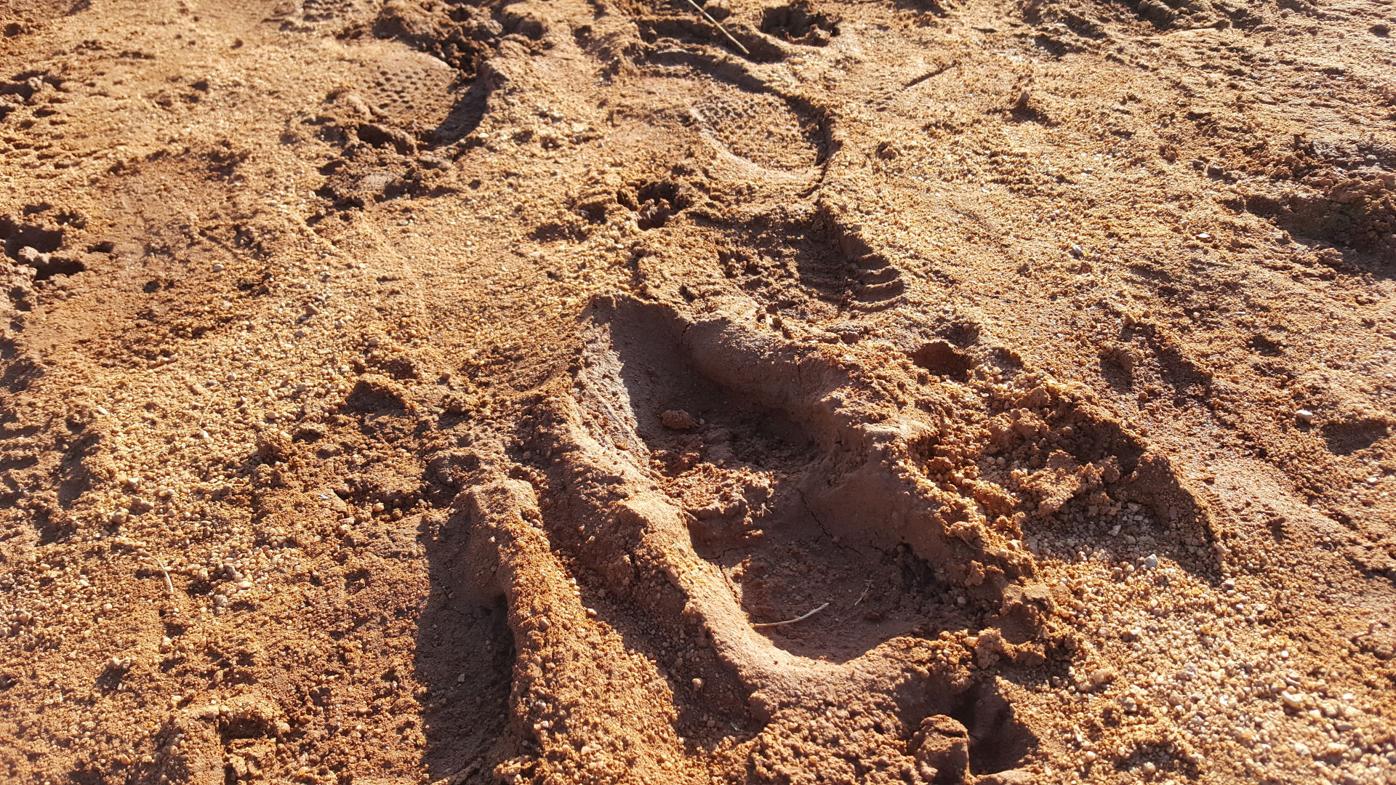 Through many winters, a Colorado Springs hiker or biker can roam dirt trails while basking in sunshine. Even in January, 65-degree days and dry, clean walks await us. Spring invades winter, and it’s wonderful.

Um, not this winter.

On a sunny Friday afternoon, I encountered the mud mecca that is Mesa Trail at Red Rock Canyon on the west side of Colorado Springs. This path normally offers a quick, clean route to Quarry Pass, an arrestingly beautiful abandoned mining site.

This season, we’ve received nearly well over 200% more snow than usual. The official count for the Springs is 20.9 inches, but that number sneaks closer to 30 at my northside home.

We need the moisture. I get that. Our winters of 2012 and 2013 were gloriously clear, filled with sunny days and the chance to get out and explore virtually every afternoon.

We remember what happened in the summers of 2012 and 2013. The Waldo Canyon and Black Forest fires consumed 32,500 acres, destroyed 855 homes while terrifying us and awakening us forever to the requirement for winter snow. Each time I’m shoveling, and it’s been often this winter, a feeling of thanks mixes with fatigue.

Urban recreation ranks among the Springs’ best traits, and it might be its best trait. Within a 30-minute (or so) drive, a hiker and biker can move along dirt paths to good times at Santa Fe Trail, Pulpit Rock, Red Rock Canyon, Mount Herman and Spruce Mountain, and that’s a partial list.

In dry winters, the good times never end. In the middle of January, a hiker can arrive at the vague trailhead for 9,063-foot Mount Herman at, say, noon, take a steep and quick journey to the top, sit and relax for an hour at the summit and return to civilization to eat lunch at 3, or so, in Monument.

Or, even more convenient, a hiker can roam to any corner of Red Rock Canyon and wonder, as I often do, how it’s possible to encounter such beauty within the confines of a city of 473,000. Few American cities offer such untamed wonders within city limits.

What does this mean?

If you’re a cyclist, it could mean a drive to Pueblo, which offers warmth and a wealth of paved trails along Fountain Creek and the Arkansas River. I’d recommend a ride from downtown Pueblo to the reservoir. The path hugs the Arkansas the entire route, and it’s uncrowded and peaceful in winter.

If you’re a casual hiker, it could mean sticking to less wild routes. This might be the winter to join the throngs at Garden of the Gods instead of wandering alone in the muddy glory of Red Rock Canyon or Spruce Mountain.

Or, of course, you could choose to embrace the mud experience. That’s what I did. Well, not sure embrace is the right word. Endure might work better.

Just so you know: My shoes remain a disaster this morning.

Troy Calhoun is enjoying one of his finest seasons as Air Force football coach. He's what he has left to do.