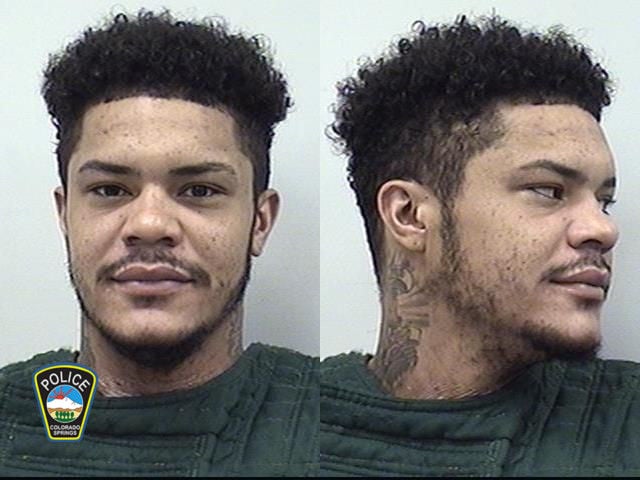 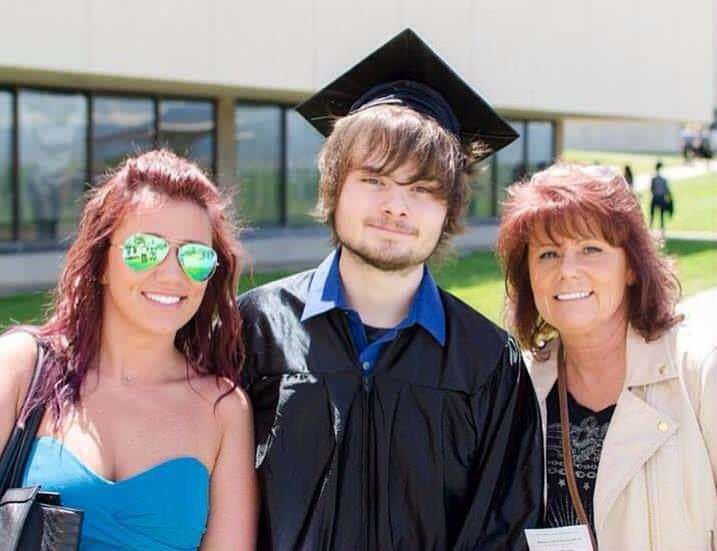 Ann Scott, also known as Annie Clark, with her brother Dale Hale and mother, Tamara Dunn. Scott and Dunn were killed by Scott’s estranged husband in March 2020, according to police.

Ann Scott, also known as Annie Clark, with her brother Dale Hale and mother, Tamara Dunn. Scott and Dunn were killed by Scott’s estranged husband in March 2020, according to police.

A mother of a Colorado Springs woman was stabbed 16 times, her arm becoming nearly severed, before she died while trying to protect her daughter from her estranged husband in her townhome in the northeast side of the city, police testified Friday in 4th Judicial District Court.

Timothy Ray Scott, Jr., 28, faces two counts of first-degree murder after deliberation in the death of his mother-in-law Tamara Dunn and her daughter, Ann Jolynne Page Scott, 29, who was fatally shot in her home in March 2020.

Police found Dunn lying at the bottom of the stairs in her daughter’s home, at 6625 Palace Drive, with 16 stab wounds, skull fractures and possible brain hemorrhaging, according to Brent Jacobson, a Colorado Springs police detective, describing the autopsy completed by the El Paso County Coroner’s Office. She had abrasions on her tailbone, consistent with a neighbor’s Ring doorbell camera footage showing a man dragging a woman along the sidewalk and back into the townhouse, according to police testimony.

The knife hit no arteries, explaining “why she was able to survive as long as she did,” Dr. Emily Russell said in the report, read by prosecutors.

Ann Scott, who was also known as Annie Clark, died of three gunshot wounds, one of which was from a bullet fired between 3 to 6 feet of her face, striking the right side of her nose, according to an autopsy report. Another bullet went through both of her hands before hitting the left side of her mouth, Jacobsen said, explaining it was likely “a defensive reflex to cover the face with the hands.”

Colorado Springs man gets life in prison for double-killing, follows with profanity-laced tirade

Colorado Springs police detective Steve Aulino, who investigated the scene, said the front window of Scott’s home, near North Academy Boulevard and East Woodmen Road, appeared to have been pushed through and the window’s glass was scattered inside.

When police arrived, Dunn was near the bottom of the stairs leading to the second floor. Body-worn camera footage shown in court showed a police officer talking to Dunn, who reportedly told the officer Timothy Scott killed her daughter and directed him upstairs. Nearby, there was a large chunk of hair and a pair of shears that matched a butcher block of knives found in the upstairs bedroom, Aulino told the court. Blood stained the stairs, bannister and wall up to the second floor.

In an upstairs bedroom, detectives found a handgun, a bloodied knife and an unspent shell casing, he said. Beneath Scott’s body were two spent shell casings and a cleaning crew later found a bullet in the flooring.

Both Timothy Scott, who was stabbed in the neck, and Dunn were brought to a hospital, where Dunn later died.

A “brown jersey glove” which was collected inside Scott’s home matched a glove inside Timothy Scott’s residence, Aulino said.

Defense attorney Phil Dubois argued that the crime scene exemplified a crime of rage, rather than deliberate killings.

"Let's assume that all of the injuries, except (Timothy Scott's) were inflicted by him. Even if we assume that, we don't have deliberation. What we have is sudden explosive rage," Dubois said." ... We've got blood everywhere upstairs and down, we've got cutting wounds to Tammy Dunn, terrible wounds, but if you're going there to kill everybody, you shoot them. All of this, godawful stuff that happened in that apartment does not not suggest deliberation."

Dunn, 59, who worked at Progressive insurance, requested a monthlong leave of absence, explaining to her employers she needed to help her daughter with a domestic violence dispute with her estranged husband, Jacobsen said.

Court documents show that Ann Scott filed for a divorce from Timothy a little more than a week before she was killed. Police had been called to the townhome about a month before her death in response to a domestic violence report, which prompted a judge to file a mandatory protection order.

Near the rear sliding door, police found a whiteboard that listed “reasons why a person didn’t want to be with another person,” Aulino said. A baby gate was lodged in the door’s tract, acting as a “security measure” to prevent anyone from coming inside.

On the night of the killings, multiple 911 callers reported that they heard screaming from the townhome, police testified.

One neighbor, who told police she was aware of prior altercations between the couple, called 911 saying she heard someone screaming “help me” and activated her Ring’s doorbell camera. As she watched the live recording, she saw a man dragging a person down the sidewalk and back inside the townhome, another detective told the court.

Neighbors interviewed by police identified the two people in the footage as Dunn and Timothy Scott.

Timothy Scott is being held in the El Paso County jail. A judge set an arraignment date for June 7.

Stepmom in Gannon Stauch case drops bid to represent self