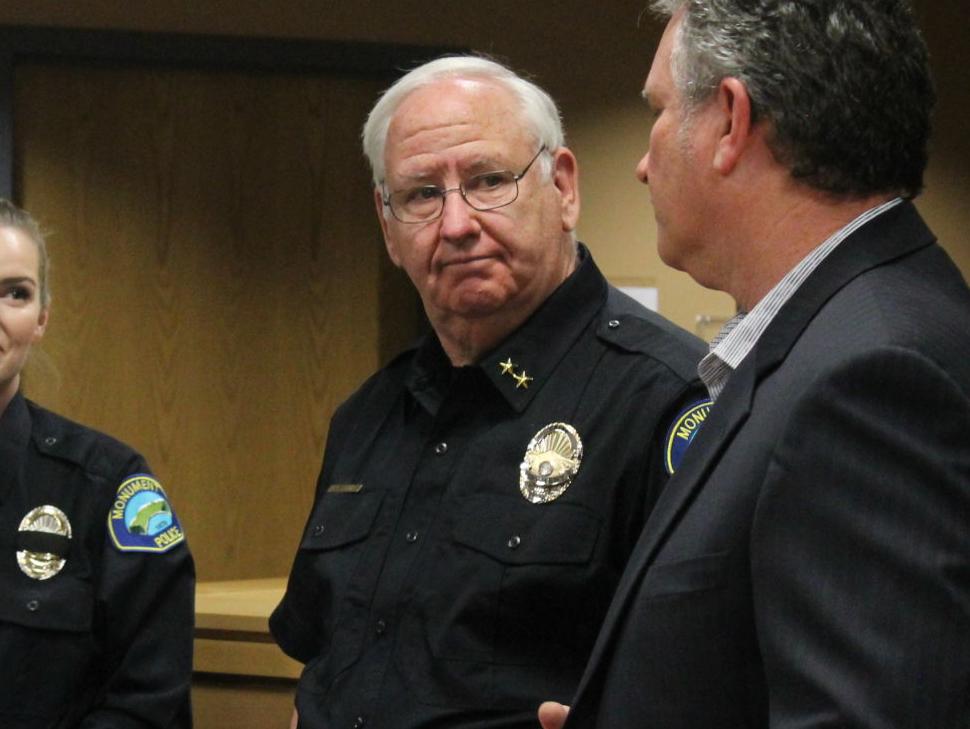 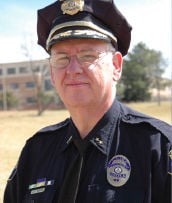 The Monument police chief’s abrupt retirement last week came a day after his employees asked town leaders to oust him, saying his “lack of leadership and incompetence” had left the department “in much worse shape now than it has ever been in the last 17 years,” according to a letter given to town officials.

Jacob Shirk was placed on administrative leave hours after the Police Department staff delivered a vote of no confidence in Shirk in a June 18 letter to the town manager and human resources manager.

Under Shirk, morale at the department fell to “an all time low” and turnover skyrocketed as 17 employees left in three years, according to the letter. The letter, signed by all of the department’s nearly 20 employee, was obtained by The Gazette through an open records request.

Their complaints are among the latest indications of dysfunction in Monument, where near-constant skirmishes among town leaders over the past 18 months have led to allegations of misconduct.

With no chief, who is running Monument's police department?

The Internal Revenue Service and the Federal Bureau of Investigation have taken over an investigation into the town’s finances that was initiated by the El Paso County Sheriff’s Office last year, said Town Manager Mike Foreman. Town officials say they don’t know the scope of the investigation or what prompted it.

After a Thursday news release from Monument announcing Shirk’s retirement, the former chief denied being forced out, telling The Gazette he was retiring after 14 years with the department because he wanted a new career after decades in law enforcement.

“I retired in good standing. As a matter of fact, the town, to include the Police Department, are throwing me a great big retirement party,” Shirk said last week. “Obviously, if there were big problems, there would be big problems. And there’s not.”

In the letter, Police Department employees listed the following as Shirk’s deficiencies:

• Failing to correct violations cited by the Colorado Bureau of Investigation in a February 2018 audit detailing lapses in computer security, record-keeping and employee training.

• Failing to obtain necessary funding increases because of his “inability to adapt and work with others” during the budgeting process.

• Inability to communicate effectively with other law enforcement agencies.

“This causes many problems for the department as regional decisions are made that directly impact us that we have no voice in,” the employees wrote. “Even worse is that we usually don’t find out about changes until the other agencies become frustrated with us and finally advise us we are doing it wrong.”

The department staff said that they feared Shirk would retaliate against them for writing the letter if he was not removed from his position.

The day Foreman and the town’s HR manager received the letter, they informed the Board of Trustees in an email that they had decided to place Shirk on leave to “review the information,” records show.

Foreman said he invited Shirk to Town Hall to discuss the issues the following day.

“We said, ‘How can we help you?,” Foreman said. “So (Shirk) decided he wanted to retire, and we came up with a settlement that we agreed upon.”

Under the terms of the settlement, Shirk will get about $35,000, about four months’ pay, vacation and sick time he is due, and health coverage for six months. He’ll be permitted to keep his town-issued Glock pistol, his badge and ID “with a retired status designation,” according to the agreement, which the town provided in response to The Gazette’s record request.

The agreement states that the settlement “is not an admission of liability” by Shirk or the town, but instead an effort “to avoid further litigation and expense.”

Commander Mark Owens, who has been appointed the department’s acting chief, declined to comment on the employees’s letter or Shirk’s departure.

Owens and Foreman said they are working with other town officials to fill vacancies at the department, including two for administrative staff and five for sworn personnel.

Shirk was involved in a feud at Town Hall last year, when former town manager Chris Lowe delivered a scathing performance review of the chief, citing insubordination, mishandling of evidence, deficiencies in IT security and other issues.

A day after Lowe’s review, dated Jan. 31, Shirk filed a complaint with the Board of Trustees, apparently accusing Lowe of having made sexist comments and disparaging remarks about police officers.

Trustees voted last summer to terminate Lowe, and the ex-manager was awarded a $115,000 payout because the firing was “without cause.”

More controversy arose in December, when Trustee Laurie Clark threatened to sue fellow board members and town staff for “potential malfeasance,” according to a claim letter her attorney sent to the town.

Clark has repeatedly complained that the town’s finances are being mismanaged, blaming Treasurer Pamela Smith for misuse of taxpayer money. But court records show she has not filed a lawsuit.

In a Wednesday email, Clark referred a Gazette reporter to Foreman, saying the town manager had been instructed by the board to be “the sole point of contact for television or newspaper media releases.”

Smith, who was suspended with pay in March pending the outcome of the investigation into the town’s finances, remains on leave. She has denied allegations of misconduct, and said there’s no wrongdoing for investigators to uncover.

“I’m confident that there is nothing to find, after working there 14 years, being audited every one of those years,” Smith said. “I think it’s ludicrous and a waste of time and money on everybody’s part.”

The Sheriff’s Office began the probe after a report was taken Sept. 20, said Jackie Kirby, a spokeswoman for the law enforcement agency. Kirby has declined to provide further information, saying that the investigation was ongoing.

Sheriff’s investigators have sent two letters to the town, asking that staff preserve financial documentation dating back more than a decade.

The IRS recently provided a similar request, and the town has provided the federal agency with access to its digital records system and hardware, such as computers, town manager Mike Foreman said.

An IRS spokesman declined to comment on the investigation, citing federal law prohibiting the agency from discussing private taxpayer matters.

FBI Special Agent Amy Meyer, a spokeswoman for the bureau’s Denver field office, declined to say whether the FBI was involved in the probe, saying the agency’s media policy prohibits confirming or denying the existence of investigations.