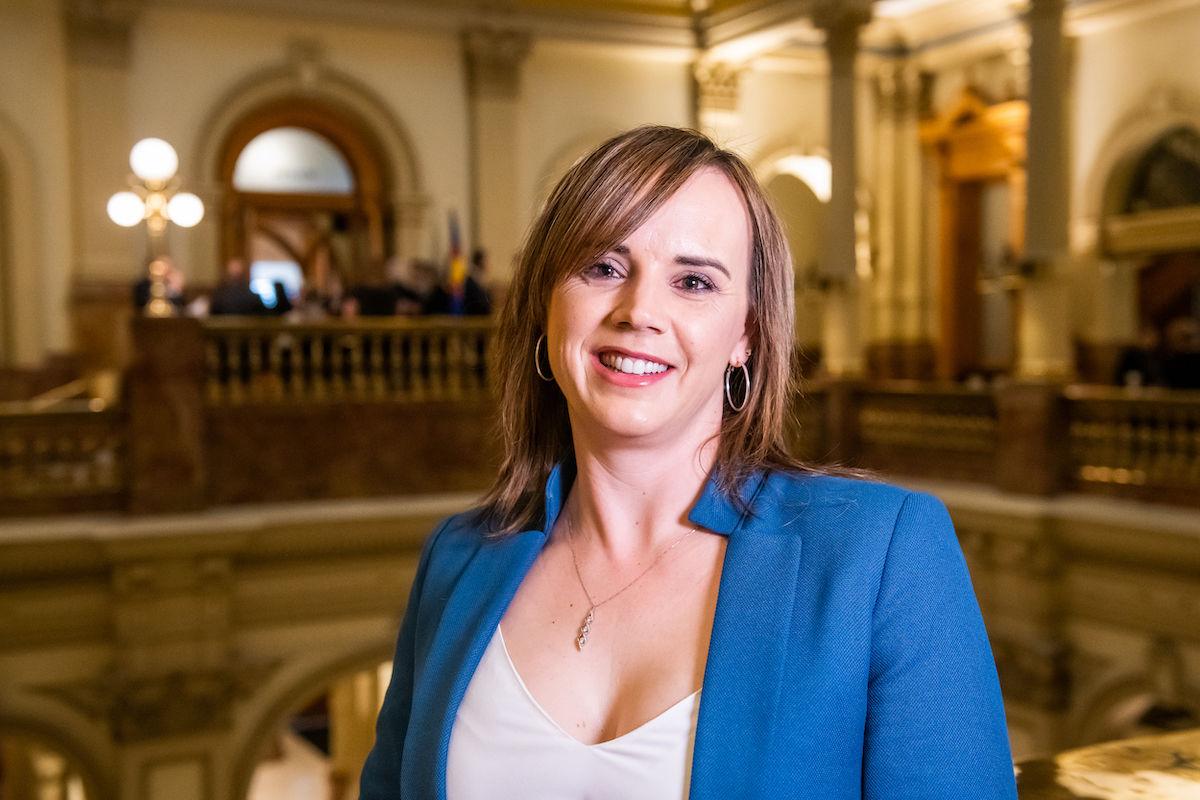 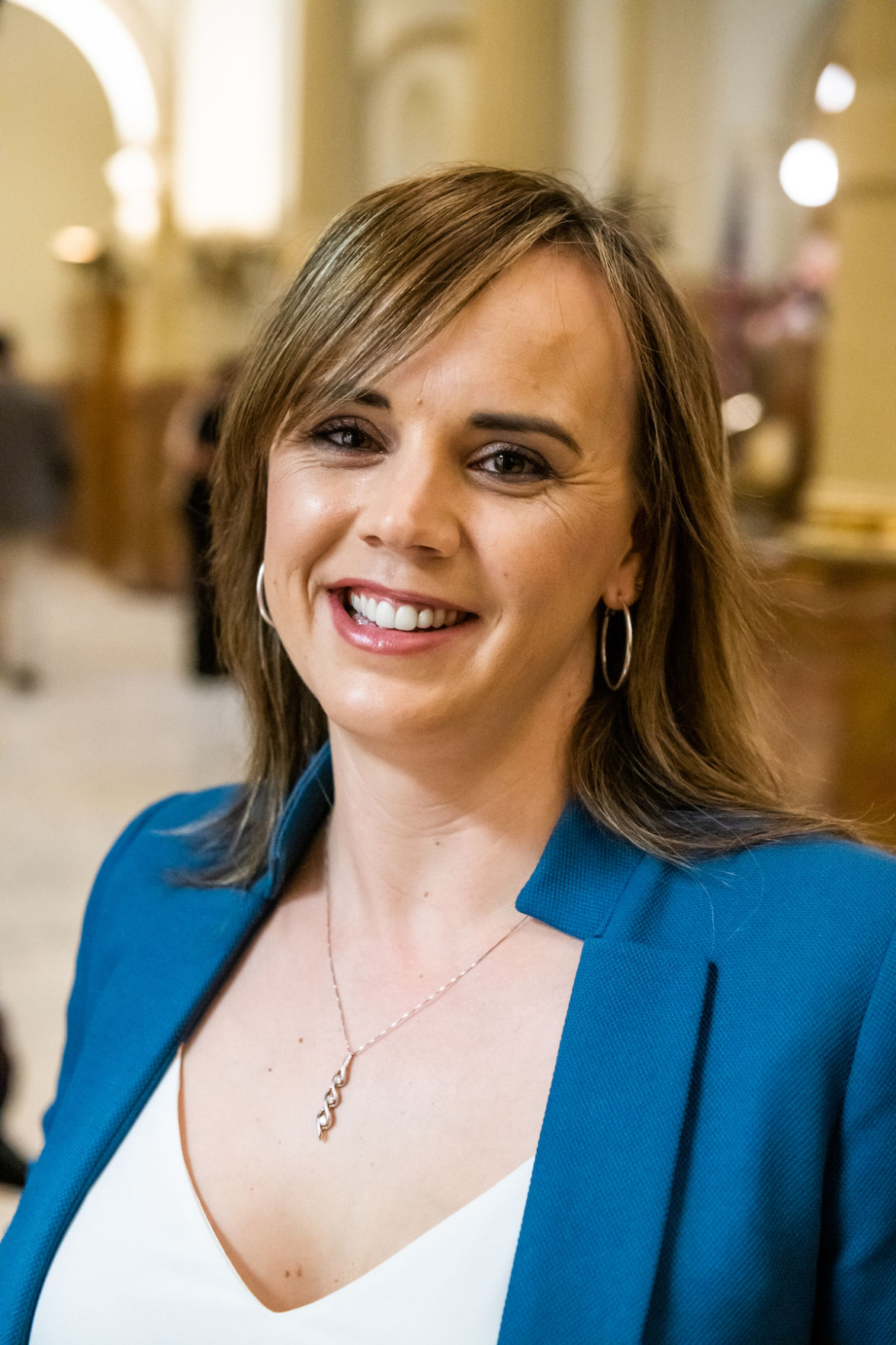 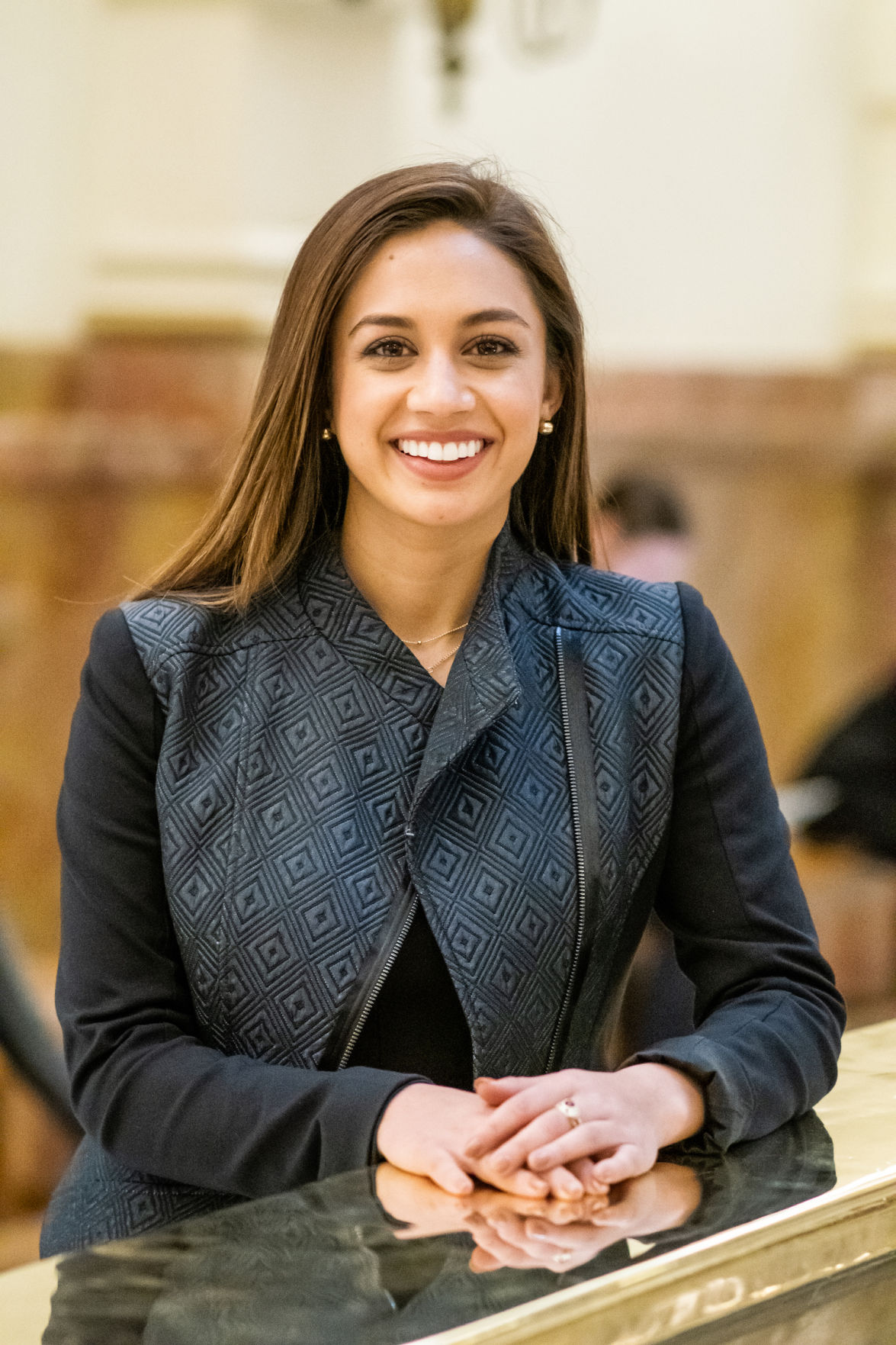 Who stands out among the Capitol’s influencers? • Colorado Politics surveyed more than a dozen current and former legislators and statehouse insiders, and drew on our own institutional knowledge, to create a short list of lobbyists, lawyers, PR pros and a citizen activist from among hundreds of the finest practitioners of influence under the gold dome. • Here they are with their firms and Twitter handles.

Nobody knows the politics of rural Colorado the way Vorthmann does. When it comes to agriculture, water and property rights, she is a marquee-name strategist. And at other times she reps clients’ interest in higher education, business, liquor and state licensure.

A third-generation ranch kid from southwest Colorado, Vorthmann started her political career in the Capitol Hill office of U.S. Sen. Wayne Allard, R-Colorado, then ran the government affairs department for the Colorado Farm Bureau. She joined Colorado Legislative Services in 2007 and made partner in 2012.

Vorthmann is regarded as a Colorado water policy expert and is noted for her work on business climate issues, aligning agriculture and energy. She was lauded by the Denver Business Journal as one of Colorado’s Top Women in Energy in 2017, and she was listed in “Who’s Who in Agriculture” this year.

For the past few years, business interests who want to see more state dollars going into transportation have waged a sustained legislative fight. Solin has been their go-to lobbyist and the leader of the statewide Fix Colorado Roads coalition. She reminds lawmakers their voters hate traffic jams, and commerce ebbs and flows with the highways.

Solin is a frequent pundit in the press, including TV, on matters of governing and politics because of her broad array of connections over her 25-year career. She also serves as senior director of government relations for the powerful national law firm Kutak Rock.

Solin has also been the founder, president and CEO of Capitol Solutions lobbying firm for 22 years. Her recent reputation might be built on roads, but Solin has been the Capitol point person on business, land use, development, infrastructure, public finance, banking, technology, energy, utilities, taxation, tourism and economic development.

Known best as the highest-profile advocate for Colorado’s gambling industry, O’Keefe is armed with a law degree from the University of Denver and 20 years in the trenches of state government affairs and public policy.

She can craft statutory language one hour and guide a race for local government the next with her grasp of the political winds, working on both sides of the aisle. O’Keefe is the lobbyist favored by the big-time interests.

A Denver native, Friednash is the consummate insider of Colorado politics. A former state legislator and attorney general’s office lawyer, he was former Gov. John Hickenlooper’s chief of staff and previously was the Denver city attorney for current Mayor Michael Hancock. When Friednash talks, politicos listen.

For one of the country’s most venerable law firms, he advises clients on lobbying, public policy and government relations. He chairs the firm’s national political strategies practice group.

“Doug has spent his entire career operating at the intersection of law, business and politics and is well known for his ability to solve complex issues with practical solutions,” the firm’s staff bio of Friednash says.

If local leaders in 60 of the state’s 64 counties have questions, Bergman delivers on such issues as elections, open records, county powers, transportation, telecommunications, marijuana regulation and much more.

He has been working with local governments for more than 20 years, and once served as director of the Office of Smart Growth in the Colorado Department of Local Affairs.

Bergman was appointed by Hickenlooper in 2012 to a task force to create the first regulatory framework for recreational marijuana in the country.

His grandfather Bob Bergman was a two-term county commissioner in Teller County. “So it’s kinda in my blood,” the grandson says.

DeWolf made her first splash in Colorado politics in 2012, when she ran a successful state legislative campaign. That landed her at venerated firm Colorado Legislative Services in 2012.

They don’t send in scrubs to lobby the Joint Budget Committee, but that’s what DeWolf does best. When the money is divvied up, she has a hand in it.

Just this year she was promoted to partner.

Before that, DeWolf was a fellow with the nonprofit Running Start, as well as a stint working in Washington, D.C., office of Rep. Gabrielle Giffords, D-Arizona. She later did press for Sen. Tim Johnson, a Democrat from her home state of South Dakota.

DeWolf also is the assistant debate coach at West High School and chairs the governing board for the college-access mentoring nonprofit Minds Matter of Denver.

Citizen activist and executive director of Meet the Middle East

Jodeh stands up for marginalized people. She is the founder and executive director of Meet the Middle East, an educational nonprofit that seeks to build understanding and relationships between people from the U.S. and those from the Middle East.

A Colorado native from a Palestinian-American family, Jodeh is the first female spokesperson for the Colorado Muslim Society and the deputy policy director for the Colorado Interfaith Alliance, as well as a board member at the Village Exchange Center, a nonprofit that helps immigrants and refugees in the Denver metro area.

Besides lecturing in Denver, Aurora, Cherry Creek and Littleton public schools, Jodeh has advocated for a “more inclusive historical narrative” for schools. She also lectures at the University of Denver.

When the health of Colorado’s flora, fauna, air and water are being discussed, you’ll find Long at the table. The former advocacy director for Conservation Colorado is still the Capitol voice for the state’s largest environmental organization, plus a lot of other green causes.

Long helped pass Colorado legislation to legalize household rain barrels in 2016. She helped get Interstate 76 declared the Colorado Pollinator Highway for honey bees and butterflies in 2017. She also worked on funding measures for transportation funding legislation, along with a list of clean energy gains.

This session she worked to pass Senate Bill 181, the legislation that grants more local control over oil-and-gas operations.

The Summit County native gets back to her roots by occasionally working on her family’s ranch.

Many of the highest-stakes political races and policy advocacy campaigns in Colorado for nearly two decades have one thing in common: Watson.

She specializes in strategic communications, media relations, political and policy insight, as well as running winning campaigns, most often for conservative candidates and corporations.

Watson worked for the Bush/Cheney presidential campaign in 2000, as well as Bill Owens, Colorado’s last Republican governor, when he was re-elected in 2002. The next year she helped Ed Tauer become mayor of Aurora. In 2016, when U.S. Rep. Mike Coffman won his last term in Congress, Watson was speaking on his behalf.

Watson also speaks up for some of the state’s most influential corporations and business groups such as the Common Sense Policy Roundtable and General Motors, building support for successful legislation last year that cleared the way for autonomous vehicles in years to come.

Research director of the Independence Institute, adjunct scholar with the Cato Institute and adjunct professor of constitutional law at the University of Denver’s Sturm College of Law

Kopel is almost always the smartest guy in the room, with the credentials to back in up.

He testifies on bills at the Capitol, he pontificates on television, and he writes in volume. Kopel has written 17 books and more than 100 scholarly articles on antitrust issues, constitutional law, counter-terrorism, environmental law, intellectual history and police practices. His work has appeared everywhere from the Washington Post to Reason magazine’s Volokh Conspiracy legal weblog to the law reviews of Harvard, Yale, Brown and Penn universities.

Kopel is a lifelong Democrat and a small-government libertarian who speaks up for gun rights, while his legal arguments have been noted by the U.S. Supreme Court. His lengthy credentials also include being vice-chair of the Colorado State Advisory Committee to the United States Commission on Civil Rights.

When nonprofits and advocacy groups on the political left needs a good plan and a way to get the word out, Progressive Promotions is the high-profile choice.

Davies co-founded Progressive Promotions in 2004 after working in Denver and Washington, D.C., for such causes as NARAL Pro-Choice Colorado, JVA Consulting and Friends of the National Zoo.

Reinisch is a veteran in public affairs, advocacy and communications for such clients as the Colorado Ovarian Cancer Alliance, Planned Parenthood of the Rocky Mountains, NARAL Pro-Choice America and Public Interest Research Group. She also served as the spokesperson for the Colorado House Democrats under speakers Andrew Romanoff and Terrance Carroll.

The godfather of weed

He and his ski buddy Brian Vicente were on the weed bandwagon before Colorado legalized recreational marijuana sales in 2012. Vicente Sederberg opened as a marijuana legal practice in 2010. Now they’re recognized as industry leaders in business and regulatory affairs for the cannabis industry, from real estate and private equity to trade groups and local advocacy.

After playing a big role in passing legal week, Sederberg helped write the rules, serving as a representative on Hickenlooper’s Amendment 64 Implementation Task Force, then served on the executive committee of the Committee for Responsible Regulation, which helped establish statewide excise and sales taxes.

He was ranked among the Cannabis Law Trailblazers by the National Law Journal and high on other lists of influential national and regional attorneys, thanks to pot.

The influencers: A look at how lobbying works at the Colorado Capitol

"Everything's fair in love and April," a Colorado lobbyist posted on Facebook.