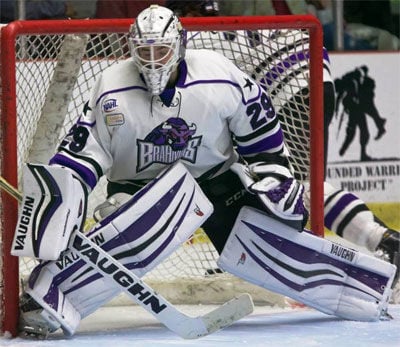 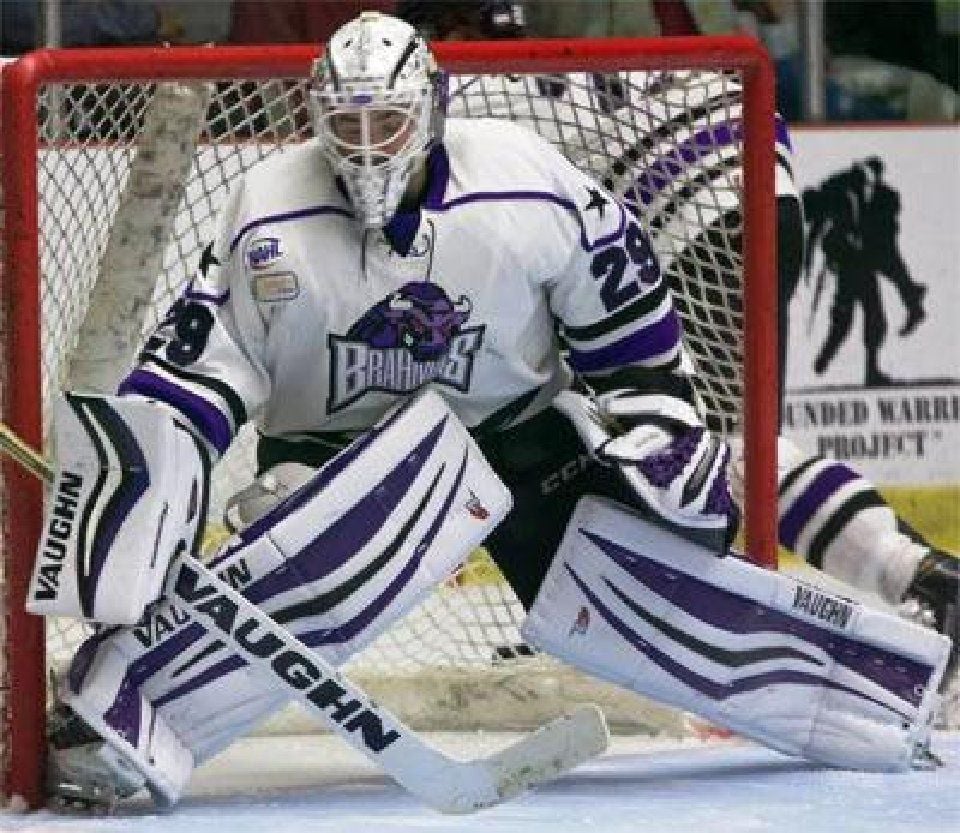 It looks like Colorado College has filled next year’s open goalie roster spot – after the graduation of senior Derek Shatzer --  with a netminder who may challenge freshman Alex Leclerc and sophomore Jacob Nehama for the starting job.

“I believe this is a great goalie situation for me to come into,” said Alec Calvaruso, 18. “I say that because after talking to the coaching staff, I know that I will be able to come in and get a chance to prove myself right away. I am going to take that opportunity and take advantage of it.”

“I think it’s unbelievable,” Brahmas coach Dan Wildfong said in a press release. “He came in here obviously as a top goalie recruit for us (fourth round pick) and we knew he was a Division I goalie.  He’s proven that ever since he’s got here. I think he’s brought a little more structure to his game and I think he’ll do really well in Colorado.”

The Brahmas are playing good team defense with Calvaruso making the key saves when needed.

“He makes one or two big saves each game,” Wildfong added. “He keeps our team calm because he’s making those stops at key times.”

The 6-foot-2, 180-pounder’s campus visit in December paid dividends with a chance to talk to the current CC goalies and former and future teammate Alex Berardinelli.

“Everyone that I talked with had nothing but good things to say about the campus, schooling and hockey program,” Calvaruso said. “One thing that really swayed me was the high level of academics.”

Calvaruso is hopeful that a strong work ethic will help him adjust to the higher level of play.

“The mental aspect is something I strive to get better at every day,” he said. “As a goalie, I believe I need to improve on my puck handling skills and attention to detail. Sometimes I get too caught up in the game. I get desperate at times and try to do too much. I need to just stick to the basics, use my size and play my game.”