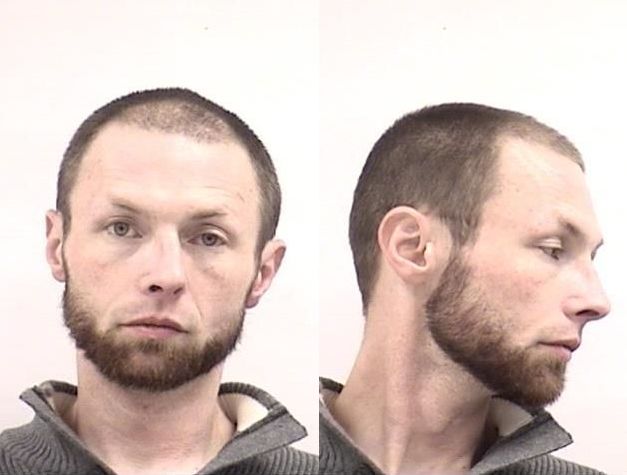 Randy Bishop, 36, escaped from Colorado Springs police custody in a November 25, 2019 shooting at a hospital where he was being evaluated after his first arrest following a traffic crash. Bishop has been identified as Sunday’s shooter that injured an officer. Photo courtesy El Paso County Sheriff’s Office. 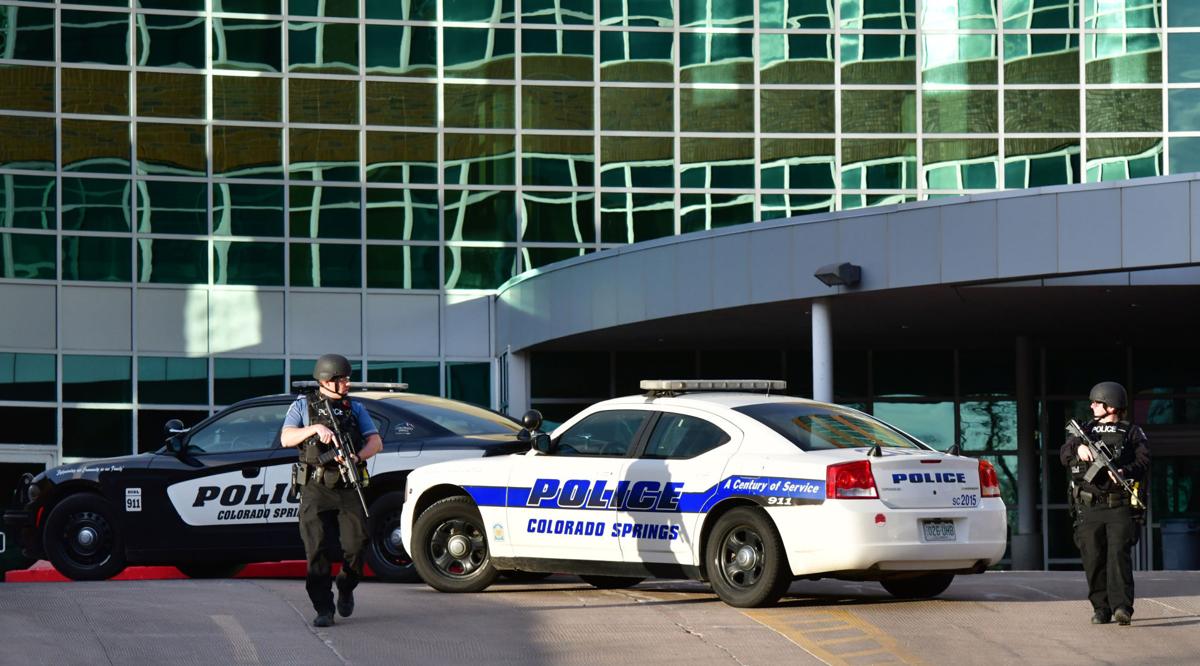 A man who shot a Colorado Springs officer on Saturday has been identified as Randy Bishop, a fugitive who authorities say also stole and fired a detective’s gun inside a hospital during a dramatic escape from custody late last year.

On Saturday, an officer pulled over a vehicle for an expired registration tag at Galley Road and Arrawanna Street at 11:57 p.m. and discovered it was driven by Bishop. After a second officer arrived, shots were fired by Bishop, according to the El Paso County Sheriff’s Office.

One officer was shot and fired at least one round in return, said Sgt. Deborah Mynatt, a sheriff’s spokeswoman. The officer’s injury wasn’t considered life-threatening, and it’s unclear if Bishop was hit.

Mynatt did not provide further information about the officer’s shooting, including the name of the officer or where they were hit.

After the shooting, Bishop drove off, and crashed the car about 1½ miles away, at Pikes Peak Avenue and Dunsmere Street, and then ran.

Police have been hunting for Bishop for more than a month, since Nov. 25, when he was taken to UCHealth Memorial Hospital Central after police rammed his vehicle during a pursuit.

At the hospital, Bishop escaped from a CT scan room, while a detective was standing guard outside. The detective ran after Bishop in a hallway and tackled him. Bishop fought back, punching and biting the officer, according to an arrest affidavit.

Bystanders in the hallway grabbed Bishop as he struggled with the detective, but Bishop managed to get control of the detective’s gun.

The detective told bystanders to flee as Bishop ran down the hallway and fired a shot into the ceiling, the affidavit said. The detective barricaded himself and the bystanders in a room before Bishop fired a second shot. No one was hit. Bishop escaped the hospital in a stolen car that had been left idling in the valet area.

Bishop had been arrested in November on suspicion of robbery, assault with a deadly weapon, kidnapping, menacing and child abuse. Bishop now also has a warrant for attempted murder, the sheriff’s office said.

Authorities warn that Bishop is considered armed and extremely dangerous.

The sheriff’s office is investigating the shooting to avoid the appearance of conflict, a standard measure when Colorado Springs fire their guns in the line of duty.

'Do you love God?' asks assailant in Colorado Springs stabbing spree that wounds 8

ALBUQUERQUE • A man accused of trying to kidnap his Uber driver in Colorado is being held in New Mexico.