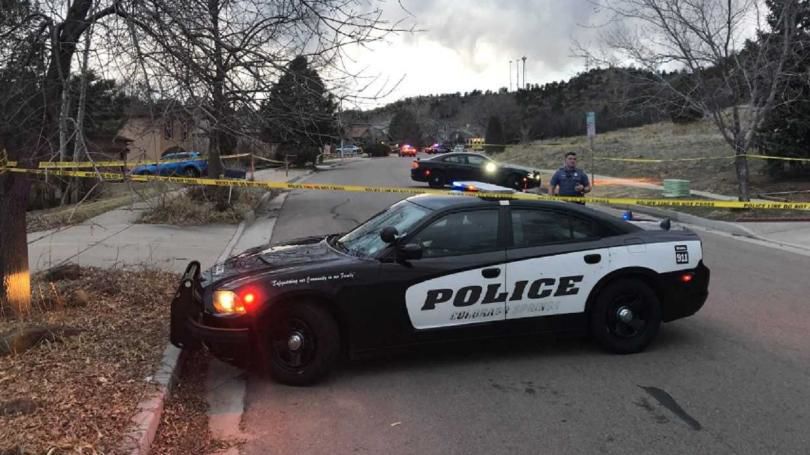 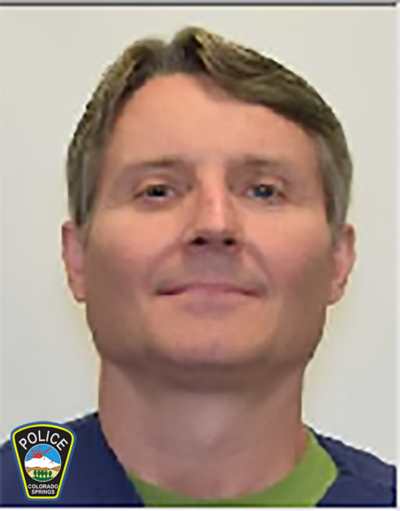 James Hanlon was arrested Friday night in the Denver area on suspicion of first-degree murder.

Before James Hanlon was arrested in a fatal shooting Wednesday near UCCS, police said they believed he fled in a 2018 Toyota 4Runner with Colorado license plate CCW-619.

James Hanlon was arrested Friday night in the Denver area on suspicion of first-degree murder.

A 63-year-old man who was gunned down in the street Wednesday night near the University of Colorado at Colorado Springs recorded his killing on his cellphone.

An AMR medical tech found the phone next to Gary Dolce’s body, still recording, after he had been shot several times, an arrest affidavit says. The medical tech stopped the recording and played the video back, showing what had just happened to Dolce in the 1800 block of Rimwood Drive in north Colorado Springs.

The video shows a blue SUV driven by a man police later identified as Dolce’s next-door neighbor, James William Hanlon II, 53, pulling up to the curb on Rimwood Drive next to Dolce, the affidavit says.

Suspect in fatal shooting near UCCS turns himself in

Hanlon repeats himself, calling Dolce stupid, before a black handgun is pointed at Dolce, held by a hand wearing a blue, disposable glove, the affidavit states.

A car door can be heard closing, followed by the sound of a car speeding away.

A woman who was driving on Rimwood Drive at the time of the killing told police she heard gunshots, then saw a vehicle on the side of the road with a door open, the affidavit says. She saw a man get out of the vehicle and walk toward a person lying on the ground.

She thought the man from the vehicle was going to help the man lying on the ground, but, instead, he raised a gun, pointed it at the person’s head and shot him, the affidavit says.

Police identified Hanlon on Thursday as the suspected shooter. Hanlon turned himself into police in the Denver Metro area on Friday night.

The shooting was reported at 6:24 p.m. Less than an hour earlier, at 5:38 p.m., Hanlon was cited by the Humane Society of the Pikes Peak Region for having an “aggressive animal,” the affidavit says.

In an audio recording of Hanlon being cited by Animal Law Enforcement, Hanlon and the animal control officer are heard going back and forth about Hanlon’s “duty to restrain animals and having a dangerous dog.”

They also are heard talking about the fence separating Hanlon’s and Dolce’s properties, and Hanlon says, “Well, maybe he just needs his ass kicked. Maybe that will help. I’ve done that before, that will sometimes get your neighbors to back off.”

Later, Hanlon is heard saying, “We’re just gonna kick his ass, that’s all we’re gonna do. Next time I see him, I’ll just kick his ass. ... I guarantee you once he gets his ass kicked, that will be the end of it.”

Shortly after Hanlon was cited, he told his family he had an “emergency work callout” and left his house on Rimwood Drive, the affidavit says.

More than a month earlier, on Feb. 19, police were called to Rimwood Drive for “an altercation” between Dolce and Hanlon, the affidavit says. Dolce told police “his neighbor was trying to get him to fight and that there were ongoing issues with the neighbor.”

The Gazette’s Leslie James contributed to this report.

One dead after shooting near UCCS in Colorado Springs