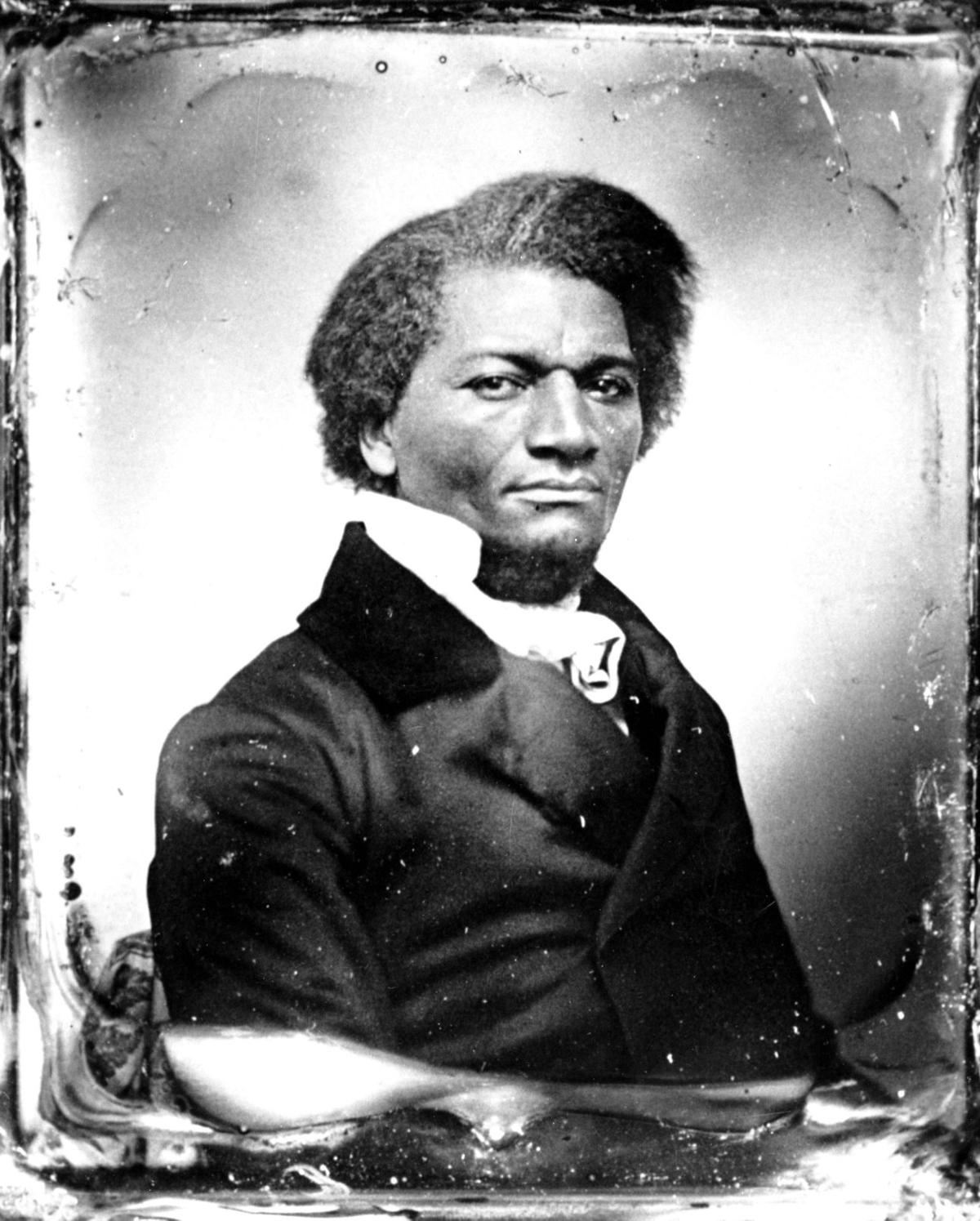 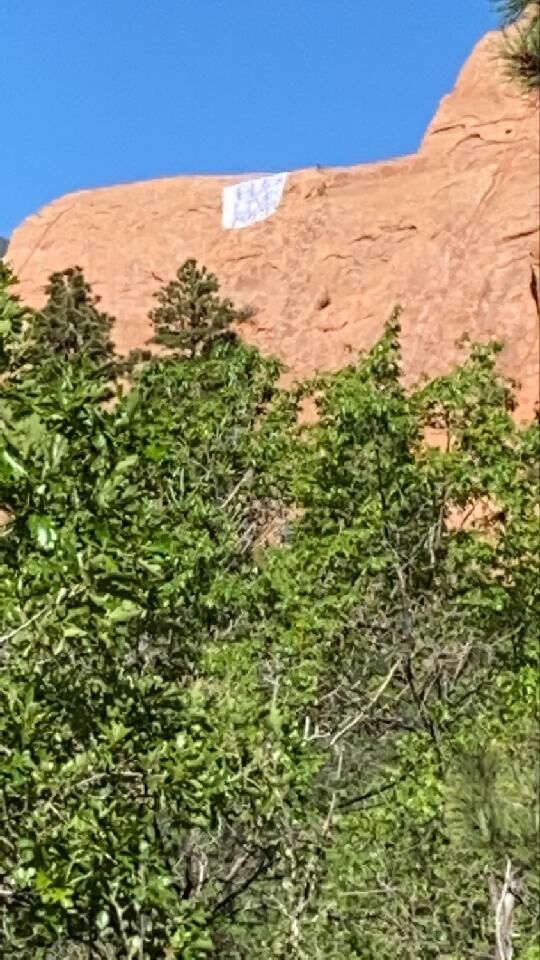 Frederick Douglass (1818-1895) never surrendered. He was a brilliant, tough and realistic crusader with no use for despair, a man who marched, without fail, toward optimism.

He was beaten, once nearly to death, by his slave masters in the South, and after his escape and liberation was beaten by slave supporters in the north. His right hand was broken, his forehead busted open, his teeth left on the ground. He struggled against American racists his entire life.

Remember, especially now, his refusal to surrender. He believed his nation would someday embrace the truth that all men are created equal and that each American, regardless of heritage, deserved the blessings of liberty. He died without seeing his vision come true, but he never quit believing the matchless promises of America.

Friday morning, I was walking through the central section of Red Rock Canyon and saw, hanging high above me, a white sheet adorned with black letters.

“Black Lives Matter,” the sheet stated, the letters bright in the early sunshine. The sheet had been stretched across the top of a massive rock.

I thought of George Floyd, killed by a rogue police officer.

And I thought of Douglass, a pioneer in the American crusade to recognize black lives as precious.

Years ago, I spent hours in the special collections section of the Syracuse University library reading letters — the original, fragile ones — composed by Douglass. He read the best writers of his age — Charles Dickens, Victor Hugo, Henry Wadsworth Longfellow — and wrote with poetry, precision and power.

One of those letters lingers with me.

“The true doctrine is one nation, one country, one citizenship and one law for all people,” Douglass wrote in 1874 to Gerrit Smith, a longtime ally in the battle for equality.

As Douglass wrote those words, he dwelled in a nation that ignored its revolutionary heritage and promises. The South had been vanquished in the Civil War, but the evil of slavery lingered. Blacks remained unequal in a nation that promised equality. They suffered lynchings. They were denied the right to vote.

Douglass remained hopeful. He knew fiery optimism would serve as fuel for his fight. He refused to allow rage to overwhelm him.

“I am disappointed but not discouraged,” he wrote in his elegant handwriting. “We have suffered long, but can suffer longer. . . . We cannot stop. Time and effort will prevail.”

Douglass witnessed the best of America. In 1865, as the Civil War neared its end, he talked with President Abraham Lincoln of America’s future. The men quickly realized they were kindred spirits. Both had risen from poverty to become American titans.

Twice during their conversation, a secretary knocked on the door to say the governor of Connecticut was waiting to speak with the president. Twice, Lincoln waved the secretary off.

“I want to have a long talk with my friend Frederick Douglass,” Lincoln said.

A year later, Lincoln was dead and Douglass was meeting with his successor, Andrew Johnson. When considering the worst American president, be sure to place Johnson near the top of the list.

And maybe at the top.

The meeting was contentious. Johnson mentioned to Douglass he had purchased and owned slaves, but proudly announced he never sold a slave. Douglass fought laughter as he listened to Johnson’s strange and empty bragging.

The men argued for several minutes. When Douglass departed, Johnson angrily talked of “that . . . Douglass; he’s just like any . . .”

I must stop here. Brace yourself. The racist president of the United States then referred to Douglass with the n-word.

Our cities are blazing. Our hearts are broken. Floyd should still be walking among us, and it’s difficult to see the bright promises of our nation through the smoke and trouble. Despair, as always, is tempting. So is rage.

Remember, Douglass emphasized his meeting with the noble Lincoln over his debacle with the buffoonish Johnson. Douglass suffered American injustice his entire life, but always embraced America’s promises. He never quit looking toward Lincoln and equality and freedom and a better America.

“Do you mean to make good the promises in your Constitution?” Douglass asked, at high volume, the delegates at the 1876 Republican convention in Cincinnati.

It’s 144 years later. As justice-seeking Americans march and shout on our streets, we still await the answer.

Does one of your friends routinely indulge in racist talk? Stand up - literally - against that talk.