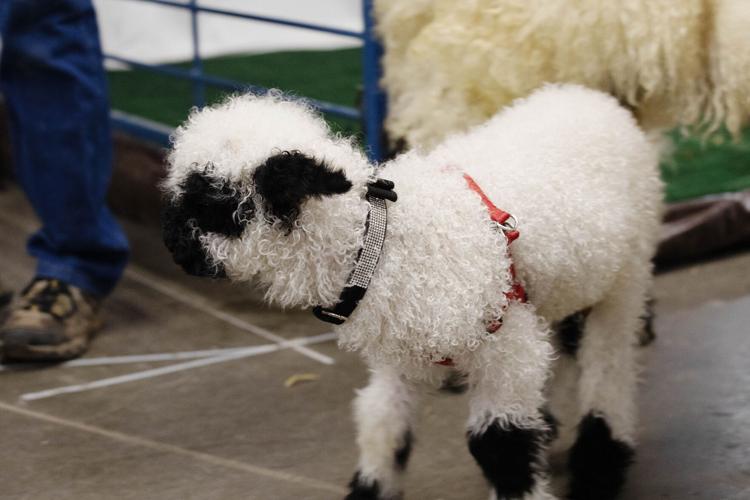 Buckaroo, the world's 'cutest sheep' came to the National Western Stock Show in Denver on Saturday, Jan. 7, 2023. The sheep, valais blacknose, were brought from breeders, Pure Valais, who are based out of Oregon and Washington. 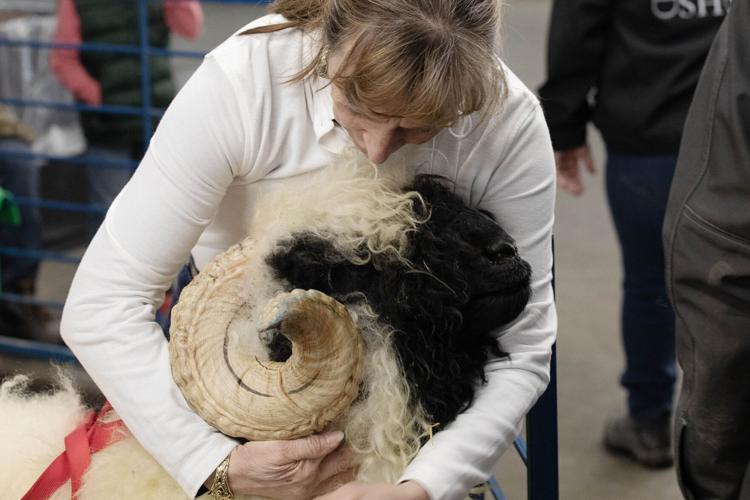 Joy Dally hugs an adult valais blacknose sheep from her farm while at the National Western Stock Show in Denver on Sat. Jan. 7, 2023. Dally and her husband, Martin, staffed a booth at the stock show — drawing excited crowds to see the sheep, which are from Switzerland originally. 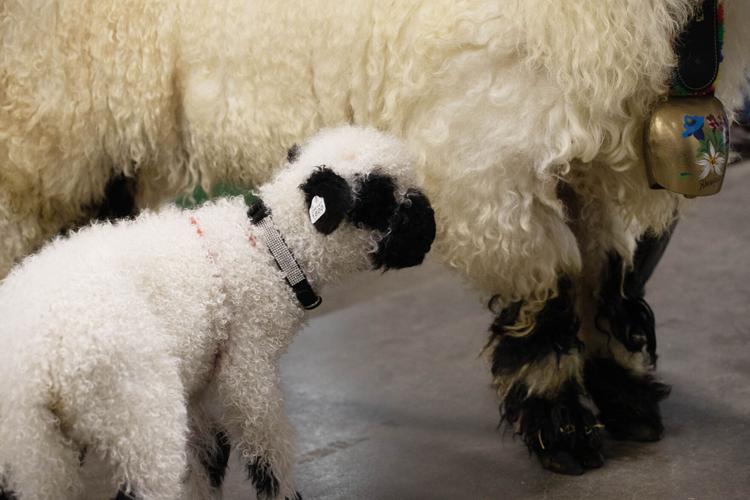 Buckaroo, the world's 'cutest sheep' came to the National Western Stock Show in Denver on Saturday, Jan. 7, 2023. The sheep, valais blacknose, were brought from breeders, Pure Valais, who are based out of Oregon and Washington.

Curious National Western Stock Show attendees are flocking to get a look at the show's sexiest ram. Buckaroo, the three-week old Valais Blacknose, has such irresistible timidity and charm, even the grumpiest cowboy begrudgingly pulls out a cellphone camera for a sheep-selfie.

“He's had his photo with kids hundreds of times now,” said Buckaroo’s owner Martin Dally, a retired college animal science researcher. “People want to know, 'Is he for real?'”

“He’d be twice that amount, but he was born with one of his spots in the wrong place,” said Dally, pointing to the back of the lamb’s knee. He led Buckaroo out of his pen where he was standing on steady short legs next to his uncle, Amadeus, who is over 200 pounds with magnificent horns which curl around his head.

Two year-old Amedeus is available for $18,000 because he is an American original, "...one of the first of the breed to be introduced in the U.S.," according to Dally.

The Valais Blacknose are known for their long, cream-colored wool, a small black-masked face framed by floppy ears and black spots which playfully appear on the fronts of their knees, and on the back of their hocks. Their wool is too course for sweaters and shawls, so it’s mostly used for rugs and carpets.

Buckaroo, still a little unsure on his legs, was a result of artificial insemination. Amadeus was an embryo brought to Oregon from New Zealand and implanted in one of the Dally’s ewes. Dally and his wife, Joy, run Shepherd’s Lane of Oregon, a sheep ranch in Lebanon.

Buckaroo and Amedeus are two of only around 400 Valais Blacknose in the United States.

Known in the Swiss Alps as Schwarznasenschaf, the designer sheep was first sighted in the Valais region of  Switzerland in the 15th century and now has expanded to around 13,700 animals. They also can be found in the United Kingdom and New Zealand.

Despite the fact that they’ve been around for hundreds of years, the Valais was not introduced as its own breed until half a century ago.

If you don't have thousands of dollars to take “The World’s Cutest Sheep” home, you can have the next best thing. A booth next door to Buckaroo’s pen offers Valais Blacknose stuffed animals, dangling sheep keychains and wallets decorated with a fuzzy Valais-head.

Dally called the Denver Gazette to say he'll be towing his trailer back to Oregon with one less animal. A local sheep connoisseur bought Buckaroo as a pet for his grandkids.

"Buckaroo is gonna be a Rocky Mountain sheep," said Dally. “You can’t keep ‘em all.”

Crowds flocked to the 117th year of the National Western Stock Show, breaking attendance records for the opening weekend, according to a news release.