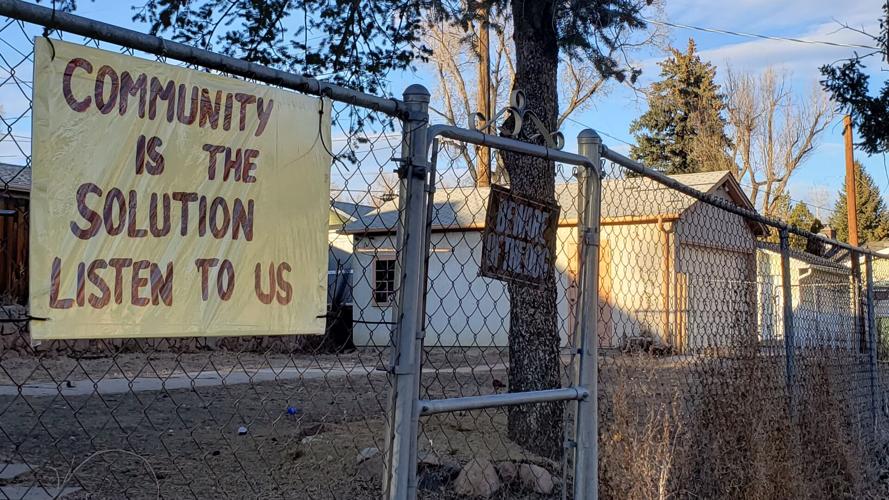 "Community is the solution. Listen to us," reads one sign posted across the street from the Westside Community Center at 1628 W. Bijou St. in Colorado Springs. Woodmen Valley Chapel's plans to move its Southwest Campus and offices to the building has raised the ire of a group of neighbors. 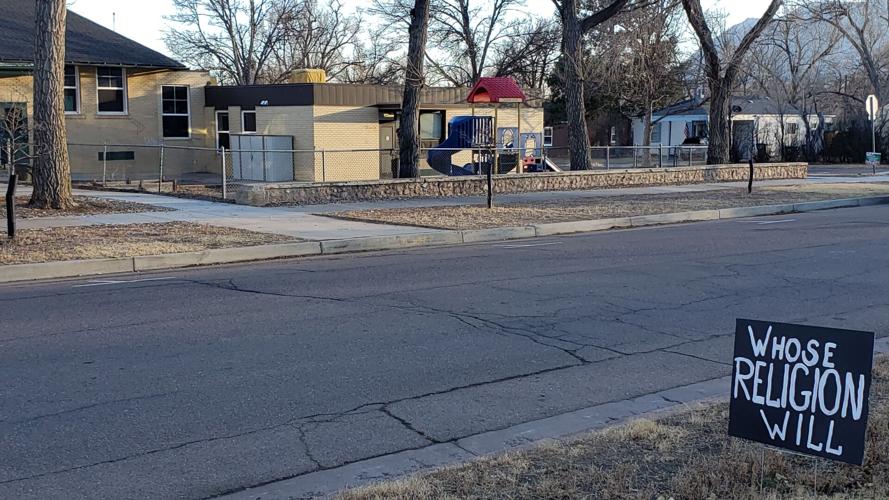 A group of neighbors, who submitted a bid to become the new operator of the Westside Community Center in Colorado Springs but were rejected, now are objecting to the plans of the city’s top pick.

The Center for Strategic Ministry, a nonprofit community outreach organization of Woodmen Valley Chapel, intends to move the nondenominational church’s Southwest Campus and offices to the community center, according to its proposal.

The city of Colorado Springs’ Parks, Recreation and Cultural Services department announced in December that after reviewing an undisclosed number of requests for proposal in another round of the search for a new operator, a committee recommends the Center for Strategic Ministry be retained in its role.

For the past 12 years, the Center for Strategic Ministry has been operating the community center, a large, repurposed elementary school campus with three buildings. The organization had informed the city in late 2019 that it would not renew the contract, which was set to expire last month, but then submitted a proposal to do so, after the city said two other proposals fell through.

Woodmen Valley Chapel will relocate one of its four local campuses and offices in Colorado Springs to the community center, Stu Davis, board president of the Center for Strategic Ministry and pastor of city impact for Woodmen Valley Chapel, said Monday.

But that wouldn’t make the community center a “church campus,” he said.

The organization also will preserve the site’s primary function as a community center, continuing to offer various fitness, cultural and service programs for children, families and seniors, the proposal states.

Three other churches have leased space over the past 12 years and held services at the community center, Davis said. Another church, Westside Oaks, currently locates its offices there, he said.

“Nobody’s complained,” Davis said of the other churches being on the campus.

But having the future long-term operator of the community center hold Sunday services for the Southwest Campus of Woodmen Valley Chapel and headquarter the satellite’s offices there is different than having independent churches lease space, say members of the board of Creative Community Solutions. The nonprofit formed last year out of a grassroots movement called Save the Westside Community Center.

“Our real problem is that the community center should be all-inclusive, and it’s clear the doctrine of the entity the city has chosen is very narrow,” said Richard Nee, a board member of Creative Community Solutions.

“They say their purpose is to create disciples of Jesus Christ; that’s not a bad statement, but it’s not a diverse statement,” he said. “We have people in the neighborhood that are not Christian and might find that offensive.”

Davis said he believes the setup would be the same as leasing space to other churches, but he understands the concerns and has met with several neighborhood organizations to discuss the issue and help alleviate their worries.

“The goal is not to run programs out of the community center’s buildings that serve the church,” he said, “but to bolster the programs and allow them to serve more people and bring more volunteerism, participation and visibility to the campus.”

A handful of Southwest Campus office staff will be located at the campus, and about 100 people attend one of two services each Sunday, Davis said. The congregation currently holds two Sunday services at a charter school on South Corona Avenue and leases office space in a separate commercial building.

“I know there’s concern over parking and congestion, and while Woodmen Valley Chapel has larger campuses in town, this is a very different operation,” Davis said of the Southwest Campus.

Some members of Save the Westside Community Center have said they will address City Council about the issue on Tuesday.

“We’d like the city to be aware there’s still a community that represents the westside neighbors, and we are diverse and all-inclusive,” said Liz Carver, executive director of Creative Community Solutions. “Because the community center is in our neighborhood and owned by our city, we want our voices heard.”

The proposal Creative Community Solutions submitted to the city in its bid to become the community center's new operator included elements such as running the center with volunteers, having decisions made by the community, not the operator, enhancing programming and expanding food distribution to the needy.

Relocation of Woodmen Valley Chapel's Southwest Campus won’t happen until negotiations on a new 15-year contract between the city and the Center for Strategic Ministry is in hand, Davis said.

While the Center for Strategic Ministry is the recommended operator of the Westside Community Center, the contract is “still under review” and has not yet been signed, said city spokeswoman Jennifer Schreuder.

The city’s procurement process does not allow city staff to comment until the operational agreement is finalized, she added.

A new contract does not need City Council approval but must have administrative approval, she said, from Mayor John Suthers and/or Chief of Staff Jeff Greene.

As the city of Colorado Springs again prepares to accept proposals for a new user and operator for the city-owned Westside Community Center, t…