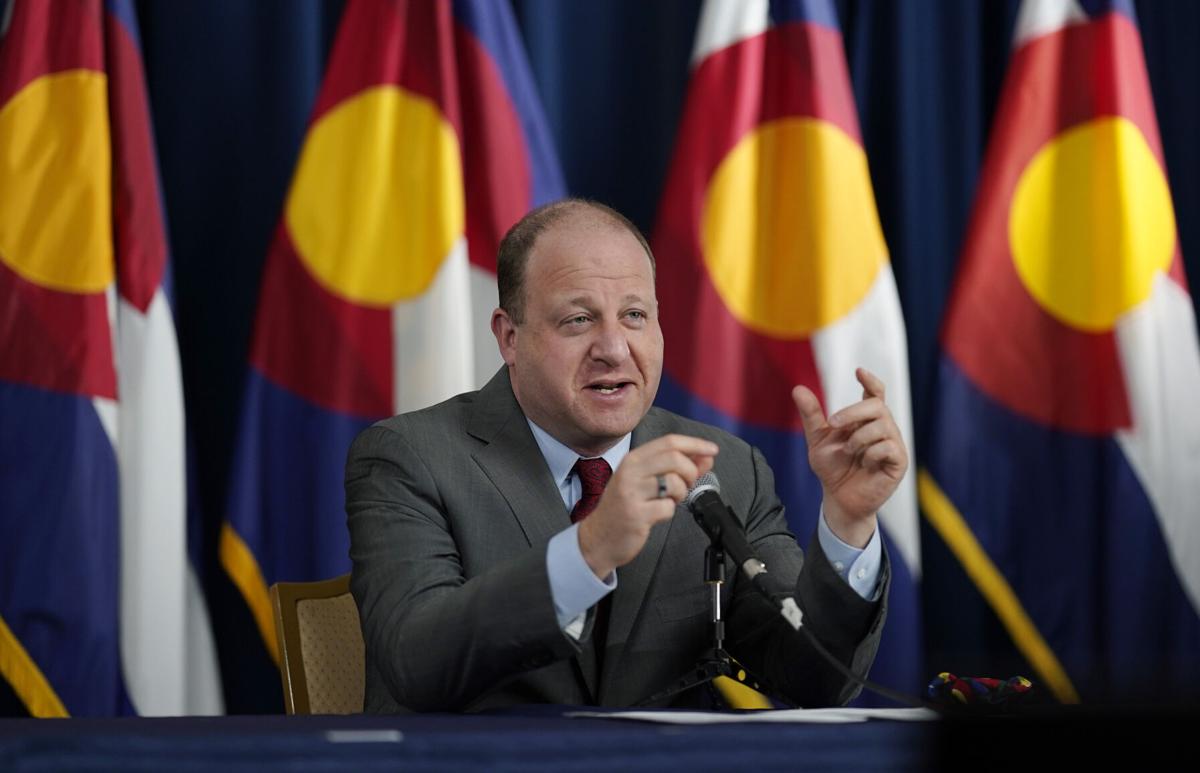 The Associated Press A proclamation by Gov. Jared Polis to declare March 20 “MeatOut” Day has generated backlash in at least 25 counties, including nine of the top 10 cattle-producing counties. 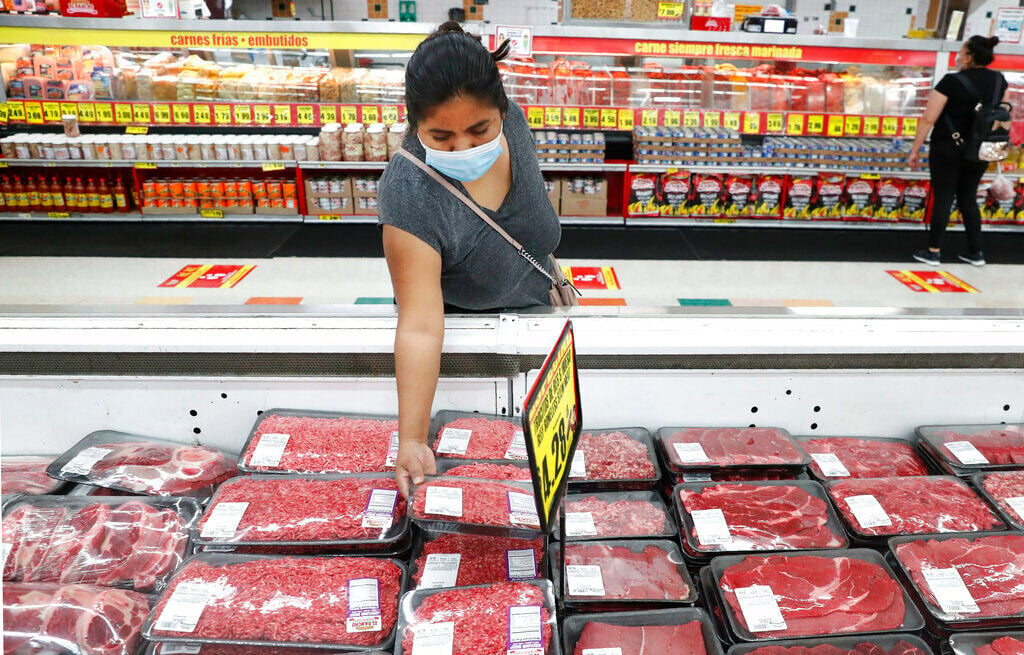 the associated press The Labor Department reported Friday that its producer price index, which measures inflation before it reaches consumers, increased by 0.5% last month after a record jump of 1.3% in January.

The Associated Press A proclamation by Gov. Jared Polis to declare March 20 “MeatOut” Day has generated backlash in at least 25 counties, including nine of the top 10 cattle-producing counties.

the associated press The Labor Department reported Friday that its producer price index, which measures inflation before it reaches consumers, increased by 0.5% last month after a record jump of 1.3% in January.

Gov. Jared Polis' proclamation to declare "MeatOut" Day may have done more for the cattle and beef markets than he intended.

March 20 is also now being referred to as Meat Producers Appreciation Day, or some variation of that, in at least 25 counties, including nine of the top 10 cattle-producing counties, all in the Eastern Plains.

Polis had signed a proclamation last month declaring the MeatOut Day, tied to an annual event backed by the Farm Animal Rights Movement that started in 1985. The Polis proclamation says in part that "removing animal products from our diets reduces the risk of various ailments, including heart disease, high-blood pressure, stroke, various cancers, and diabetes...a plant-based diet helps protect the environment by reducing our carbon footprint, preserving forests, grasslands and wildlife habitats, and reduces pollution of waterways; and...a growing number of people are reducing their meat consumption to help prevent animal cruelty."

But the move generated outrage from Coloradans statewide, and with just a week to go before March 20, that outrage hasn't abated.

Former state Sen. Greg Brophy of Wray said Friday that everybody on the Republican side is just raw from this action and others.

"They've been told they're racists and evil," he said, then listing other moves by Polis since he was elected: promoting the meatless Impossible Burger, naming a vegan activist to the state veterinarian board, backing the wolf reintroduction.

"It's just one after another," Brophy said. "When people are already upset and their feelings are raw, this was a tinder box and he threw a match in it and it exploded."

In the meantime, the Polis administration has been trying to do damage control. In a Feb. 25 news conference, Polis responded to the outrage, stating that he's promoted Colorado beef in foreign markets, toured Colorado ranches, and that during his quarantine after testing positive for COVID-19 he learned to develop cooking techniques around "underappreciated" cuts of beef, such as flank.

"I'll put my brisket up against anyone's," he said.

Weld County Commissioner Lori Saine would like to put that to the test. She issued a challenge to Polis on March 4, inviting him to Weld County on March 20 for a "brisket showdown.

"We will invite some of our Weld County's finest to 'tender' their submissions," she said.

Saine also told the governor that "few groups have stood for ordinary working Americans' fundamental decency like the Colorado farmer and rancher, and all while providing the very sustenance for life for both wealthy city dweller and those striving to better their American dream. Thus, supporting Colorado farmers and ranchers in their work and their duty is healthy for our city and country cousins alike."

March 20 has turned into a statewide celebration of the cattle industry and the beef it produces, with dozens of barbecues and similar events scheduled in every corner of the state.

"(Polis) is the best salesman we've ever had" has become a frequent comment on social media groups devoted to the industry. Another meme called Polis "salesman of the year."

Other damage control from the administration includes a letter from Commissioner of Agriculture Kate Greenberg, who has limited agriculture experience, which was sent to rural newspapers last week.

In that letter, Greenberg claimed the Polis administration has been working to open up new markets "from Taiwan to Mexico" for livestock producers.

"I have spoken with many of you who expressed concern with the proclamation that designated March 20th as MeatOut day. I would like to clarify that this proclamation does not create a new state holiday, despite certain headlines, and that proclamations are non-binding. Also, this is not a new proclamation – former Governor John Hickenlooper made a similar proclamation in 2011," Greenberg wrote.

"But still, you matter, your voice matters, and I am listening," she wrote.

One person responded to the letter on the Meat Appreciation Facebook page by saying "You have our back? With a steak knife."

March 22 begins National Ag Week, a celebration of the state's second largest economic engine. Agriculture contributes $41 billion to the state's economy, along with 17,000 jobs. Beef is the state's largest agricultural export, at $3 billion per year.

The commission, which includes former state Rep. Jon Becker, also said they were deeply concerned that the governor would call for a boycott, even for one day, "of an industry that is key and essential to both our local and state economy."

Pueblo County, where all three commissioners are Democrats, have declared March 20 "Cattlemen's Day."

Montezuma County ranchers are planning a cattle drive that day; county Farm Bureau chapters all over the state, including in Montrose, Ouray and San Miguel counties, are holding ag appreciation events on March 20.

The controversy has also gotten attention outside of Colorado. Nebraska Gov. Pete Ricketts declared March 20 "Meat on the Menu Day," noting Polis' "MeatOut" proclamation and encouraging his residents to purchase and eat beef, pork, chicken, lamb or another kind of meat.

The Weld County Board of Commissioners plans to formally proclaim March 20 as “Ranching, Livestock and Meat-IN Day” on Wednesday in response to Gov. Jared Polis’ proclamation naming the day “MeatOut Day.”