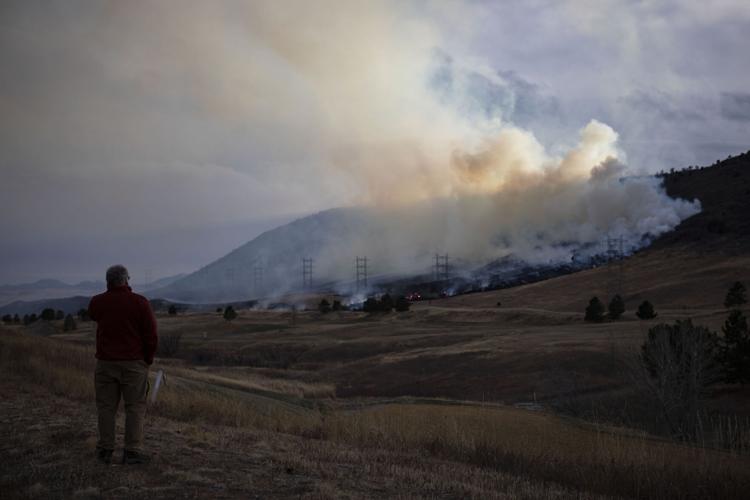 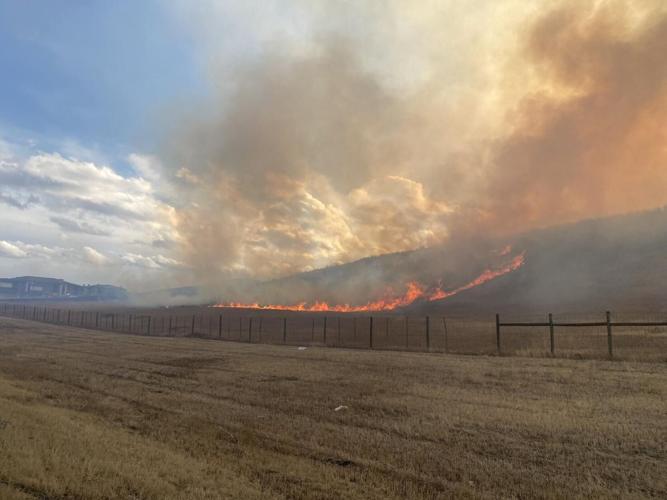 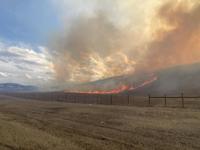 A large grass fire burns in Jefferson County on Monday.

A large grass fire burns in Jefferson County on Monday.

The blaze, dubbed the Oak fire, was burning on the hogback along highway C-470 near South Kipling Parkway, according to West Metro Fire Rescue. Officials announced the fire at 2:30 p.m. Monday.

No buildings were damaged by the fire. The Jefferson County Sheriff’s Office ordered evacuations for Ken Caryl Valley and the Westerly Apartment complex between 3 and 4 p.m. Both orders were later lifted.

Blodgett Peak fire not extinguished yet, might continue to smolder

C-470 was closed from West Ken Caryl Avenue to South Kipling Parkway, according to the Colorado State Patrol. The westbound lanes reopened at 6 p.m. As of early Monday evening, there was no estimated reopening time for the eastbound lanes.

The Colorado State Patrol also placed Jefferson and Clear Creek counties on accident alert due to the fire.

The #OakFire has slowed somewhat, but it’s still being driven by strong winds. There are no air resources available in the region. Neighboring fire districts are assisting on the ground. Two buildings at the Westerly Apts have been evacuated. 1/2 pic.twitter.com/XwmpxkR8cW

"Firefighters have so far kept the fire from jumping C-470," West Metro Fire Rescue said just after 3:30 p.m. "The Oak Fire has slowed somewhat, but it’s still being driven by strong winds."

By 5 p.m., officials said the fire activity and winds had lessened, though there was no estimate for containment. Firefighters planned to remain at the scene overnight to monitor the blaze and work on hot spots.

Smoke from the fire was visible throughout the south Denver metro area.

It was unclear how the fire started. Officials set up an evacuation center at Chatfield High School.

Click or tap here to see live video of the fire.

With a new $88 million effort to restore and protect communities and water systems from wildfires, Colorado’s top natural resources executive …