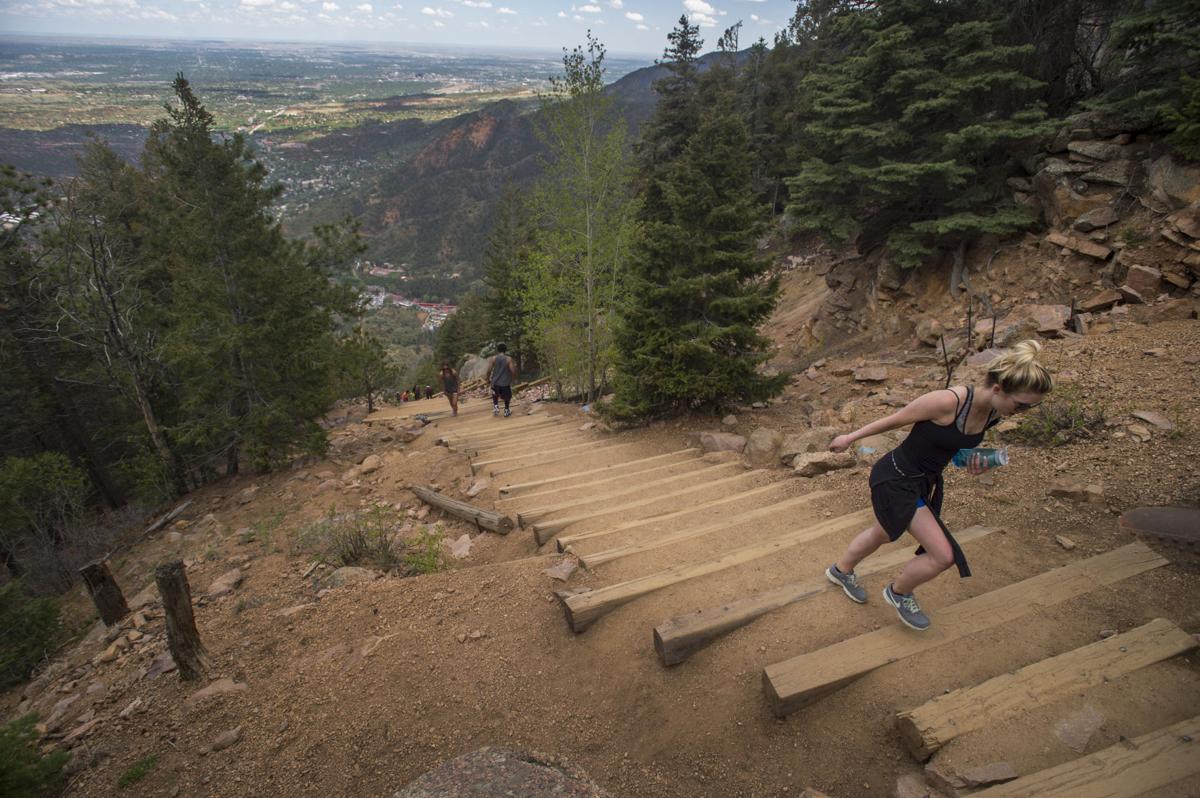 A hiker climbs the Manitou Springs Incline in 2016. 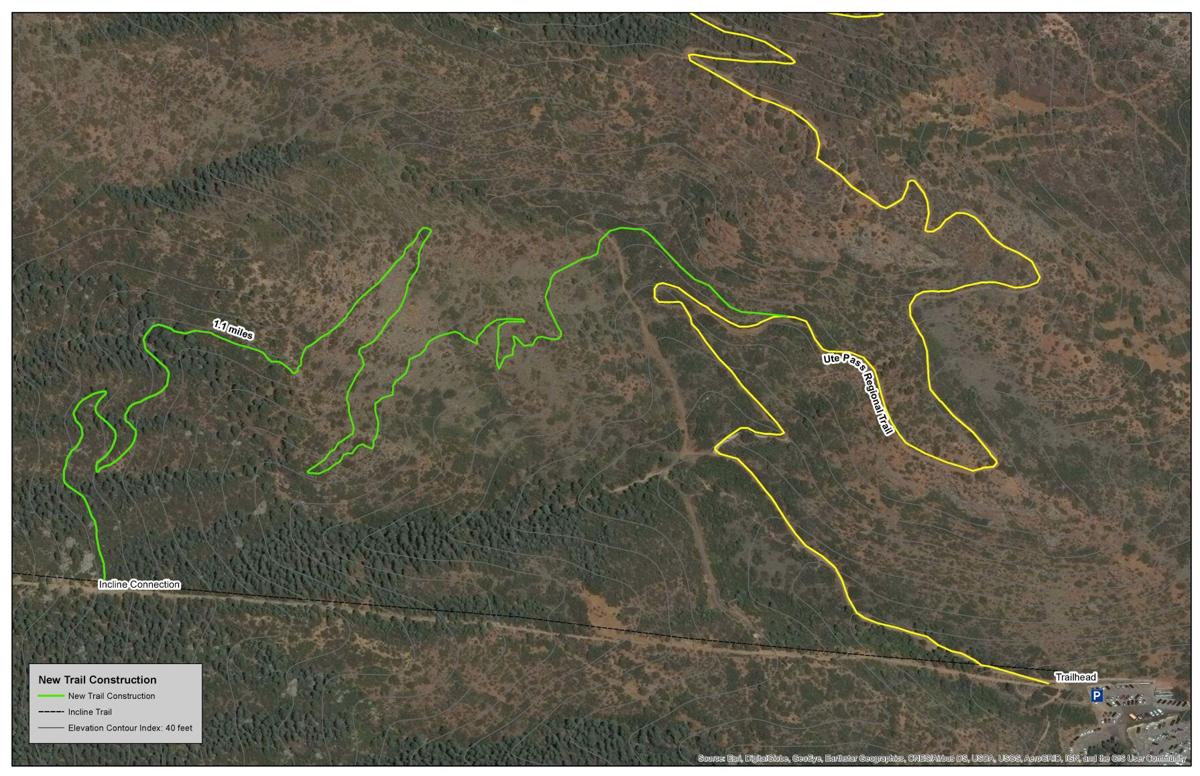 Work will begin next week on a new trail that will connect to the Manitou Incline and give people an option other than Barr Trail for coming back down, the City of Colorado Springs announced in a release Friday.

Work will also begin on additional parking spaces and a new trailhead at Red Rock Canyon Open Space, as well as a remodeled trail at Shooks Run.

Visitors to any of the areas should expect temporary disruption of normal operations during construction, the release said.

The Manitou Incline is currently still closed for COVID-19 concerns.

Here are more details about each project:

The second part of the trail will start at railroad tie 1300 and stretch to the top of Incline. The trail will run through Pike National Forest, but the project must be approved by the National Environmental Protection Act process before construction can begin, according to the release.

Incline Friends contributed funding for the planning, development and building costs, the city release said. The property where the trail is being built was acquired by the City in the 2016 land exchange with The Broadmoor.

The Incline closed in March because of COVID-19 concerns.

Also starting Tuesday, existing asphalt on a section in the Shooks Run Trail corridor will be replaced with concrete between Columbia and Uintah streets. The new concrete trail, which is part of the city's Legacy Loop project, will be 10-feet wide with a 2-foot gravel running path on one side of the trail. It will include four new, ADA-compliant pedestrian ramps. This section of Shooks Run Trail will be detoured during the work, which is expected to last through the end of June.

The renovation is funded by voter-approved 2B, which allowed the City to retain $7 million in excess TABOR revenue for specific park projects, according to the city's release.

Improvements are coming to the main parking lot at Highway 24 and Ridge Street, including the addition of 45 parking spaces. A new trailhead with 17 parking spaces will also be created along 26th Street, about a quarter mile north of Gold Camp Road and 26th Street, the city's release said.

A portion of the parking lot will be closed for about two weeks during the construction. The entire project is expected to be complete in early July.

The $225,000 project is funded by the voter-approved Trails, Open Space and Parks sales tax, the city said.

One of the region's top tourist attractions is on track to return in exactly one year.