Nearly 1,000 structures have been lost in the Marshall fire, according to a preliminary but near-final count released Saturday.

The bulk of the list are home addresses. Here's a summary of the numbers:

In Louisville: 553 structures were destroyed and 45 were damaged. Several businesses, including a Subway, You You Massage, the Havana Manor cigar lounge, and a La Quinta Inn were listed as destroyed.

In Superior: 332 structures were destroyed and 60 were damaged. Damaged buildings include a Conoco gas station and Chuck E. Cheese, where a video posted to Twitter Thursday showed panicked parents watching smoke creep closer. The town hall was damaged, as was the Target and a Tesla dealership. The Element Hotel was destroyed.

Close up view of the Boulder County fire and reaction from inside the Chuck E. Cheese off Marshall Rd in Superior, CO with wind gusts of 110mph. pic.twitter.com/OkBUnl8E9c

In Unincorporated Boulder County: 106 structures were destroyed and 22 were damaged. 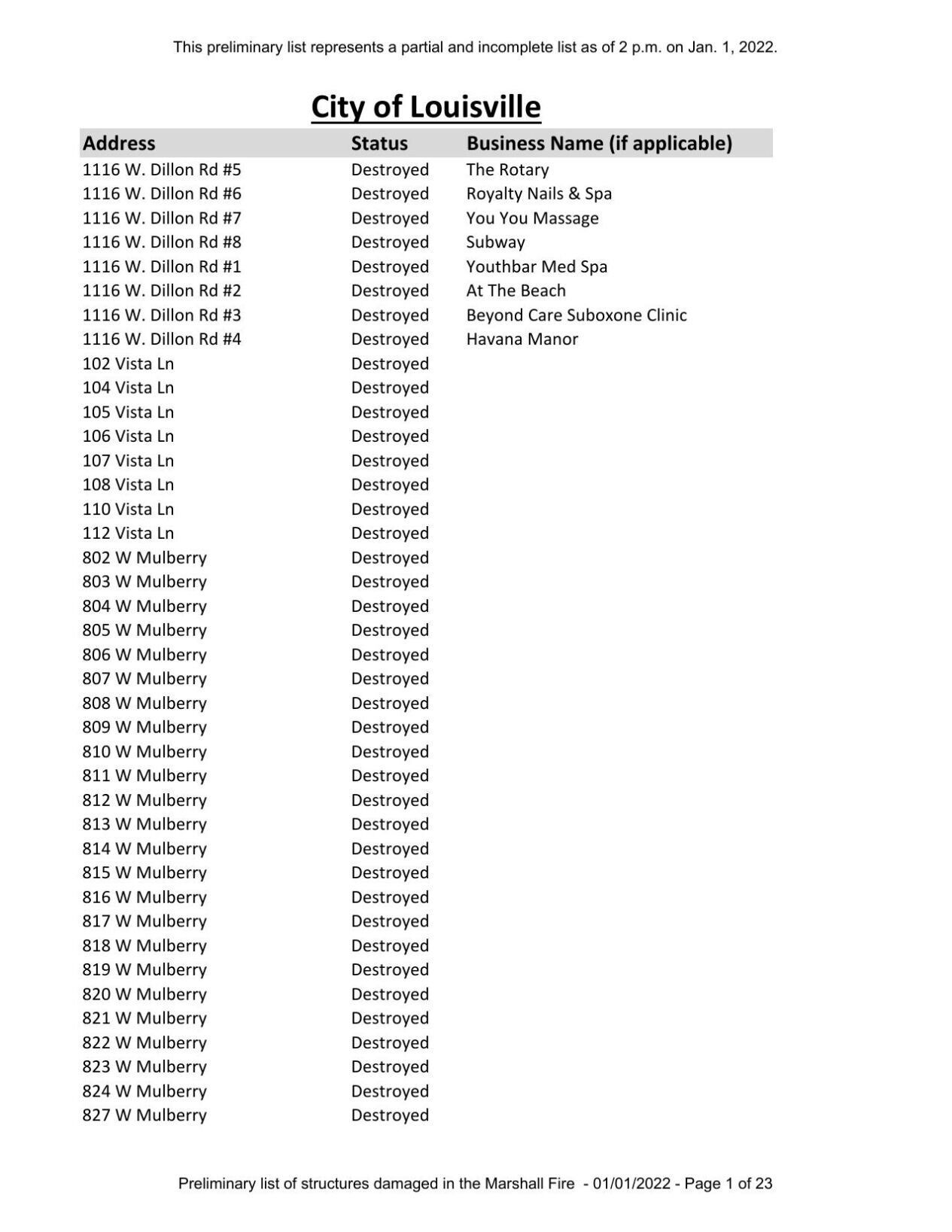 LOUISVILLE, Colo. (AP) — Search teams looked for two missing people on Sunday in the snow-covered but still smoldering debris from a massive C…