Visitors and residents could start hopping on and off a free downtown Colorado Springs shuttle next spring.

The new bus service is expected to run mostly up and down Tejon Street providing service to the new Robson Arena at Colorado College, the downtown bus station, among other stops. On the south end of the route the bus will connect to the new Switchbacks stadium and Olympic and Paralympic Museum on Sierra Madre Street, a conceptual route plan shows.

The new service is meant to help alleviate traffic congestion as downtown fills up with residents moving into the new apartments and attractions, such as the new Olympic and Paralympic Museum, officials working on the project said.

"Downtown Colorado Springs is now more than ever truly the place to be," said Craig Blewitt, director of Mountain Metro Transit, which will run the new service.

Federal coronavirus relief funding through the American Rescue Plan will jump start the service providing $7 million to operate the service for the first three years, he said. Mountain Metro also expects to use federal grant funding to cover 80% of the $3 million price tag to buy six new diesel buses for the service. In the future the service could transition to electric buses.

The first three years should serve as a testing ground for the free service to build ridership and give Mountain Metro time to seek other funding sources.

"I think if it’s free it makes it as convenient and attractive as possible for people to leave their cars, park at a facility and get on a shuttle to get where they are going," he said.

He expects the service to attract riders year round, although the agency will be looking for any seasonal patterns. 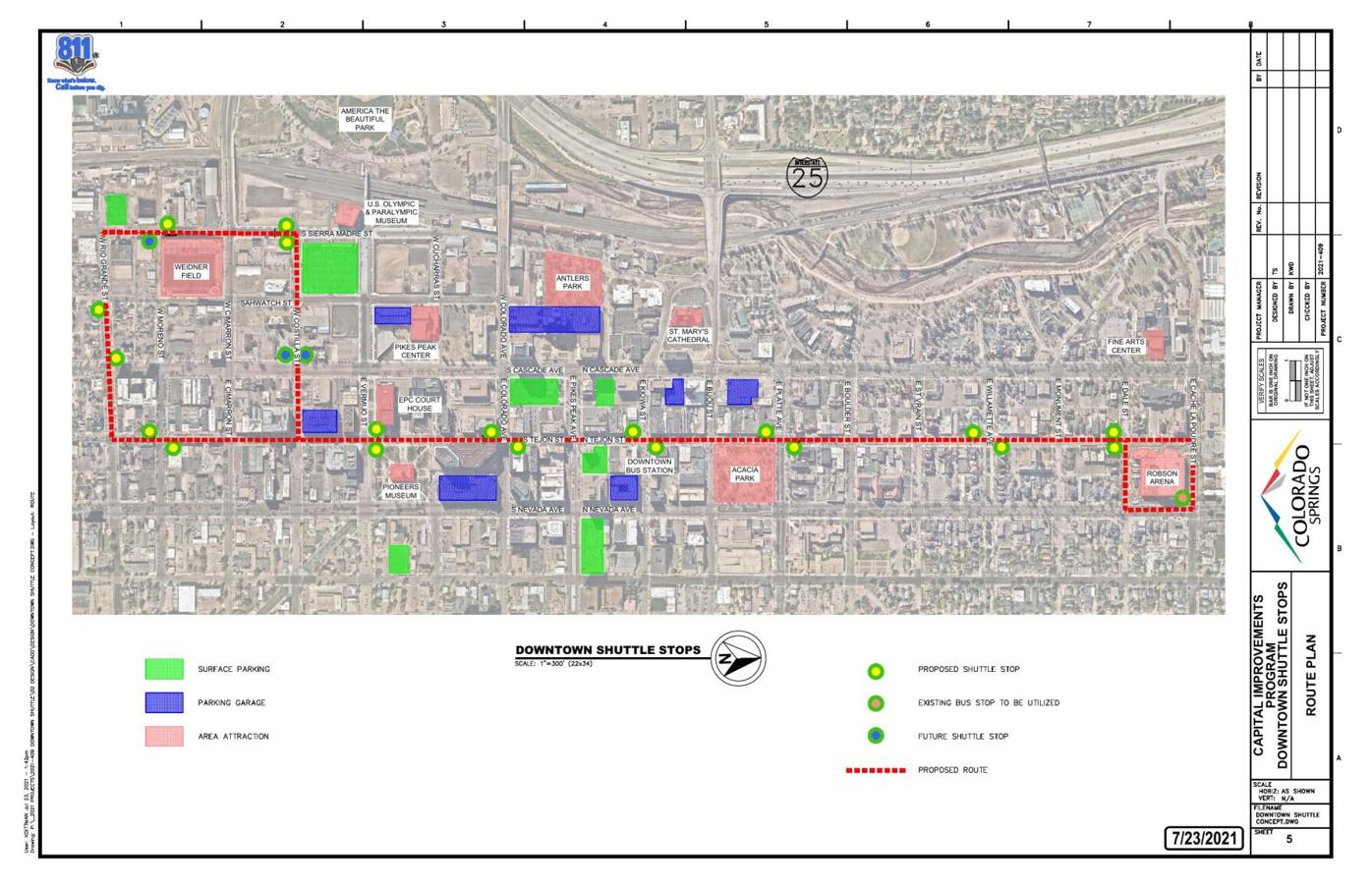 To deter homeless residents from seeking shelter on the free buses, the agency expects to limit riders to one cycle on the buses and will expect drivers to enforce the rule, he said.

Shuttle riders getting off the buses will step directly out onto the sidewalk at new stops that will take the place of parking spots, the city's Urban Planning Manager Ryan Tefertiller told the Urban Renewal Authority board this week. The new stops could make the route more attractive to keep in the future, he said.

Construction of the new stops, which are not expected to have shelters, will cost about $370,000 covered largely by grant funding, Blewitt said.

Colorado Springs cut its downtown shuttle service in 2009 during the recession, as tax revenues were falling. The service saw strong ridership, with 220,000 one-way trips in 2008, the Gazette reported at the time.

"That’s the kind of population that really lends itself to this type of service," he said.