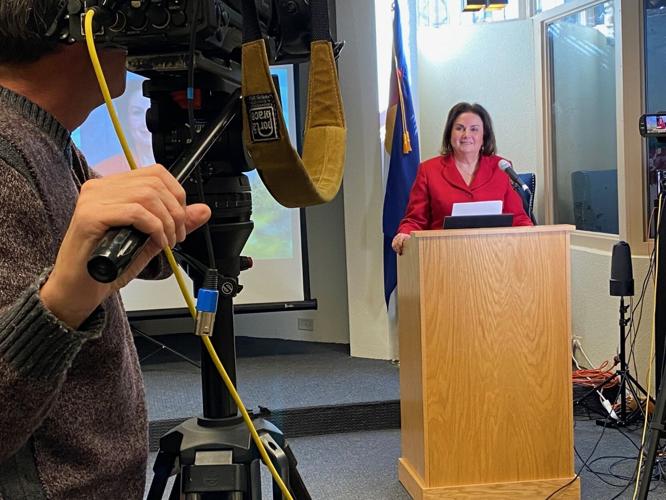 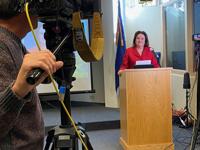 Douglas County Commissioner Lora Thomas called in local press to lay out her case against her fellow county commissioners. She said she has been the target of bullying and intimidation and said"I'm not going away." 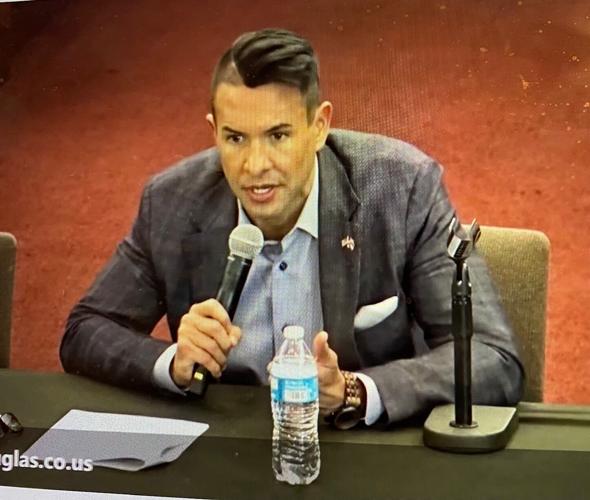 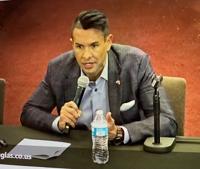 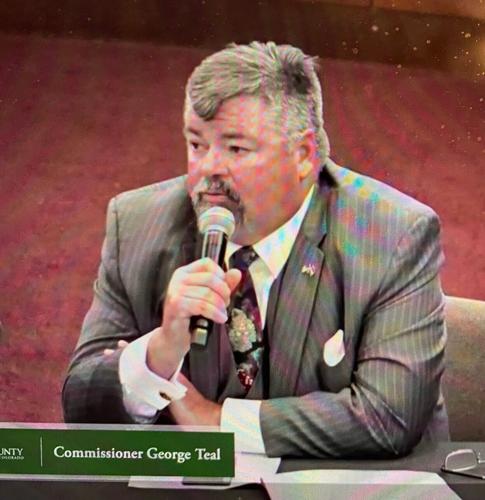 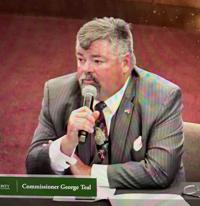 Douglas County Commissioner Lora Thomas called in local press to lay out her case against her fellow county commissioners. She said she has been the target of bullying and intimidation and said"I'm not going away."

Douglas County Commissioner Lora Thomas called on reporters and cameras Wednesday to help tell her side of a story that involves alleged vote-trading, name calling and criminal allegations against her.

She said she was speaking out after 20 months of mistreatment she claims has come at the hands of two other county commissioners on an elected political panel, which, in the past months, has morphed into what many view as a dysfunctional bunch.

Douglas County’s three commissioners are Abe Laydon, George Teal and Thomas, the senior member who is in her sixth year and scheduled to be term-limited in 2025. Laydon has been on the board for nearly four years, while Teal was elected in 2020.

Thomas said she has suffered public and private bullying and intimidation by Teal and Laydon in an attempt to get rid of her.

“I hope that my fellow commissioners, Laydon and Teal, will stop with the nonsense, stop with the petty politics, stop saying things that aren’t true,” she said from a podium at the Independence Institute dressed in a red suit.

Laydon has publicly called Thomas “a cancer” and even “a tumor.”

Last April, Thomas was suspended as chair of the county board. A statement from the county outlined why: "Today, the Board of County Commissioners had to make the unfortunate decision to suspend Lora Thomas as Chair of the Board and call for an investigation into her conduct following receipt of a letter of resignation from a first responder whose information had been shared widely and publicly by Thomas at a large political event, which Lora Thomas circulated for her own political advantage."

Thomas has been the subject of two investigations in the last six months linked to the alleged doxxing of a Douglas County first responder. The first of those investigations was launched by Laydon and Teal.

In that one, she was exonerated of doxing — “for her own political gain,” according to a May 2022 Laydon memo — first responders and employees of the Douglas County Sheriffs Office.

That investigation, which the law firm of Sherman and Howard conducted, cost Douglas County taxpayers $23,000, according to Thomas.

The second query was initiated by Douglas County Sheriff Tony Spurlock this past June and taken over as an independent investigation by the Arapahoe County Sheriff's Office. It accused Thomas of first degree official misconduct and ethical misconduct for leaking information from that doxing report to a local television station.

On Nov. 3, the Arapahoe County Sheriff's Office announced that it did not find probable cause to charge Thomas in the second investigation.

But that conclusion did not sit well with Laydon. In an emailed statement, he called it a “gross misinterpretation of the law” and accused Thomas of “bad behavior.” He did not back down on the initial accusations, reiterating that Thomas first defamed first responders using personal identifying information and then later leaked the document. Laydon also implied that this fight is not over, indicating that he and Teal will take this up later.

In an email, Laydon blamed Thomas, saying her "behavior" triggered the investigation, resulting in "this cost to taxpayers."

The commissioners said he wanted to conduct the review internally — to spare the taxpayers from any cost — but the county's counsel preferred hiring a third party to conduct the probe.

"As board chair, I actually hit the pause button on the public fighting that our citizens are so weary of, and asked that our board redirect our energy toward fostering professionalism and civility, consistent with the expectations of those we serve," Laydon said.

He added: "Lora Thomas is well known as the biggest bully in Douglas County. For her to continue to play victim is laughable and it is unfortunate that her bad behavior continues to distract this board from the important work of the county. Until she makes a decision to be professional and civil, even when she disagrees, she will continue to have the same problems she has had in every work environment she has been a part of."

Teal did not respond to a request for comment from The Denver Gazette.

Douglas County Public Affairs Director Wendy Holmes had no comment about the public squabble — except to say that “this is not a governance matter.”

At Wednesday’s press conference, Thomas was armed with several snippets of County Commissioners meetings, including a June 22 town hall, which drew over 1,800 people both in person and online. The meeting revolved around Laydon’s wish to bring homeless pallet shelters to the county. The room was so packed with people that, in an unusual move, Douglas County staff brought in several security guards to keep watch.

“We usually don’t have security guards, but when we knew this was going to be a contentious meeting, we arranged for guards to be there,” said Thomas, adding that the guards work in their building and were asked to provide security.

At that meeting, Teal commented that Thomas was not ethical. When someone in the audience protested, he added, "Do I need to explain ethical?"

Around 15 minutes after that, a woman in the audience accused Laydon and Teal of shutting out Thomas.

"All three people should have a voice ... it doesn't matter what Lora says," the woman said. Later, she added, “I don’t agree with you, men, and I don’t think you work well together. You two men are on your own plane.”

In response, Laydon said that he is just a regular dad.

"I've never had an enemy in the world, but I have never encountered somebody so divisive and unethical than Lora Thomas," he said, drawing an angry response from the crowd. "Listen, I get it."

The squabbles of the Douglas County Board of Commissioners have not gone lost on residents, some of whom said they just want them to do they job they were elected to do.

“It is venomous and I’m tired of it. I’m a taxpayer,” said Jay Longmire, a real estate developer who showed up at Thomas’ press conference to support her.

Though friends and colleagues have suggested that Thomas is a victim of sexual harassment from her two male colleagues, she said she doesn’t feel she’s been targeted because she’s a woman.

“I don’t want to play that card," she said. "They want to tell me what to do and how to act and that’s not their job,” she said. “I just want them to start governing the county and to stop governing me.”