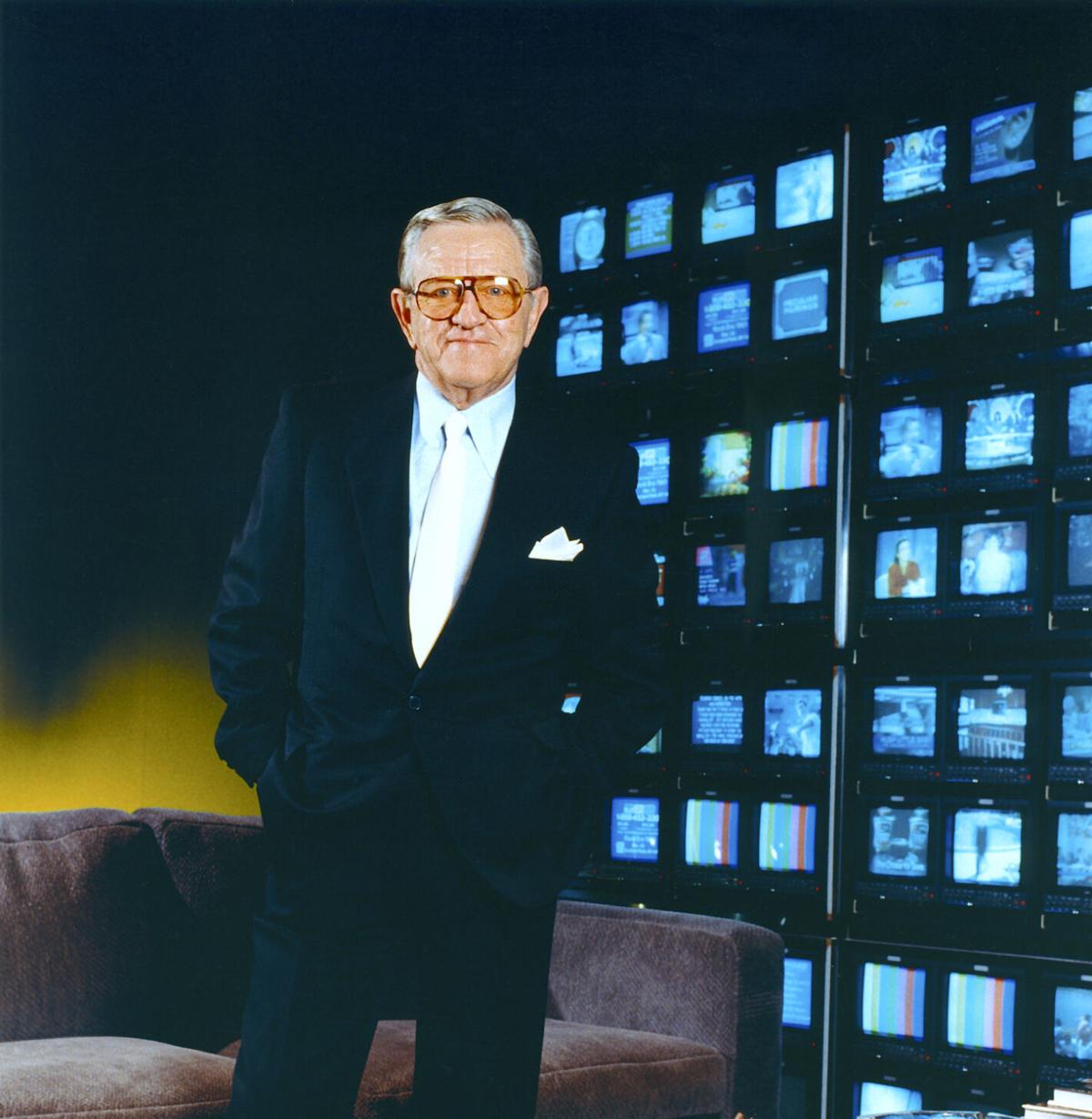 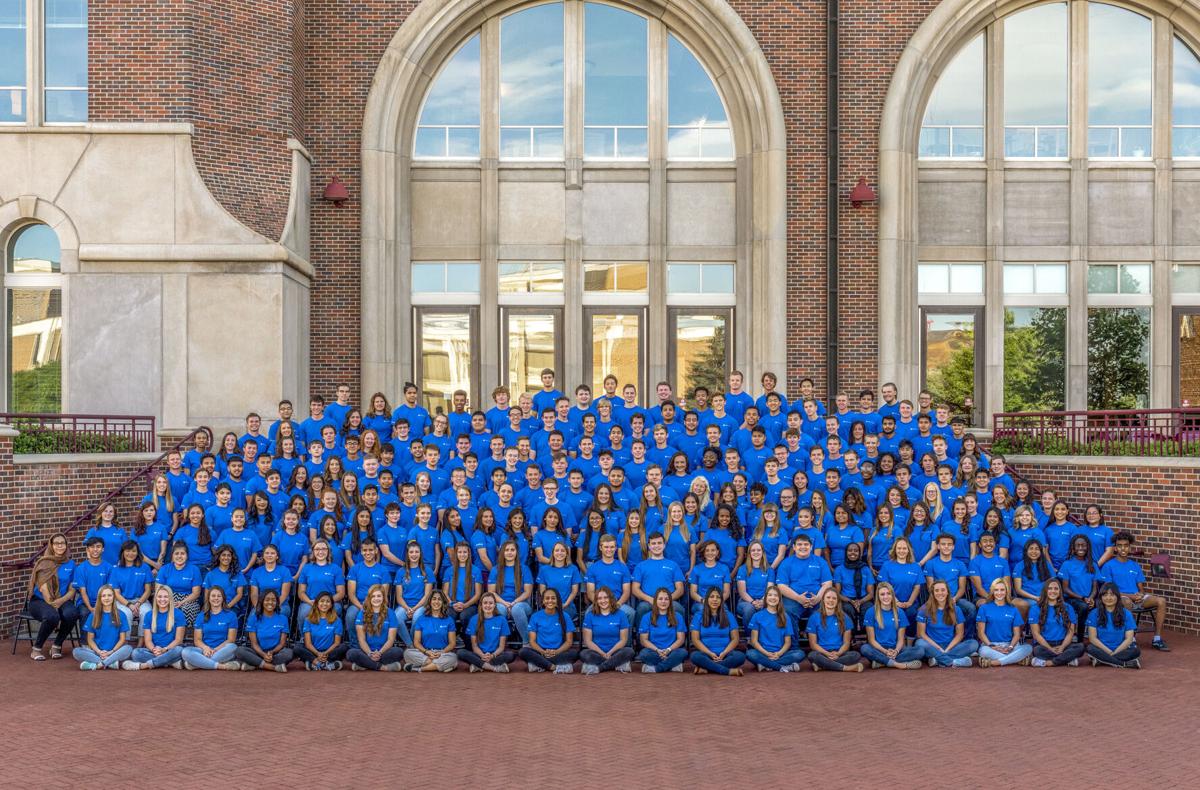 Recipients of the Daniels Fund scholarship in 2019 are gathered in front of the foundation’s headquarters in downtown Denver.

Recipients of the Daniels Fund scholarship in 2019 are gathered in front of the foundation’s headquarters in downtown Denver.

The Daniels Fund will be getting a new CEO and launching a new program promoting civics knowledge as the Denver-based foundation, Colorado's third largest, celebrates its 20th anniversary.

Founded in 2000 shortly after the death of cable television industry pioneer Bill Daniels, the $1.5 billion fund has given nearly $1 billion in scholarships to more than 4,300 college students in Colorado, New Mexico, Utah and Wyoming. It has also given more than 10,000 grants to more than 2,800 nonprofits nationwide, though most of the grants went to groups in those four states where Daniels had personal or business ties.

"Bill Daniels asked me to join the (fund's) board in 1999 while I was serving as chairman of the Republican National Committee. He had been working on this for a while. He died suddenly in March 2000 and we had a little over $1 billion in assets and no staff when we started," said Jim Nicholson, the fund's chairman and the only remaining board member Daniels selected. "Now we have 35 people on staff and we give away $60 million to $70 million a year in scholarships and grants."

The foundation has become well-known for its four-year scholarship program; the scholarships are given to more than 200 students annually in the four states but can be used at any U.S. four-year college or university. Nearly 60% of the scholarship recipients, who are selected after a detailed application process that includes an interview for finalists, are the first in their family to attend college and 57% are racial minorities.

The foundation is now headed by former U.S. Sen. Hank Brown, R-Colo., who took over as interim president and CEO on May 1 following the retirement of longtime CEO Linda Childears. Brown had previously held both titles on a permanent basis from 2002-05. Nicholson said a search committee is about "two thirds" of the way to selecting a permanent replacement, whom the board hopes to have in place by year's end.

The Daniels Fund hopes to launch a nationwide civics education effort and competition next year with the U.S. Chamber of Commerce to promote the "understanding, virtue, responsibility, privilege and opportunity of being an American citizen," Nicholson said. The fund's board envisions an annual competition for middle-school students that begins at the local level and culminates in a national civics "bee" in Washington, D.C., he said.

"We want to foster, nourish and resuscitate the teaching of civics, the love of service to and understanding of our country," said Nicholson, who served as ambassador to the Vatican and secretary of the U.S. Department of Veterans Affairs under President George W. Bush. "We have given a $100,000 grant to the chamber to begin planning and anticipate it becoming a much larger funding area" for the foundation.

The initiative is expected to launch next year with pilot programs in two cities, which could include Denver, and grow over the next several years into a nationwide effort the foundation would support with "millions of dollars" in grants, Nicholson said. The fund is looking at launching the program with the chamber because it has a network of about 3,000 local chambers of commerce that can find local partners for the effort, he said.

Suthers named to Daniels Fund board

The civics program fits with the fund's primary areas of emphasis — youth development — where the Daniels Fund has made grants to 682 nonprofits for $124 million, including more than $51 million in civics education. The foundation also focuses on aging, amateur sports, disabilities, early childhood education, drug and alcohol addition, education reform, homelessness and disadvantaged persons.

"Each area of giving is a reflection of Bill's life," said Steve Schuck, a former Daniels Fund trustee, a developer and founder of the education reform nonprofit Parents Challenge, which has received more than $1 million from the Daniels Fund. "For example, the emphasis on aging is a tribute to his mother, while the focus on amateur sports is a result of him being a Golden Gloves champion and professional sports team owner."

The fund supports drug and alcohol addiction programs because Daniels was a recovering alcoholic and disability programs because one of his sisters was born with developmental disabilities. Schuck said Daniels Fund gives scholarships because Bill Daniels never received a college degree and he wanted to help students who can't get in the Harvard or Wharton business schools but still deserved the chance at a college degree.

Another major program, the Daniels Fund Ethics Initiative, was launched in 2010 to fund ethics education programs at 11 business schools — including those at University of Colorado campuses in Boulder, Colorado Springs and Denver as well as University of Denver. The foundation has pumped more than $20 million into the program, which has since been expanded to elementary, middle and high schools, community colleges, law enforcement and businesses.

Nicholson said Daniels told him that he "always believed a person's integrity was the cornerstone of their success in business and an indispensable part of a relationship built on trust." He said Daniels' integrity was shown by repaying $750,000 to players, season-ticket holders, employees and other creditors of his Utah Jazz professional basketball team in 1980, five years after the team went bankrupt, even though he had no legal obligation to do so.

Daniels was born in 1920 in Greeley and spent his childhood years in and around Omaha, Neb., before his family moved to Hobbs, N.M. He attended the New Mexico Military Institute and became a decorated Navy pilot during World War II, earning the Bronze Star, and also served in the Korean War. Afterward, he opened an insurance agency in Casper, Wyo. On a trip from New Mexico back to Wyoming, he stopped for lunch in Denver and watched a boxing match on television, the first time he saw television.

That prompted a career in the emerging industry of cable television, a way for areas with poor broadcast reception to watch television. He built the first cable system in Casper in 1954. He later shifted to brokering deals in the young industry and eventually owned 31 cable systems in 10 states as well as six cable networks. He also founded Young Americans Bank, the nation's only bank for customers under the age of 22.

"Bill Daniels lived an incredible life," said Colorado Springs Mayor John Suthers, a Daniels fund board member since 2015. "He left his fortune to enable kids to overcome obstacles and secure a college education and to better the lives of people in Colorado, New Mexico, Utah and Wyoming. Twenty years after its formation, the Daniels Fund continues to promote his legacy through its scholarship program and grant making."

Schuck considers Daniels to be the most influential person in his life and a friend who stepped in during the aftermath of the savings and loan crisis to help him avoid bankruptcy and rebuild his real estate company. But he said Daniels didn't confine his generosity to other businessmen or wealthy friends. Instead, he often tried to help those who "fell through the cracks to get an education, find careers and a purpose in life."

Years after Daniels helped him, Schuck asked Daniels how he could ever repay him. "He told me to do the same thing for somebody else."