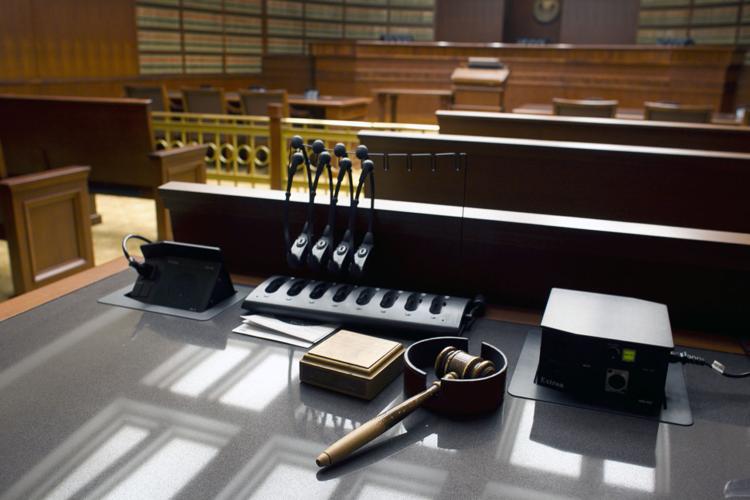 A gavel sits on a desk inside the Court of Appeals at the Ralph L. Carr Colorado Judicial Center in Denver. 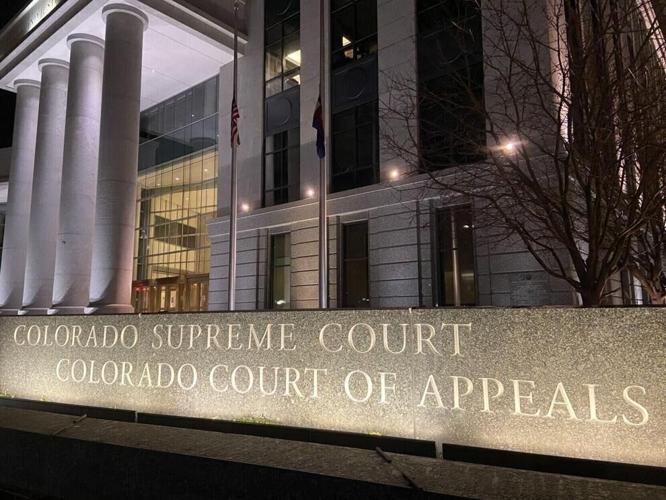 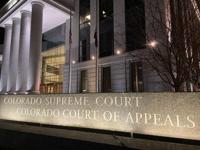 A gavel sits on a desk inside the Court of Appeals at the Ralph L. Carr Colorado Judicial Center in Denver.

The Colorado Supreme Court on Wednesday is scheduled to take public testimony on a new rule that would require the justices to step down from overseeing any discipline case that involves them, their family, current or former colleagues or any co-workers.

Who replaces the justices, however, is at the center of a long-running disagreement between the state’s high court and the independent discipline commission whose job it is to investigate allegations of judicial misconduct.

Proposed Rule 41, as it is called, is part of the Colorado Rules of Judicial Discipline, the code that outlines how the commission does its business.

Until now, the justices were the ultimate arbiter of any commission decision, determining whether any proposed sanction against any of more than 300 judges across Colorado would be made public or dismissed outright.

The proposed rule suggests replacing the justices with a random selection of seven judges from the Court of Appeals, a move some say doesn’t address potential conflicts of interest by those judges, many of whom are in line for appointment to the high court or whose former members are now a sitting justice.

In a letter to the Supreme Court, the discipline commission said allowing the justices to name their replacements is problematic.

“Where grounds for disqualification of the full Court exist, the Court should not be able to exercise other functions that appear to influence or impact the outcome of a pending or impending judicial discipline proceeding,” the commission wrote the court on Dec. 28. “Stated in practical terms, a conflicted Court should not have the ability to choose or control it own legislature, its own investigator, its own prosecutor, and its own adjudicator when one of its current or former members is directly involved in … (a) judicial discipline case.”

The commission has suggested the pool of judges replacing the justices extend to district court judges.

The letter also reveals without detail or explanation that Supreme Court Justice Monica Márquez, who is scheduled to replace current Chief Justice Brian Boatright, has recused herself from the rulemaking process.

Márquez declined to comment when reached by The Gazette.

The proposed rule is a direct result of a judiciary scandal that first broke in July 2019 with revelations of a lucrative contract given to a high-ranking Judicial Department official who faced firing over financial irregularities.

The controversy exploded further in February 2021 when it was alleged the contract was a quid pro quo deal designed to prevent a sex-discrimination lawsuit by the former official who threated to reveal publicly a number of department misdeeds, including several instances of judicial misconduct that were never reported to the discipline commission.

Those misdeeds were laid out in a two-page memo the department refused to release publicly until its existence was revealed in newspaper stories.

Several investigations ensued — two by the Judicial Department that determined there had been misconduct but not by any Supreme Court justice — and the Colorado General Assembly created a special bipartisan committee of legislators who held hearings last summer to consider changes to the discipline process.

Although that committee has made suggestions to the full Legislature, which is expected to take them up in the coming session that begins Monday, the Supreme Court until then maintains the authority to make rules that govern the discipline process.

One of the committee's suggested changes is a constitutional amendment that would create a wholly independent discipline commission whose cases would be heard by a three-person panel made up of a judge, a lawyer and a citizen. Currently, the Supreme Court names a three-judge tribunal that only makes a recommendation for discipline that the court ultimately determines whether to uphold.

Rule 41 takes immediate aim at the requirement for all seven Supreme Court justices to recuse themselves from any discipline matter that touches their membership, a former justice or a matter in which a justice or a family member could be involved, such as a witness or a judge under investigation.

The idea that disciplinary cases could touch any member of the court surfaced with the allegation that then-Supreme Court Chief Justice Nathan “Ben” Coats was responsible for approving the contract to Mindy Masias, the department’s chief of staff, in order to prevent the tell-all lawsuit.

That allegation was made by the department’s state court administrator, its top civilian, to the special legislative committee last summer, a reiteration of what had been revealed in February 2021. The former administrator, Christopher Ryan, said he resigned in order to protect the court from the blast of scrutiny that eventually materialized and that the result of the ensuing inquiries was designed to “protect the robes.”

Coats became the target of at least two investigations, one of them announced by the Office of Attorney Regulation Counsel, which oversees the law licenses of lawyers across the state. Another is being conducted by the discipline commission, according to a person who said they filed the complaint. The commission’s work is by law kept secret.

The discipline commission, in its letter to the Supreme Court, noted that another sitting justice was part of the Masias memo.

“One of the accusations raised in the Masias controversy is that allegations of harassment by a Court of Appeals judge who later became a Colorado Supreme Court justice were suppressed by the Court of Appeals and the Colorado Judicial Department,” the commission wrote.

The commission has not said publicly whether that justice, Richard Gabriel, is under investigation.

“The scandal involves allegations that the state court administrator was in cahoots with the chief justice to buy the silence of an ex-employee who allegedly was blackmailing them with information about judges who should have been disciplined,” Chris Forsyth, the executive director of The Judicial Integrity Project wrote the court on Dec. 28, urging a wholly public discipline process. “Had the information been made public to begin with, there would have been nothing with which to blackmail the administrator or the chief justice. The judicial discipline process should be public to avoid this scenario in the future.”

In his own letter to the court, Sen. Pete Lee, D-Colorado Springs, implored the justices to allow the legislative process to handle any changes to the judicial discipline system.

“The preemptory issuance of a proposed rule with a short deadline for comments short-circuits the process and is not justified,” Lee wrote Dec. 27. “Rather, these important issues should be explored and debated during the deliberative processes of Judiciary Committee hearings where multiple stakeholders can have the opportunity to participate.”

Lee added concerns about the justices naming their own replacements from the Court of Appeals: “Lack of robust conflict rules could undermine public confidence in a judiciary where judges are judging judges and not furthering the goals of transparency and accountability.”

Lee was the prime sponsor of legislation that created the special committee that delved into the discipline process. He chaired the committee until he stepped down when criminal charges challenging his residency were filed in El Paso County.

Those charges were dropped when it was determined key evidence provided by the Office of Attorney Regulation Counsel was flawed.

The high court is required to take public testimony about any new rule. The hearing is scheduled for 3 p.m. Wednesday at the Supreme Court in downtown Denver.

Allowing judges from the Colorado Court of Appeals to stand in sole judgment over a Supreme Court justice accused of misconduct would be fraught with the appearance of impropriety and potential conflicts of interest.