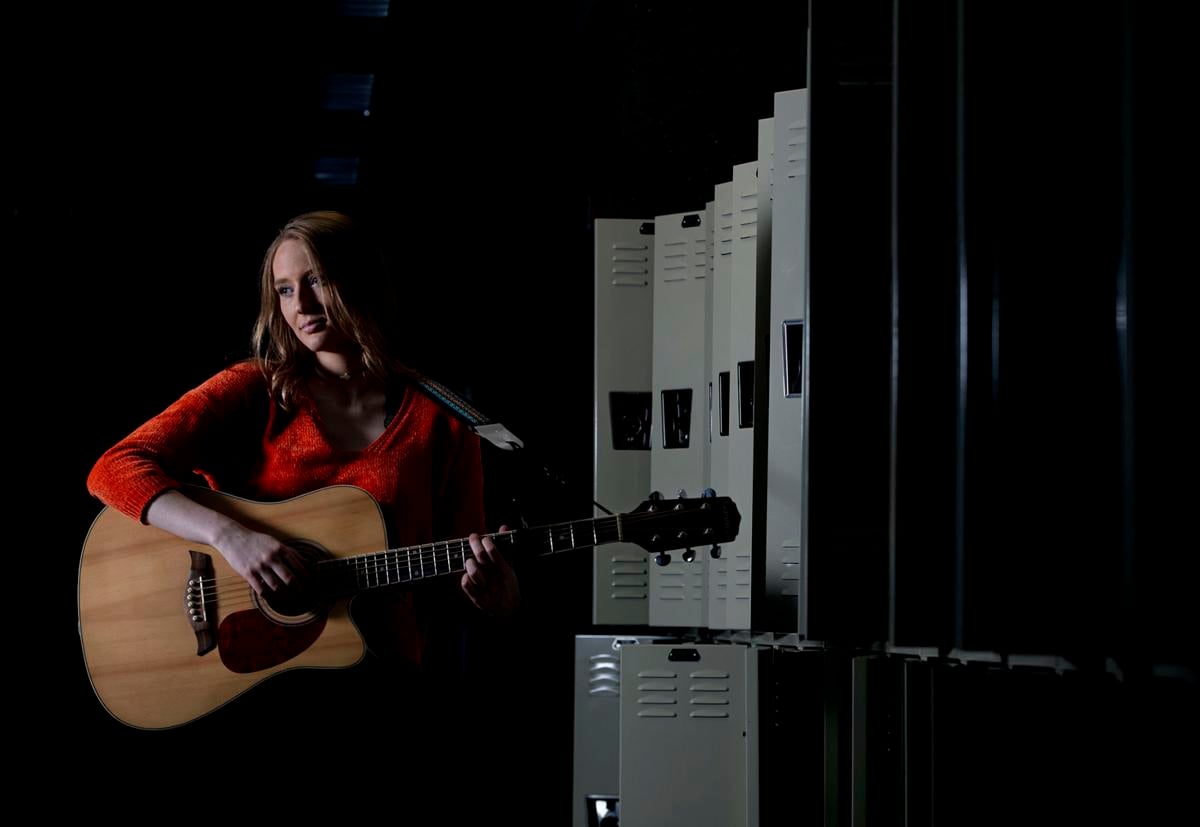 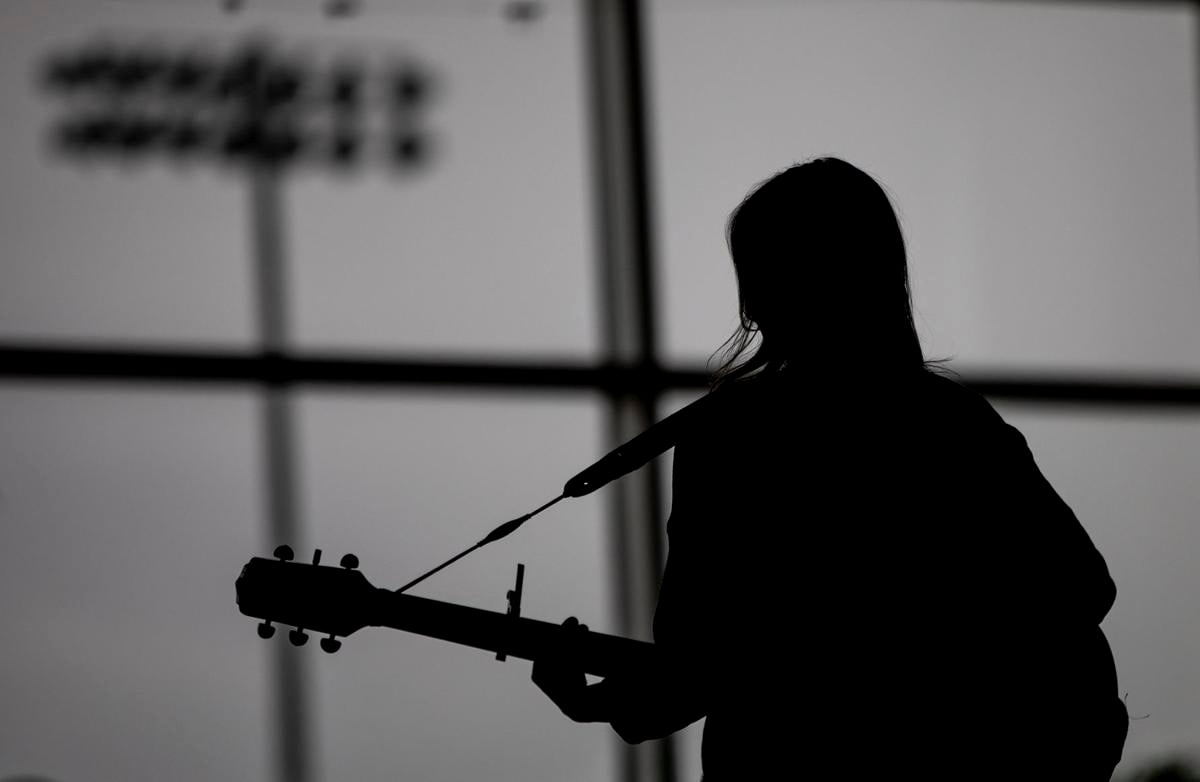 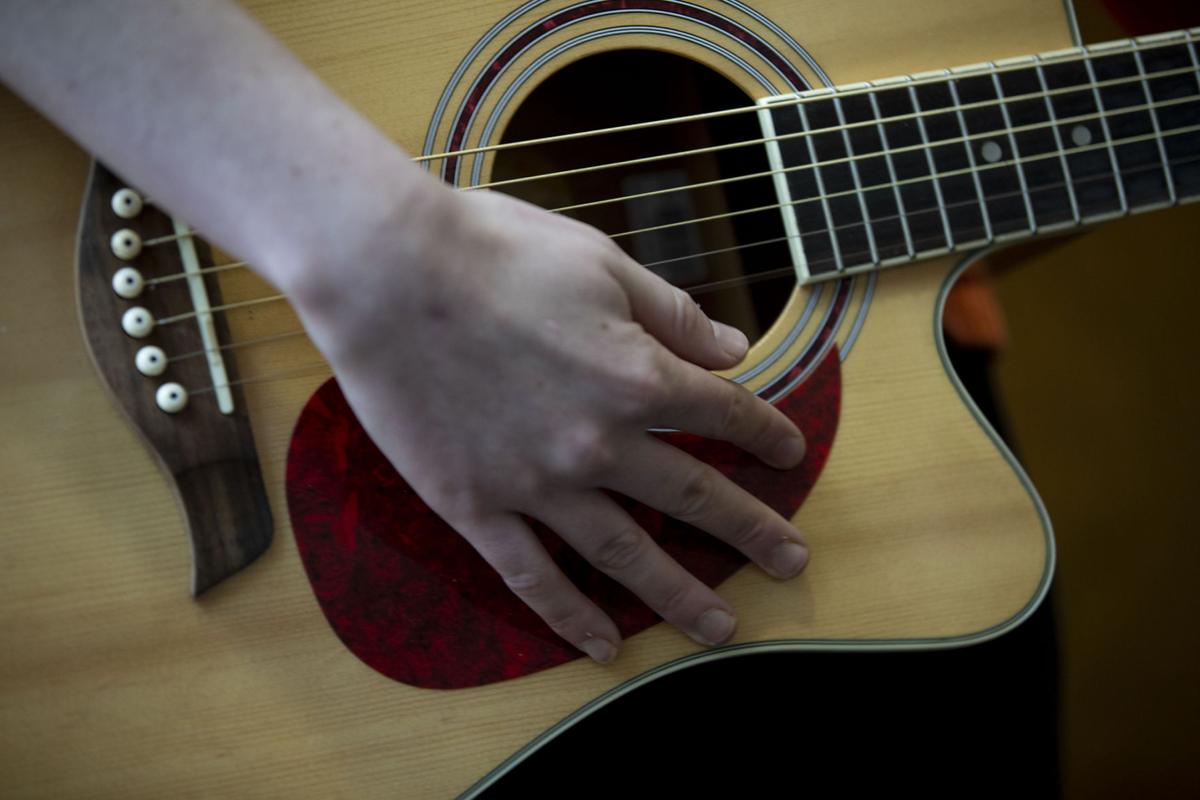 It’s not like Aimee Bray to feel down. But on what would’ve — no, should’ve —been prom night, she sat at home playing Yahtzee with her family instead of dancing in a fancy dress with her friends.

That’s when everything hit for the high school senior, who like others across Colorado Springs and the country, felt like she was missing out on the final weeks, and biggest moments, of the best year of her life.

On that April evening, Aimee turned to her guitar, like she did so many times during her four years at Lewis-Palmer. She wrote her first song — called “Falling Asleep with a Broken Heart” — as a freshman, strumming on a pink guitar her mom found at a garage sale.

Something from every response went onto a note in her iPhone. Aimee pieced the song together while sitting on a couch in her living room. Her mother, Leslee, sat across from her and served as a sounding board.

The touching song, called “Dear High School,” soon told the wide-ranging, and specific, story of what it’s like to have your final school year cut short because of the coronavirus pandemic. The feelings are all over the place, like the lyrics say: “Goodbyes are never easy and that’s OK, I won’t let it take away from all the happy and the sad and all the between.”

It’s relatable for students, sure. And beyond.

Lewis-Palmer principal Bridget O’Connor is one of those who shed a tear or two. After Aimee sent her the song — and the accompanying music video full of photos of students — O’Connor sat on her front porch and wept. She still can’t listen to it without crying.

She asked Aimee to sing “Dear High School” live at the student-only graduation ceremony June 12 at UCHealth Park. O’Connor says Aimee’s performance will be late in the ceremony, which will be livestreamed, because of, you know, all of the crying the song provokes.

When the principal hears it now, she has most of the words memorized. She hangs onto each verse, each good or bad thing her students were feeling.

“They’re resilient,” she added. “This class in particular at (Lewis-Palmer) is really connected. The fact that they’re still connected and banding together and doing things like this... it gives you hope for the future.”

It reminds her of the story behind her daughter’s name. She and her husband originally planned to name their baby girl Chloe. But after she was born on Sept. 11, 2001, Leslee thought the world needed more love. So they decided to name her after the French word for love. It has proved fitting for the young woman, who loves to write love songs in the vein of Taylor Swift or Gnash, whose most-know hit is called “I hate u, I love u.”

“But that doesn’t mean they’re not worth getting to know.”

To Lily Griesan's friends and classmates at Coronado High School, from which she graduated virtually last week and will be on stage during a modified in-person ceremony on June 25, she displays a “fun” and “funny” personality, as her mom describes.