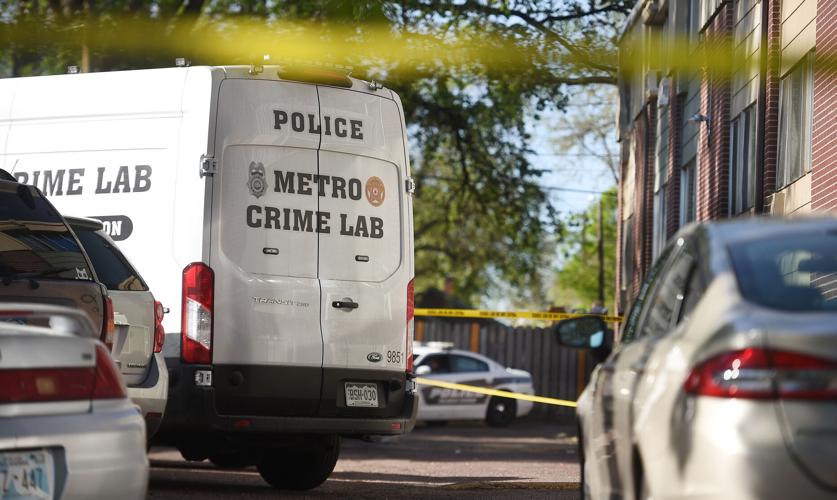 The scene of a murder investigation was still under investigation at an apartment complex at Arvada and Nevada Ave. on Saturday morning, May 14, 2022. (Photo by Jerilee Bennett, The Gazette) 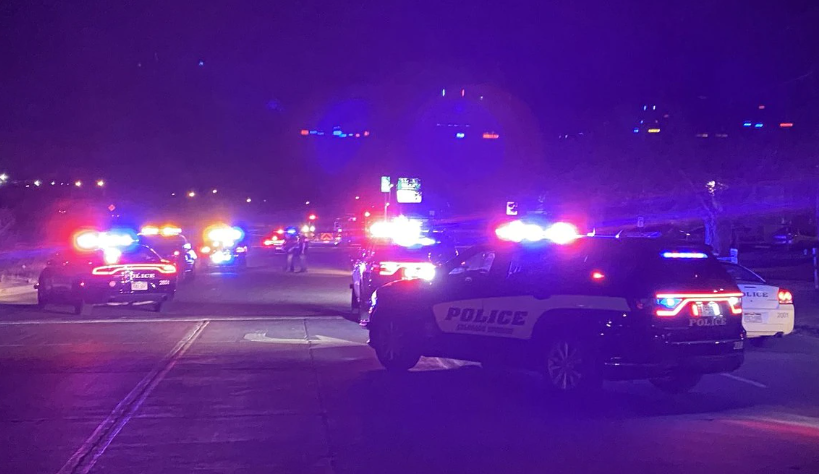 The scene of a murder investigation was still under investigation at an apartment complex at Arvada and Nevada Ave. on Saturday morning, May 14, 2022. (Photo by Jerilee Bennett, The Gazette)

A major crash that closed Interstate 25 in Colorado Springs on Friday night was preceded by a homicide, officers firing shots and a stolen police cruiser.

A man approached another person in a parking lot in the 200 block of East Arvada Street and asked for a ride, according to a report by Colorado Springs police. When the person refused, the man allegedly grabbed them and brandished a knife. The person was able to pull away and subsequently called 911.

While officers were en route, the man allegedly went into an apartment, where a homicide occurred. Police have not yet released details concerning the killing.

One of the responding officers was confronted by the man, who had since left the apartment, according to the report. The man reportedly assaulted the officer, who fired their duty weapon at the suspect.

The suspect was able to get into the officer's marked police cruiser, the report said, and raced down Arvada Street before getting onto southbound I-25.

Other Colorado Springs officers joined the pursuit, during which the suspect crashed into multiple vehicles, according to the report. The stolen cruiser became disabled on I-25 north of the South Academy Boulevard exit.

At that point, officers were able to place the suspect in custody and he was transported to a local hospital, the report said.

The El Paso County Sheriff's Office announced that it would be the lead investigative agency in the officer-involved shooting, per statute. Colorado Springs police will continue to investigate the homicide and the crash.

The Gazette's Hugh Johnson, Lisa Walton and Doug Fitzgerald all contributed to this report

One taken to hospital in auto pedestrian accident Wednesday night

The latest updates on fires in the Pikes Peak region and elsewhere in Colorado: