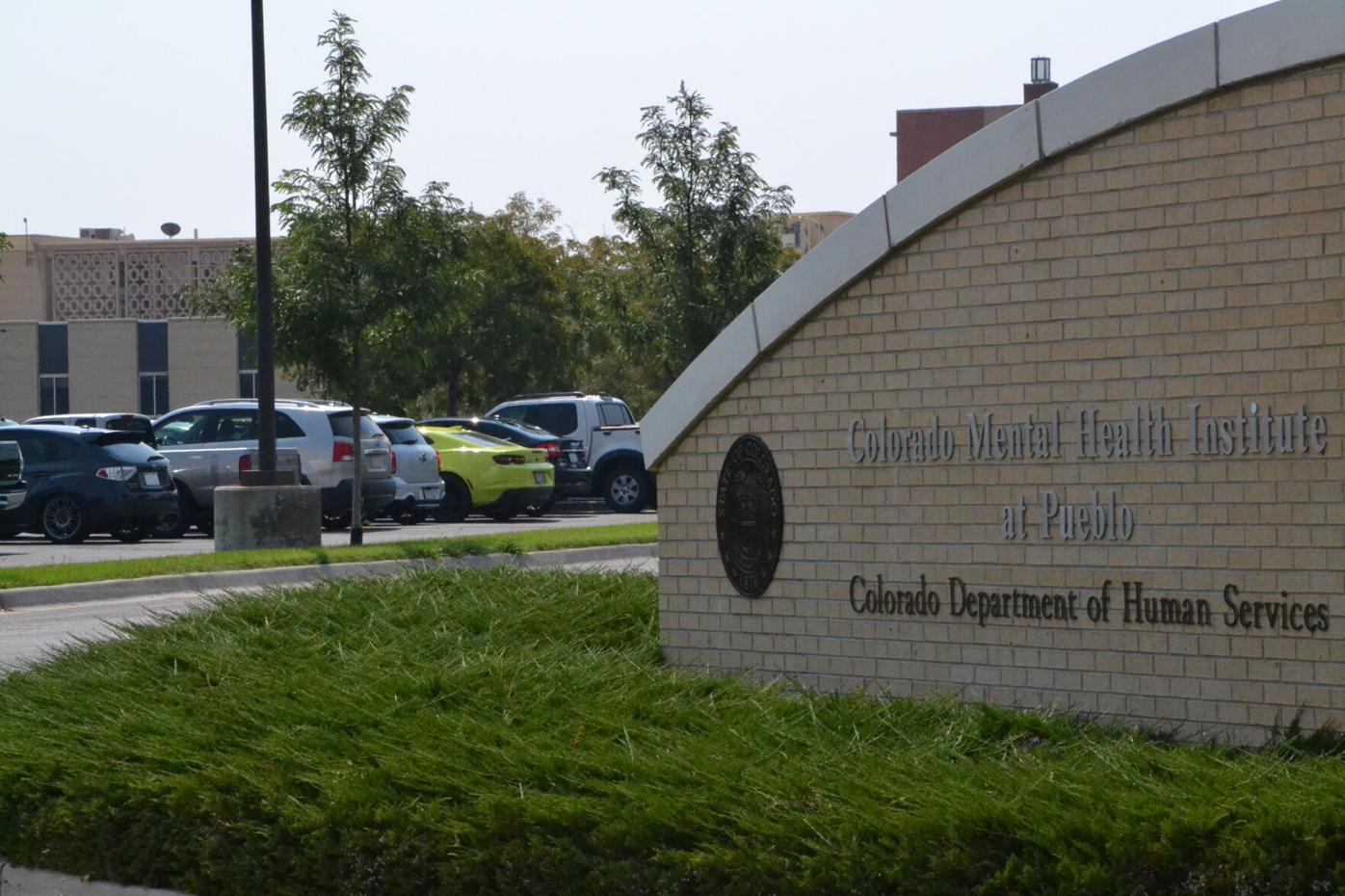 The main entrance to the Colorado Mental Health Institute in Pueblo.

The Joint Commission, the nation’s oldest and largest standards-setting and accrediting body in health care, last month notified Jill Marshall, the chief executive officer of the Colorado Mental Health Institute, of the re-accreditation, effective as of Sept. 18.

Regulators with the Colorado Department of Public Health and Environment in November also found new suicide mitigation measures at the hospital sufficient to reverse their recommendation that the facility be barred from billing Medicaid and Medicare for services.

In late September, the legislature allocated $4.1 million in emergency suicide mitigation funds to bring the facility into compliance with federal standards. The money will pay for new surveillance cameras, upgrades in patients' rooms to address suicide risks, and other measures. Gov. Jared Polis is also requesting an additional $5 million from the legislature to make additional improvements to the facility.

The state regulators previously had recommended kicking the facility in Pueblo out of the Medicare and Medicaid program after they found ongoing risk to patients there following a survey conducted in the wake of the July 27 suicide attempt of a patient, 20-year-old Kersey resident Chase Falk.

State regulators in that survey determined hospital staff failed to protect Falk from harm and violated requirements for safety checks of patients and their rooms the day of the suicide attempt. The emergency suicide mitigation money includes $250,000 to improve a deficient system for tracking problems and incidents at the facility and to prevent such lapses from reoccurring.

The state health department regulators found the suicide mitigation measures now underway were sufficient to ease their concerns following an unannounced revisit survey of the hospital in November.

The re-accreditation and move to allow the hospital to continue billing Medicare and Medicaid services comes as the state continues to struggle to reduce a backlog of nearly 350 criminal defendants awaiting inpatient competency services. In addition, Robert Werthwein, the director of the state's Office of Behavioral Health since Sept. 2017, will resign at the end of February next year, he announced in an email on Tuesday. To help ease the backlog of defendants awaiting behavioral health services, Polis also is seeking an additional $10 million from the legislature for the budget cycle that begins in June to hire about 78 employees to operate 44 new psychiatric beds at the other psychiatric hospital in the state, the Colorado Mental Health Institute at Fort Logan. The costs for bolstering services at the Fort Logan facility would rise to $12.4 million for a total of about 104 employees for the fiscal year set to begin in June 2023.

The backlog of criminal defendants seeking admission for inpatient psychiatric care continues to complicate the state's efforts to meet the obligations contained in a federal consent decree that found the state violated due process in the evaluation and treatment of mentally ill criminal defendants struggling with psychosis.

Not complying with the terms of the consent decree will cost the state at least $17 million in fines since March 2019. Even if Polis succeeds in convincing the legislature to appropriate the additional money to bolster services and create additional bed space, the state likely will pay another $10 million in fines and consent decree costs in the fiscal year set to begin in June, according to a budget analysis by the staff of the Joint Budget Committee. The state will also expand psychiatric services by applying some of the fines it has paid and federal aid to contract for 74 additional psychiatric beds that would be supplied by private providers.

The re-accreditation of the Colorado Mental Health Institute in Pueblo was praised by state officials who oversee the facility.

“I am proud that CMHIP continues to earn this esteemed designation from the Joint Commission,” said Michelle Barnes, executive director of the Colorado Department of Human Services, which oversees the hospital, in a prepared release. “We are constantly striving to improve safety and treatment practices so all patients under our care can heal and thrive.”

The Joint Commission in a Sept. 17 quality survey found the Colorado Mental Health Institute at Pueblo lagged its peers in the nation on several national quality improvements goals. The survey reviewed hospital data for January 2020 through December 2020.

The facility performed poorly compared to other psychiatric hospitals in the nation on screening patients for violence risk to self and others, substance and alcohol use, psychological trauma history and patient strengths. Only 66% of 388 eligible patients received such screenings at the hospital, the survey found. In comparison, on average, 96% of patients at other psychiatric hospitals in the nation received such screening during the survey period.

The Pueblo facility did a slightly better job on screening adolescent patients for such issues, but still was far below the average rate of adolescent screenings at psychiatric hospitals in the nation, the Joint Commission found.

Robert Werthwein to step down from state Office of Behavioral Health

The hospital in Pueblo is also below the average rate in the nation when it comes to ensuring patients are receiving appropriate justification for two or more medications when they are discharged, and this was particularly so for patients ages 18 to 64. Patients at the Pueblo facility also were roughly three times as likely to be placed in seclusion under solitary confinement than was the average rate for psychiatric hospitals nationally.

The survey found the Colorado Mental Health Institute had put in place safety goals to improve the following: accuracy of patient identification, communication among caregivers, safety of medication usage and overall protocols. In addition, the hospital in Pueblo had installed measures to reduce the risk of health care-associated infections and harm associated with clinical alarm systems, according to the survey. The surveyors also noted the facility in Pueblo was identifying individuals at risk for suicide.

As the number of online beds and employees working at the Colorado Mental Health Institute at Pueblo continue on a downward trajectory, triage…