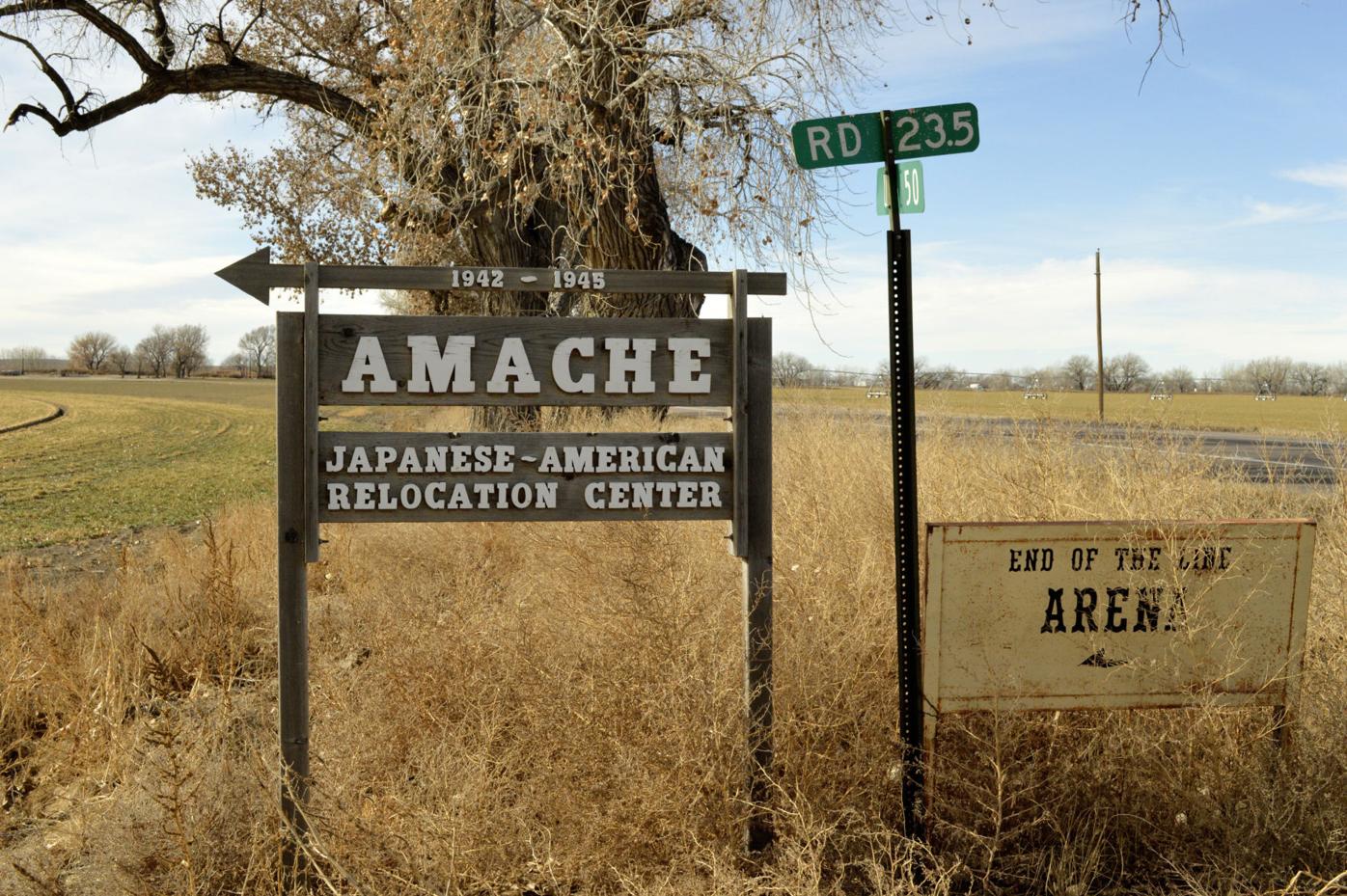 Camp Amache, the site of a former WWII-era Japanese-American internment camp in Granada. 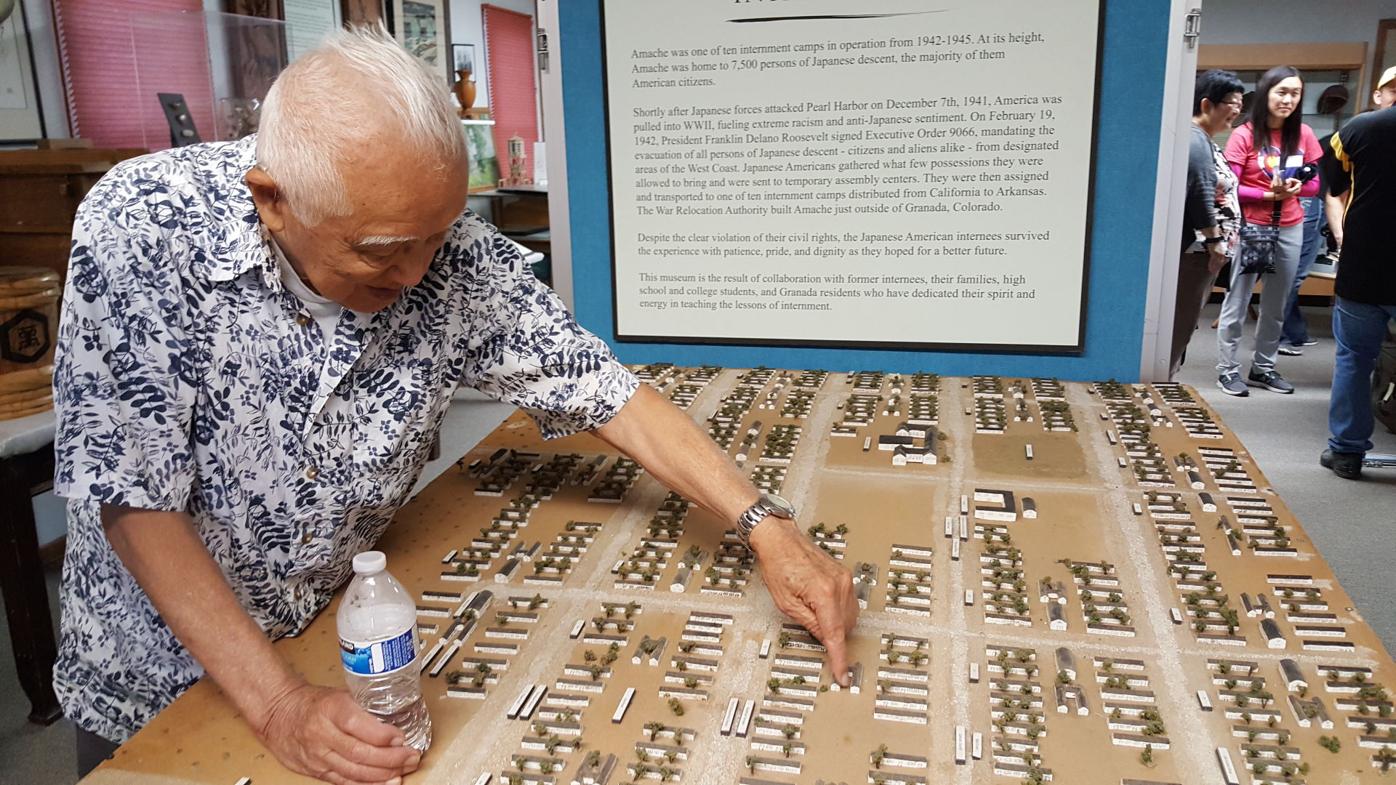 Bob Fuchigami examines a diagram of the Amache Internment Center and points to the barrack where he lived during World War II. (Photo by David Ramsey)

Camp Amache, the site of a former WWII-era Japanese-American internment camp in Granada.

Bob Fuchigami examines a diagram of the Amache Internment Center and points to the barrack where he lived during World War II. (Photo by David Ramsey)

Camp Amache, a Japanese American incarceration camp that imprisoned over 7,000 in southeast Colorado, took one step closer to becoming a national park Thursday.

The Amache National Historic Site Act, a bipartisan effort to preserve and learn from the legacy of the notorious incarceration camp, was overwhelmingly passed by the U.S. House of Representatives on Thursday. The bill will now go on to the Senate, where its sponsors hope for swift passage.

The bill was led by Colorado's Reps. Joe Neguse and Ken Buck, who introduced the bill three months ago.

"Our nation is better today because of the lessons we have learned from our past," Buck said. "The Amache National Historic Site Act is important because it recognizes the horrible injustices committed against Japanese Americans and preserves the site for people throughout Colorado and the United States."

"The landscapes, cultural places and stories we choose to protect reflect our values as a nation. And the story of Amache is an important one," Neguse said. "Designation of Amache as a national historic site will help us to honor and preserve the stories of many survivors who lived through this dark moment in our nation’s history, and provide education and healing for future generations."

The House’s passage of the bill was commended by Colorado Sens. Michael Bennet and John Hickenlooper, who introduced a similar bill to the U.S. House of Representatives a week after Neguse and Buck.

Will we learn from our sins at Amache, where Japanese-Americans were unjustly imprisoned? | David Ramsey

"We’re one step closer to making Amache a National Historic Site," Hickenlooper said. "Preserving Amache is about what we choose to remember and what we commit ourselves to prevent. The ball is now in the Senate’s court."

A product of one of the largest forced imprisonments in the history of the United States, the Granada Relocation Center, also known as Camp Amache, was once one of the 10 remote prison camps 120,000 Japanese Americans were sent to by a President Franklin D. Roosevelt executive order after the bombing of Pearl Harbor. During the time of its operation, at least 7,000 people were imprisoned in Amache, and over 10,000 spent time there at some point.

Amache also had the most Japanese Americans volunteer to enlist in the military.

Gov. Jared Polis has been among those that have voiced support for the incarceration site to be entered into the National Park system. In May, Polis sent a letter to the National Park Service asking for their support in turning the site into a national park, which he said would present an important opportunity to better the state and the country.

"The Amache site as a National Park unit highlights the injustices of the internment of Japanese Americans, one of our nation’s darkest chapters," Polis said about the House’s passage of the Amache National Historic Site Act. "Colorado is home to world-class national parks and adding the Amache site honors those values and our history."

But passage of the bill means most to those most impacted by Camp Amache — namely, its survivors.

"Today’s passage of the Amache National Historic Site Act in the U.S. House of Representatives brings me hope, and I thank Congressman Neguse and Congressman Buck," said Amache survivor Bob Fuchigami. "I now urge the Senate to pass this bill. The time is not only right, it is long overdue."

A bipartisan bill to add a former Japanese American internment camp in Prowers County to the National Park System moved a step closer to passing Wednesday when U.S. Sen. John Hickenlooper and experts on historic preservation testified in support of the designation at a Senate committee hearing.