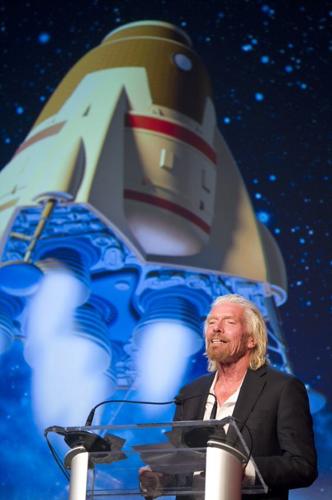 Richard Branson accepts the Space Achievement Award from the Space Foundation during the 2019 Space Symposium. 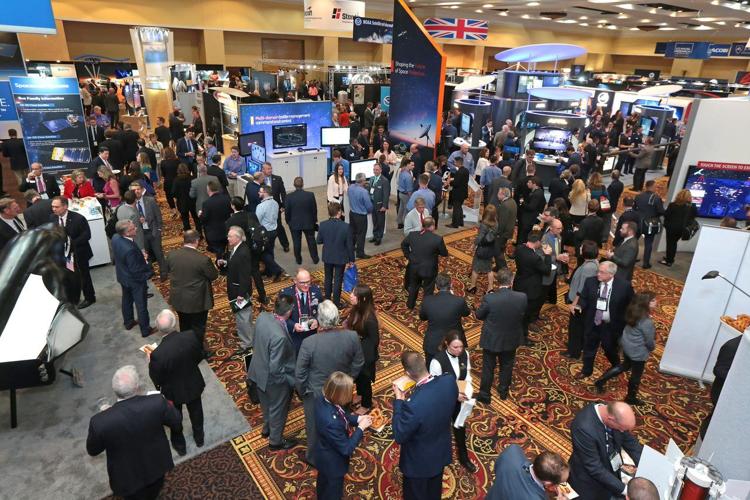 Participants in the 2019 Space Symposium visit exhibits in Broadmoor Hall. 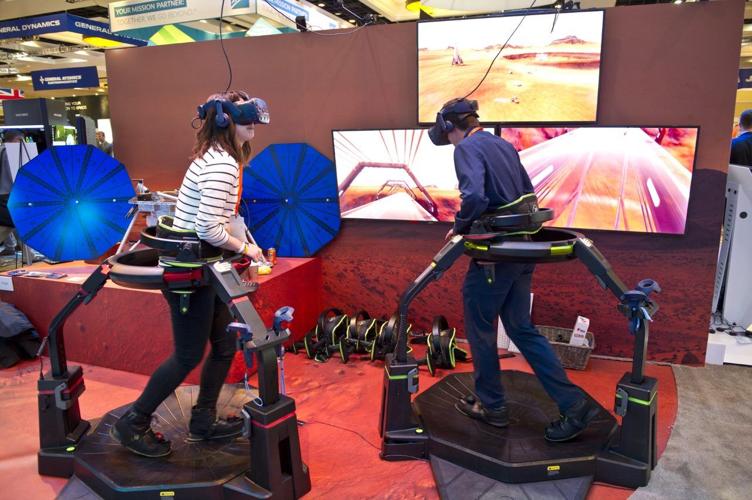 Space Symposium participants go for virtual walk on Mars at one of the exhibits at the 2019 event.

Richard Branson accepts the Space Achievement Award from the Space Foundation during the 2019 Space Symposium.

Participants in the 2019 Space Symposium visit exhibits in Broadmoor Hall.

Space Symposium participants go for virtual walk on Mars at one of the exhibits at the 2019 event.

The Space Symposium, the largest annual convention held in Colorado Springs, returns to The Broadmoor Aug. 23-26, but this year's event will be far different than the previous 35.

The world's largest space show usually attracts 14,000 participants to the 2,500-acre resort for four days and pumps at least $30 million into the local economy by filling hotels, restaurants, tourist attractions and other businesses. But the COVID-19 pandemic forced the Colorado Springs-based Space Foundation to postpone last year's event until October 2020 and then rescheduled again for this month.

2021 Space Symposium in Colorado Springs will be hybrid event

The symposium this year is expected to attract 7,000-8,000 participants with another 1,000 expected to take part through the Space Foundation's Symposium 365 digital platform. The foundation has set a 75% capacity limit for any meeting or its expo, limiting attendance to 900 at the symposium's main sessions in the Broadmoor International Hall and the number of exhibits in the new Bartolin Hall to about 250; all participants will be required to wear face masks while indoors.

"We are following masking and social distancing guidelines and have set lower capacity limits in all venues to provide a safe and successful Symposium environment," said Thomas Dorame, a Space Foundation senior vice president who oversees both the in-person and online event as well as the foundation's Space Report publication. "We are proud to convene all three parts of the space ecosystem — military, civilian and commercial — at this event. It is very powerful to bring this community together."

Attendance at this year's symposium will be lower than previous events for two reasons — the symposium is sharing The Broadmoor with two other groups (normally the symposium is the only group in the resort) and international participants may not be able to attend in person due to pandemic-related travel restrictions and some are getting cold feet amid the rapid worldwide spread of the COVID-19 delta variant.

"The Broadmoor has been a fabulous partner by finding an open spot when we needed to reschedule the Symposium and showcase the global space ecosystem," Dorame said.

Those who chose to participate online will pay less than a third of the in-person registration fee and will be able to watch a livestream broadcast of all sessions, one-on-one interviews with speakers who will answer questions from online participants, take part in virtual mentor moments to meet and network in online meeting rooms, a daily broadcast of symposium highlights featuring some media members and archived content from previous Symposium 365 broadcasts.

The foundation has produced 34 virtual programs broadcast on its Symposium 365 platform, which attracted 2,000 participants for speakers that included the Air Force secretary and NASA administrator, which were offered at no cost and up to 300 once the foundation began charging a registration fee in October. The foundation launched the virtual platform after the symposium was delayed a second time to "reach our audience year around instead once a year for a week," Dorame said.

Despite alarm about the spread of the delta variant, leaders of space agencies in Canada and Europe plan to participate in a panel discussion on international space developments.

The symposium also marks the public debut of The Broadmoor's Bartolin Hall, a nearly 171,000-square-foot exhibit hall built to accommodate the event that replaces temporary facilities used for the past several years. The resort had completed the facility shortly before the foundation was forced to postpone last year's symposium as Colorado and other states imposed stay-at-home orders to slow the spread of the pandemic. The new hall allowed the symposium to provide wider aisles between exhibits for social distancing while increasing the number of booths by about 50.

"We have been about to do what the space industry always does — overcome challenges," Dorame said. "We had to delay one of our key events by 18 months and had to pivot to digital programs during the pandemic. The Space Foundation, like many companies, was significantly impacted by the pandemic — we were forced to do both furloughs and layoffs — but we are excited to get to this point."

A smaller symposium still will be the largest convention held in Colorado Springs this year, according to Doug Price, CEO of Visit Colorado Springs. Conventions and meetings have slowly started to resume locally with hundreds of such events scheduled for the rest of this year and early next year, he said. Price said he has "high hopes" for next year's symposium, scheduled for April 4-7 that is expected to draw its traditional crowd of more than 14,000 participants.