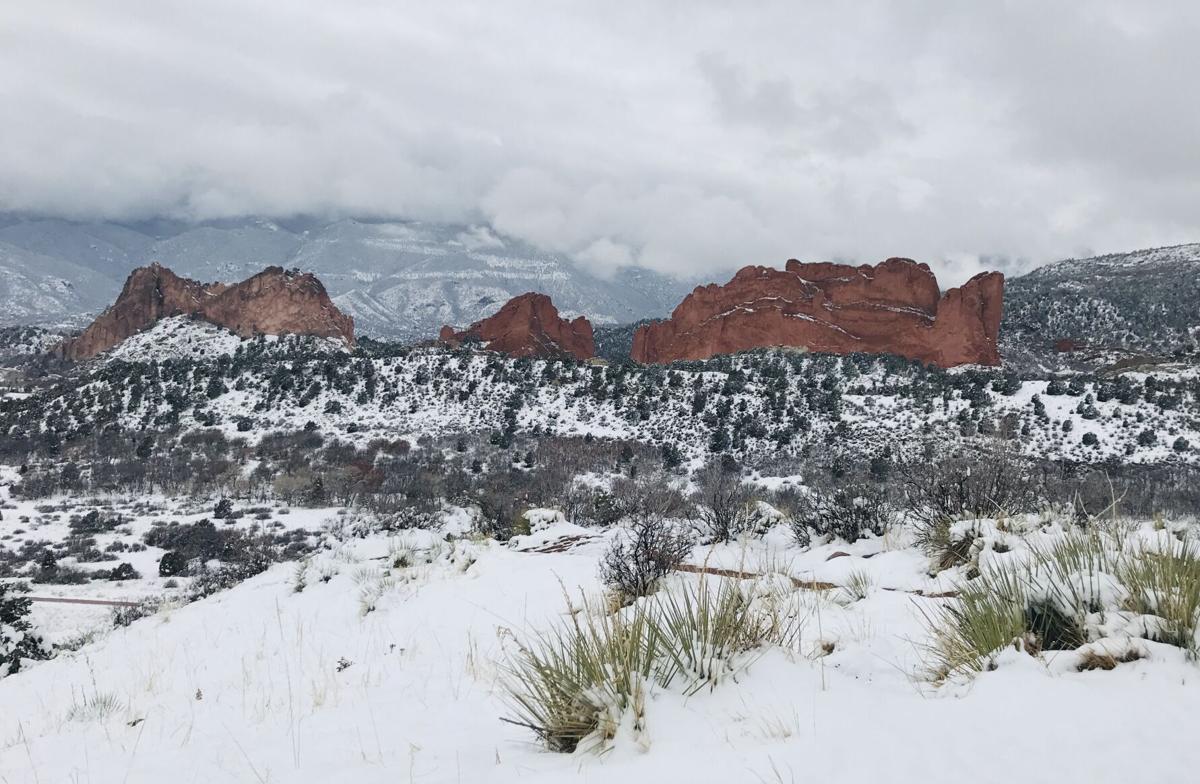 Garden of the Gods. 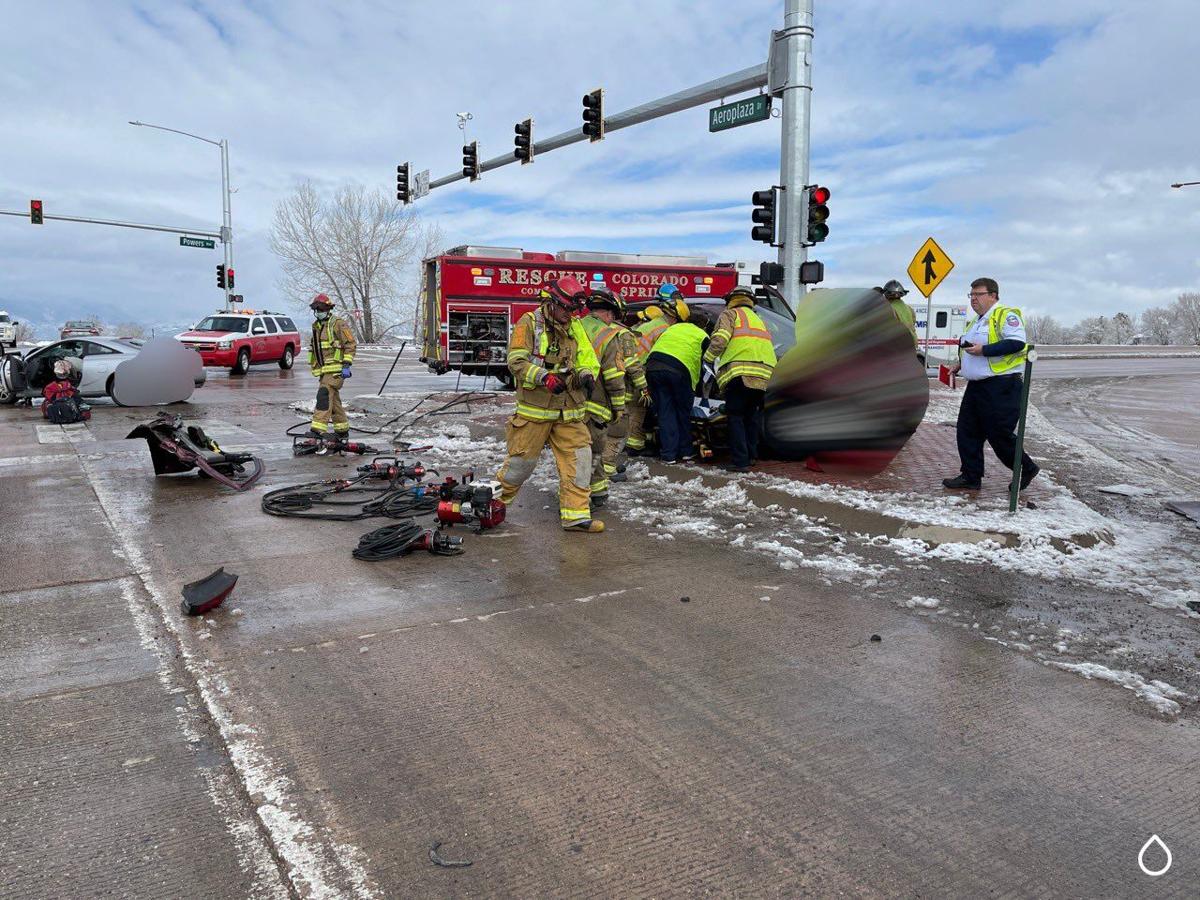 Firefighters on the scene of a crash at Powers and Aeroplaza Friday morning. Photo courtesy Colorado Springs Fire Department.

The Colorado Springs Fire Department is working to extricate a trapped person after a crash at Aeroplaze and Powers. Motorists are advised to avoid the area.

A crash on northbound I-25 at mile marker 153 (Interquest Parkway area) is blocking the left and center lanes.

A disable vehicle on southbound I-25 at Cimarron has been moved to the shoulder. All lanes are now open.

Colorado Springs police warn that I-25 is extremely icy throughout the city. "Drivers should use slower speeds and expect delays on the interstate," CSPD tweeted.

A pair of crashes on northbound I-25 slowed traffic Friday morning. One was at Circle Drive/Lake Avenue. The other was at Rockrimmon. Both have since been cleared from the roadway.

Friday a 40% chance of snow is expected to linger in the Pikes Peak region with mostly cloudy skies, the agency said

Temperatures are expected to reach a high of 39 degrees with winds around 10 to 15 mph, the weather service said.

Overnight chances of snow drop to 30% before 3 a.m. and again after 4 a.m. Skies will likely be mostly cloudy with a low of 24 degrees and winds between 5 and 10 mph, the agency said.

Saturday's forecast shows signs of snow with more early next week. Sunday will bring a bit of reprieve and is expected to remain dry and sunny, the weather service said.

Here's the rest of this week's forecast from the National Weather Service.

Sunday: Sunny, with a high near 54 degrees and winds around 5 mph.

Monday: Increasing clouds, with a high near 47 degrees and winds around 10 mph.  A chance of rain showers between noon and 3 p.m., then a chance of snow showers after 3 p.m. Chance of precipitation is 50%.

Tuesday: Partly sunny, with a high near 45 degrees and winds between5 to 10 mph. A 30% chance of snow showers, mainly before noon.