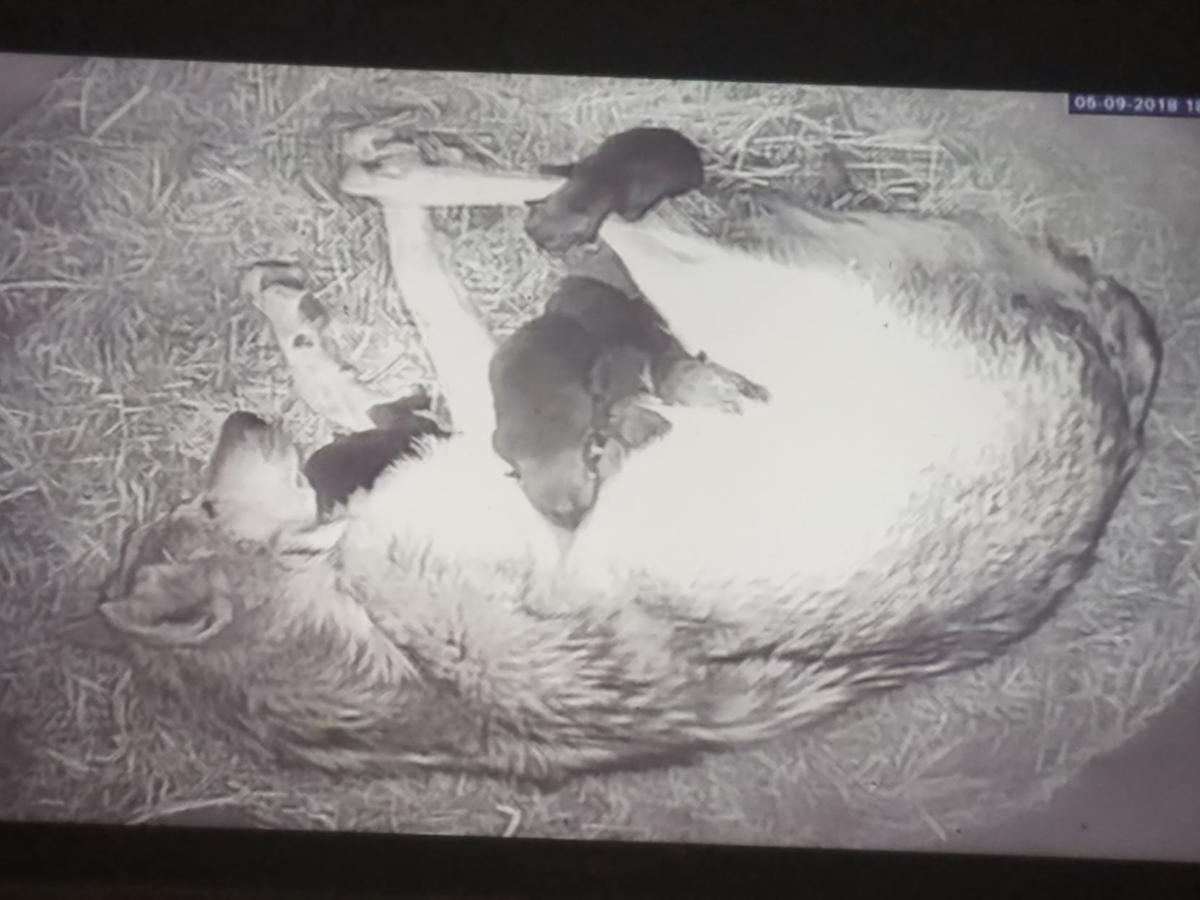 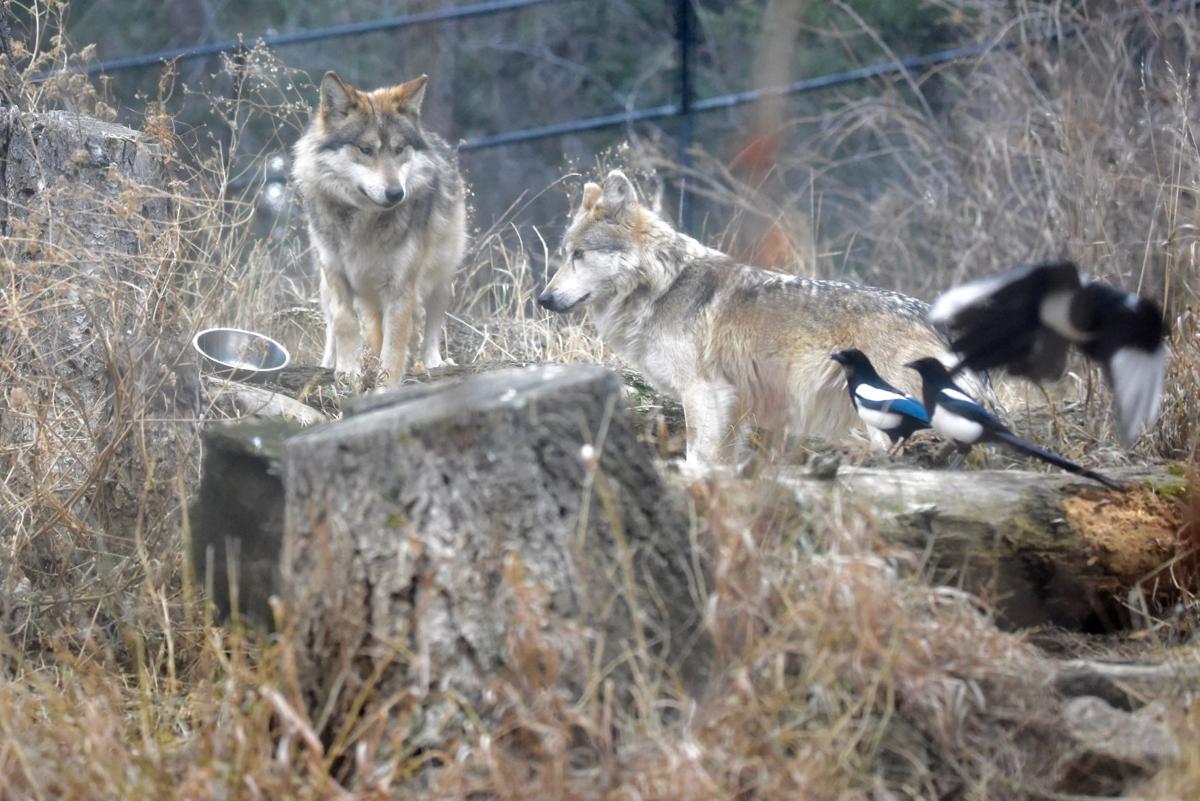 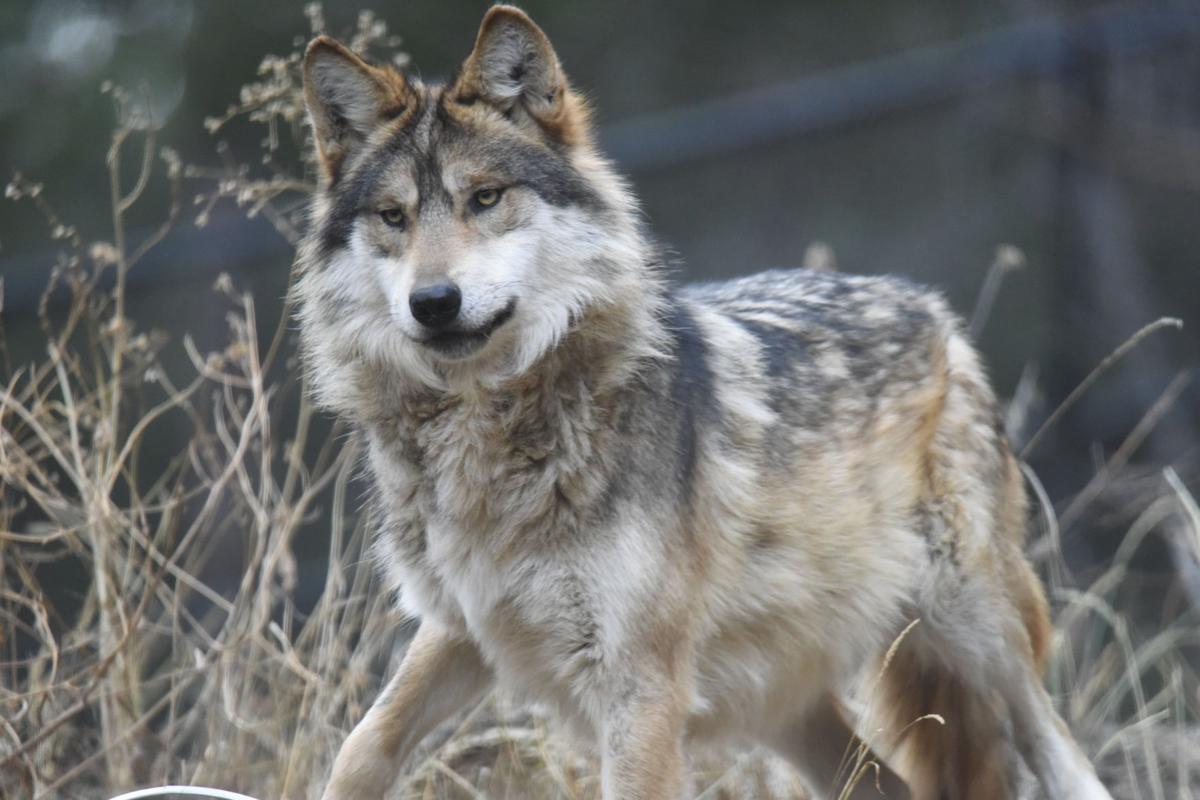 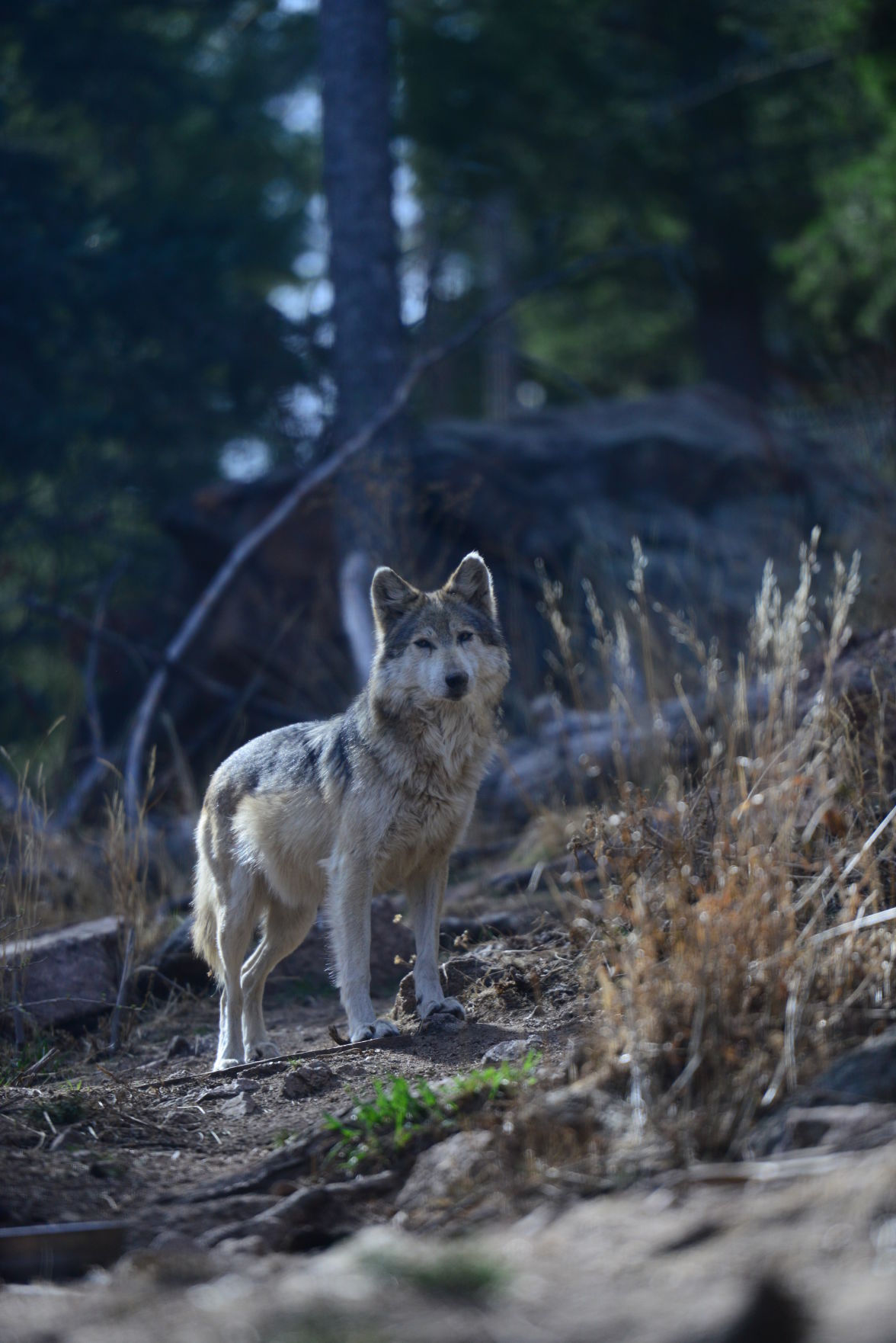 Only 114 Mexican gray wolves exist in the wild, the zoo said in a release. About 300 live in human care.

Until the 1900s, the animals thrived throughout central Mexico, Arizona, New Mexico and western Texas. But by the 1950s, the species was virtually wiped out, with the last known wild wolf in the U.S. shot in 1970. Their number has since been increased through captive breeding programs.

However, the species remains "the most endangered subspecies of wolf in the world" and are listed as endangered under the Endangered Species Act, says the conservation nonprofit Defenders of Wildlife.

The number of pups in Luna's litter is unknown because she "is showing quality maternal instincts" and zoo staff have not yet intervened, the release says. Staff members are monitoring Luna and the pups via a camera mounted inside the den.

"The camera is connected to a monitor in the guest viewing area, so once the exhibit is reopened to the public (Thursday), everyone who visits the zoo will be able to see footage of mom and babies at the exhibit," the release says.

The zoo housed a pack of male wolves for many years, but within the past seven years, the Association of Zoos and Aquariums' Species Survival Plan has placed breeding pairs at Cheyenne Mountain Zoo.

"Until now, none of the breeding pairs have been successful," the release says. "Luna's successful pregnancy is notable because she has very valuable and underrepresented genetics that the SSP was eager to have carried on in the captive population. When they are older, it is possible that Luna's pups could be released to the wild to help provide genetic diversity in the wild, as well."

The pups' father is Navarro, who came to Cheyenne Mountain Zoo last November. His genetics also are considered valuable, the release says.

"We knew there was possibility that Luna, our 10-year-old female, was pregnant, but it is also fairly common for wolves to experience pseudo pregnancies," Dina Bredahl, animal care manager for Rocky Mountain Wild, said in the release. "Pseudo pregnancies exhibit the same behavioral and physical changes in the mother, so we were cautiously optimistic that this was an actual pregnancy. The keepers and I are thrilled that she has given us pups!"

A giraffe born last month at Cheyenne Mountain Zoo was fitted Wednesday with casts on her front legs.