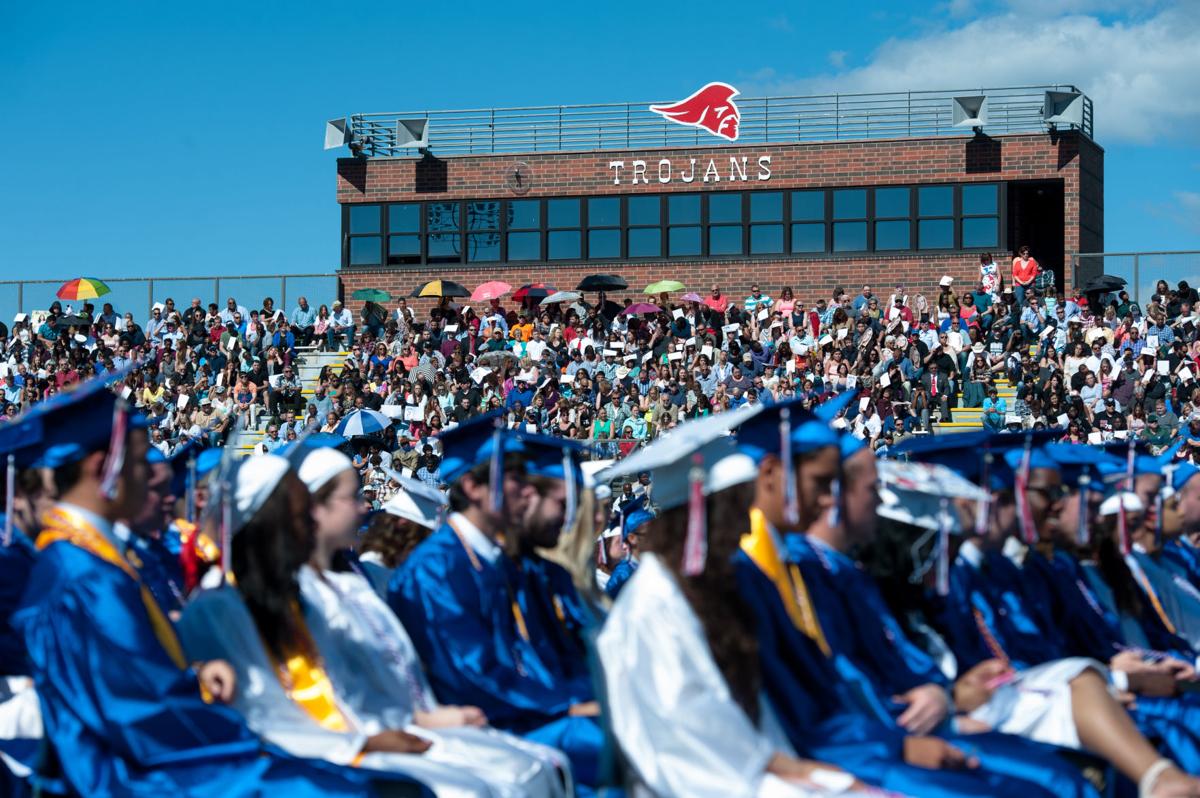 The Fountain-Fort Carson High School graduation was held at Guy R. Barickman Stadium on Saturday, May 28, 2016. Photo by Ryan Jones, The Gazette 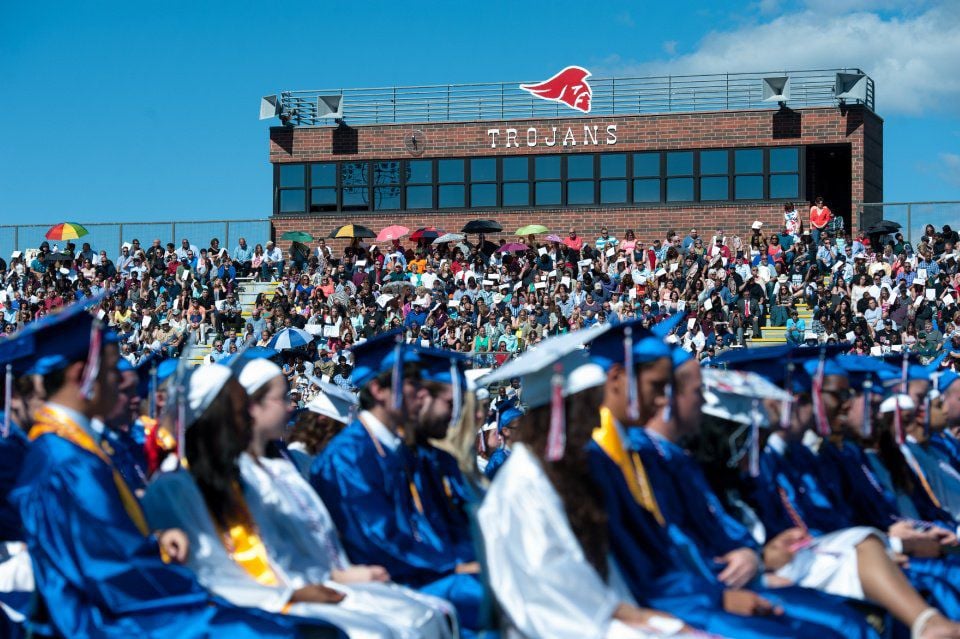 The class of 2016 had their graduation ceremony at Fountain-Fort Carson High School on Saturday, May 28, 2016. (Gazette file photo)

The Fountain-Fort Carson High School graduation was held at Guy R. Barickman Stadium on Saturday, May 28, 2016. Photo by Ryan Jones, The Gazette

The class of 2016 had their graduation ceremony at Fountain-Fort Carson High School on Saturday, May 28, 2016. (Gazette file photo)

FOUNTAIN - No more shaving cream tussles and other celebratory horseplay on the last day of school for Fountain-Fort Carson School District 8 students.

A longstanding town tradition - an unsanctioned party in the city park after school lets out on the final afternoon - has been called off this year, parents and students recently learned.

"It wasn't by a large majority of kids," he said. "It's always a minority of certain groups that end up messing it up for the larger part."

When police tried to intervene, some students used vulgar language and yelled churlish chants at the officers, Heberer said.

"It turned out to be a hostile activity," he said. "There were words exchanged between kids and police, and parents got involved. We don't want that to happen again and blow up. We don't ever want to put our kids and police at opposing sides."

As a result, the police department, city officials and the school district say this year's gathering at the park has been canceled.

A letter from Heberer, City Manager Scott Trainor and D-8 Superintendent Keith Owen went out to parents last week, informing them that students won't be allowed to get together at either Metcalfe or Aga parks after school dismisses on May 26.

Heberer said police will be stationed at the parks to ensure students abide by the new rule.

"We'll be there to make sure students get home safely," he said. "Hopefully, they can find another pastime, another way or another venue to celebrate the end of the year."

The unofficial, grassroots gathering has been happening for more than a decade, said Christy McGee, D-8 spokeswoman.

Hundreds of middle school and high school students typically flood the park and engage in shaving cream fights and other goofy stuff to say goodbye to classes and hello to summer break. The event has not been officially supervised.

But parent Amber Udey said on social media that the event "always seems sanctioned, since the cops are there and play and hang out with the kids, and the whole town seems to know about it."

The shaving cream was the impetus for several kids "going after each other" last year, Heberer said.

"It was definitely potentially violent," he said.

No one was arrested.

"We could have made some arrests, but we decided not to do that," Heberer said. "It may have turned out worse. We tried to de-escalate the situation, and police ended up taking a verbal beating from the kids and parents." McGee said the district supports the recommendation from the town police and city hall.

"This is a decision and a solution the police department and the city have come to, and we want to support that for student safety," she said.

No alternative activity is planned, McGee said, because "This was not organized by us - it may have looked like that - but it wasn't."

The letter stated that city property was damaged last year, and cleanup by city crews also has become a problem.

"It has been a tradition as long as I can remember," she said on Facebook. "I really don't consider it destruction of property. So sad. Let's let kids be kids."

Community reaction has been mixed.

"Sadly, a couple of kids do not know how to handle themselves or use the opportunity to do damage to property or others," said parent Karen Daughtery. Her kids have attended the celebration and "for the most part have had a great time," she wrote on Facebook.

Danielle Diepeveen, another D-8 mom, said it's too bad the city or school district couldn't organize a replacement.

"Turn it into something good and fun, instead of banning it," she said on Facebook. "It's an opportunity lost for the city and its officials to encourage good behavior and set an example for our youth."

McGee said it's understandable that opinions differ about the decision.

"You have people attached to the event and are sad to see it discontinue, and people who understand when bad things happen that can change things and decisions have to be made around that," she said.