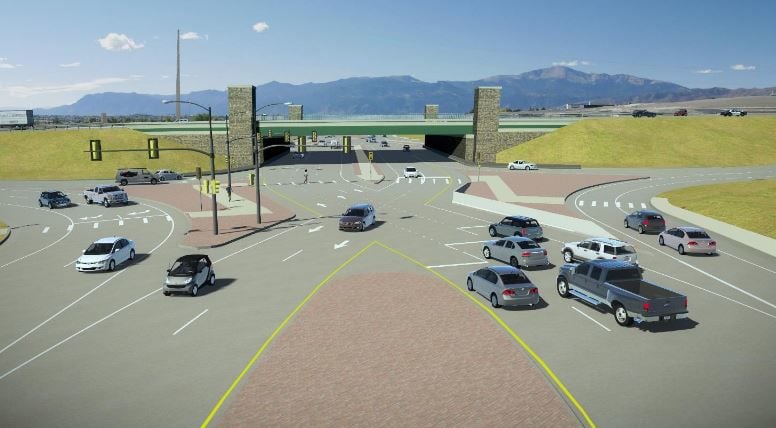 The proposed design for Powers Boulevard at Research Parkway. 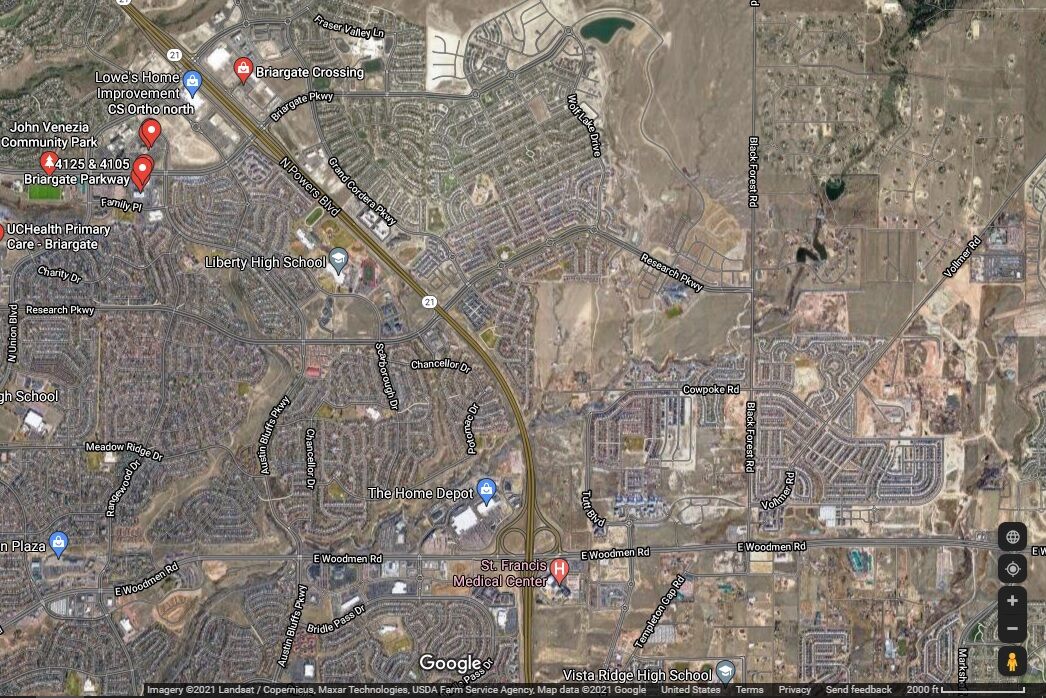 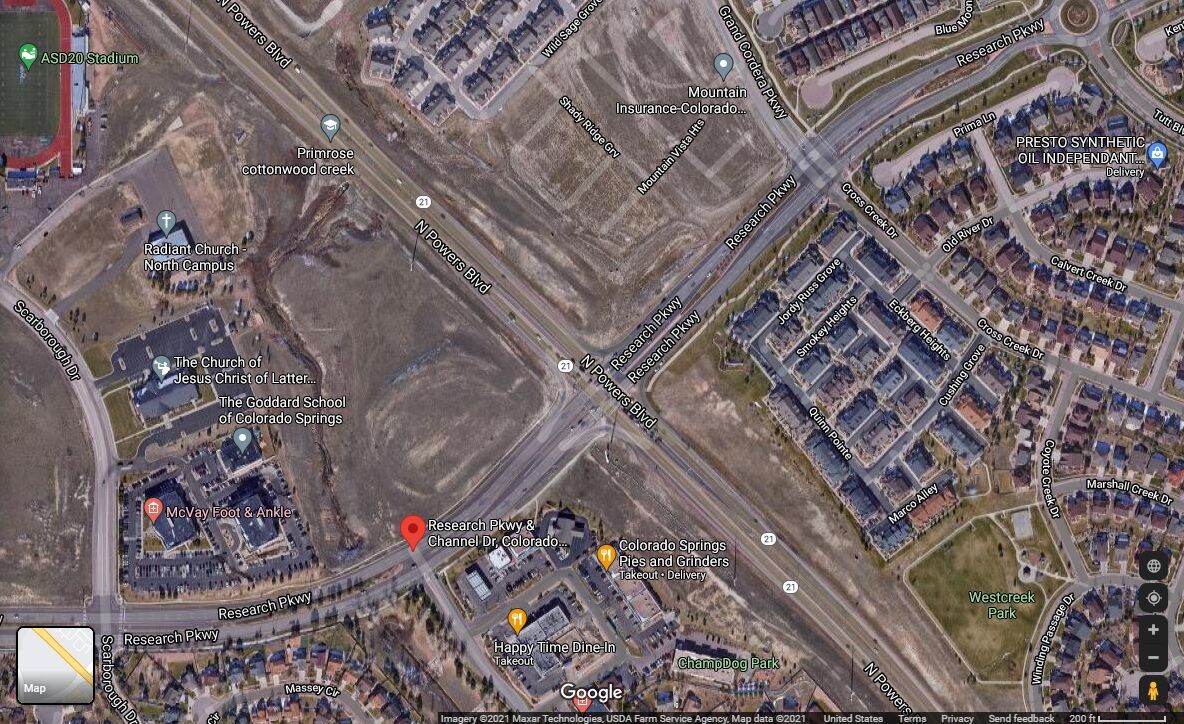 Sunday through Tuesday from 7 p.m. to 5 a.m. crews will close the westbound left and right turn lanes, as well as the eastbound right turn lane, on Research Parkway between Grand Cordera Parkway and Channel Drive.

From 9 p.m. Wednesday through 6 a.m. Thursday, drivers can expect double right lane closures along northbound Powers Boulevard, and left lane closure on Powers between Woodmen Road and Research Parkway. Crews will close the right and left lanes on Powers Boulevard between Woodmen Road and Research Parkway from 9 p.m. Thursday through 6 a.m. June 18.

Speeds will be reduced to 45 mph on Powers Boulevard and to 35 mph on Research Parkway during the work, transportation officials said. Motorists should expect delays. The work is weather-dependent.

The project will turn the heavily trafficked crossing into what's known as a “diverging diamond interchange” similar to the one at Fillmore Street and Interstate 25, with vehicles on Research Parkway crossing to the opposite side at a traffic light so left-turning drivers don’t have to cross oncoming traffic. Powers Boulevard would run above Research with no traffic light.

Overnight delays expected on I-25 starting in June

Drivers can expect overnight lane closures to cause delays on Interstate 25 near North Gate Boulevard starting in June, transportation officia…